Hundreds of millions of dollars are now flowing out of FTX wallets, some speculate liquidators but it's late on a friday night, not typical times for such rapid heavy movements. Some withdrawals are being swapped from Tether to DAI. Hack or insider actions? $26 million here https://t.co/8wWlaE7na9 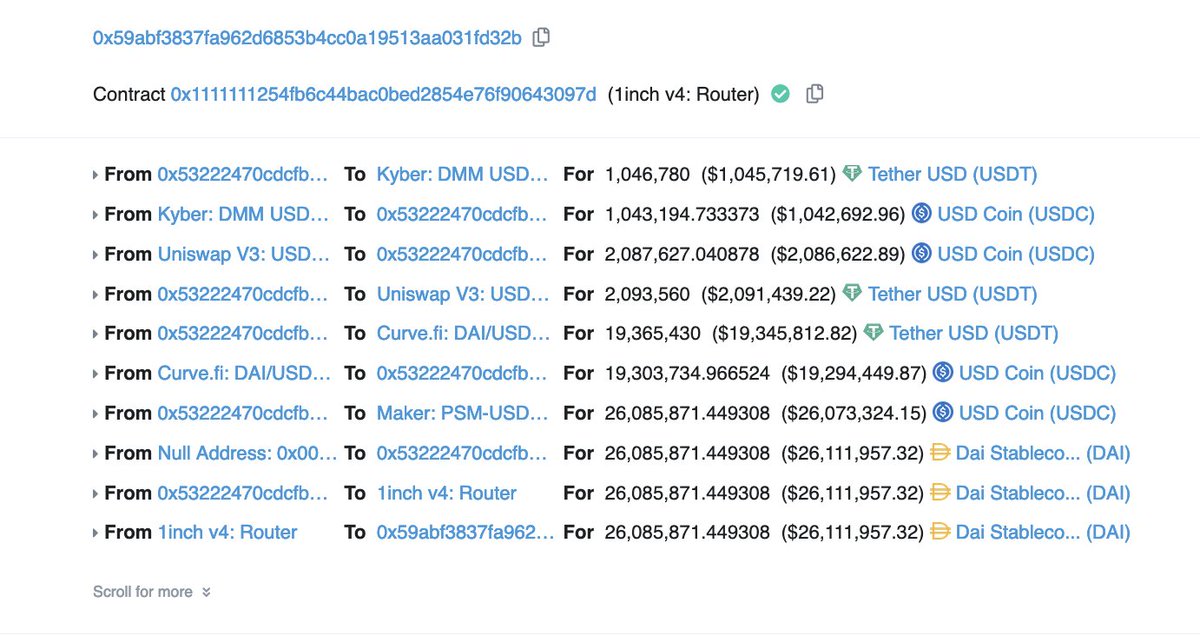 They seem to be moving everything https://t.co/lFDgNgqukF

After swapping USDT for DAI (more censorship-resistant?), they just swapped $44 million of stETH for ETH, eating huge slippage. This is super sketchy, no liquidator would be taking actions like this https://t.co/QRjKEN4g9T

somebody sent an onchain message to the recipient account with 4byte selector `0x3d24a1ff`, which is the hash of function name "Rug Pull All"

Love my followers, this site is worth $8 https://t.co/GGGDSjXXjc

Also getting hit hard on the Solana side, $90 million flowing into a fresh wallet there https://t.co/B7HRf0Lv3l

Thousands of Wormhole ETH is getting bridged from Solana into the Ethereum wallet now https://t.co/01KpKVAUGr

They're now using a second address for the shitcoins

smaller in number but the withdrawals continue flowing

General counsel @_Ryne_Miller says he doesn't know why the funds are moving. If part of a liquidation order, he would definitely be clued in. Must be malicious, the question is then whether it's an inside or outside job. Not great https://t.co/QsgKnwYlH6

Another fun fact: "built by traders, for traders" was the tagline for both companies https://t.co/MeIYLcjwk9