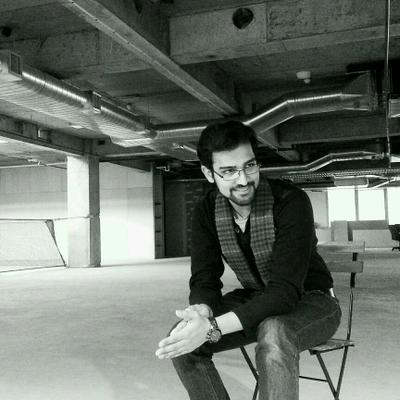 Good morning Australia. Without further ado, I now present the #AusPoll2019 Minor-Party Cheat Sheet. We have a whopping 49 micro-parties contesting the Senate and Lower House this week - so here's a rough guide to help you know more about them. #auspol #ausvotes 1/35

2019 Minor Parties are rife with misleading names and vague policies wrapped up in fancy packaging. This guide was made to inform and is for my own reference, I am not a member of any party, my opinions here are purely my own and should be viewed as such. No LNP, ALP, GRNs. 2/35

For more Blatantly Partisan Party Reviews, head over to @DrDreHistorian. Alrighty then, here we go: Parties running for multiple states inc. VIC first, then we'll drill down into the smaller NSW, QLD, SA, TAS, WA and NT-only parties after. In ballot order: 3/35

Republican Party of Australia: The RPA is a single-issue party, dedicated to ending the country's links with the United Kingdom. "Change the flag, change the date, change the head of state." Their website is riddled with malware so Republicans beware. 4/35

Socialist Equality Party: Proper socialists, albeit a tad too intense: anti-establishment, anti-corp, anti-war. Their guiding principle being that that capitalism is the cause of all things wrong in the world, socialism being the only solution. 5/35

The Small Business Party: The SBP want to abolish land and payroll taxes, cut energy prices and 'red tape' costing businesses thousands - yet fail to specify how they will make up for lost revenue streams. No policy on climate change or the big issues facing everyone else. 6/35

Christian Democratic Party (Fred Nile Group): State that they "exist to glorify God in government", declaring the need for Australia to be a "Christian Commonwealth". Anti-LGBTQ, anti-abortion, anti-euthanasia, no sound climate policy, economics based on biblical principles. 7/35

United Australia Party: Clive Palmer has spared no expense splashing out $150M for his election ads, despite not paying his QLD workers $70M in entitlements letting taxpayers foot the bill. UAP are massively pro-coal, anti-refugee, while promising tax cuts for the wealthy. 8/35

Shooters, Fishers and Farmers: Right-wing anti-environmentalist party that does what it says on the tin. Seeks to bring back guns into the country by reversing the 1996 National Firearms Agreement of COAG and 'reducing Government interference'. 9/35

Climate Action! Immigration Action! Accountable Politicians! Formerly known as the Online Direct Democracy, they do not stand by any policies - like VOTEFLUX (21/35) they aim to outsource the legislative process to the people via online polls. 10/35

Help End Marijuana Prohibition (HEMP) Party: Purely a single-issue party running to legalise marijuana. They believe related drug trafficking crimes will disappear as a result, and will instead stimulate the economy by promoting legal sales. 12/35

Citizen's Electoral Council: A party that seriously believes man-made climate change is a hoax pushed by the British royal family to cause global genocide, with David Attenborough leading their imperial forces to global domination. Simply put, they're not of sound mind. 13/35

Australian Democrats: the AD markets themselves as being in the political centre, yet echo the same sentiments of the sustainable population crowd blaming immigration. Policies include progressive tax reform, migration control, and housing affordability. 14/35

Pauline Hanson's One Nation: When ON are not trying subvert our laws for a foreign pro-gun lobby, they're at war with their own. 2 weeks ago 'family-values' senator Steve Dickson resigned after leaked vids showed him groping women while boasting about sleeping with Asians. 19/35

VOTEFLUX | Upgrade Democracy! Crowdsourcing democracy. The Flux Party has no policies, no platform. Instead, members of the public would vote ‘yes’ or ‘no’ on each bill before parliament via the Flux app, which would instruct the party’s senator on how to vote. 21/35

Animal Justice Party: Formed as a response to growing public concern and shifting attitudes about the neglect of animals and animal protection issues by political parties. Strong on veganism and animal rights. 23/35

Rise Up Australia Party: they represent the worst of the Christian far-right seeking to "keep Australia great" by assimilating everyone into 'one culture'. Hostile, hateful, exclusionary and irrational. Chest-thumping xenophobes who masquerade as blue-caped crusaders. 24/35

Sustainable Australia: Seek to make the country's population and environment 'sustainable' by reducing immigration and revising international trade. Decent climate policy, yet they have a history of opposing anything pro-development including useful public projects. 25/35

Australia First: AFP, or as they should be called, the White AF Party, is a white supremacy group rivaling the xenophobia and racism of Fraser Anning's Conservative National Party, and that's saying something. Contesting Lower House seats in Lalor, Lindsay, Longman & Swan. 28/35

The Great Australian Party: A hosh-posh of random conservative ideas headed up by ex-One Nation Senator Rod Culleton after being disqualified from Parliament in 2016. Lacking any real substance or financial backing, they are anti-vaxx, anti-flouride, and pro-Constitution. 29/35

Australian Better Families: Misleading name for a party which is essentially a men's rights activist group with strong ties to the Australian Brotherhood of Fathers. Their 21Fathers campaign supports men's mental health, all the while accusing women of causing male suicide. 30/35

Health Australia Party: Formally known as the Natural Medicine Party. They present a cheerful facade about being "healthy choice", in reality they are anti-vaccination, anti-flouride, and push Big Pharma conspiracy theories. 31/35

[QLD] Katter's Australia Party: A right-wing country party lead by the outspoken Bob Katter. Pro-socialist in the country, anti-welfare and anti-immigration in the cities. Heavily anti-Environment: pro-hunting, pro-coal, pro-logging, with a splash of climate-change denialism. 36/

[SA] Child Protection Party: the CPP are true to their namesake, existing solely for the needs of children in the family court and ending all forms of child abuse. Founded and represented by workers with professional expertise in child-related welfare. 37/

[SA] Centre Alliance: a.k.a the Nick Xenophon Team. "Common-Sense" does most of the talking for this party's policies, which leaves a little more to be desired of from group of Independents. Pro-SA rhetoric, nothing concrete or passionate for the country at large. 38/

[TAS] Jacqui Lambie Network: Running on the slogan "Tasmania First" the JLN seek to reform more than TAS: opposing the deployment of AUS forces to the Middle East, greater funding for Veterans, recognition of Indigenous peoples, and funding for more technical apprenticeships. 39/

[WA] Australian Christians: A right-of-centre religious party who on the surface seem environmentally responsible and ambitious, yet serve only to sow doubt on evidence-based policies while advocating for a more Christian Australia and the need to "restore fatherhood". 40/

[WA] Western Australia Party: The WAP advocate to bring both public sector and private agencies back to the West with the help of conservative policies: pro-coal power, tax-cuts to the richest, border control and a vaguely hollow climate policy. 41/

[ACT][QLD][SA] Australian Progressives: Seek to bring together the centre-right and centre-left on the most hot-button issues: climate change, ethics, equality, evidence-based policy. Running only in Lower House in ACT, Longman and Sturt. 42/

[NSW] Non-Custodial Parents Party (Equal Parenting): A dad's rights activist group that seeks to abolish Child Support systems and reform the Family Court to fix supposed biases within the system. Running in the Lower House only in the seat of Cunningham. 45/

[NSW] Seniors United Party of Australia: Concerned with protecting aged pensions, franking credits, medical entitlements, and redressing abuse and shortcomings in the aged care sector. Also SUPA: everything wrong with the country is the fault of migrants. 46/

[NSW] The Women's Party: Pro-gender quotas in Parliament, greater attention to women's issues, addressing domestic violence and income inequality. Would be a perfect party if they delved into the implications such measures would have on our electoral system. 48/

[NSW][QLD][WA] Involuntary Medication Objectors (Vaccination/Fluoride) Party: Just in case Health Australia wasn't anti-vaxx enough for you. This party is comprised of tin-foil conspiracy theorists who were all probably vaccinated as children. 49/

[QLD][WA] The Australian Mental Health Party: Meaningful and robust policies that seek to reform the way Australia deals with mental health to make it a "person-centered" system. Greater policies for enviro, economy and the country are also presented with this centric view. 52/

..and that's a wrap! Hope you find this guide useful, do let me know if I've missed out on any micro-parties. Head over to @DrDreHistorian, @catescates and @jordan_mcswiney for more fiery detailed breakdowns + analyses. Good hunting! #AusVotes19 #Auspol