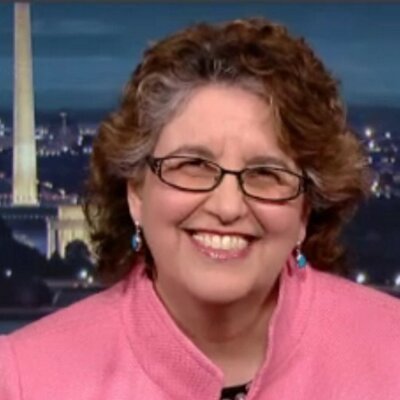 Funny story. The @FEC puts out a "Weekly Digest" of everything we do, an immensely helpful public resource. Check it out, and subscribe, here:

GOP FEC Commissioner Caroline Hunter took the altogether unprecedented step of objecting to its being added to the Digest and blocked publication of the whole Digest as a result.

I always thought these anti-regulatory people liked the First Amendment well enough. I guess they think it's just for corporations.

I'm not fond of anyone trying to suppress my speech.

And I think the public should absolutely not miss out on this week's Digest. So! Because Commissioner Hunter has blocked the Commission from publishing the FEC's Weekly Digest, I have decided to publish the information myself here on Twitter.

Information from the @FEC's Weekly Digest

The Commission made public five closed cases and one Statement of Reasons, as follows. For more information, see the case documents in the Enforcement Query System: https://t.co/IaGyCbZICW

SUBJECT: The complaints alleged that SWT, a political marketing firm, and Stone,…

…SWT’s founder, president and CEO, violated the sales and use provision of the Federal Election Campaign Act of 1971, as amended (the Act), by compiling a commercial mailing list using the names and …

addresses of contributors obtained from FEC disclosure reports, which was then used to make solicitations.

DISPOSITION: The Commission entered into a conciliation agreement providing for SWT to pay a civil penalty of $25,000 and dismissed the allegations as to Stone.

COMPLAINANT: Robert Secaur
RESPONDENTS: Friends of Sherrod Brown and Judith Zamore, in her official capacity as treasurer (the Committee); and Whirlpool Corporation (Whirlpool)

SUBJECT: The complaint alleged that Whirlpool made and the Committee accepted a prohibited in-kind corporate contribution when Whirlpool employees were depicted in a Committee campaign advertisement.

…clarify that the appearance of the Whirlpool logo and employees in the ad did not amount to an endorsement by Whirlpool.

SUBJECT: In the normal course of carrying out its supervisory responsibilities, the Commission initiated proceedings to determine …

…whether there was reason to believe TPMF failed to provide supporting schedules on its disclosure reports for independent expenditures totaling over $1.8 million made during the 2016 election cycle, including disclosure of debts and filing of 48-Hour Reports.

DISPOSITION: The Commission entered into a conciliation agreement providing for TPMF to amend its reports to reflect independent expenditures and debts accurately at all times and to pay a civil penalty of $100,000.

COMPLAINANT: FEC-Initiated
RESPONDENT: American Delta Party and Suzan Korth, in her official capacity as treasurer (the Committee)
SUBJECT: In the normal course of carrying out its supervisory responsibilities, the Commission initiated proceedings …

…to determine whether there was reason to believe the Committee received an excessive contribution of $25,000 from an individual and a $7,000 prohibited contribution from a limited liability corporation disclosed on its 2016 August Monthly Report.

DISPOSITION: The Commission entered into a conciliation agreement providing for the Committee to pay a civil penalty of $5,500.

The Commission made public seven closed cases, as follows. For more information, see the case documents in the Enforcement Query System: https://t.co/RtWzJs9Fcx

3482
Eric for Us and Elizabeth Perez, in her official capacity as treasurer. The Commission made a final determination and assessed a civil penalty of $445.

3483
Daniel Freilich for Congress and Sondra Tova Freilich, in her official capacity as treasurer. The Commission made a final determination and assessed a civil penalty of $291.

3484
Angie Chirino for Congress and Jorge Mirabent, in his official capacity as treasurer. The Commission made a final determination and assessed no civil penalty.

3485
Deedra 2018 for US Senate and Marlene Binnion, in her official capacity as treasurer. The Commission made a final determination and assessed a civil penalty of $630.

3486
Committee to Elect Tahirah Amatul-Wadud and Yasmin Tempro, in her official capacity as treasurer. The Commission made a final determination and assessed a civil penalty of $1,702.

3488
Mindi for Congress and Justin Messmer, in his official capacity as treasurer. The Commission made a final determination and assessed a civil penalty of $1,387.

3565
Jill Stein for President and Steven Welzer, in his official capacity as treasurer. The Commission made a final determination and assessed a civil penalty of $728.

On September 23, Chair Ellen L. Weintraub discussed the role and work of the Commission with students from Fairport High School in Rochester, NY.

On September 26, the Commission issued the Statistical Summary of Six-Month Campaign Activity of the 2019-2020 Cycle: https://t.co/Zk5YTCBIVE

A hearing before the Committee originally scheduled for September 25 has been postponed until an as yet undetermined later date.

October 16: The Commission is scheduled to meet in executive session: https://t.co/FFRU0EEOF7

October 17: The Commission is scheduled to hold an open meeting: https://t.co/yX8nZKW8Ct

Meeting dates are subject to change. Please contact the Press Office the week of the scheduled meeting for confirmation.

For more information on quarterly reporting dates, refer to the 2019 Quarterly Reporting page of the Commission website.

For more information on monthly reporting dates, refer to the 2019 Monthly Reporting page of the Commission website.

On October 29-30, the Commission will host a Regional Conference in San Diego, CA for candidates, political parties, and political action committees: https://t.co/KVK5WmysNF

FEC Notify
Want to be notified by email when campaign finance reports are received by the agency?
Sign up here: https://t.co/4ti6EUxIPw

Additional research materials about the agency, campaign finance information, and election results are available through the Library section of the Commission website.

…to order printed copies of the CFR at no charge. You may also email the Information Division to place an order at info@fec.gov.

This publication identifies the federal and state agencies responsible for the disclosure of campaign finances, lobbying, personal finances, public financing, candidates on the ballot, election results, spending on state initiatives and other financial filings.

Federal Elections 2016: Election Results for the U.S. President, the U.S. Senate and the U.S. House of …

…Representatives is available [ https://t.co/EMcpGnsucT ]. The data was compiled from the official vote totals published by state election offices. To order a printed copy, please contact the FEC’s Public Records Office at 800/424-9530 (option 2) or 202/694-1120,

…or send an email to pubrec@fec.gov.

The FEC Record is available as a continuously updated online news source: https://t.co/eJvFsf4doy

…to watch instructional videos that have been designed to help candidates and committees comply with federal campaign finance laws. Note that the FEC is not currently available through other social media platforms at this time.

The use of the agency’s logo, name, and likeness on other media has not been authorized by the FEC.