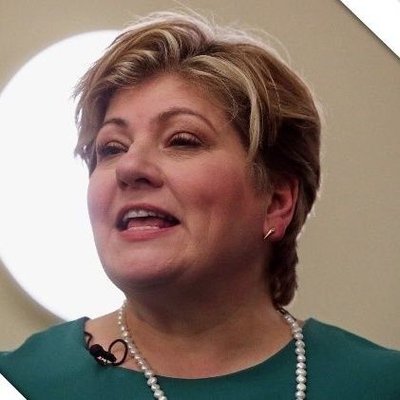 The Sunday Times today carries jaw-dropping extracts from the new Liz Truss book about three overseas trips she made shortly after becoming Trade Secretary in 2019. In this thread, I want to focus on one aspect of those revelations: her expenses. (1/10). https://t.co/WVlSOzOpPD

Earlier this year, I exposed the fact that Truss had failed to declare her full taxpayer-funded expenses on two trips in late 2020 to Japan and Singapore/Vietnam, and I started looking into whether she’d done the same on previous trips abroad. (2/10) https://www.mirror.co.uk/news/politics/liz-truss-accused-hiding-truth-25863450

In the DIT’s official declarations of ministerial travel, hospitality, etc., published in Jan 2020, these were the entries for the three trips covered in today's Sunday Times story. Pay attention to the final column for the total costs of the trip, covering all expenses. (3/10) https://t.co/cKm1coNjh7 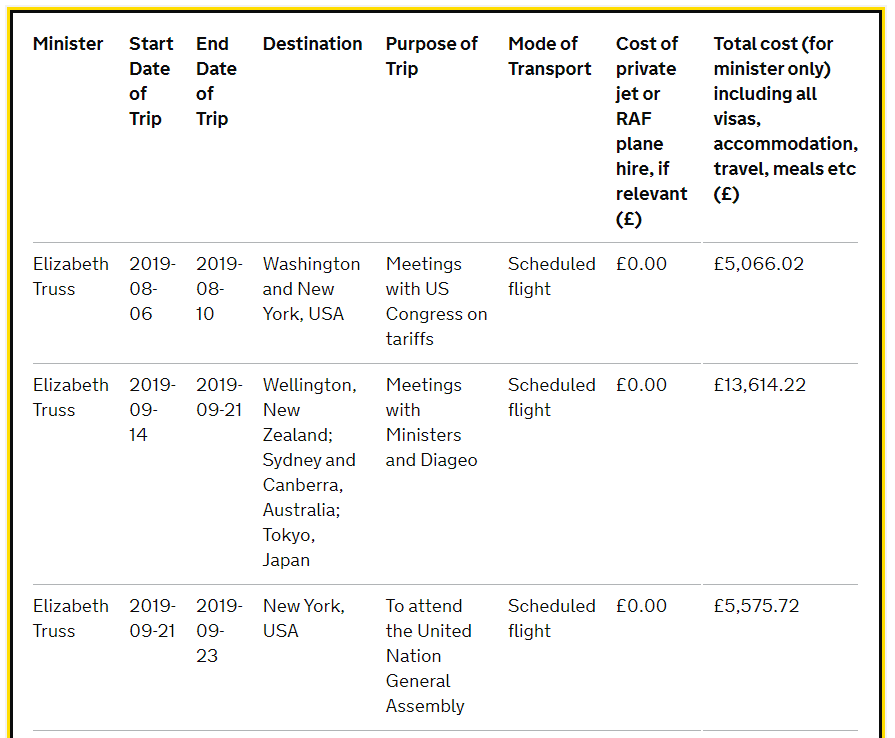 In April this year, I asked the DIT to separate out the costs of the scheduled flights that Truss had taken for these three trips, so I could work out how much she’d declared in non-travel expenses (hotels, meals, drinks, etc.) on each trip. Here were the answers. (4/10) https://t.co/QGYCglzgH1 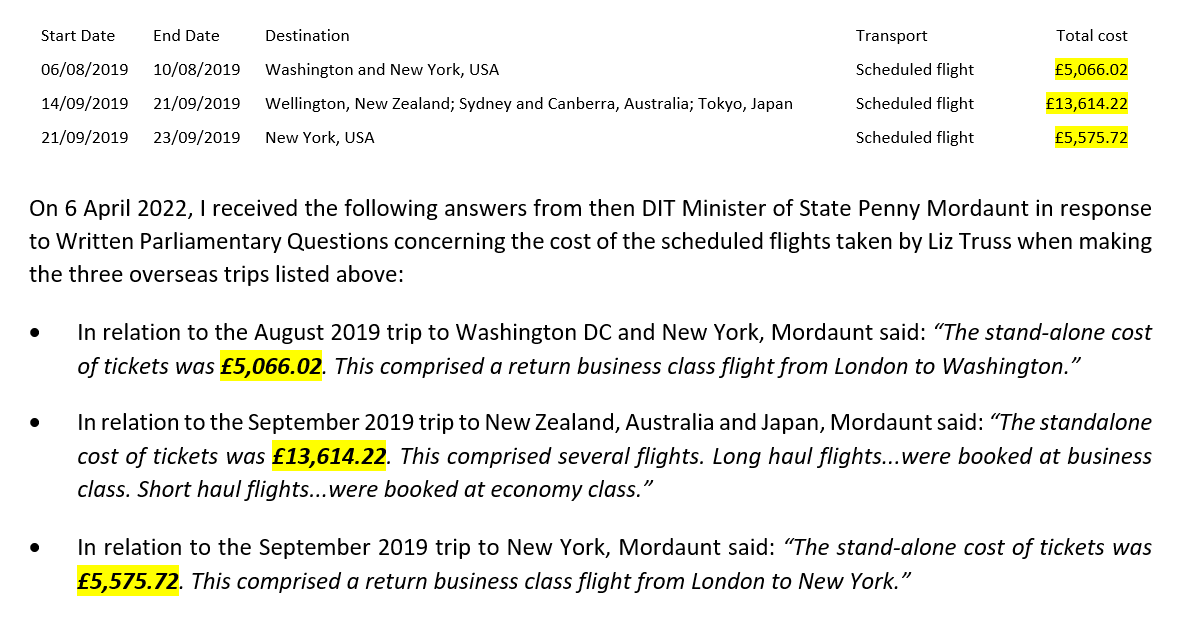 In other words, the DIT was claiming that – across these three trips, amounting to a full fortnight overseas – Truss had incurred not a penny of costs on hotels, meals, drinks and other expenses. On the back of today’s extracts, you can judge how credible that is. (5/10) https://t.co/10ELePcGJj 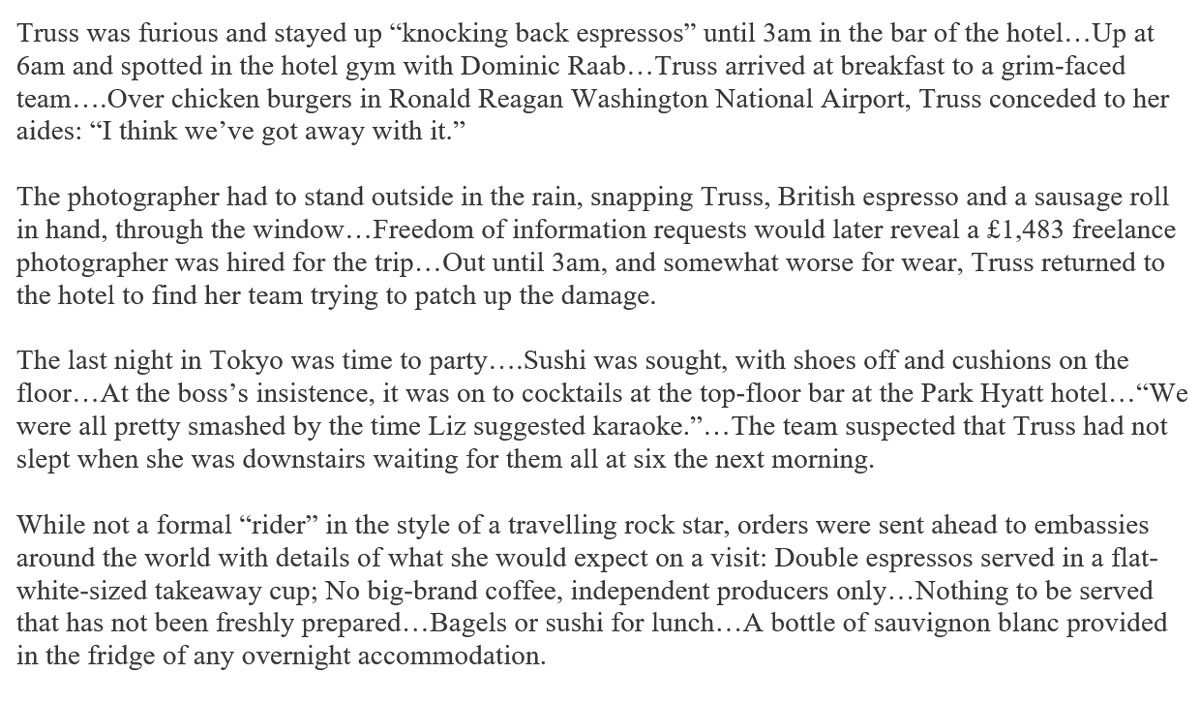 Since April, I have been pursuing answers about why zero non-travel expenses were declared for these trips. Finally, after Truss’s resignation, the DIT conceded that £540.91 was spent on three nights’ hotel accommodation in the US from 6-8 August 2019. But that is all. (6/10)

The DIT say Truss stayed in embassy accommodation throughout her NZ/Aus/Japan trip. Foreign Office records say they put her up for four nights over that time. Does that leave 1 or 2 nights unaccounted for? Based on the Sunday Times extracts, it certainly sounds like it. (7/10)

And if you think all this stopped when Truss left the DIT, think again. In her time as Foreign Secretary, I’ve identified five more overnight foreign trips – including her notorious £454,626 flight to Australia – where she claimed zero non-travel expenses were incurred. (8/10)

Of course, Truss is gone, so does any of this still matter? Well it does if you believe governments should have to tell the truth, especially where taxpayers’ money is involved, because if they get away with it in one case, they will do it again whenever it suits them. (9/10)

So I will keep digging away at this, armed with today’s fresh details. For which, all credit to @MrHarryCole and @JAHeale, and do read the extracts from their book in @thetimes if you can. It confirms everything I ever thought about Liz Truss’s approach to trade, and her job.