Going to do a long thread on the relationship between verified twitter accounts - focus on journalists - and Antifa. Warning, could be long.

We mapped the social interactions of 58,254 Antifa affiliated accounts on Twitter based on an initial seed of 16 self-identifying and verifiable Antifa accounts (and Mark Bray who chose not to confirm if he is a member of Antifa but whose book makes a solid case for inclusion). https://t.co/IveYa9hZ1W

We reduced the dataset to 1.65% of all 58,254 accounts - leaving us with 962 accounts. These were the 1.65% most connected Antifa and Antifa associated accounts on Twitter. Each had a minimum of 8 connections within the initial dataset, most having many more.

Here I just want to focus on those Twitter verified accounts that made it into this dataset of the most connected Antifa and Antifa associated accounts on Twitter. Here you can see them highlighted in green. https://t.co/gqY0Y1kxzg 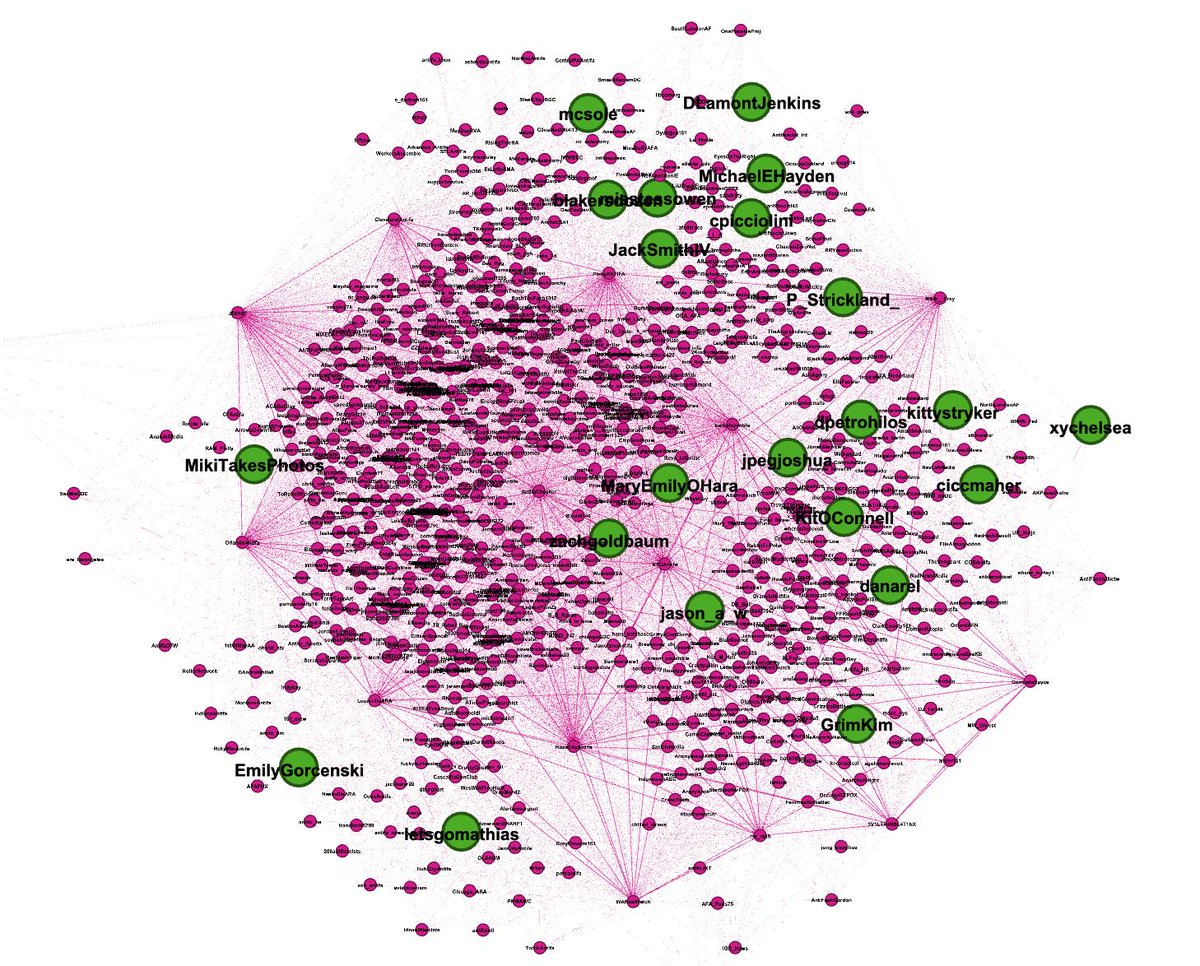 At 8 connections and above within the dataset the typical verified account is an openly self-identifying antifascist and an influential member of the Antifa movement on Twitter. For example....

Kit O'Connell, who points out his antfascist affiliation in his bio. https://t.co/y73JxW7jN3 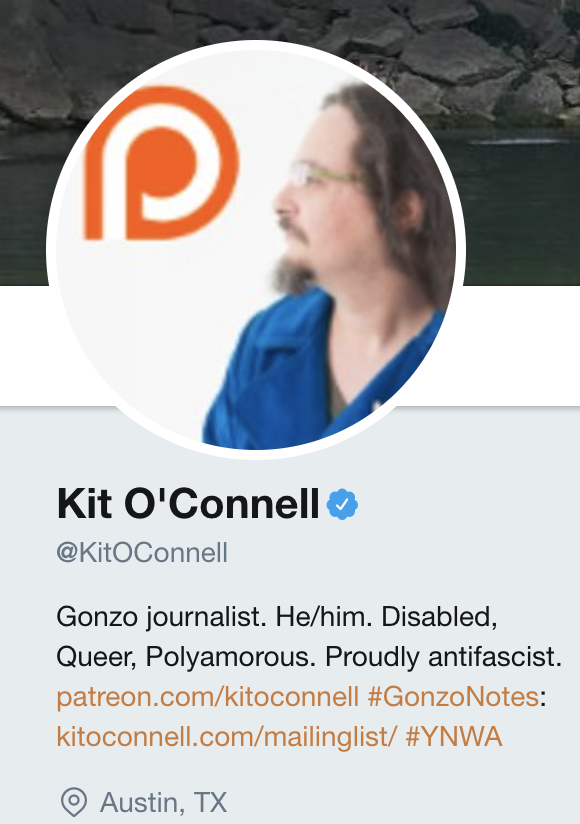 Patrick Strickland who specialises in reporting on the far right and writes (positively) on Antifa in Europe. Note the recommendation from Mark Bray, more on him in a moment. https://t.co/4xDJvCmRnS 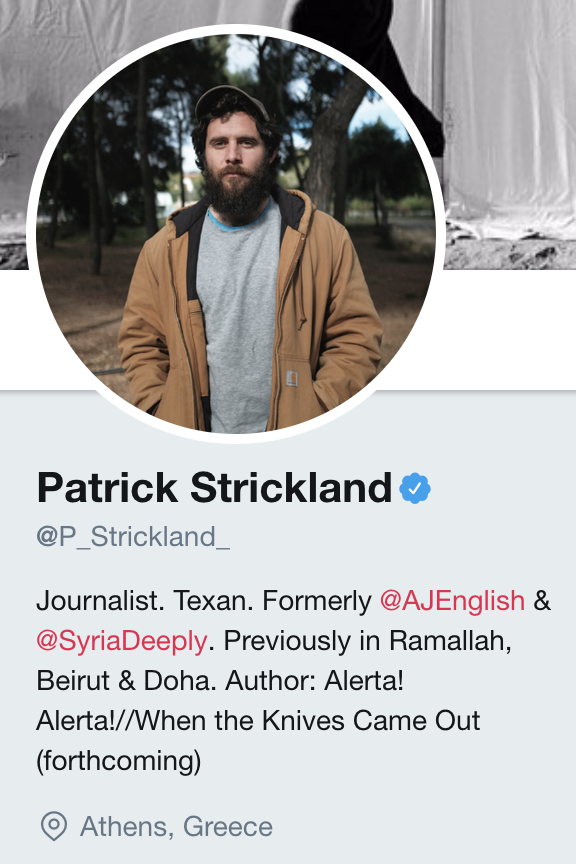 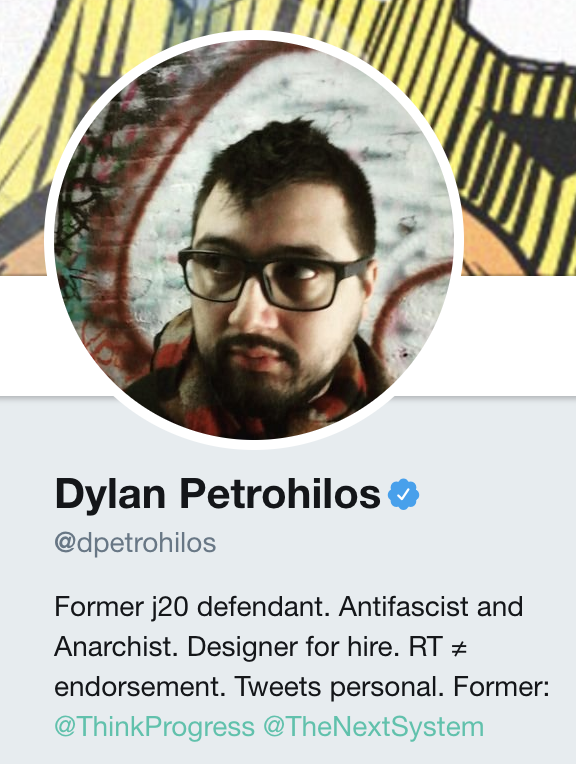 Dan Arel who self identifies as Anarchist Antifa in his bio... https://t.co/C0ZZf8UrGK 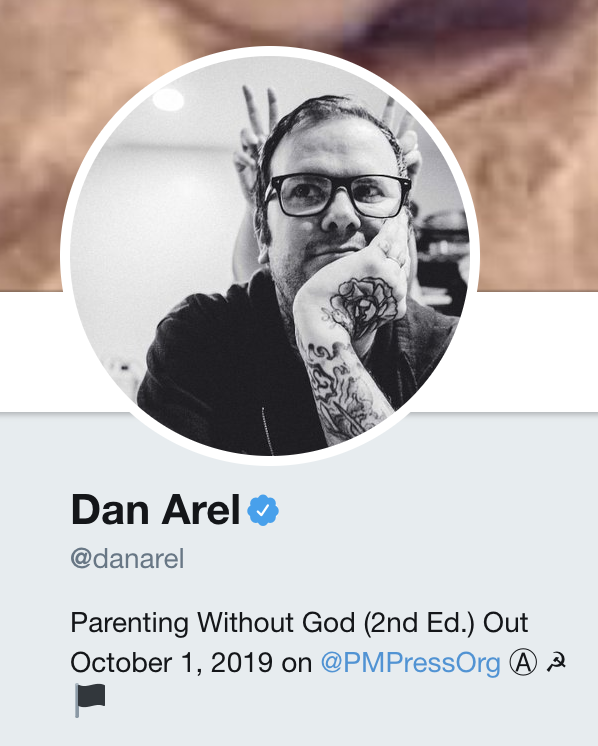 Emily Gorcenski uses Twitter to dox those she deems fascist. Further she created the "First Vigil" website that processes court documents to share the personal information of suspected members of the far right. In cases where people are found innocent (50%), info is still shared. https://t.co/vLBUi1SiMl 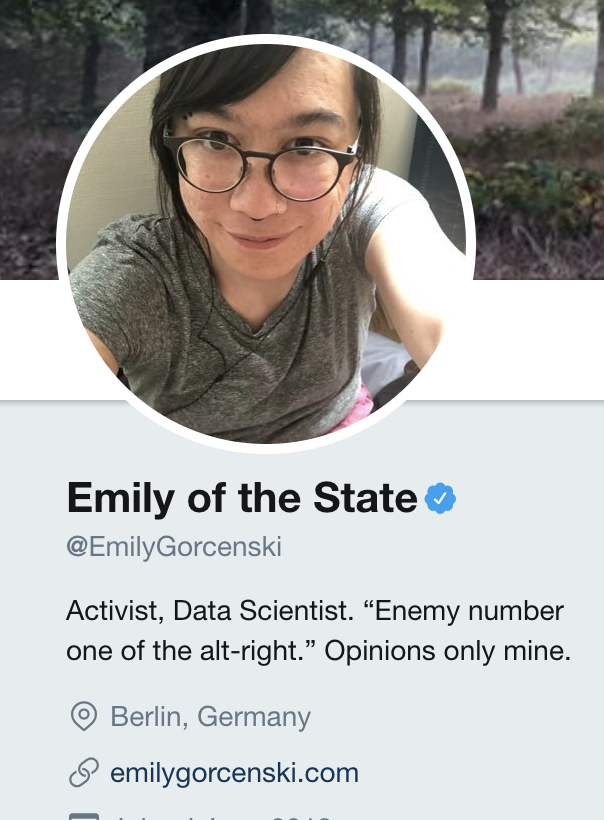 The point here being that those verified accounts that remain in the dataset at a degree range of 8+ are highly connected and in most cases closely associated with or self-identifying members of Antifa. So...on to the apparent ties between @HuffPost and @guardian to Antifa.

Jason Wilson writes for the Guardian. In a recent piece in which he reports on an intelligence report by the ROCIC which states that Antifa are responsible for street violence just as the far right are, he heavily relies on Mark Bray as a primary source to attack the report. https://t.co/yWe6dxoT1X 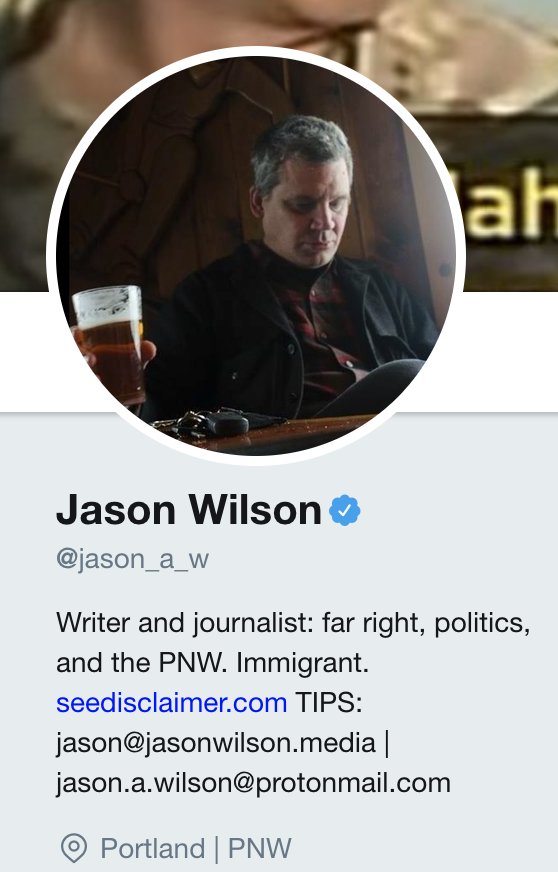 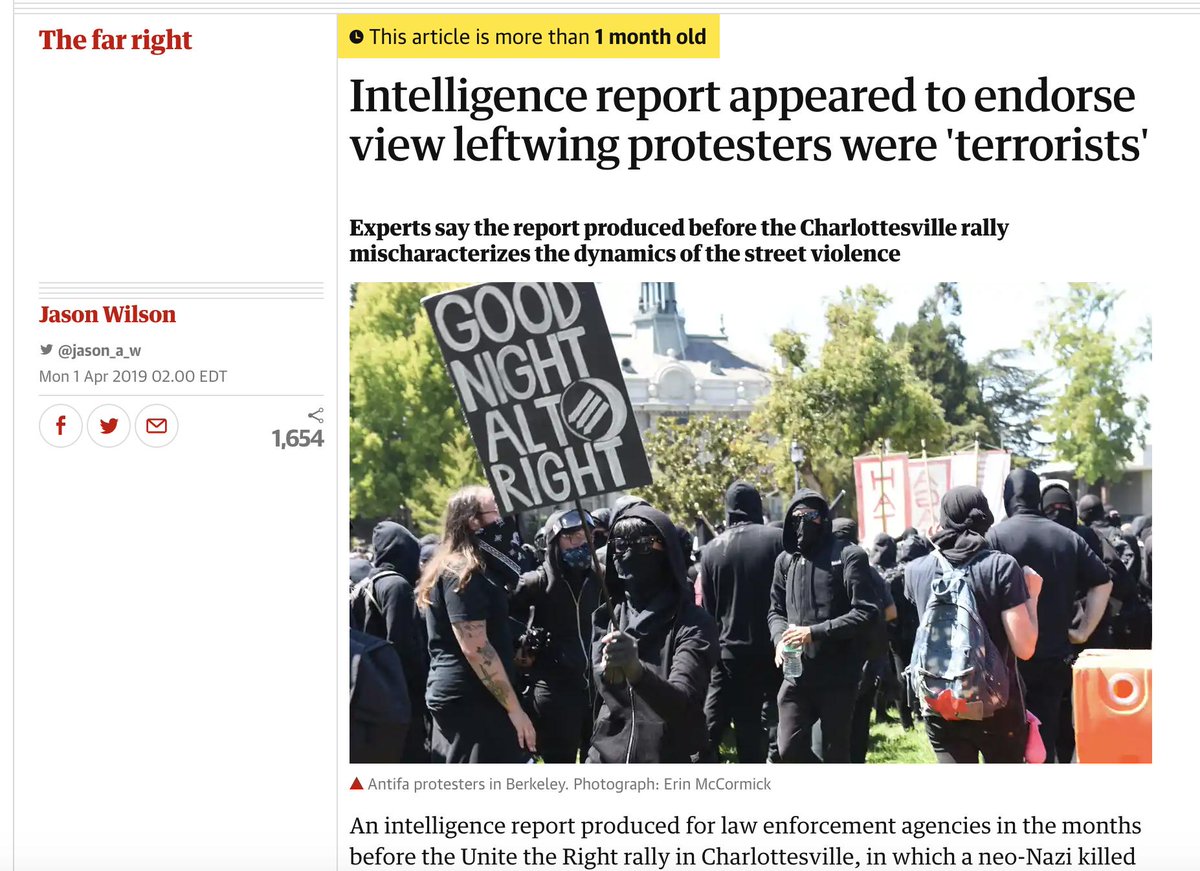 Mark Bray - also in the top 2% of our dataset - & author of Antifa: The Antifascist Handbook (he donated 50% of profits to the Antifa International Defence Fund) is a recurring Wilson source in his columns. Together they downplay Antifa violence & extremism in The Guardian. https://t.co/nhLLWzIiPW 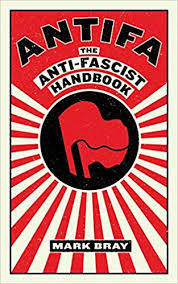 Christopher Mathias is a senior writer at @HuffPost who specialises in the Far Right. In a recent piece he wrote about members of Identity Europa he spread the doxes of several alleged members serving in the military. https://t.co/s5LY4Dxucd 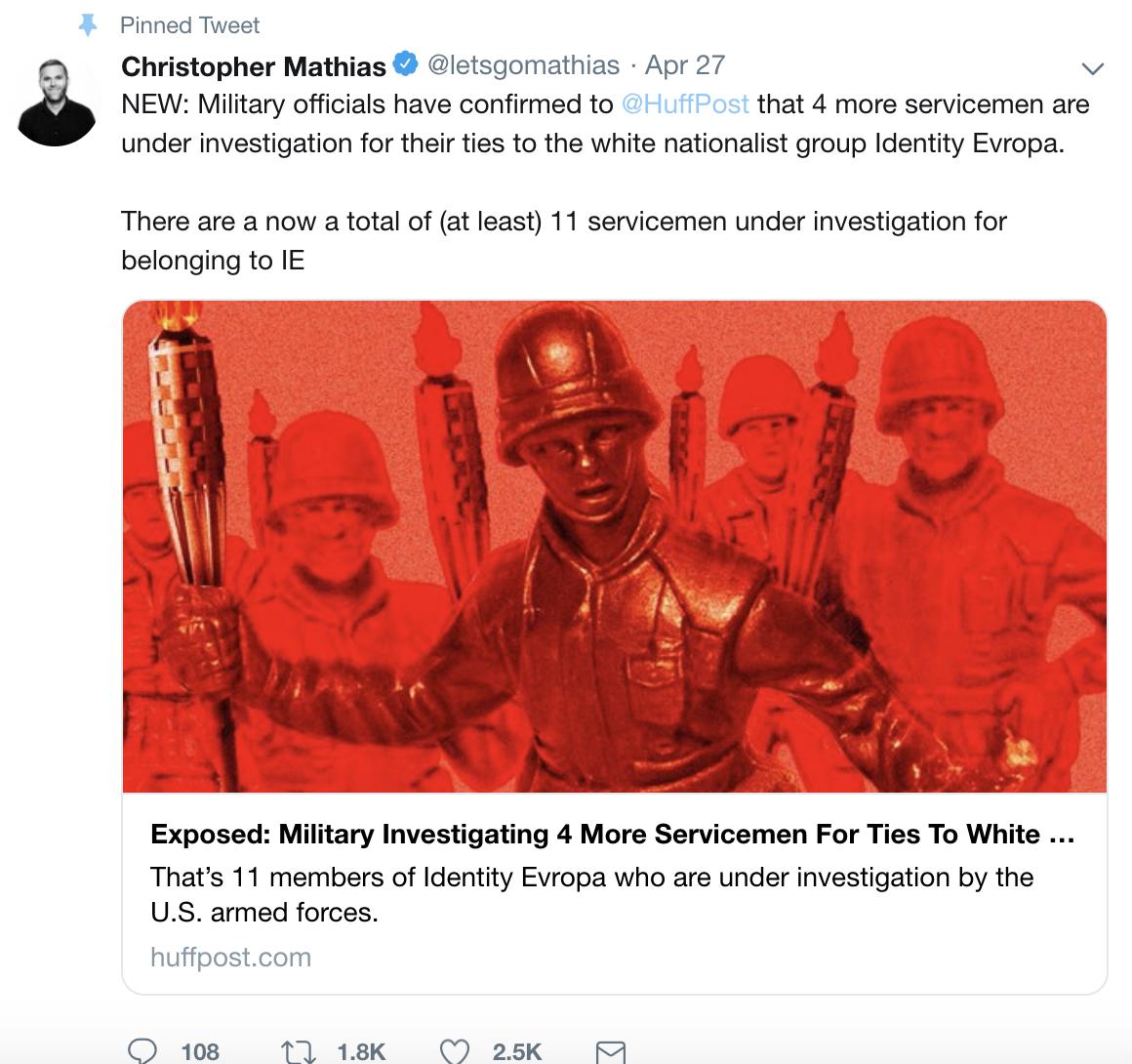 At the time of writing he had no idea of their innocence or guilt and as of his pinned tweet, the matter is still only under investigation. How he came to dox these individuals before they were afforded any due process is interesting...

Antifascist news outlet @UR_Ninja leaked discord servers from an Identity Europa server in April and Mathias, took them from there. It's a common theme. Mattias lets Antifa doxers do the heavy work, he does the national level doxing. Nate Thayer, another fav of his. https://t.co/XEu5aF9nH4 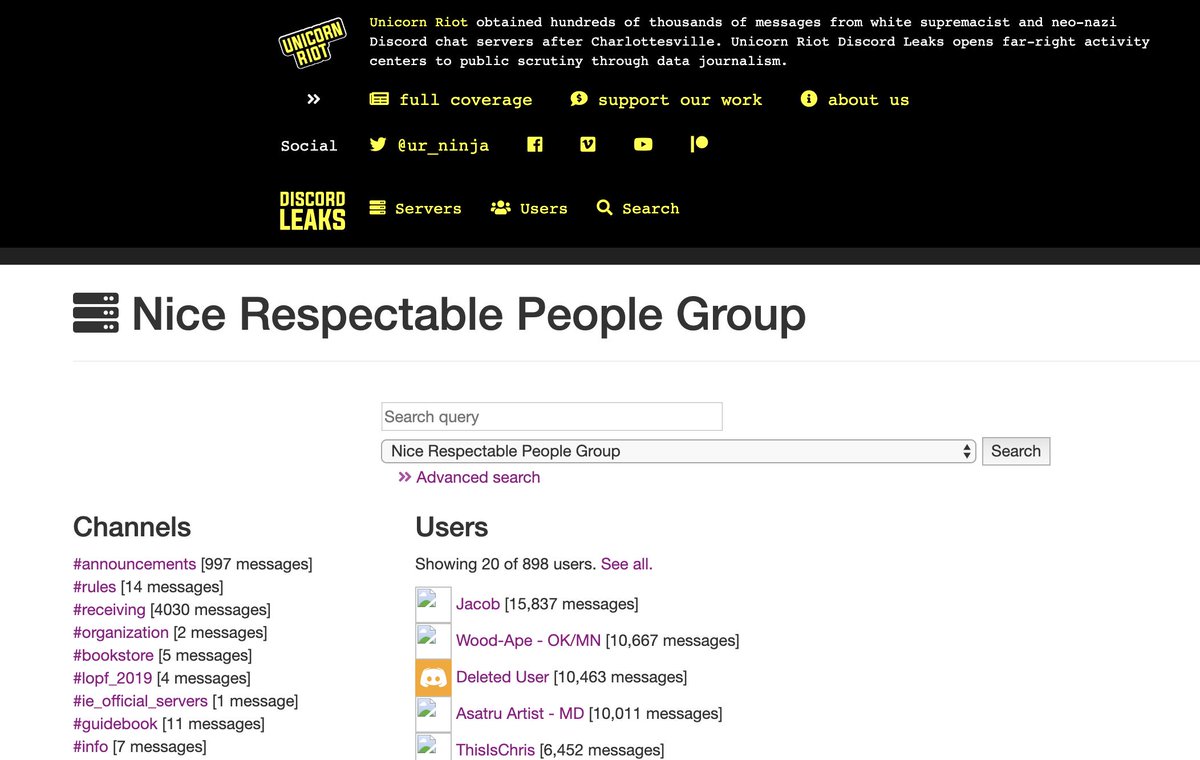 Here he uses HuffPo to out a "Prominent white supremacist" & was instrumental (along with his Antifa network) in getting him investigated. It later turned out the man was cleared of any wrong doing & allowed back to work. Like the Europa case Mathias doxes first, facts later. https://t.co/omDrJARr1p 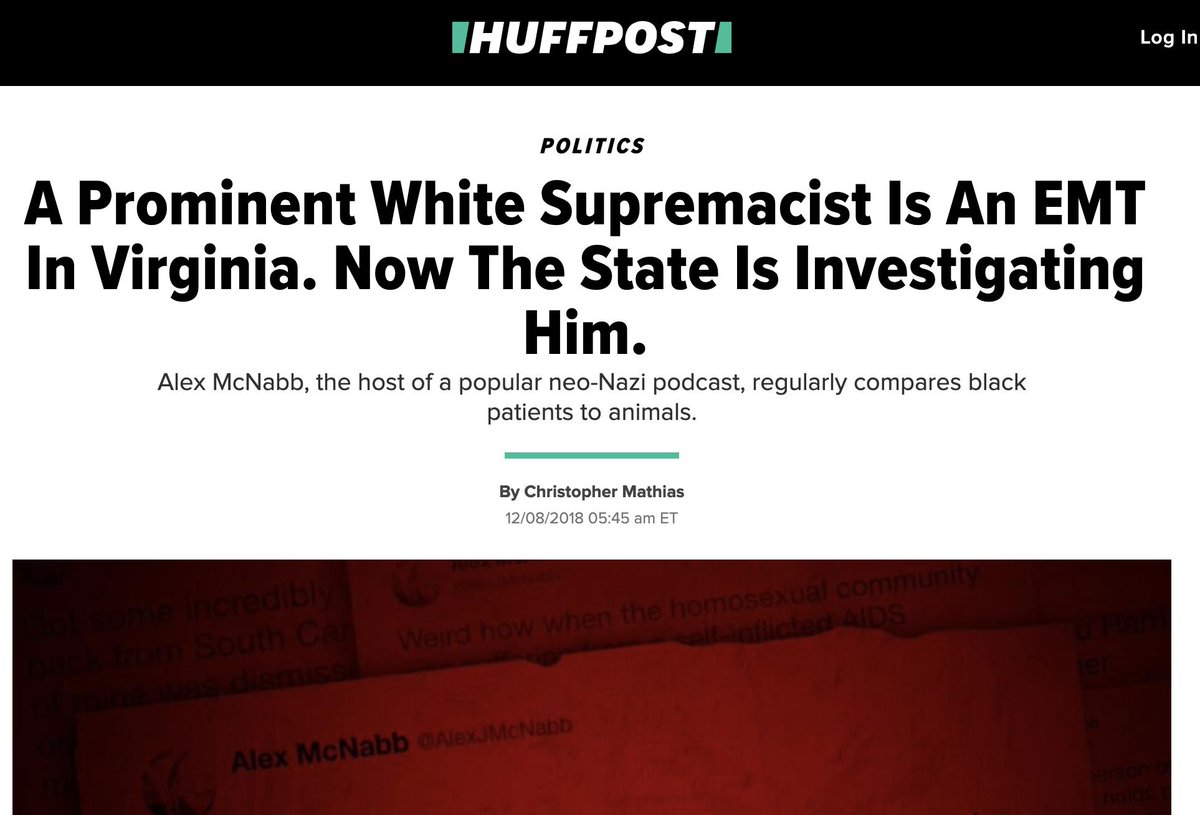 *Important - he was cleared of any wrong doing but he was not allowed back to work. Thanks everyone who clarified.