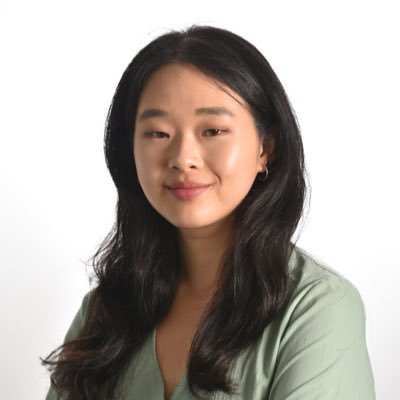 The second of this year's National Day Rally speeches by @leehsienloong is in Mandarin. And he begins again with the COVID-19 pandemic and the changes we have had to make because of it. 1/x
https://t.co/BMCdkRqwlm

@leehsienloong A delightful little rhyming sentence about the joys of e-payments: "大钞换小钞，店家没得找，手机扫一扫，麻烦省不少." 2/x

@leehsienloong On COVID-19 and vaccinations. He says that there are still 100k unvaccinated seniors, which worries him greatly. At the risk of nagging, he says, he’s asking them once again to get the jab for themselves, family, and community. 3/x

@leehsienloong He continues to racial issues, addressing Chinese privilege. He points out that Chinese Singaporeans have made concessions for the greater good, one of them being the adoption of English as a working language, putting those who only speak Chinese/dialects at a disadvantage. 4/x

@leehsienloong Such language policies he says, illustrate that claiming “Chinese privilege” exists in Singapore is entirely baseless - "因此，所谓的“华人特权”，在新加坡是毫无根据的." He says that these concessions by the Chinese community have helped racial harmony, social stability 5/x

@leehsienloong As an aside, there's been a vigorous conversation about Chinese privilege in Singapore. Here are some perspectives by @acadsingapore 6/x https://t.co/UGiRZjLsKr

@leehsienloong @acadsingapore PM Lee goes on to share 2 e.g.s that show that racial harmony is still a work in progress. No. 1: discrimination against minorities in housing rentals. He says that some Chinese homeowners tell property agents upfront that they prefer not to have tenants of a certain race 6/x

@leehsienloong @acadsingapore No.2: job discrimination where ads specify Chinese language proficiency required, but in fact is a cover for employers’ racial preferences. PM Lee entreats the Chinese community to understand the concerns, difficulties faced by minorities and be accommodating. 7/x

@leehsienloong @acadsingapore Next, he moves on to cover preserving cultural heritage, saying that the Government has always been fully supportive of Chinese culture, emphasing the importance of preserving cultural identity, roots: 我们不能失去文化的根，以免随波逐流 8/x

Next he says that Chinese Singaporeans have forged a unique identity, apart from other Chinese communities - 这是跟其他地方的华人社会有所区别的。With Chinese immigrants from elsewhere coming to SG though, they’ll need time to adapt, integrate 9/x

Meng Yu, an SG national table tennis player, is one example. She came here at 17 and fought hard at this year’s Olympics despite injury, winning the respect and applause of Singaporeans, says PM Lee https://t.co/MR0xoZ0ikS 10/x

One bit I missed: SAP schools, a controversial topic that has been much-debated (abolish? preserve? reform?). He says that they were established to preserve the traditions of former Chinese schools & that it gives students a bilingual environment https://t.co/frSzFIEX4w

But PM also said that he hopes that SAP schools will let their students interact more often with members of other races, to understand the importance of safeguarding a multicultural society. A not entirely new suggestion, from the ST forum pages no less: https://t.co/bH3dAuOAN0