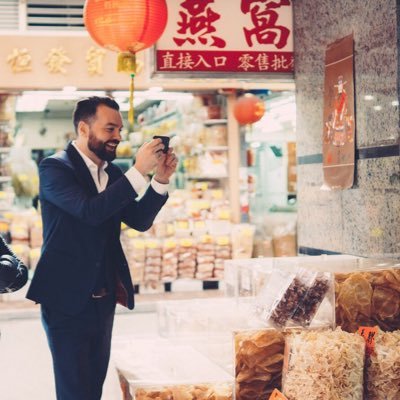 A Czech delegation arrived in Taipei this week, the second high-profile foreign visit to Taiwan this month, in a setback for China's campaign to keep the island isolated from the rest of the world -- @AFP

Note: We avoided "In a move likely to anger Beijing" even though Beijing has predictably got very angry and called the Czech visit "a despicable act". 😉

Czech Senate leader @Vystrcil_Milos is leading the delegation. He will meet @iingwen and deliver a speech to Taiwan's parliament.

The trip is significant for two reasons.

1. Taiwan is successfully building on its outreach and international goodwill programs.

2. Yes, Beijing's reaction -- a European nation willing to risk China's wrath with such a high level Taipei visit is a big geopolitical deal.

The Czech Republic, which experienced decades of Soviet authoritarianism, is one of a number of nations that are producing politicians increasingly wary of Beijing's more muscular, intimidating presence on the world stage.

Earlier this year the city of Prague sparked Beijing's ire by signing a partnership agreement with Taipei that prompted Shanghai to cut ties as a sister city.

Prague mayor Zdenek Hrib, who signed the agreement, is on this week's delegation to Taiwan.

The Czechs do not like being told what to do by Beijing.

Czech media have reported that Beijing once told Prague they could only have a panda if they publicly agreed to the "one China policy" -- even though CR already recognises PRC over ROC.

In some ways, this Czech visit to Taiwan is a direct consequence of China's "wolf diplomacy" which is why the next few days will be fascinating to watch.

@BozzatoFabrizio, a Taipei-based international relations expert with the University of Rome La Sapienza, said the Czech visit shows "the political-diplomatic wall that Beijing has tried to build all around the island is not impassable".

"Such openly defiant initiatives also signal that, even in Europe, the zeitgeist is changing from 'Beijing consensus' to 'resisting Beijing'," he told @AFP.

@jonlsullivan, director of the University of Nottingham's China Programmes, said @iingwen had pushed to build connections with countries it has "informal" relations with.

The Czech visit was "a psychological boost during continued pressures and marginalisation" by Beijing.

"But such public demonstrations of support and engagement with Taiwan are not going to become typical overnight," he told @AFP.

Tsai has marketed Taiwan as a progressive democratic ally to those wanting to resist Beijing's authoritarianism.

That push has been helped by Taiwan's success in tackling the coronavirus, its PPE aid shipments & its embrace of progressive social issues like gay marriage.

In a speech to Australian think tank @ASPI_org on Thursday, Tsai described Taiwan as being "on the frontline of freedom and democracy" as China cracks down on dissent in nearby Hong Kong and elsewhere.

"I think that as China's positions and behaviours on a range of issues from Xinjiang to Hong Kong to the South China Sea diverge from the values of democratic countries, we will see more politicians standing up to say 'this is not OK with us'," Sullivan said.

I'd expect some kind of pushback by Beijing to Vystrcil's visit.

"His insistence to go to Taiwan to carry out this so-called 'visit' deliberately wrecks the political foundation of China-Czech relations," foreign ministry spokesman Zhao Lijian said on Thursday.

Global Times calls @Vystrcil_Milos "a rule-breaker who is trampling on diplomatic civilization."

"His gilding for his evil deeds is a manifestation of being a political hooligan".

It adds pointedly: "The Czech Republic is a small county in Europe."