B/c Nazi & Holocaust are trending, I thought I’d share a (not so) fun fact I learned via family documents I found when compiling things for the German citizenship restoration application.

This is my great grandfather & his brother’s birth records from Berlin. Note the difference https://t.co/GY3AAYurXO 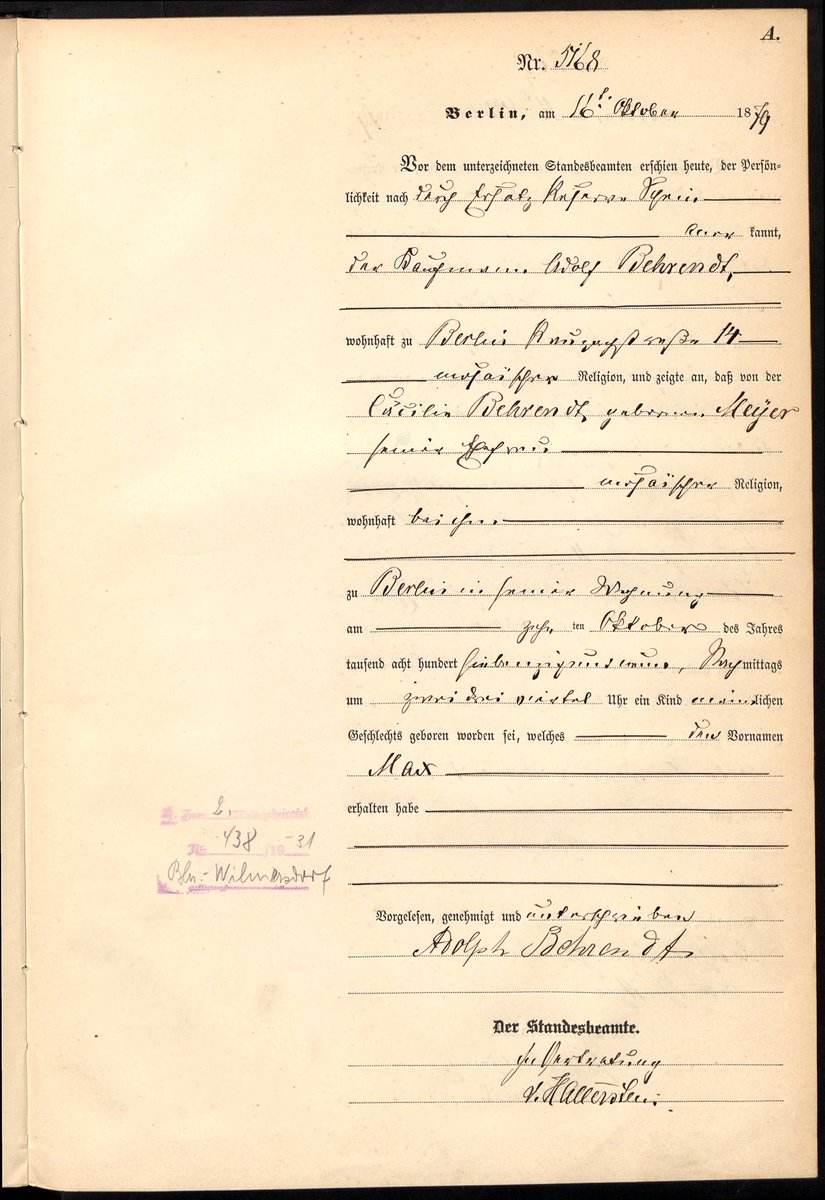 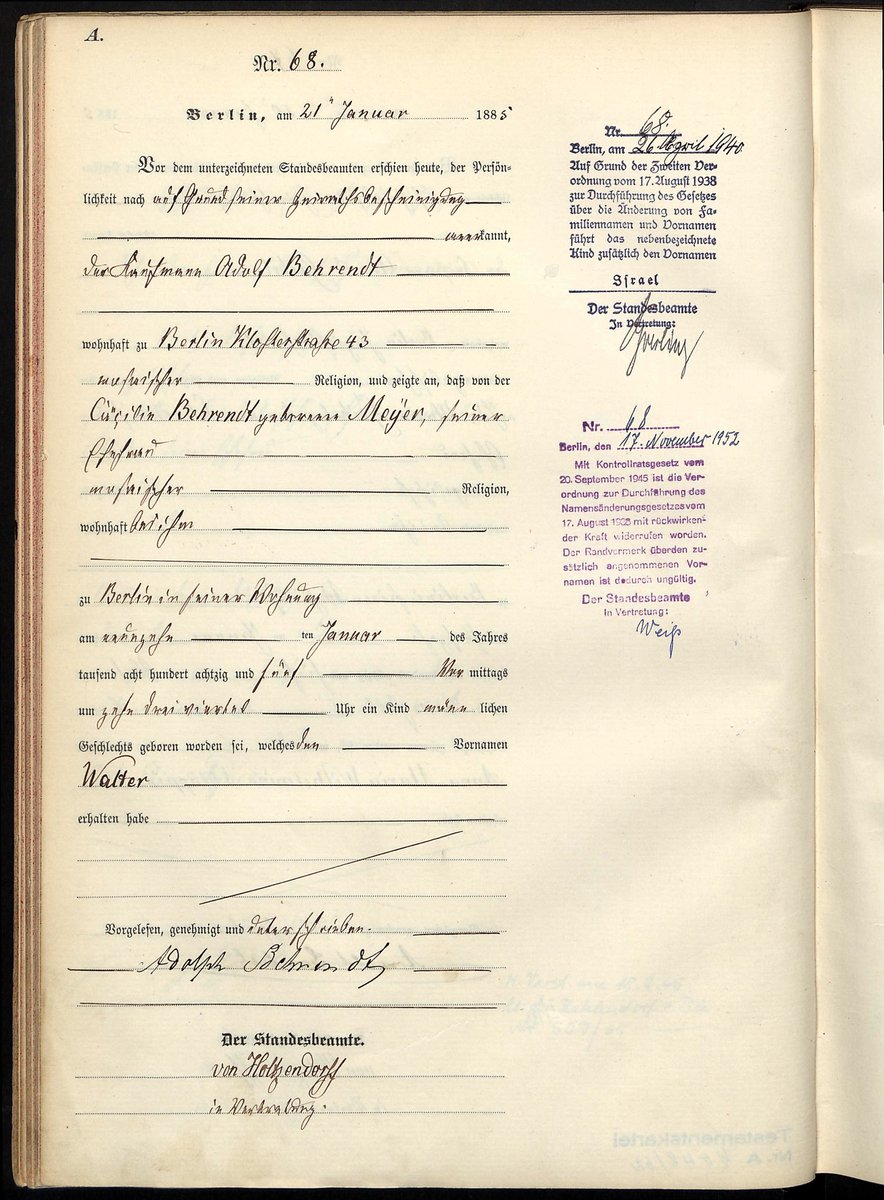 Max got to England before things got bad. (Likewise, my grandmother and great grandmother managed to get to America.) This is Max’s exemption from internment refugee card. https://t.co/xNi2uesWmG 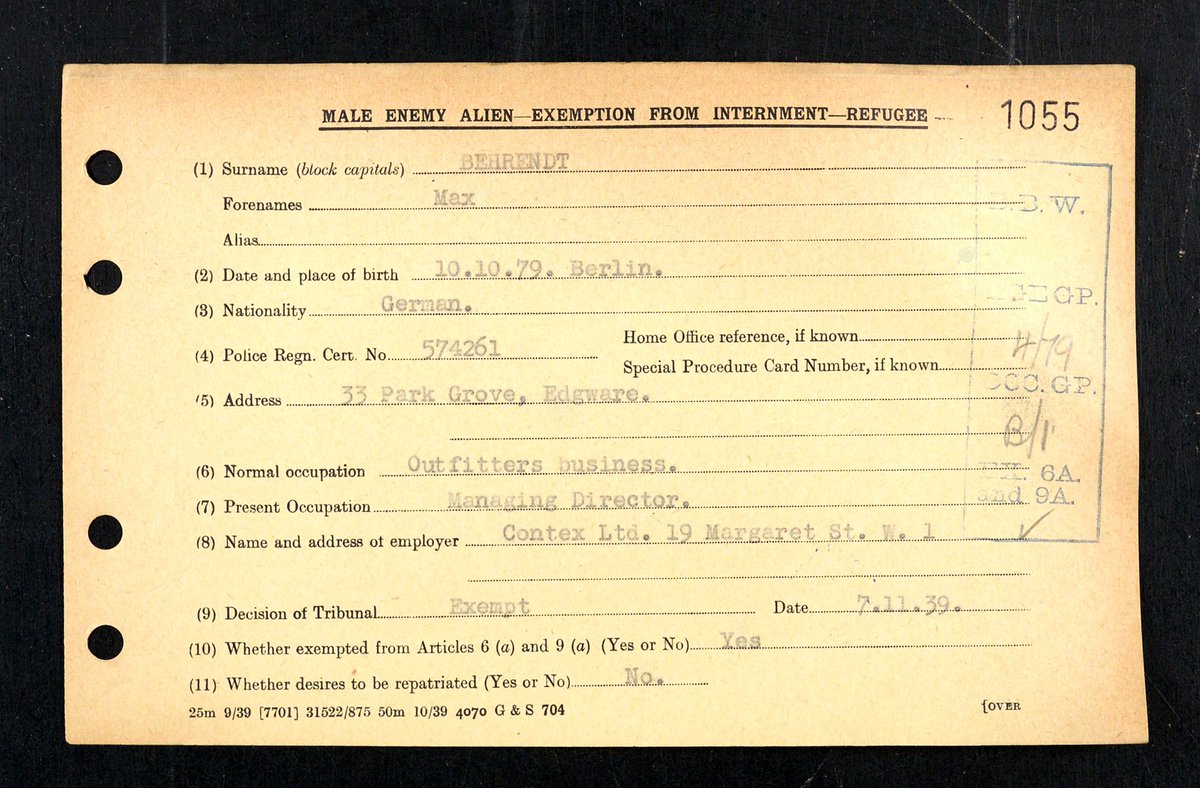 Walter didn’t escape. Neither did his wife and kids. Walter, his wife, and his children we sent to Auschwitz where—with the exception of his daughter—they were all murdered.

Now, back to the birth record. Note the blue and purple stamps on Walter’s.

I was wondering why Walter’s had those stamps and Max’s didn’t. I tried to translate what it said, but had trouble with it. Finally, I decided to look up the date on the first stamp to see what happened on August 17th, 1938.

On that day, a law was passed that said Jews who had non-Jewish First names, had to have a new name added. Israel for men, and Sara for women.

These stamps were alterations to his birth record.

The first stamp refers to the 1938 law, & adds “Israel” as his additional first name

The second stamp was made post war, and essentially says that a law was passed in 1945 retroactively voiding his (and all other) previous name changes that had occurred under that law.

I don’t know why Walter’s birth record was altered and Max’s wasn’t. My best guess is because Max escaped and Walter didn’t.

I‘d never heard of this law until I came across their records. In fact, none of my Jewish friends I’ve shown it to ever had either.

It wasn’t that we hadn’t learned about this because of a lack of education. Trust me, growing up Jewish, you learn a LOT about the Holocaust.

But somehow there’s still always more information. Always another horrible thing that happened among every other awful thing.

I’m writing this not just because “Nazi” and “Holocaust” are trending, but because of this photo that came up of someone who was part of yesterday’s attempted coup.

Because of this shit bag wearing a “camp Auschwitz” sweatshirt. https://t.co/ZoOWKl2PY5 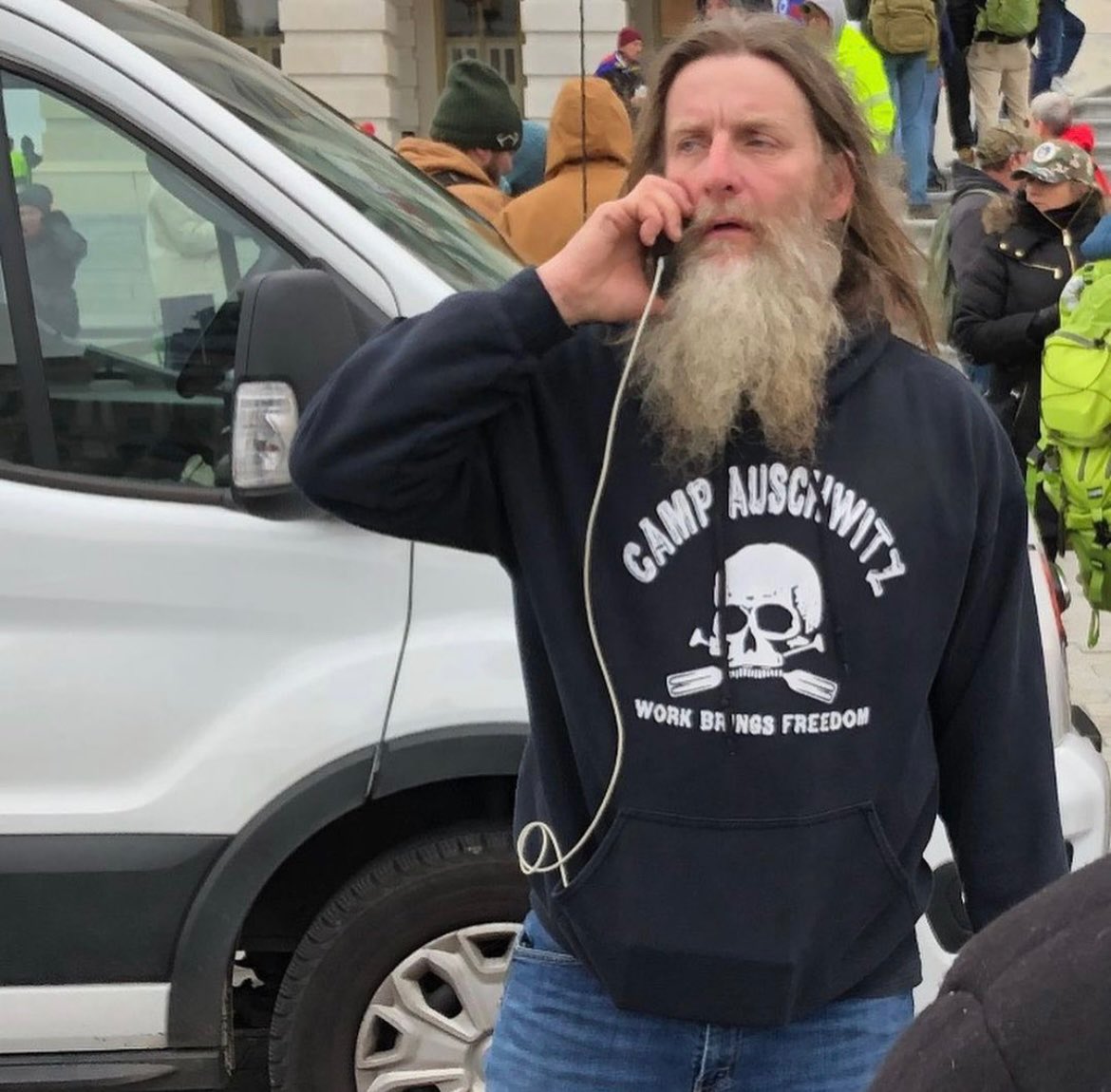 I’m writing this so that maybe it’ll remind someone that this isn’t some abstract idea. These were real people whose lives, citizenship, property, identity, and—if you had non-Jewish first name—even had their names taken from them.

Israel for the men.
Sarah for the women.

I’m writing this to emphasize what those domestic terrorists (let’s call them what they really are) stand for. What those symbols mean.

Likewise, there’s nothing peaceful about those confederate flags.

I say not welcome *at best* for a reason. Because the end goal for Nazis and white supremacists isn’t just to separate us. It isn’t to send us all away to some far off island where we can all hang out in peace.

And the message of extermination of all but white cis able bodied people is what was paraded yesterday. Don’t you dare confuse it for anything else.

And don’t confuse their dog whistles for anything else either.

These are the same people who couldn’t stand seeing German Jews walking around with German names. They couldn’t let them be German. So they added new names.

Israel for the men.
Sarah for the women.

Remember, that separation and stripping someone of identity never ends there.