An eighteenth-century mystery – longish thread. While I was feverish with covid, I bought a random book. (1/16) https://t.co/O8b7tWFEvL 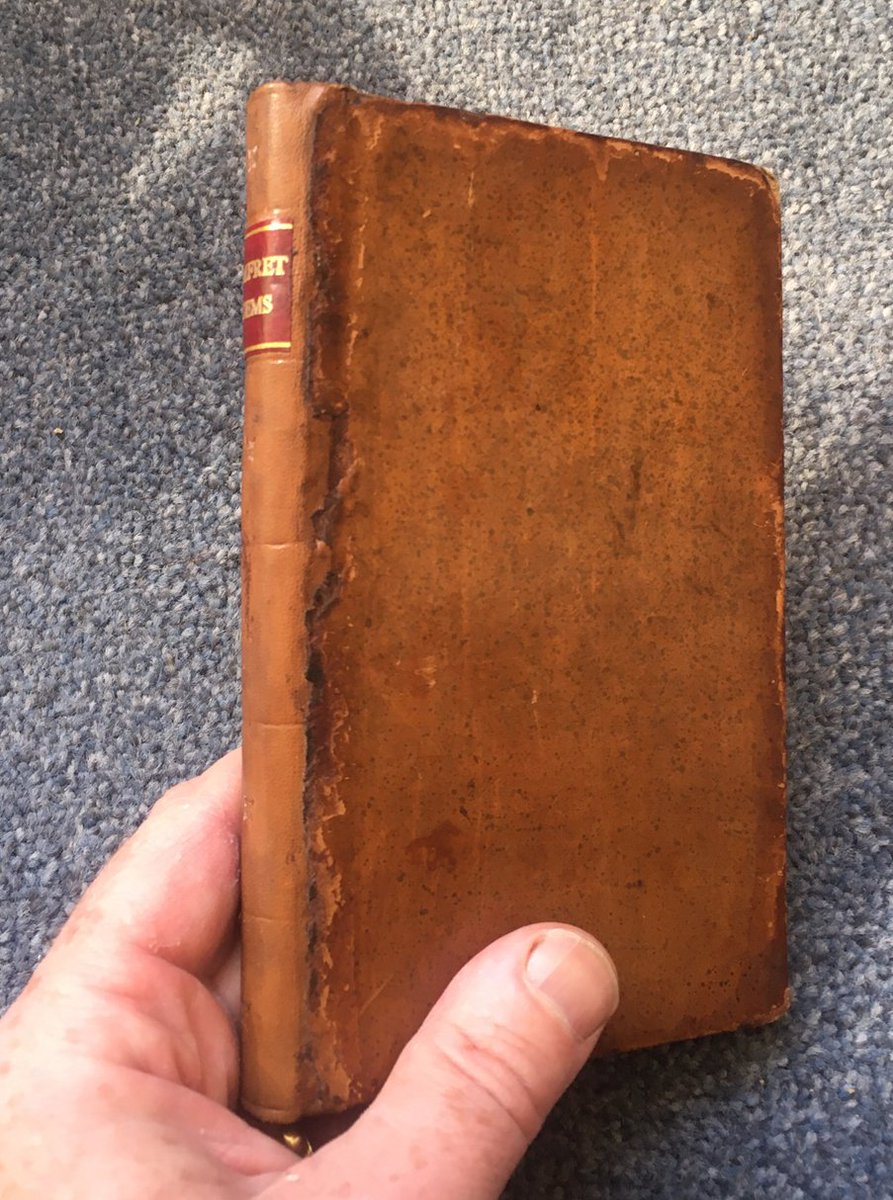 This is it – £15 through @abebooks - ESTC says it dates to 1759. John Pomfret is something of a one-hit wonder, with one v influential lyric, “The Choice”, about how nice it would be to retreat to one’s country seat and do manly things, unencumbered by wife or children. (2/16)

But then, as the story goes. Pomfret’s poem annoyed his boss, who kept him waiting in London until he died of smallpox there. So no more poems. https://en.wikipedia.org/wiki/John_Pomfret_(poet)

“The Choice” starts this volume off. Opening lines are below. To be honest, the rest of his works don’t seem very exciting. (4/16) https://t.co/KLJ0ybIrsh 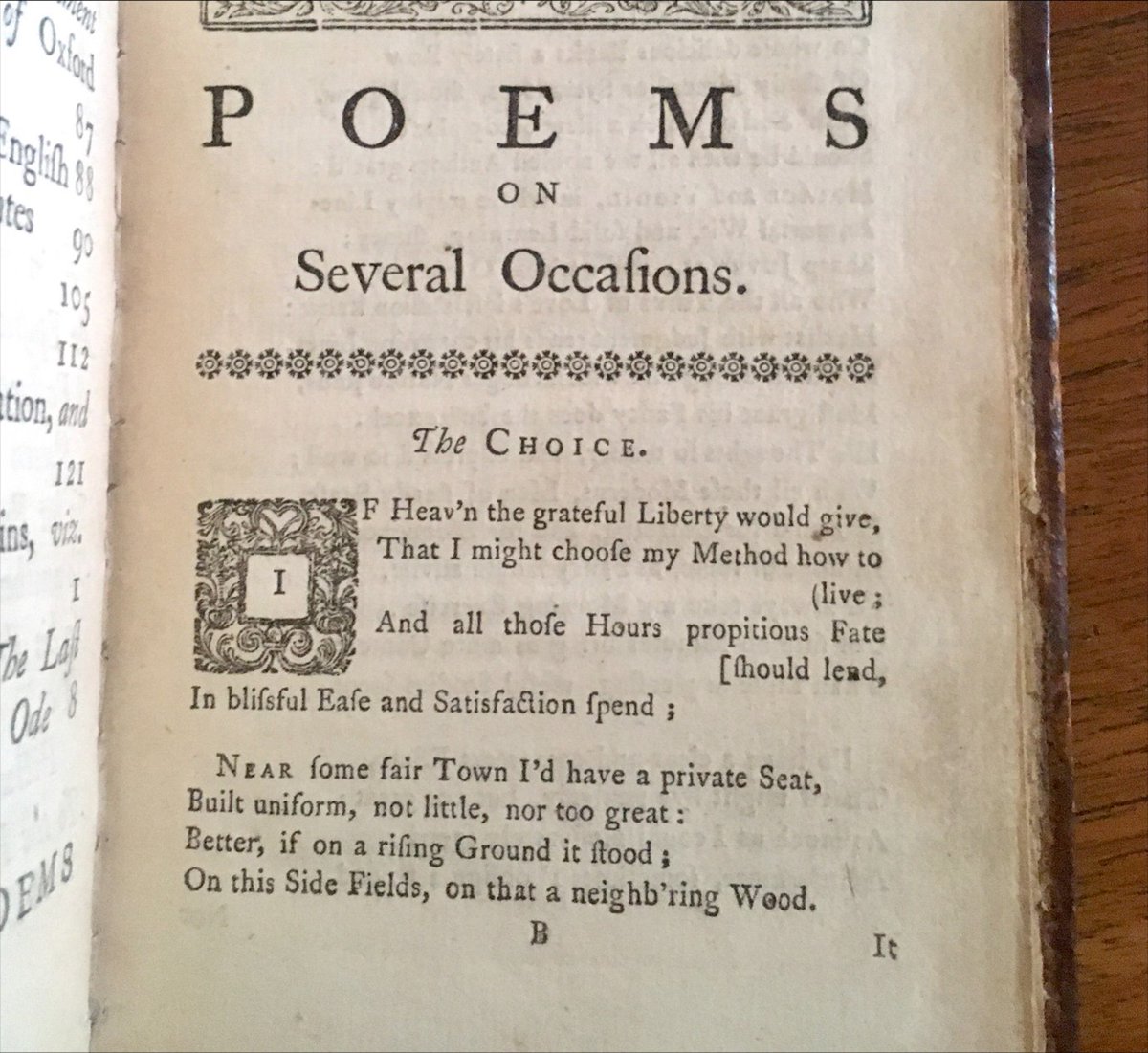 But - the volume has a bookplate. Googling the name and place suggests that this could be one John Yorke (1733-1813) of Richmond, North Yorkshire, who owned large chunks of the beautiful valley of Nidderdale. (5/16) https://t.co/bWWaIBthKH 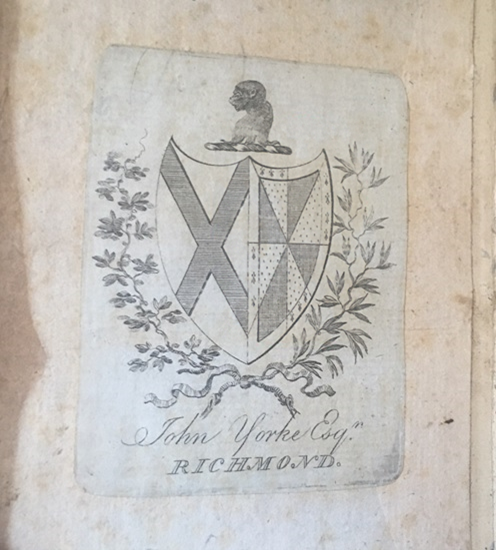 This Yorke seems quite interesting. He laid out gardens at his estates; he built some follies, which still stand on the moors there, as a job creation scheme for poor locals. He leaves all sorts of traces. Pic from @follyflaneuse’s page https://thefollyflaneuse.com/yorkes-folly-or-the-stoops-pateley-bridge-north-yorkshire/ : (6/16) https://t.co/ke5tKD3Axg 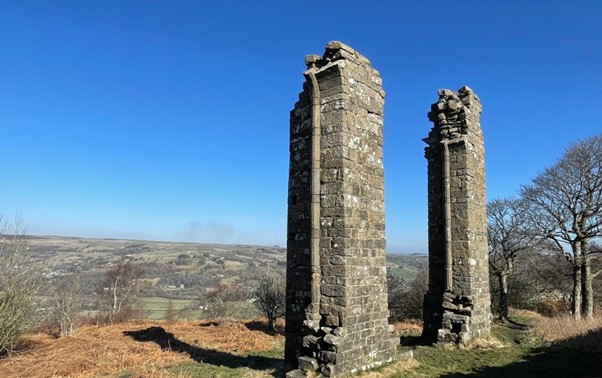 Yorke’s first wife died in 1766, and for three years he lived as “The Choice” would recommend, remaining single until his second marriage in 1769 to Elizabeth Campbell, whose money came from Jamaican slave plantations. (7/16)

Look again at the bookplate. That feature is the Campbell coat of arms, so we’ve definitely got the right John Yorke here. Also, that means the book was at least ten years old when the bookplate was put in it. (8/16) https://t.co/JPyYagS94d 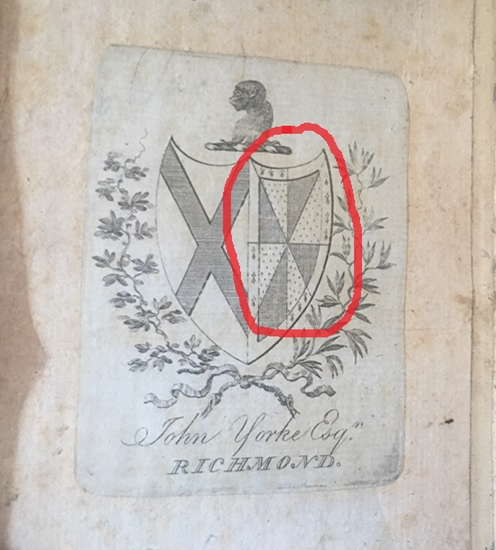 Anyway, our John Yorke lived long and got a good write-up at his death. (9/16)
https://www.google.co.uk/books/edition/Nidderdale_Or_An_Historical_Topographica/DTwuAAAAMAAJ https://t.co/zgluoMMUDG 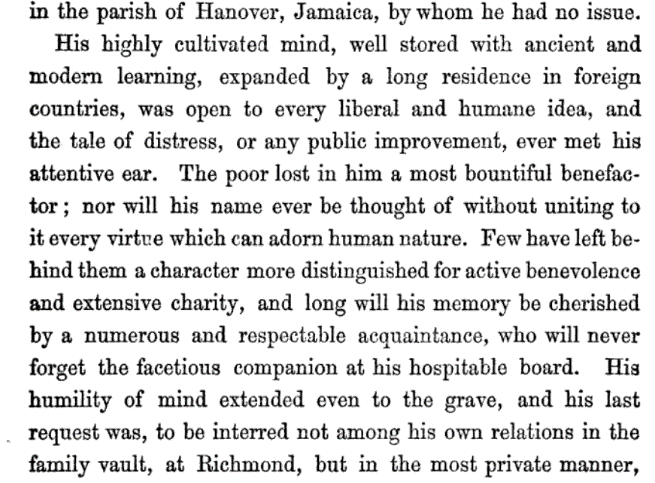 And it seems quite vivid, to be holding an object that was previously in this named C18 person’s house. (10/16)

And then, the funny thing… it turns out that there’s a portrait! This is the face of the man who owned this book! (11/16) https://t.co/1j5WisfOml

And this is the whole portrait. It’s thought to be from the later 1760s, between his marriages. The chap on the left is Colonel Coore, a friend, and they are in Nidderdale doing simple country things – Yorke has his dog, and Coore’s got a fish in his net. (12/16) https://t.co/mrkx2eBVyE 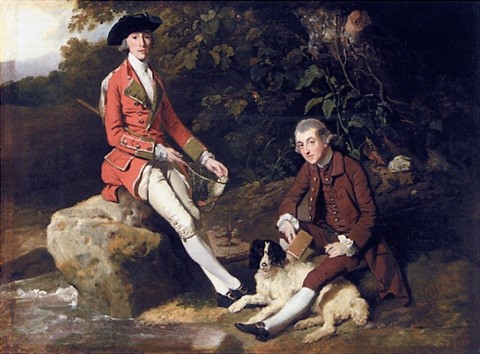 Hang on, what’s that? https://t.co/E5jPVOyiGQ 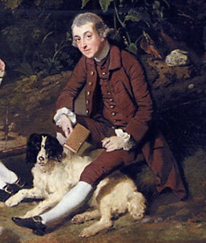 Now, I’m not saying that it *is* the 11th edition of Pomfret’s Poems in his hands… but the size is about right… and the dates would work… and “The Choice” would be an entirely appropriate poem to be referencing in such a setting. (13/16)

Here is more info on the painting: https://www.sothebys.com/en/auctions/ecatalogue/2004/important-british-pictures-l04121/lot.12.html

Notes: For the poem see https://www.eighteenthcenturypoetry.org/works/ppo24-w0010.shtml . For more on its huge success, see https://ecommons.luc.edu/cgi/viewcontent.cgi?article=2162&context=luc_diss (1/3)

Notes: There’s another John Yorke in Richmond, an enslaved black person in C18 N Yorkshire, brought there by Campbell from her slave estates in Jamaica. He took Yorke’s name, but seems to have worked for others. Slowly and painfully, he inched his way towards freedom… (2/3)

… obtaining a small cottage in the area and starting a family. One wonders if he and his owner/namesake ever talked. https://www.mylearning.org/stories/1776-african-youth-of-the-dales/528 (3/3)

Title-page of the volume, by the way: https://t.co/3c6LkYwgWe 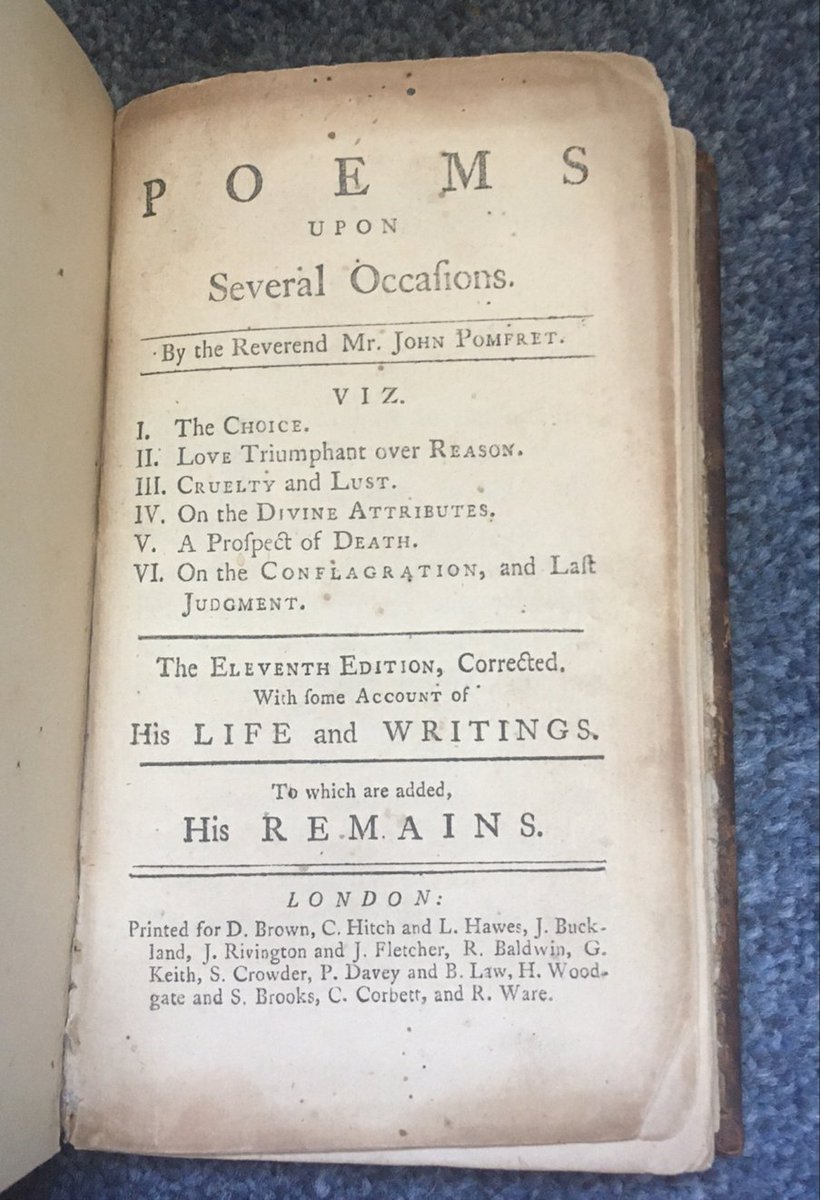