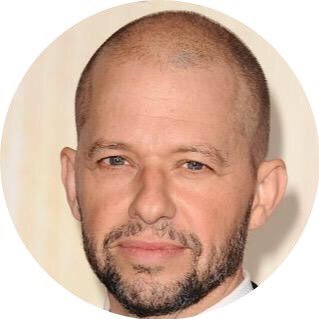 Even if you don’t think it is clear that Donald Trump incited the attack on the Capitol, he still needs to be immediately removed from office.

After Election Day, observers invited by the Trump administration from the Organization of American States as well as the EU pronounce the 2020 U.S. election to be free of election fraud.

On December 1st, William Barr, Trump’s own attorney general and head of the Department of Justice declares that there is no widespread election fraud.

Within weeks it is clear that Joe Biden will win the popular vote by nearly 7 million votes, but Trump claims without evidence that the election has been “stolen”

On January 2nd Trump abuses the power of his office by threatening and pressuring the Secretary of State and other officials in Georgia to change vote totals.

He is informed on the call that his fraud allegations have been investigated and debunked and that recounts have confirmed vote totals BUT HE CONTINUES TO PRESS FOR OFFICIALS TO CHANGE VOTE TOTALS.

By this point Trump has brought 60 court cases contesting the election results, he has lost all but one and none has proven even a single case of voter fraud.

Refusing to concede an election he has now been reliably and repeatedly informed was free and fair, he exhorts his followers to attend a demonstration during the Electoral certification on January 6th.

He also urges his VP to unconstitutionally annul the election in his favor during the certification.

According to reports, the Vice President refuses.

On January 6th as Electoral certification starts Trump attends the demonstration and exhorts his followers to go to the Capitol.

While he doesn’t specifically say he wishes for them to attack the Capitol, it is clear his hope is that they will somehow interfere with the Electoral certification. And his rhetoric is clearly incendiary

At 1:33pm C-Span reports rioters have breached the Capitol. Outside demonstrators have set up gallows complete with a noose and are chanting “Hang Mike Pence!”

“Mike Pence didn’t have the courage to do what should have been done to protect our Country and our Constitution, giving States a chance to certify a corrected set of facts, not the fraudulent or inaccurate ones which they were asked to previously certify. USA demands the truth!”

It isn’t until 2:38 that Trump finally tells the rioters to stand down in a tweet:

“Please support our Capitol Police and Law Enforcement. They are truly on the side of our Country. Stay peaceful!"

During this time Trump and Rudy Giuliani have been contacting Senators behind the scenes imploring them to interfere with and delay the certification until the next day.

At 4:17pm Trump releases a video, again stating without evidence: “We had an election that was stolen from us. It was a landslide election and everyone knows it, especially the other side.”

At approximately 5:30pm attack ends and the Capitol is secured. 5 people are either dead or dying. 2 pipe bombs have been found on the grounds.

As of today, although Trump has spoken of a “new administration” he still has not conceded the election.

Republicans will try to frame impeachment on whether Trump specifically incited the attack on the Capitol.

Trump’s repeated efforts to overturn a free and fair election are more than enough reasons to remove him immediately.

They are an utter betrayal of his oath and of our country.