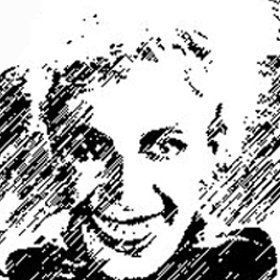 A lot of people are getting the OnlyFans story wrong, and the reality of it is a lot more damaging and concerning to both the livelihood of sex workers and online freedom in general.

These rules will basically require that OnlyFans (and every other site that accepts MasterCard payments) not only fully verify every user and every person who appears in every adult video, but review all posted content before publication, including real-time review of livestreams

The new records-keeping, review processes, verification and other requirements are going to be expensive and time-consuming. OnlyFans seems to have decided it’s not worth it. More importantly though, these rules will put incredible pressure on smaller sites and indie creators.

Of course, they could just decide not to accept MasterCard, but it’s likely Visa and others will follow suit eventually

One of the primary sources in Kristof’s article is Traffickinghub founder Laila Mickelwait. She also works for the group Exodus Cry, a Christian group that is among other things anti-sex, anti-homosexuality and, naturally, anti-semitic.

Sex trafficking makes a good narrative toward that goal. It’s why the old anti-porn Morality in the Media group from the 1960s is now called “The National Center on Sexual Exploitation”

Kristof has played this role before. His basic tactic is to use manipulative and manipulated stories of sexual abuse to attack broader institutions. That he ends up a mouthpiece filtering deeply regressive Evangelical Christian anti-sex mythology to the mainstream is a given.

Almost the entire anti-trafficking movement is an Evangelical project to get liberal supporters to sign off on a laundry list of Christian anti-sex policies. It’s been one of their most successful propaganda projects. It’s also likely gotten a lot of sex workers killed.

It’s the reason Craigslist and Backpage don’t do classifieds for sex workers, because of trafficking scares, removing a relatively safe way to meet clients and moving workers back to more exploitative and dangerous venues.

Just going to make sure one point of this thread is clear: MasterCard’s rule changes will do nothing to stop sex trafficking. They might have a marginal effect on non-consensual videos in general but overall these rules are about their own liability, not concern for victims.

The end result of the change is it will be harder to sell sexually explicit content online unless you are part of a major player that can afford the costs to meet the new requirements. Indie sex workers will be driven out and larger companies will be more powerful.

So little to zero assistance for any actual victim of a sex crime and enormous overbearing punishment directed at the creators of legal, consensual work.

If you want to actually help sex workers, I recommend https://t.co/iOxUdzfGTF which runs a bail fund and does work in decriminalization.

And since this is blowing up, my own bullshit: I run a history podcast about death, @SynodusPod. I’ve been told my voice is very sexy.