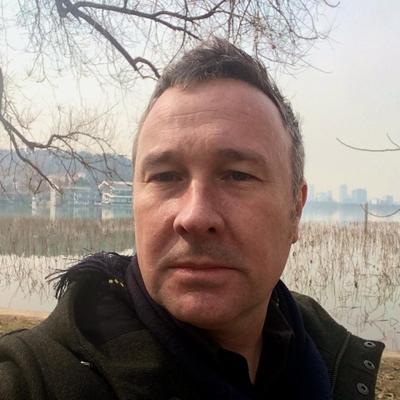 A regular journalist experience in #China: I went to #Suzhou this weekend to play footy. After checking into a hotel my journalist visa obviously triggered the ‘warning journalist’ buzzer inside Big Brother’ HQ. The hotel staff then asked me: “Why are you here”? [cont]

“Err to play football”, I say. Later another call, this time the hotel manager. She says she’s checking again for the police why I’m in the city. “To play football,” I say again. What about the other foreigners staying in the hotel? Again I answer: “Football”. [cont]

The police then ask personal relationship questions but, in the end, are satisfied that I will soon be leaving the city. [cont]

Dear Chinese police in every town or city I will be visiting to play footy or to work. I won’t be “registering” with you on arrival to tell you what I am doing, nor will pretty much any other foreign correspondent. We provide our passports at hotels as required but... [cont]

given that factory owners, painters, farmers, candlestick makers (or whoever) are now routinely pressured into cancelling interviews with foreign journalists no matter how “un-sensitive” the subject matter is we’d have rocks in our head to let you know what we’re doing. [cont]

In recent times, plenty of foreign correspondents have rocked up in towns in #China with their families for holiday trips only to be questioned by the police, told they can’t stay, followed around etc. Not sure if they think their kids might be hiding secret microphones?

Since people have asked about the footy, I’m sure the GAA crew wouldn’t might me saying that I was playing Gaelic football. Beijing won the men’s and women’s cups at this tournament but I played for the barbarians team which was a great crew from Shanghai, Suzhou, Beijing etc.

BTW foreign journalists in #China are not legally required to report to police when arriving in a town. This is a control mechanism which they are trying to make real by simply declaring it to be the case.

Before new regulations were introduced in the run up to the 2008 Beijing Olympics, foreign journalists were required to seek permission of a local provincial government wai ban 外办 in order to travel to a region for work. This was eliminated as part of the pre-Olympic opening up

It seems the authorities in #China are trying to return to the era before the new foreign journalist regulations were introduced by simply declaring it to be the case. It’s been happening more and more lately.