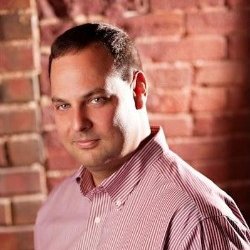 Is China socializing its people to prepare for war?

H/T @niubi for highlighting a recent meeting of the Central POLITICAL and LEGAL AFFAIRS Commission which uses the term “战” – "war" - 16 times (and Xi Jiniping 18 times).

CCP political discourse constantly uses the “war” metaphor, partly because of its historic and cultural perspective that all relationships are a form of struggle.

Years ago I met with Hu Jia, then a public health advocate, asking why he wore a camouflage outfit in the office. “It’s a war on AIDS,” he responded.

Around that time, in 2005, I wrote a paper about the “People’s War Against Drugs and HIV/AIDS.”

A “People’s War” is more significant than a plain old war, signalling greater government commitment, and consequences for Party members or people who do not enthusiastically take up “arms” against the target issue.

In February, Xi Jinping declared a “People’s War” on COVID.

Remember, political warfare is a real thing in China, along with the PLA’s “Three Warfares” - public opinion, psychological, and legal warfare.

See @plmattis’s great piece – which also helpfully reminds us that the PLA is the armed wing of the CCP.

Folks sometimes forget the PLA’s role is to defend the Party internally and against foreign threats – do whatever the Party asks of it.

Imagine if the U.S. military served the Democratic party or GOP, rather than the Constitution….

The CCP sees threats coming from within and outside.

This is why dissidents are eliminated, cadres continually pledge loyalty, and the propaganda enterprise relentlessly seeks to build public support for the Party.

This builds resiliency within China’s society.

This builds resilience in China’s economy.

Think how expensive it is to pump oil and gas uphill from sea-level in Myanmar to Kunming at 6,250 ft, all to increase your energy security so you don’t have to transit the Malacca strait.

That pipeline is not for profit, but resiliency and wartime contingency.

Economic resiliency enables Beijing to use military force to achieve political objectives, which would undoubtedly result in China’s political and economic isolation.

We can debate whether China seeks leadership or dominance - it doesn't matter.
/11

Unquestionably, Xi Jinping’s China is different and something has changed. They are preparing for war. The indications are there.

But the CCP was born in a war, has always prepared for war, and is continuing to prepare for it today – we see the indicators every day.

This doesn’t mean that China wants a war, but it has declared its intent to use force (war) to achieve its political objectives. They made it a law in the case of Taiwan.

It’s a rhetorical threat in other cases.

Keep that in mind as you debate about whether and how to engage China, even as they endlessly discuss war internally.

War is not inevitable, and engagement may reduce the risk, but history shows that engagement and appeasement does not always work. We can do better.

But also keep in mind where you will be when the balloon goes up.