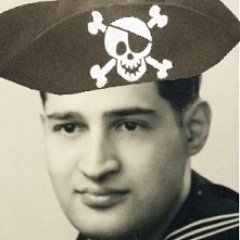 this is so much worse than even this grotesque video. taking it piece by piece: https://t.co/PV7VyVVCqR

1. the initial stop of his son was clearly pretextual and i doubt that the turn was particularly wide. 2. the son was, unsurprisingly, clean, so all of this grew from the racist stop. https://t.co/QIoYq9bYGk

3. the officer then falsely accused the father, who he would later pepper spray, with obstructing traffic. a second pretextual accusation that enabled abuse. https://t.co/nsUYOTzwrd

4. the pretext of obstruction quickly escalated, with the officer, for no legitimate reason, demanding the father be arrested and *his partner* then used pepper spray in the most sadistic possible way. the forcible removal of his glasses left a scar. https://t.co/7VRAJhIYUk

5. they let the father sit in the back of the police car screaming in pain from the pepper spray in his eyes while the first officer was *cleaning off and complaining about the irritation of the pepper spray on his own skin* https://t.co/CAd9QigizG

6. the officers called paramedics then intentionally left the scene to return to the jail, so the paramedics wouldn't even be at the jail when the father arrived for booking https://t.co/6jRXohiO19

7. the officers weren't fired. one of them *wasn't even disciplined* because he was "following orders" - even though those orders were objectively unreasonable and caused immense suffering. https://t.co/34nKnr7coI

9. there is also a little treat for someone who wants to argue that it wasn't about racism it is just basic Cartman-ism. they work together. also, Cartman is a consistently racist character. https://t.co/CmssJFZwVd

10. this is so bad that the police aren't even bothering to defend the officer's actions. it also doesn't say that they are settling, so we'll see how apologetic they are if they file a motion to dismiss the civil rights claim. https://t.co/pnb1iE6nMk