Thread
One reason Jefferson bought the Louisiana territory in 1803? National security. He thought it would guard America's western flank. Yet the worst attack Washington, DC ever endured happened when British invaders sailed up the Chesapeake Bay and attacked - this night in 1814

/2
British troops marched into Washington, burning federal buildings, including the then-unfinished Capitol building. Here: An artist's rendering of the aftermath. The invaders then marched sixteen blocks west - to the President's House https://t.co/iKKeddc3jy

/3
President James Madison, who earlier in the day had gone to the front in Bladensburg, Maryland, had returned to the White House to find it deserted. He fled as well, never to live in the mansion again. He had no idea where his wife - Dolley Madison was

/4
Mrs. Madison, among the greatest of First Ladies, had fled earlier, but not until she helped save one of the mansion's first and to this day most important works of art: Gilbert Stuart’s famous portrait of George Washington https://t.co/vTLPK00z5X

/5
Even before British troops arrived, the White House had another set of invaders—local citizens who looted the mansion. It was "a rabble,” one servant said. Then the British arrived. They patiently ate and drank the president’s food and wine before setting the mansion ablaze https://t.co/pCf8eHZOiP 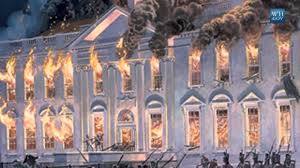 /6
The fires set in Washington this night by the British were so vast that they were seen in Baltimore, about 40 miles away. They burned until a series of storms - possibly including tornadoes - dumped torrential rains, putting the blazes out https://t.co/GLcb8Tgn9y 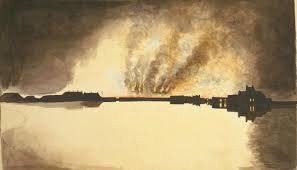 /7
The President's House, as the White House was generally called in 1814, would be uninhabitable for more than three years. President and Mrs. Madison, returning to the city on the 27th, were heckled by residents. It was an utter humiliation for "Little Jemmy" (he was 5' 4") https://t.co/q2sTVhArH9

/8
In 1990, after several coats of paint were scraped away, workers found original scorch marks from the 1814 fire. The attack on Washington - this night 206 years ago https://t.co/rCEcfsPnNl

After the attack on Washington this night in 1814, Congress considered moving the nation's capital further inland. Where? Here's an excerpt from "Under This Roof," the 2015 book by WWR's Paul Brandus https://t.co/J3siluGJe8 https://t.co/x4UUimVnDq 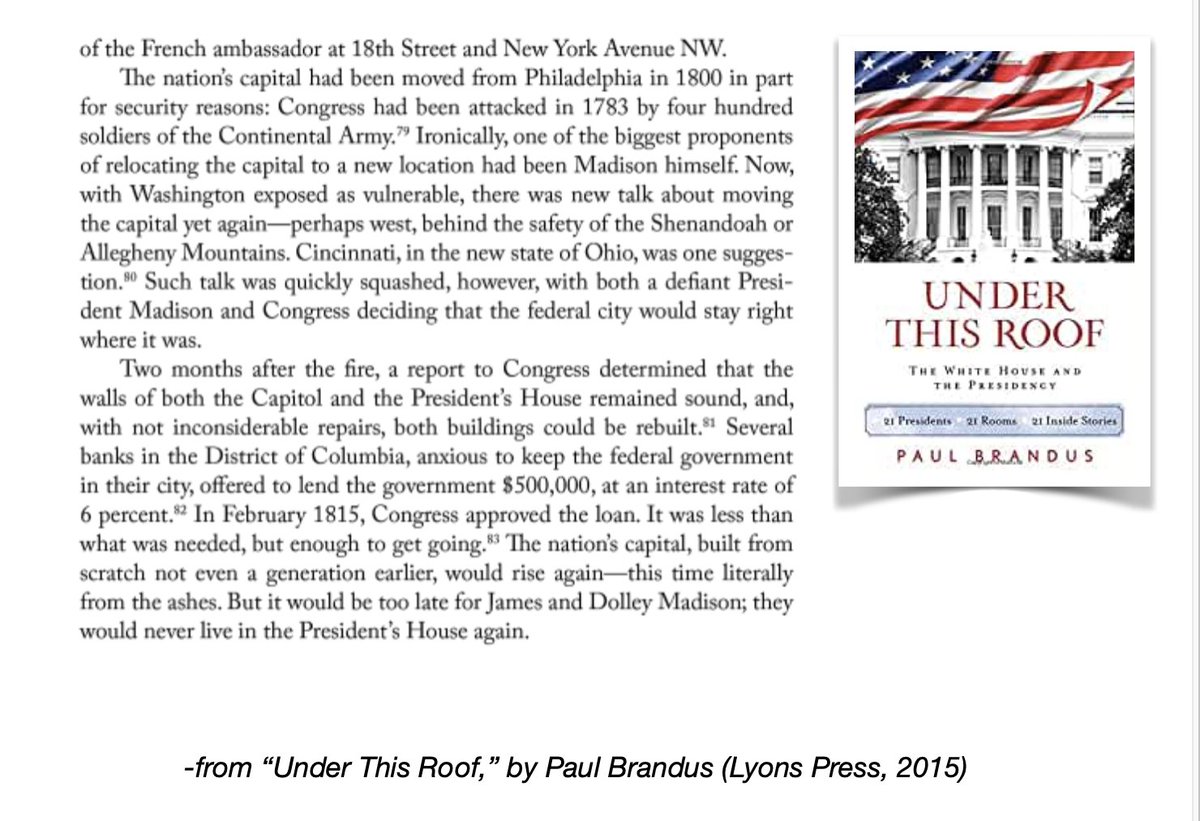