This is Olympia, by Édouard Manet. It was exhibited in the 1865 Paris Salon & caused an absolute scandal as it clearly depicted a sex worker. It was condemned as "immoral" and "vulgar”. But who were the women who modelled for Manet? 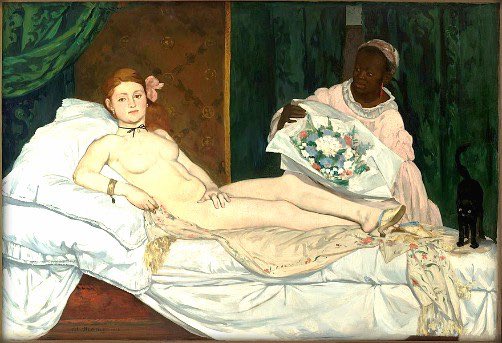 Manet’s model for Olympia was Victorine-Louise Meurent (also Meurant) (1844-1927). This photo was taken in 1865. She was known for her fiery red hair & for her petite stature, which earned her the nickname La Crevette (The Shrimp). https://t.co/b6sfkCJx7a 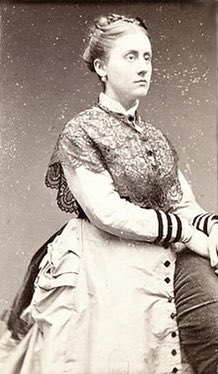 She was one of Manet’s favourite models, but she was also an artist in her own right and regularly exhibited at the prestigious Paris Salon. She also gave music lessons in the guitar & the violin, & sang in cafés around Paris.

Meurent exhibited in the Salon six times & supported herself by modelling through the 1880s for Norbert Goeneutte and Toulouse-Lautrec. Only one of her works is known to survive & it is this one, Palm Sunday, c.1880s. https://t.co/eLzkdhZVVb 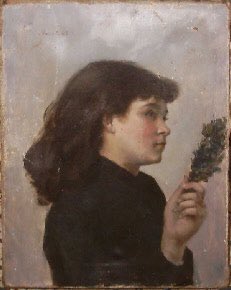 When Olympia was exhibited, not only was the subject thought to be shocking, but many criticised the fact that this Goddess did not have an idealised body.

Émile Zola commented “When our artists give us Venuses, they correct nature, they lie. Édouard Manet asked himself why lie, why not tell the truth; he introduced us to Olympia, this fille of our time, whom you meet on the sidewalks.”

It wasn’t the first time Manet & Meurent has caused controversy. She posed for Manet’s The Luncheon on the Grass) – originally titled Le Bain (The Bath) in 1862. Again, it was the defiant gaze out the painting that unsettled people. https://t.co/pdh5zL1ju7 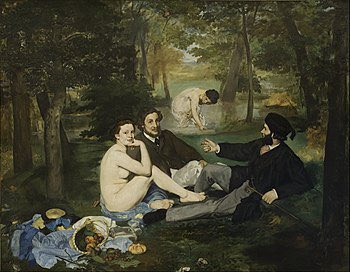 Louis Étienne wrote Meurent appeared as “a Bréda of some sort, as nude as possible, lolling boldly between two swells dressed to the teeth. These two persons look like high school students on holiday, committing a great sin to prove their manhood."

The black maid in the background of Olympia is a model known only as Laure, who worked with Manet several times. She modelled for this Manet painting (La Négresse) in 1863. https://t.co/B0yzZzrStB 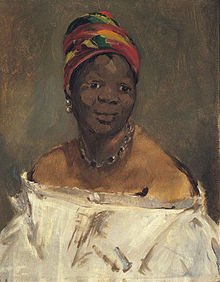 She also Lappeared in Manet's painting Children in the Tuileries Garden (1861-62). It is not known if she posed for other artists. https://t.co/pbH2T5ojtZ 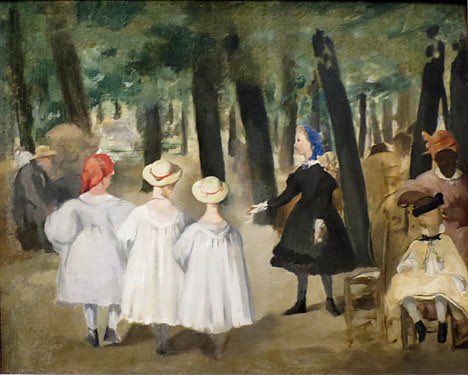 In her 1999 book Differencing the Canon, art historian Griselda Pollock found a birth certificate for a woman named “Laure” dated April 19, 1839. She suggested that she met Manet while working as a nursemaid in the Tuileries Garden in Paris. https://t.co/CZubXnJnfl

Laure was most likely African or Caribbean. We know she lived in Paris in the 9th arrondissement because Manet recorded this in his journals. He recorded her address & sketched a map to help him remember where she lived, which you can see here https://t.co/9ePeeA52CQ

While Laure modelled for Olympia, she would have walked all the way to Manet’s studio at 81 rue Guyot, renamed rue Médéric, in the 17th arrondissement, about 30 minutes along Boulevard des Batignolles and Boulevard de Courcelles (given this name in 1864). 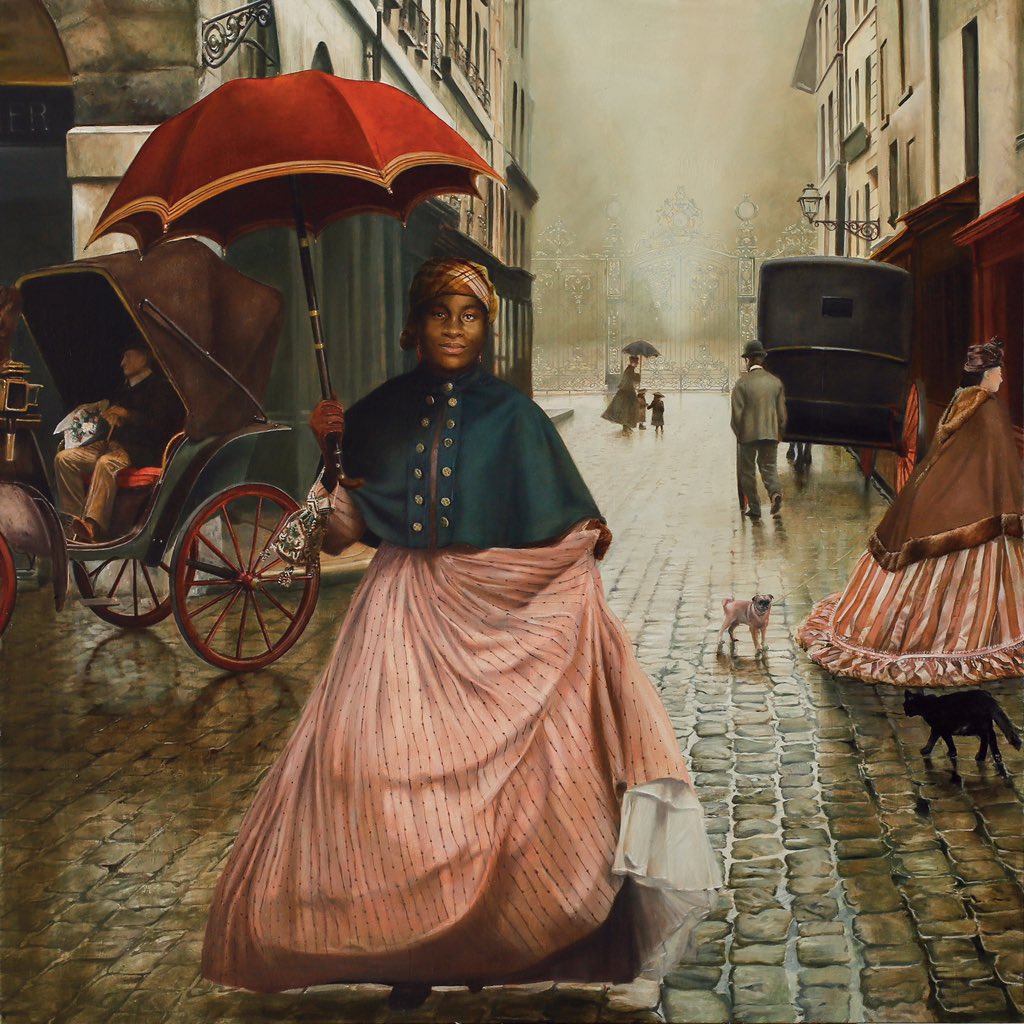 In 2019, the Musée d’Orsay in Paris held an exhibition titled "Black Models: From Géricault to Matisse” to place the spotlight on the history of black models in western art. Manet’s Olympia was part of the exhibition.

For the exhibition, each painting was temporarily renamed in honor of their newly identified subjects, and “Olympia” became “Laure”. You can read more about that exhibition here https://t.co/4LW6jtM4N0

For those of you asking, Manet used his own cat, Zizi, as the model for the black cat in the painting. Manet depicted cats in several paintings (modelled on Zizi). Critics believe he used cats to suggest mysterious female sexuality

The exhibition at Musée d’Orsay in Paris, was based on the PhD & first currataed exhibition of Dr Denise Murrell at Columbia University - “Posing Modernity: The Black Model From Manet and Matisse to Today”. You can read about her research & work here https://t.co/OksVHGZ6hC