This is Lucille Bogan (1897-1948), an American blues singer. Along with Bessie Smith and Ma Rainey, Bogan was one of the ‘big three’ women of early blues music. She recorded some of the most sexually explicit songs of that era (and many others). 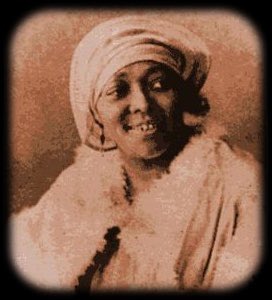 She was born Lucille Anderson and was raised in Birmingham, Alabama. She married Nazareth Lee Bogan in 1914 & they soon had a son, Nazareth Jr. She later divorced Bogan and married James Spencer.

She started recording vaudeville songs in 1923. Her first big hit was “Sweet Petunia" in 1927. She started performing as Bessie Jackson in 1933 and her big hits included “Seaboard Blues", "Troubled Mind", and "Superstitious Blues".

Some of her songs came straight from the rowdy jazz clubs where Bogan started her career. Songs about drinking and sex were staples of her repertoire.

“BD Woman’s Blues”, for example, is about lesbians - the “BD” stands for ‘bull dyke’. Here are the lyrics. Listen here https://t.co/EDXoNtw3df https://t.co/nrU5oun3R8

Rainey’s version doesn’t make any mention of this and is pretty clean. Some of the lyrics are “Here's one thing I don't understand, / Why a good-Iookin' woman loves a workin' man, / Eeh, hey, daddy won't you shave 'em dry?” You can listen to it here https://t.co/YbUTT8NITf https://t.co/8i3TiP4oIx 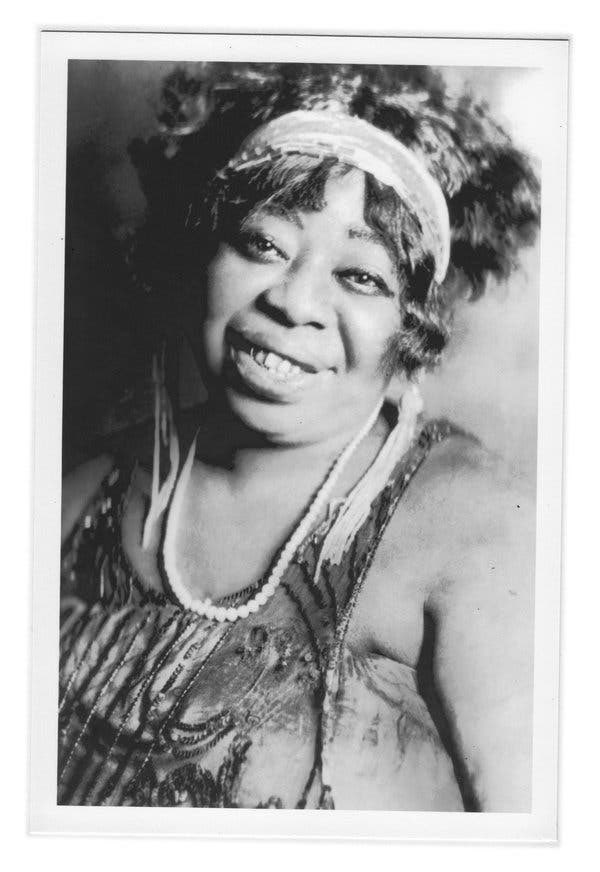 Bogan recorded two versions in 1935 - a dirty one and really dirty one. The more explicit of the two was only released in 1991 on the compilation album Raunchy Business: Hot Nuts & Lollypops.

The opening lyrics are “I got nipples on my titties big as / the end of my thumb, /I got somethin' 'tween my legs / 'll make a dead man come.”

Other lyrics are “Say I fucked all night, and all the night before baby, / And I feel just like I wanna, fuck some more”.

And, “Now your nuts hang down like a damn bell sapper, / And your dick stands up like a steeple, / Your goddam ass-hole stands open like a church door, /And the crabs walks in like people.”

You can listen to it all here https://t.co/NpyyfLE2hd

Bogan didn’t record again after 1935 and “Shave Em Dry” was one of the last songs she did record. She managed her son's jazz group, Bogan's Birmingham Busters, for a time, before moving to Los Angeles shortly before her death in 1948.

Bogan may have recorded the most sexually explicit blues song, but she certainly wasn’t the only one singing them.

Ethel Waters recorded ‘My Handy Man’ in 1928. Some the lyrics run, 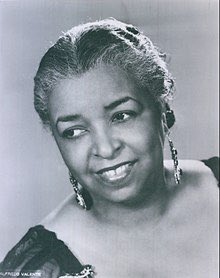 Bessie Smith’s records are charged with sexual content. In “Kitchen Man” she sings ‘Anytime he wants to, he can use my sugar bowl’ and ‘His jelly roll is nice and hot’. https://t.co/6BfqTv6vkl 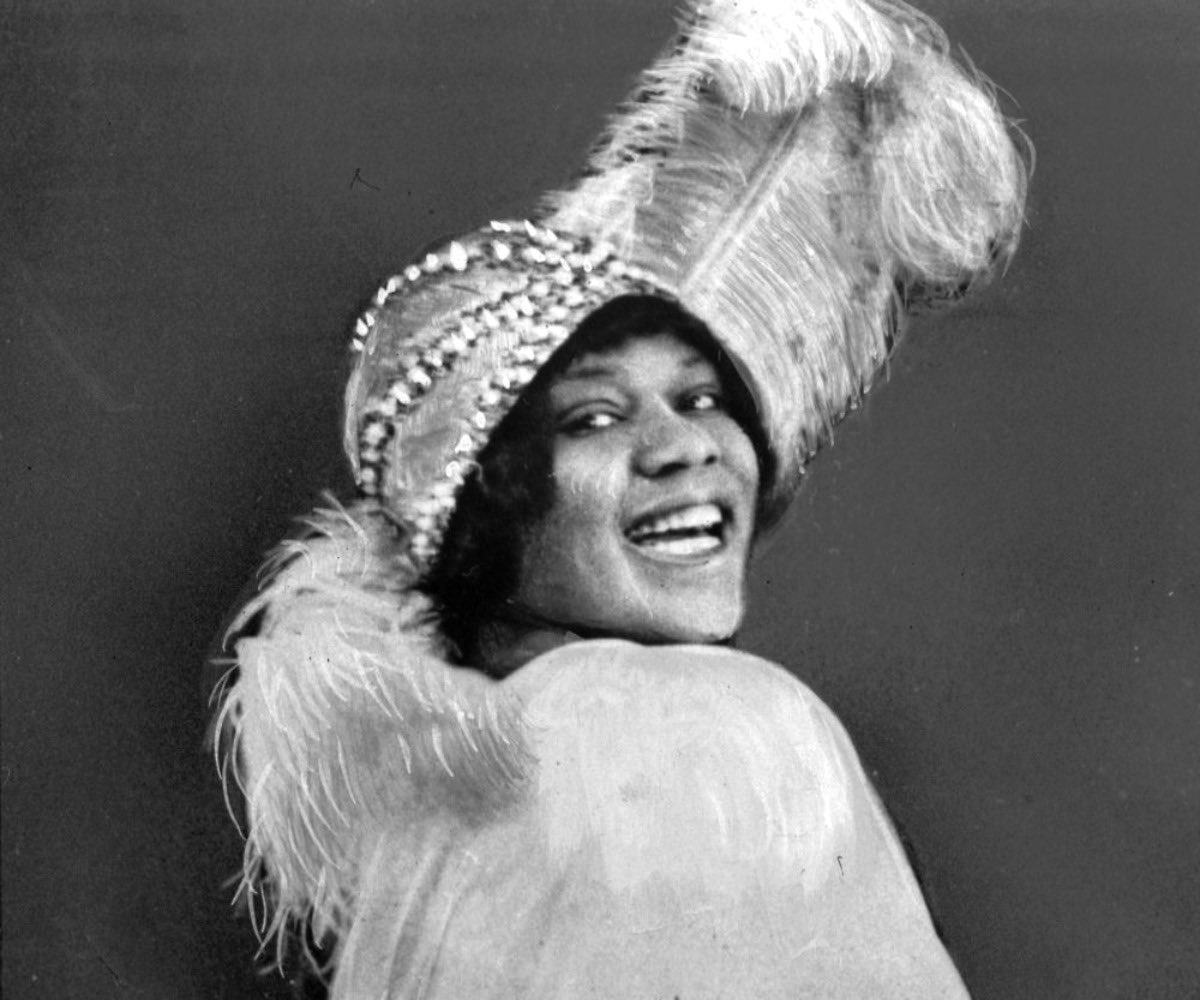 Smith’s “Empty Bed Blues” is about waking up after a one night stand to find her lover has left.

“He poured my fresh cabbage and he made it awful hot, / When he put in the bacon, it overflowed my pot.”

In 1922, Trixie Smith sang ‘My Daddy Rocks Me (with one steady roll).’ “I looked at the clock and the clock struck three, / I said, ‘Now daddy you’re killing me.” https://t.co/iOQld9nVQv https://t.co/qwtjbuLgea 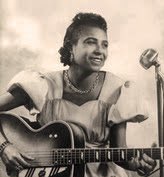 Lil Johnson was famous for her dirty songs. She recorded “Anybody Want to Buy My Cabbage?" And “Press my Button, Ring my Bell” in 1935 - some lyrics to that include.. https://t.co/hrbBA0twTU

Victoria Spivey recorded “One Hour Mama” in 1936. These are the lyrics, listen to it here. https://t.co/khBjyZHIZr https://t.co/J0jJGVR9H7 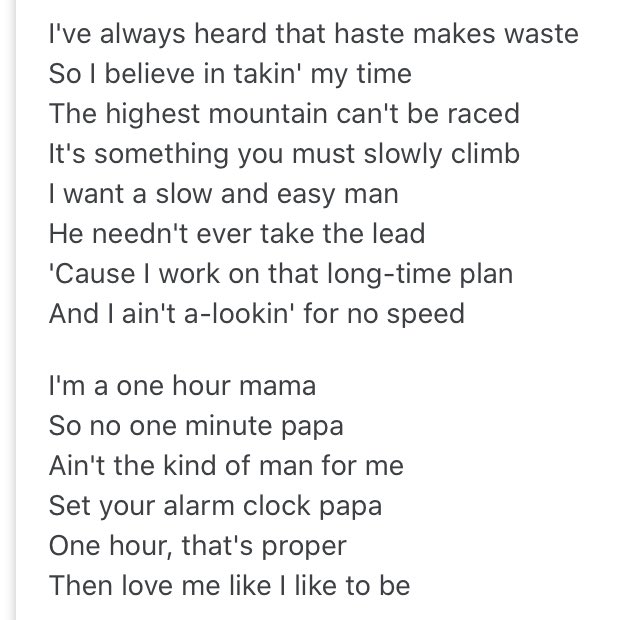 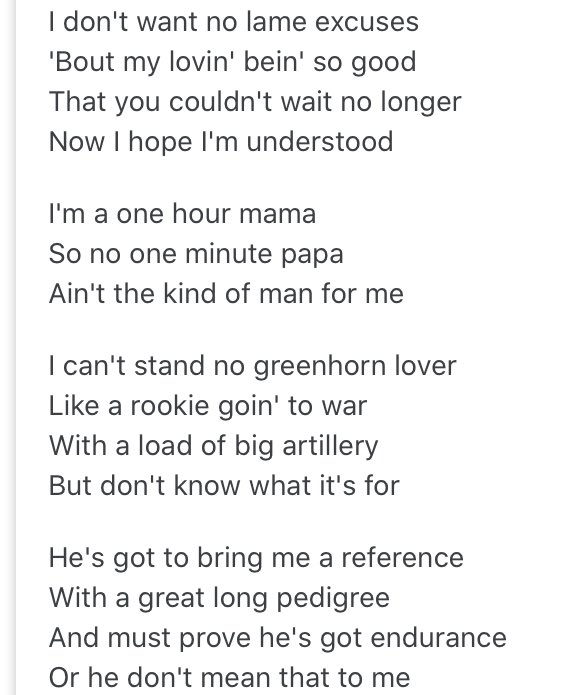 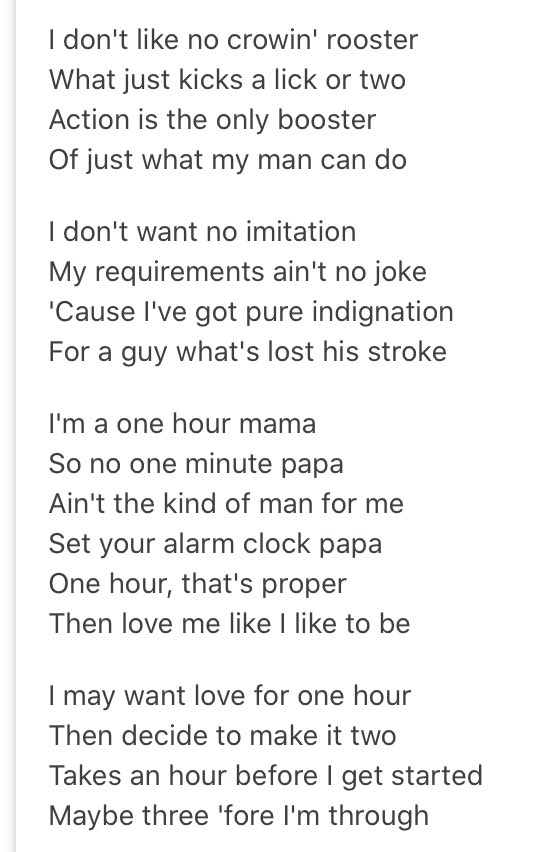 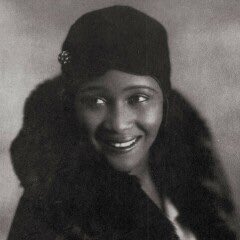 So, as you can see women of colour singing sexually explicit songs is nothing new. It has a very long and glorious tradition.

This entire thread was inspired by Nick Nitely whose tweet quite rightly pointed to Lucille Bogan’s work when ppl lost their minds at Cardi B and Megan Thee Stallion's new WAP video.

As conservatives are now gearing up to try and ban Cardi B & Megan Thee Stallion’s WAP song, it’s worth remembering that every artist in this thread also appalled white conservatives who tried to cancel them & their dirty songs almost 100 yrs ago