This is Elena Milagro de Hoyos (1910-31), a beautiful Cuban-American woman who sadly died of tuberculosis. Elena’s doctor, Carl Tanzler (1877-1952) was madly in love with her, and wasn’t going to let a little thing like her dying get in the way of them being together. 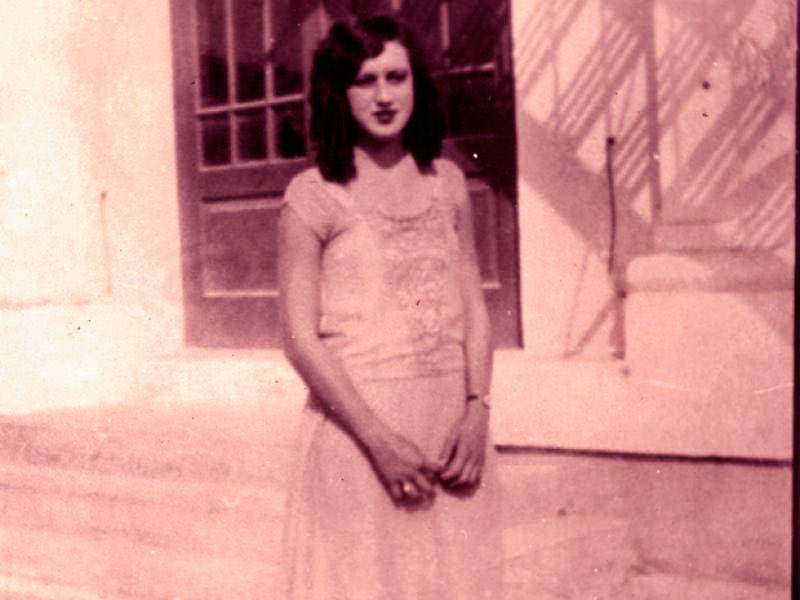 Tanzler was a German-born radiology technologist at the Marine-Hospital Service in Key West, Florida. He married married Doris Schäfer in 1920, had two kids & the family emigrated to the US, where Tanzler left the family & set up on his own. https://t.co/xR731aXvue 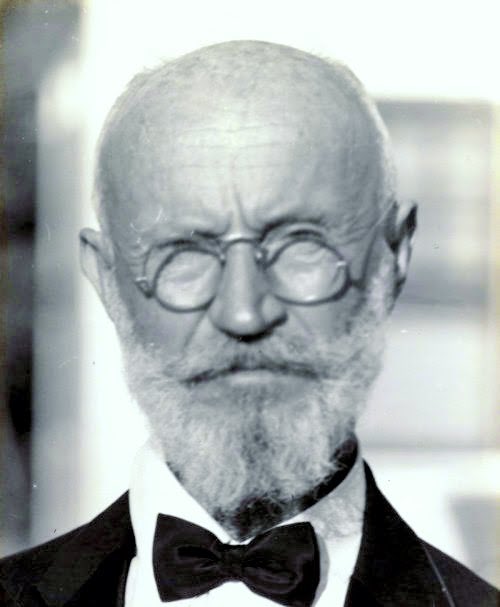 Tanzler was certainly something of an eccentric & claimed to have had visions of Countess Anna Constantia von Cosel (a long dead ancestor) who showed him a beautiful, dark haired woman was going to be his true love.

Enter Elena Hoyos. Elena’s mother took her to the hospital in 1930 to be examined, where Tanzler recognised her as the woman in his visions. Elena was married to Luis Mesa, but this (or indeed his own wife) didn’t discourage Tanzler. https://t.co/UZ7RkdWAYd 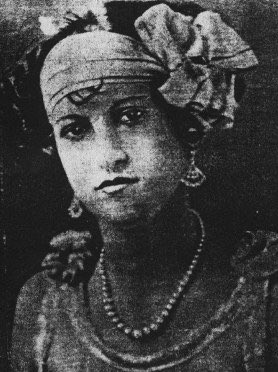 Elena was eventually diagnosed with tuberculosis & Tanzler set about treating her personally. He used all manner of treatments but also showered her with gifts & repeatedly professed his love. There is no evidence Elena reciprocated any of this. It was entirely one sided. https://t.co/Rhf7AxEzfg 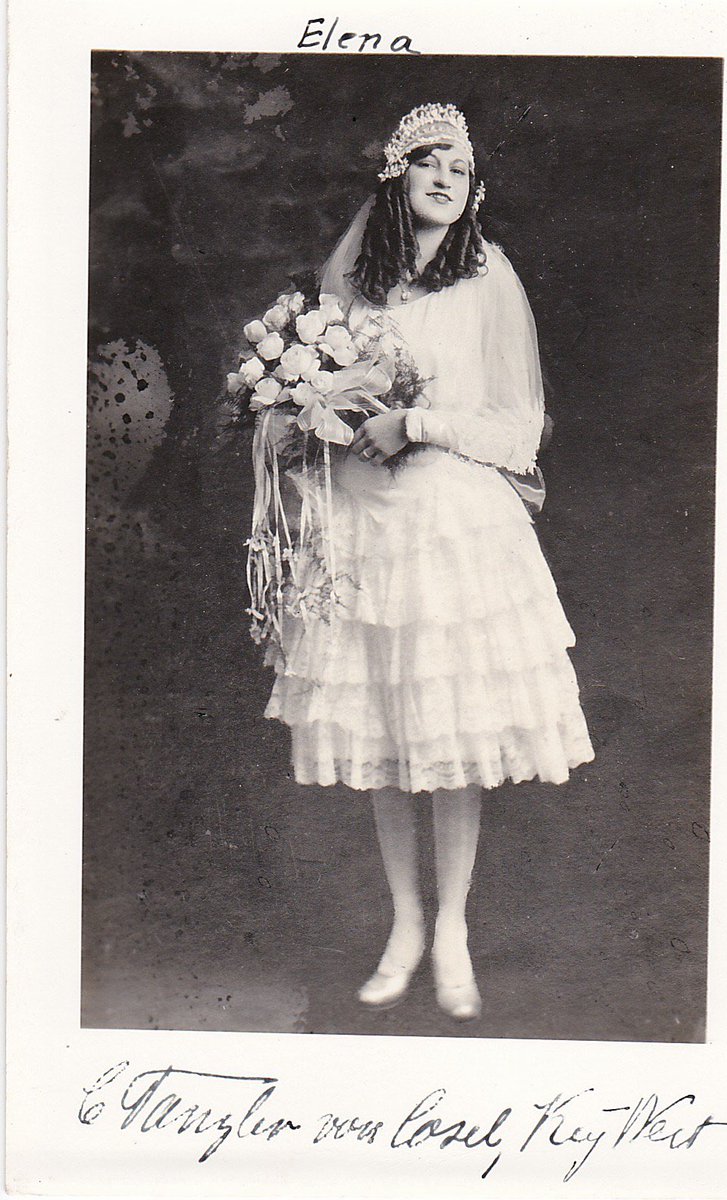 Sadly, Elena succumbed to tuberculosis at her parents' home in Key West on October 25, 1931. Tanzler was absolutely distraught. With the families’ blessing, he paid for the funeral, & for an elaborate mausoleum in the Key West Cemetery, where Elena was interred. https://t.co/2JQ4eHKmAW 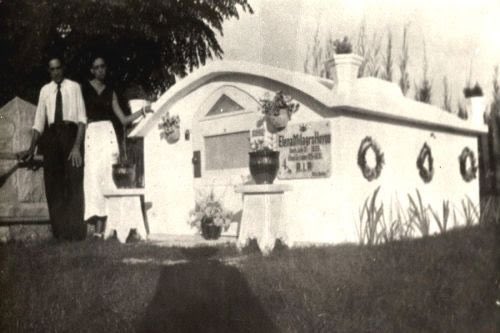 Tanzler had a key & visited almost every night for 2 years.

Tanzler would later claim that Elena’s spirit appeared to him as he sat by her grave & he sang Spanish songs to her. He also said that Elena repeatedly asked him to take her home with him.

In 1933, Tanzler did just that. In the dead of night, he crept into the mausoleum, removed Elena’s body and carried it home to his new workshop, seen here. https://t.co/CO7t2TcYvQ 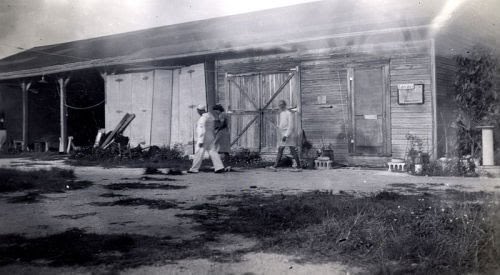 After 2 years, Elena’s body was in an advanced state of decomposition, so Tanzler set about putting her back together.

Over the next 7 years, he set about “fixing” Elena. He put her bones back together piano wire, replaced her skin with silk soaked in wax and plaster of Paris, and replaced her eyes with glass ones.

He painted her face back on & made a wig from the hair that had not quite decomposed & the hair she’d cut off & kept while in life (he’d asked her mother for it after she died). https://t.co/hZVdPUZFp6 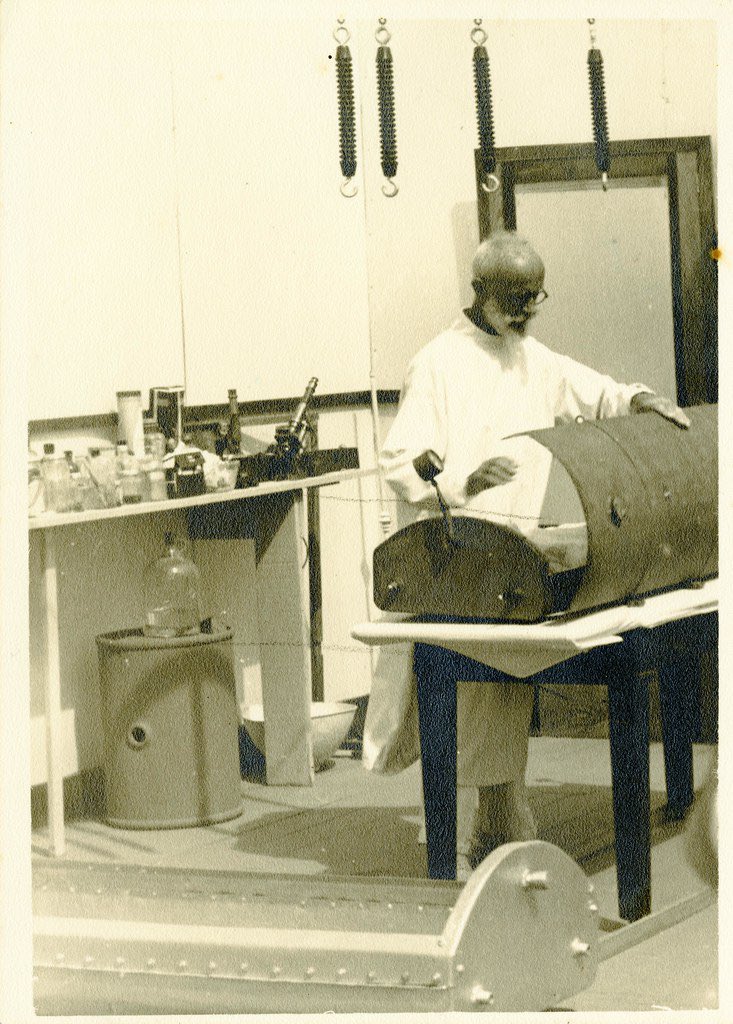 He packed the abdominal and chest cavity with rags & doused her in various perfumes, preserving agents & deodorants to mask the smell. Finally, he dressed his creation in stockings, jewelry, and gloves, and kept her in his bed.

And here she is. https://t.co/VYgh54pqIC 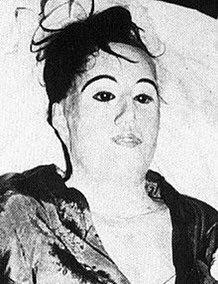 He tried running electricity through the body to bring her back to life.

Later reports claimed he had packed the vaginal cavity with a tube to allow intercourse, but there is no evidence of this beyond speculation.

He propped her up in chairs, slept with her in his bed (actually the bed she’d died in & he’d taken from the family), had dinner together, & he kept buying her presents - including a wedding dress.

Neighbours saw him dancing with something late at night, through the windows.

All the while, believing she was going to come back to life. 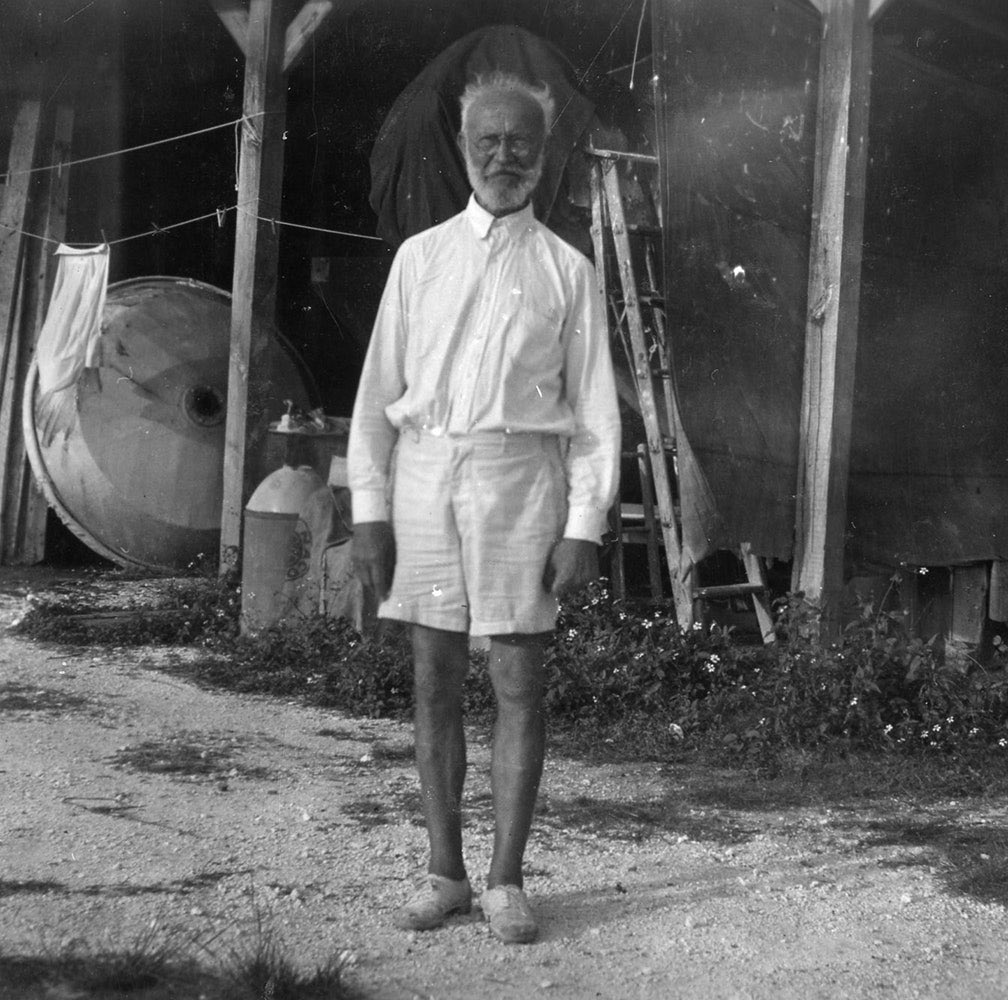 In 1940, Elena’s family demanded Tanzler meet them at the mausoleum & show them her body & grave were intact. Obviously, Tanzler reacted hostility to this & refused.

Elena’s sister, Nana, was also dying of TB at this time, & she spoke to Tanzler sayings she just wanted to make sure her sister was safe.

This seems to make sense to Tanzler who also wanted to keep Elena safe, so he invited Nana & her husband to his home, where he proudly showed them his work. He showed them the body, and said..

“Come here, Nana, and see now beautiful Elena is resting in her bed in her silken garments and with all her jewelry. Come and see, she could not have it better anywhere. I think that will pacify you now.“

It’ll come as little surprise to learn that seeing the mummified body of their sister, lying on the bed she died on, with her face painted on, did not pacify Nana. Tanzler was arrested soon after. https://t.co/YhRgkWGfl3 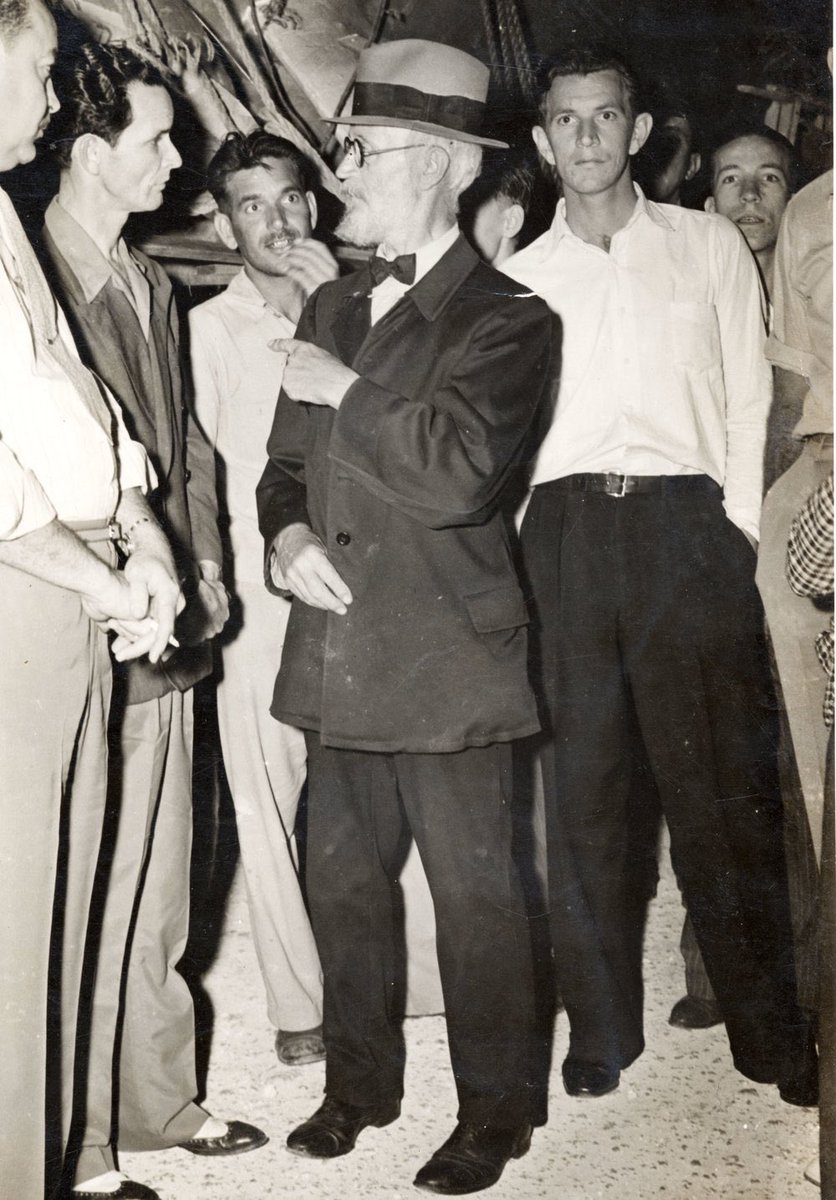 Tanzler was charged with “wanton & maliciously demolishing, disfiguring, & destroying a grave.” While he was awaiting trial, Elena’s remains were put on display at the Lopez Funeral Home. Thousands of ppl came to see her. https://t.co/h88NC2WCUP 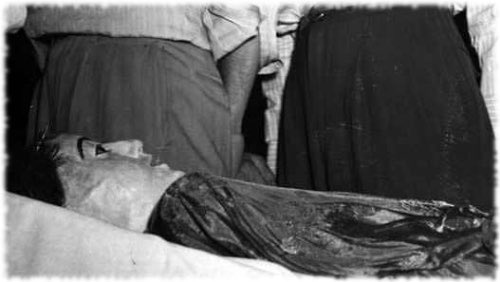 It was at the trial that all the terrible details came out, including the fact Tanzler had been building an aircraft, believing he & Elena could fly into outer space, where radiation would revitalize her body. https://t.co/i2RQSteM7c 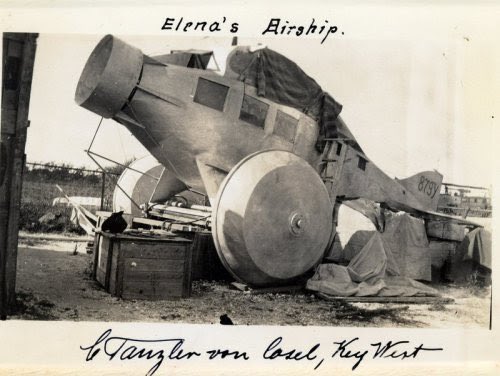 Tanzler’s wife, Doris also back in touch & testified that her husband was not mentally well, but he was found mentally competent to stand trial.

In a shock ruling, on October 19th 1940 the judge found that as 7 years had passed since he stole & desecrated the body, Tanzler could not be legally punished for what he had done.

Elena’s remains were finally buried in an undisclosed location. https://t.co/KnUpJk5Qmc 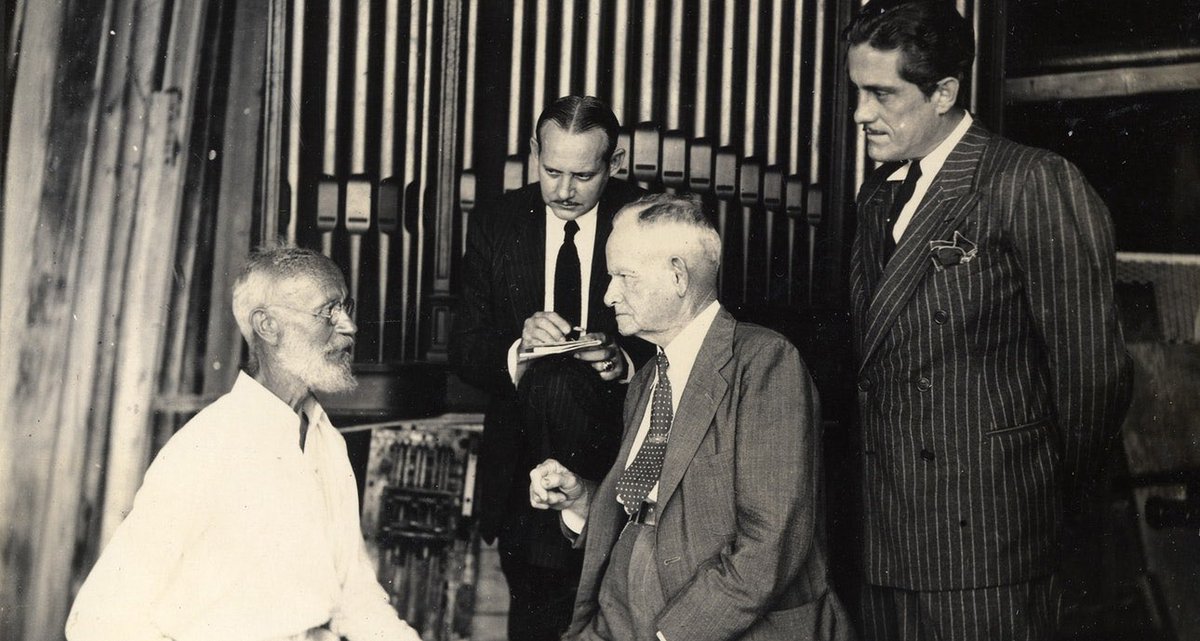 His name ruined & no way to make any money, Tanzler started giving tours of his home to the public. Eventually, he had to leave town & moved to Zephyrhills, where he lived on handout from his former wife, sister, & money he could earn by selling his story.

Did he get over his infatuation with Elena? No. No he did not. He created a shrine to her in his home, sat in ‘their aircraft’ to draw pictures of her, & when he died in 1952 another replica of Elena was found in his home. https://t.co/TaRnVMy1Ni 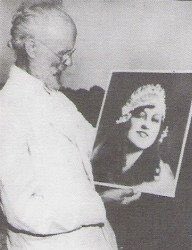 The exact location of Elena’s grave has never been disclosed.

There are a fair few podcasts that look into this story, do share your favourites below. I really liked Caitlin Doughty’s episode on her YouTube channel “Ask a Mortician”. Link here https://t.co/eMaXXzxyEj