I really value colourising historical images. It can bring history to life & is a powerful tool in creating empathy, but manipulating images is just wrong, especially when the image is one of trauma.

This is Matilda ‘Tilly’ Devine, a former sex worker, gang boss, & madam of a chain of brothels in Sydney. She was a violent mob boss & slashed a man’s face open with a razor. Loughrey has given her a big smiley face & youthful complexion. https://t.co/NkUUuSEWSj 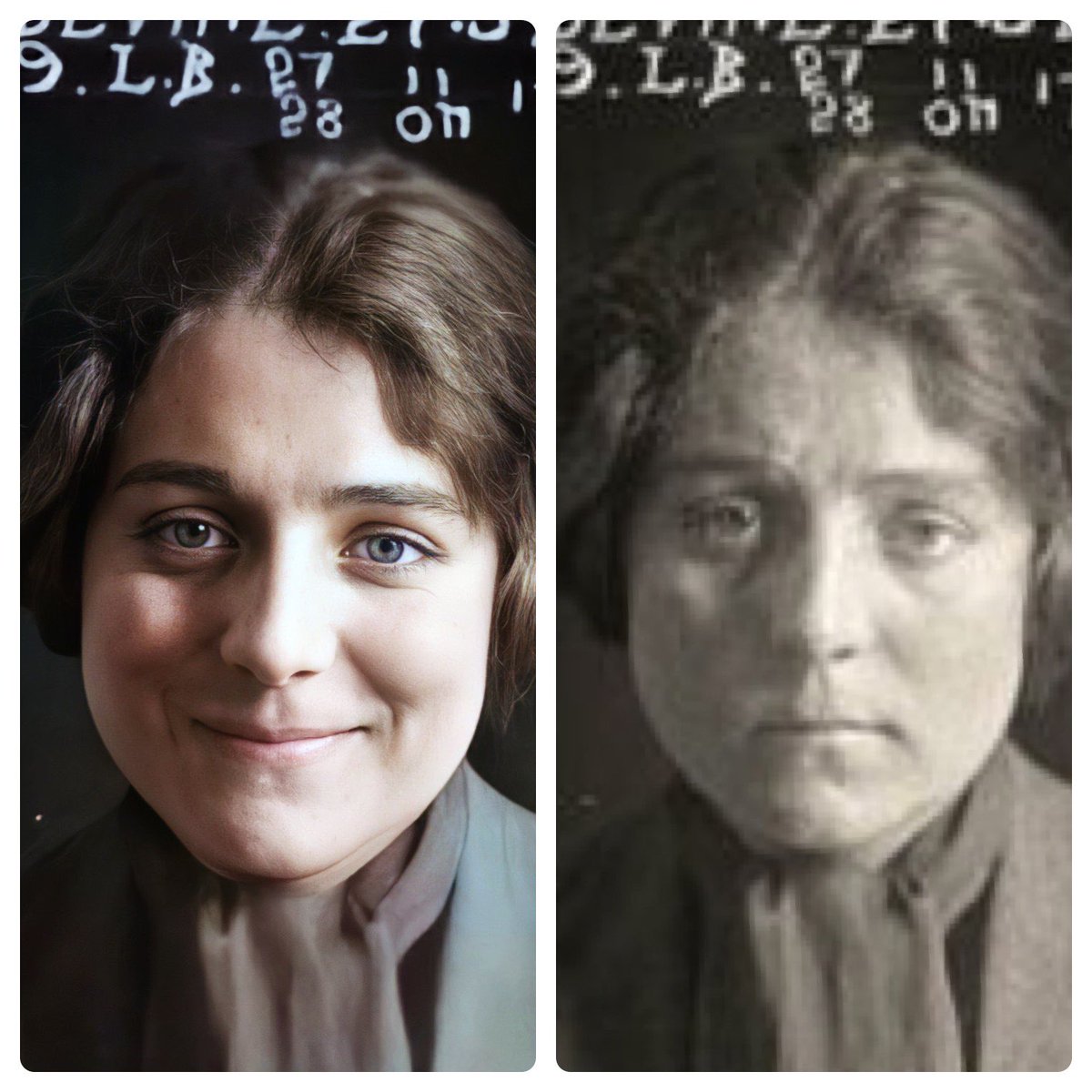 This is 25yo old Muriel Goldsmith, who was convicted of stealing valuables in the Criterion Hotel in Wagga Wagga, New South Wales. She was a prolific thief with a string of aliases. This is her mugshot. To present her as smiling is a terrible distortion of the truth. https://t.co/EFc6FGO0O5 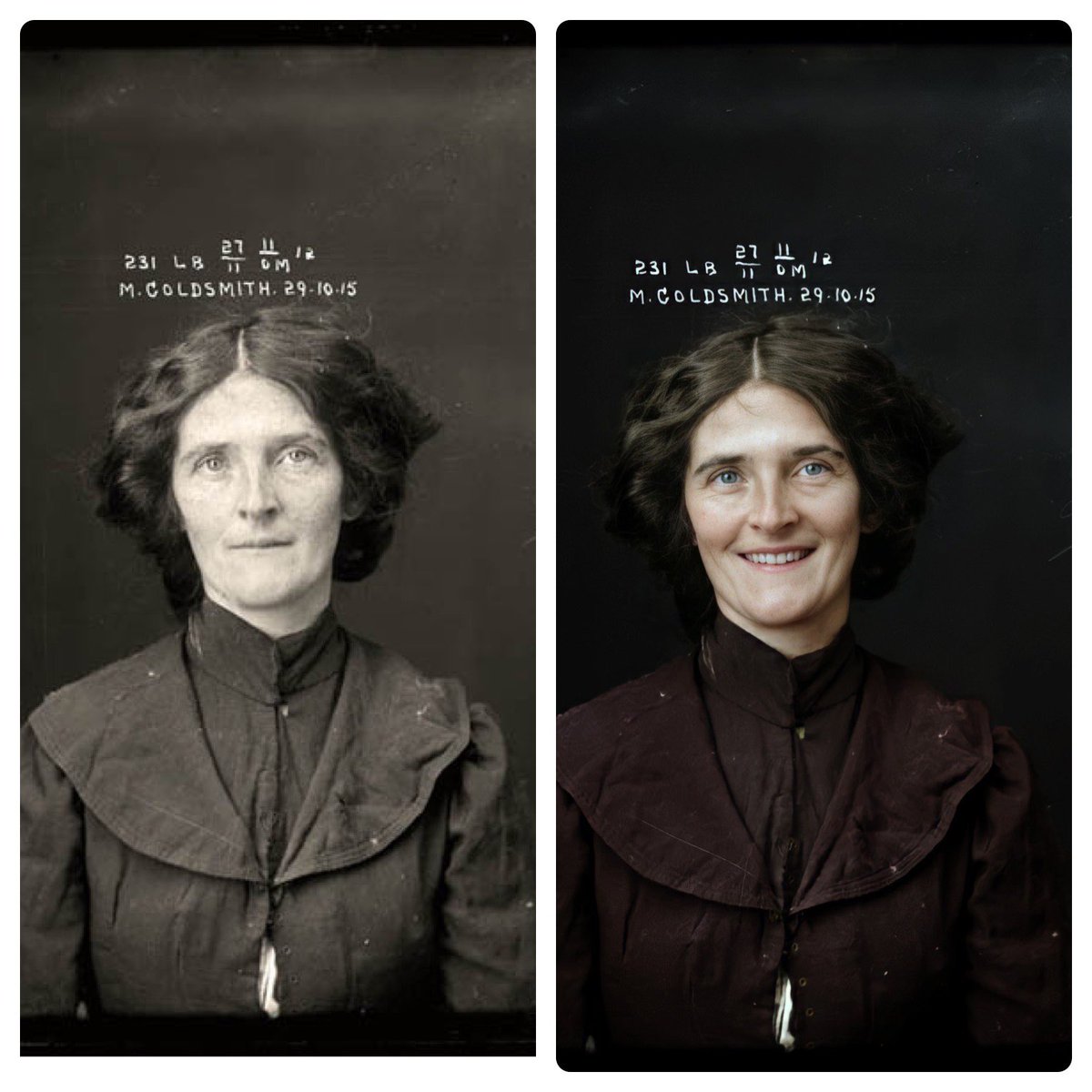 This is Fay Watson’s mugshot. She was arrested & convicted for possessing cocaine. There isn’t much trace of Fat after this, but this wasn’t a happy occasion for her - as it clearly visible in the original https://t.co/50H6ZKJi7S 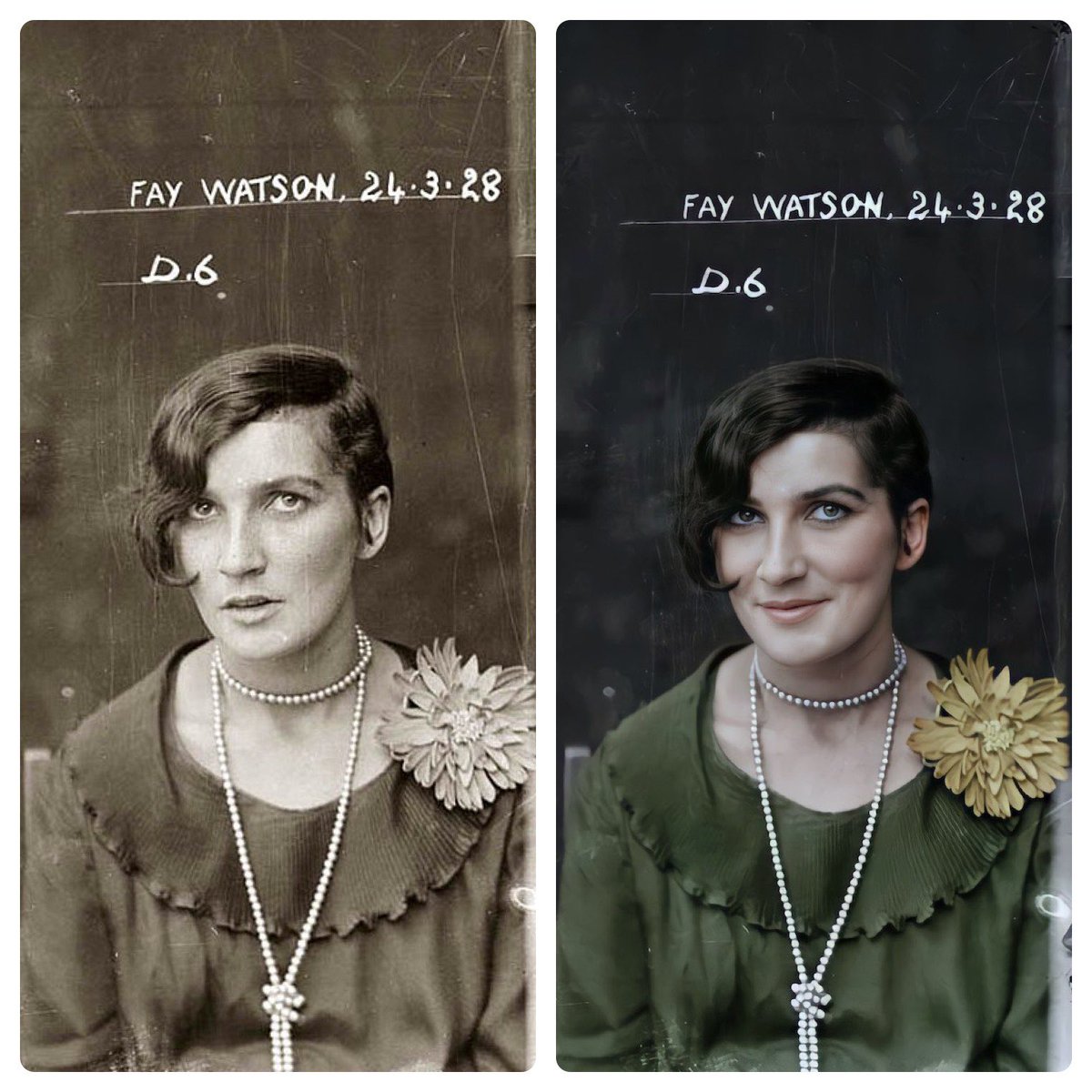 When asked what does he like about colourising mugshots, this was Loughrey’s answer - which makes it even stranger that he made them smile! https://t.co/MlVEXABs9g 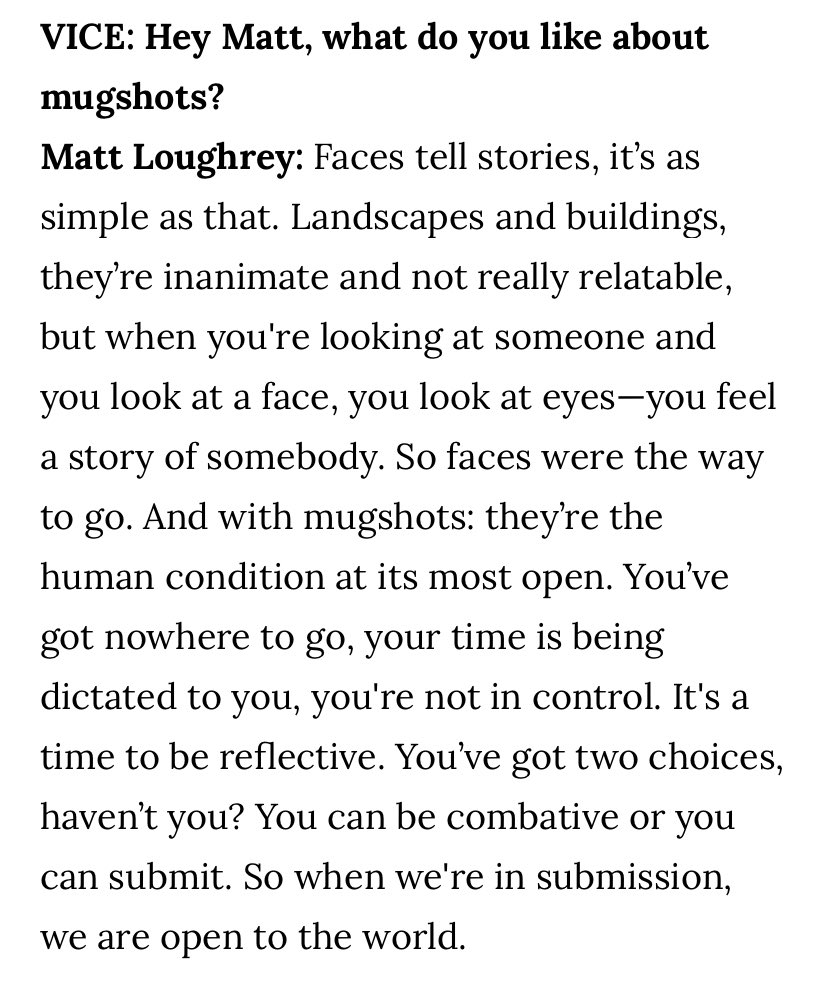 But here what I do find concerning, when asked if he had any concerns about colourising images of female criminals, this was Loughrey’s answer. https://t.co/hEwh3BepL4 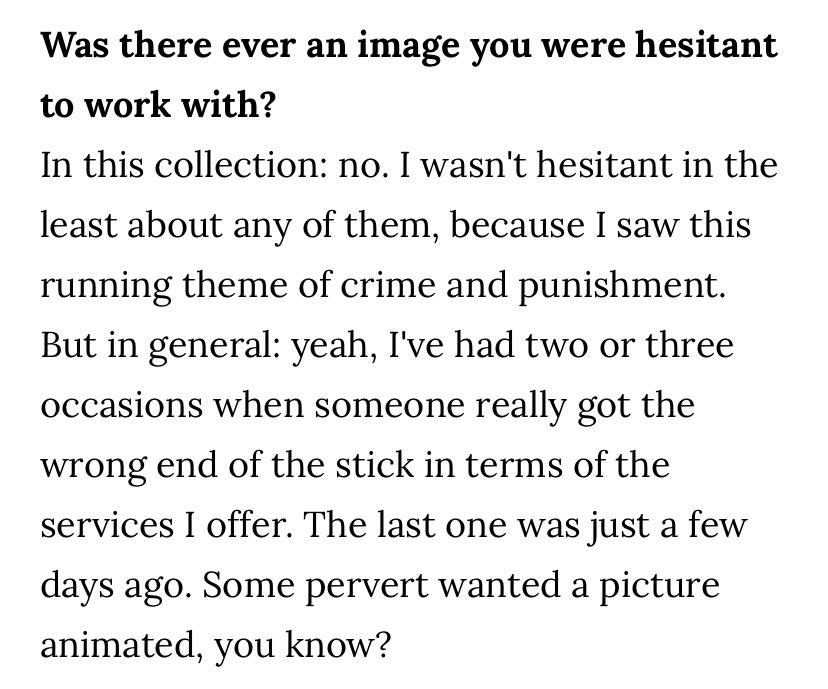 But historians should always be concerned about their material - especially if they are altering them. Just because these women had criminal convictions does not make them fair game. They will have living descendants that needed to give permission.

These images are part of The Sydney Living Museum & even they recognise they do not hold the copyright for all of them https://t.co/m5zfcVm7ow https://t.co/2dKrUb6OOm 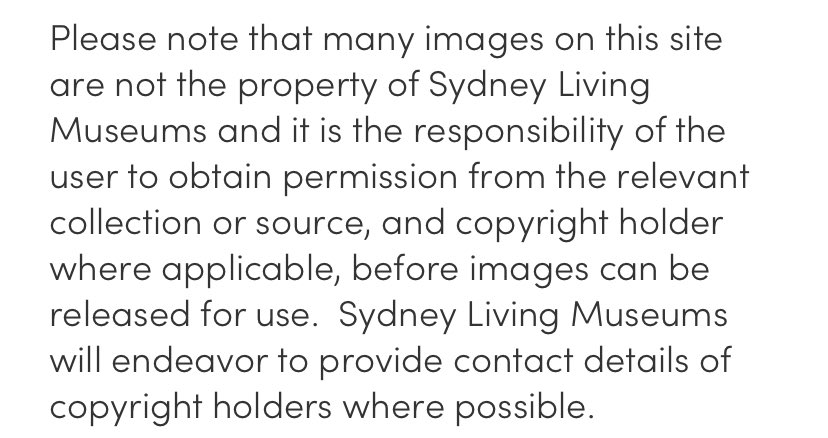 But where they do own the images, the copyright is quite clear. As Cambodia's Tuol Sleng Genocide Museum have confirmed Loughrey didn’t have permission to alter images of victims of the Khmer Rouge, can @VICE confirm he had permission from @sydlivmus to manipulate theirs? https://t.co/dx7P2b93v8 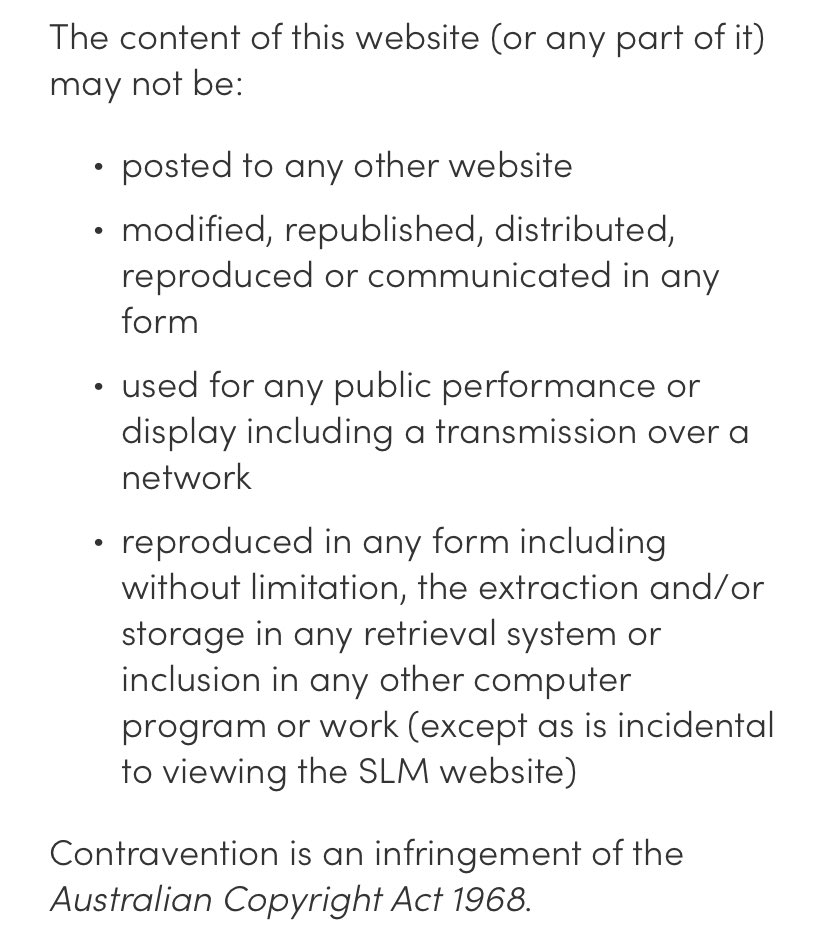 I know there is a huge difference in manipulating victims of genocide & manipulating mugshots, but these women were still real ppl with real histories that is being distorted. Living women already get told to “smile” too much, can we at least leave the dead ones alone?