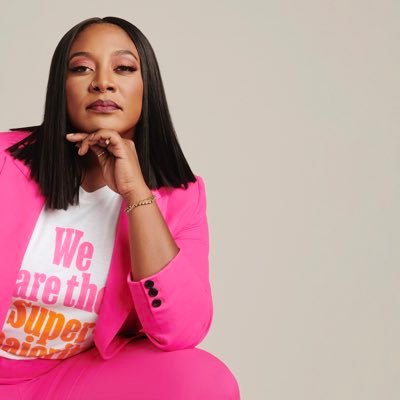 This summer, one of your favorite pundits called me on the phone and told me that it was imperative to change the message of “defund the police.” For the better part of an hour, they chastized me that it would cost Democrats the election. That it was a gift for Republicans.

They then continued on to say that they had NEVER been wrong when it came to predicting elections. That they had the inside track and talked with everyone and that pretty soon I would see just how wrong we were. Essentially, patting me on the head. You know the deal.

That person is now singing the praises of Stacey Abrams and LaTosha Brown and all the Black organizers. And decrying the violence of today, as if it were some kind of surprise, as if that’s where they’d been all along. 🙄

There’s quite a few morals to this story. You should know that Black organizers are tired of being told what’s gonna fly by people who ain’t grounded in our communities. And we have endured that. All year. Last year. The last seven years.

We kept our heads down. Endured death threats that few paid attention to, or treated as if they were isolated incidents. Endured endless finger wagging and hand wringing and hair splitting.

But as I watch the complete amnesia of the nation from the events of just a few hours ago, I remember this — it’s never been enough to be at the table. You must always push to set the menu. That’s what @MsLaToshaBrown taught us. Don’t miss the lesson.

She said it’s not about them, it’s about US. I hope you’re listening as you watch this nonsense.

@rashadrobinson been consistent in reminding us that proximity is not power. For those of us with our eyes on freedom, remember to keep your receipts. Organize them. Don’t you have amnesia too. That shit is deadly.

And remember who your friends are. I don’t mean friends like people who agree with you all the time. I mean people who roll with you even when they’re scared. Some folks only wanna be along for the ride when the top is down and the sun is out — cuz they like the shine.

This has been your daily installment of receipts.