the latest "documentary" from CGTN claims that there was large quantity of materials inciting "blood, violence & extremism" in the 2003 and 2009 versions of Xinjiang's Uyghur language textbooks. What exactly did they find? I watched the full length video
https://t.co/EZSEqzEEmA https://t.co/WGdSDIKfPU 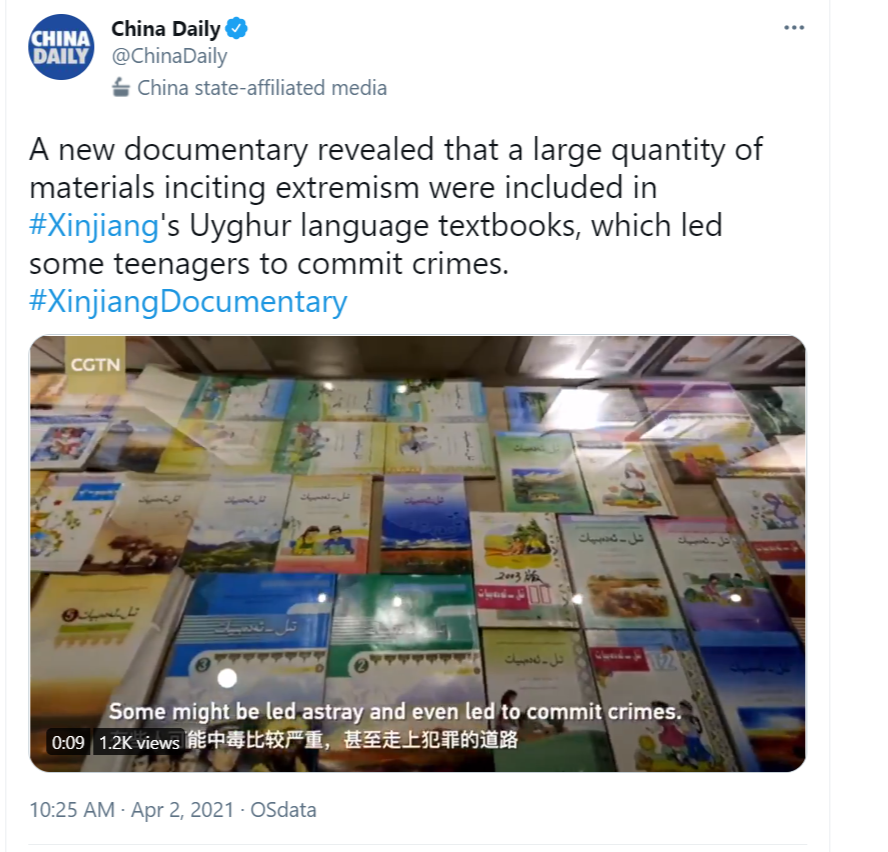 the only two pieces of evidence provided in the documentary are:
the first example is a photograph of Ehmetjan Qasimi wearing a badge that supposedly represents the ETR. Qasimi was a member of the Soviet communist party and a leader of the second ETR. https://t.co/IUvRCp9Nai 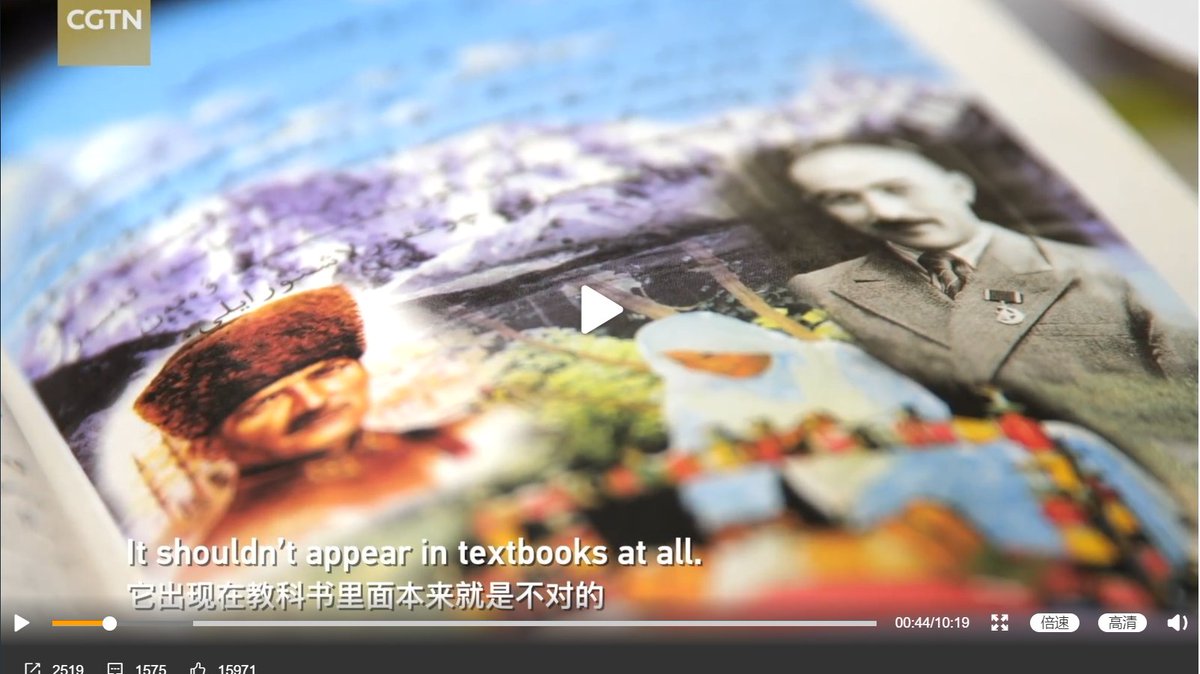 The person interviewed says this symbol shouldn't appear in a textbook.
the 2nd example she gave was a folktale about 7 Uyghur girls jumping off a cliff when trapped by Han Chinese soildiers. She says this incites ethnic hatred.
on the other hand, Chinese textbooks I grew up https://t.co/hxo0gFW2ZY 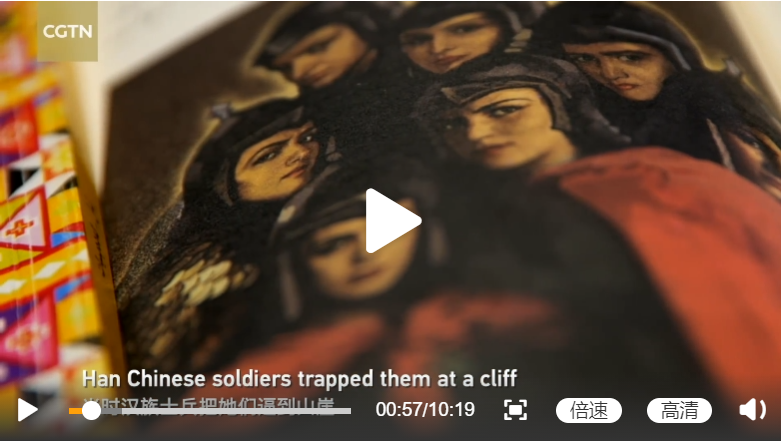 with are full of stories about Han "ethnic heroes" 民族英雄 sacrificing their lives when there was a war between the Han and other ethnic groups.

That's all the evidence given in this documentary about violence and extremism in these previous textbooks.

what we also learn from this production is that all those involved, the former directors general of the education department, the director of the publishing house, and the chief editor, were sentenced to death or got life sentence because of these textbooks. https://t.co/FgF5TgP7mY 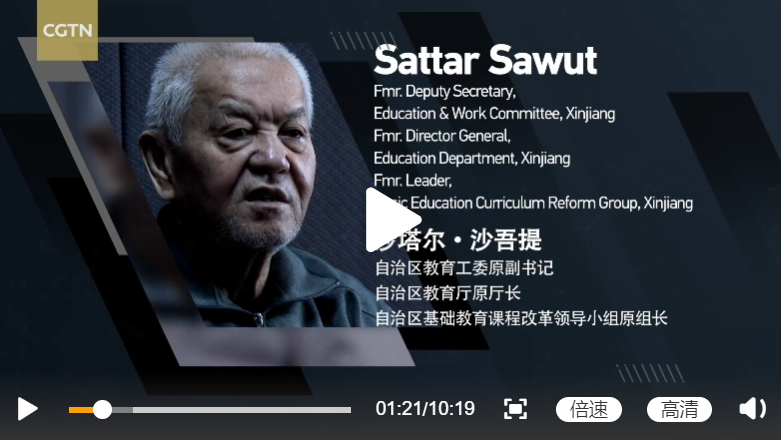 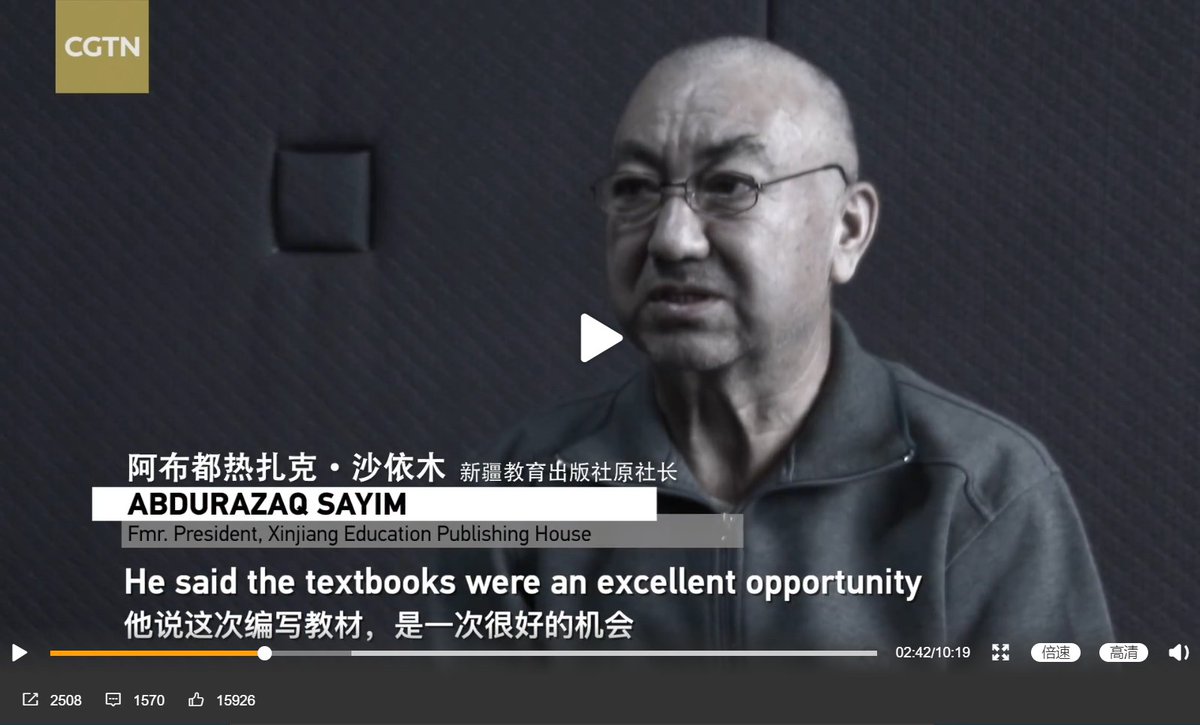 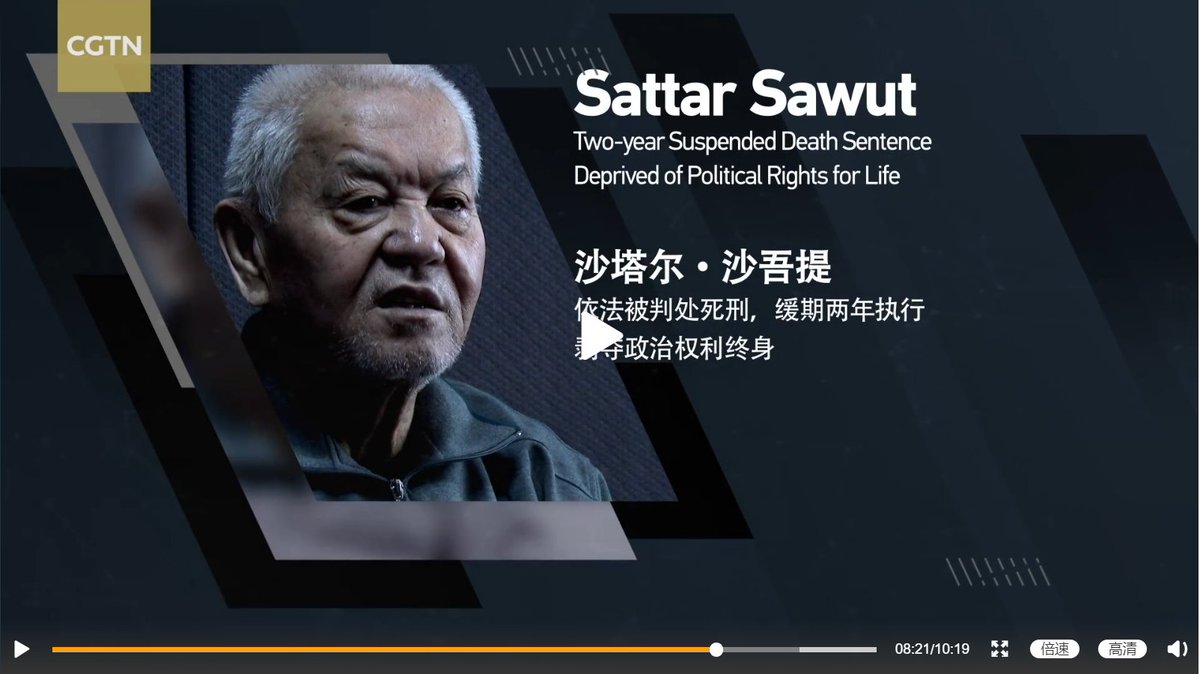 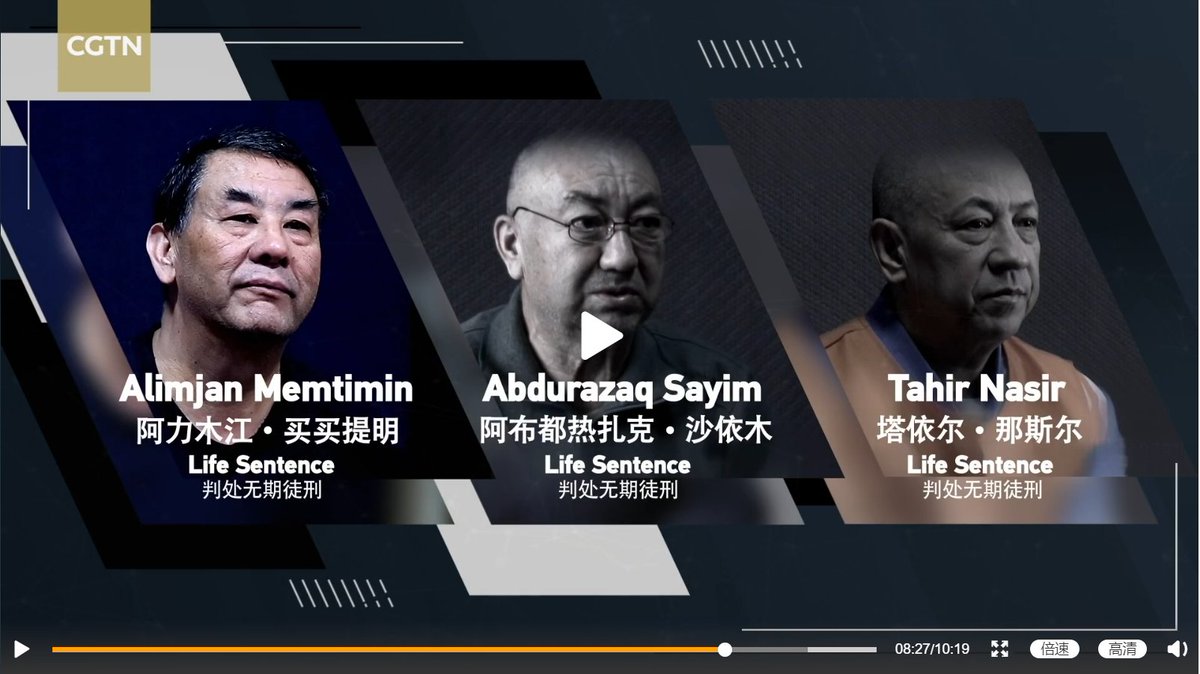 this video ends with the current editor showing the reporter the current version of the textbook.
the new textbook begins with China's national emblem/flag, the statement "we're Chinese", and the flag-raising ceremony, all before the alphabet table. https://t.co/KKPxK3Xwev 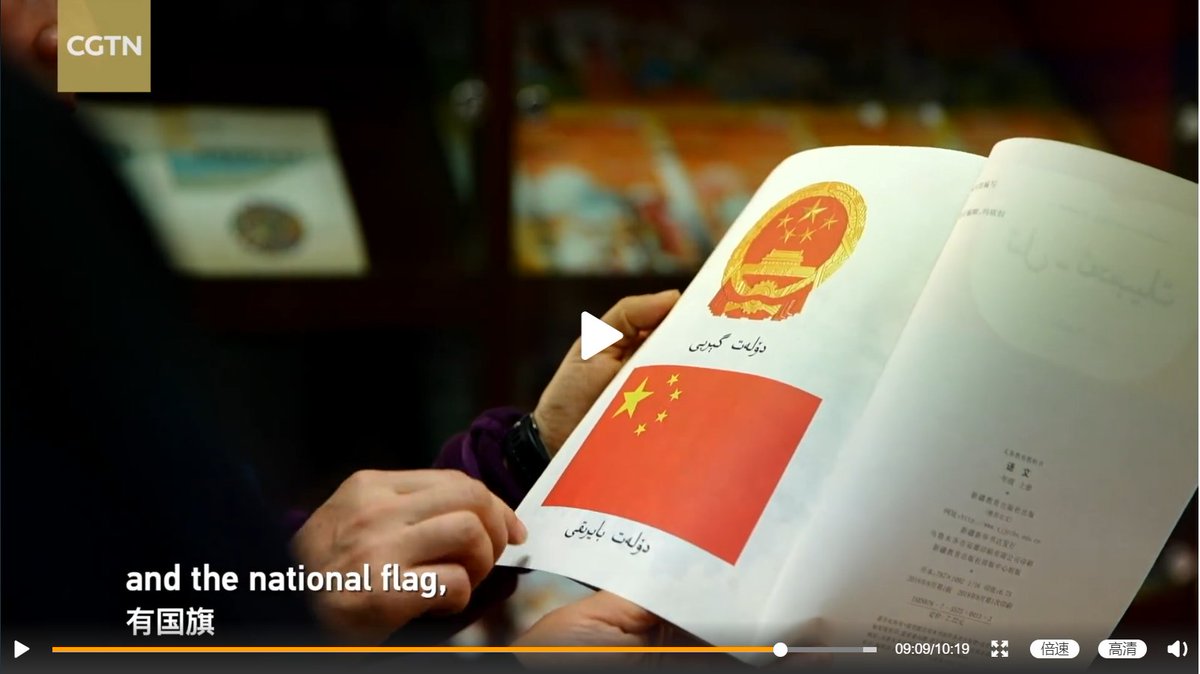 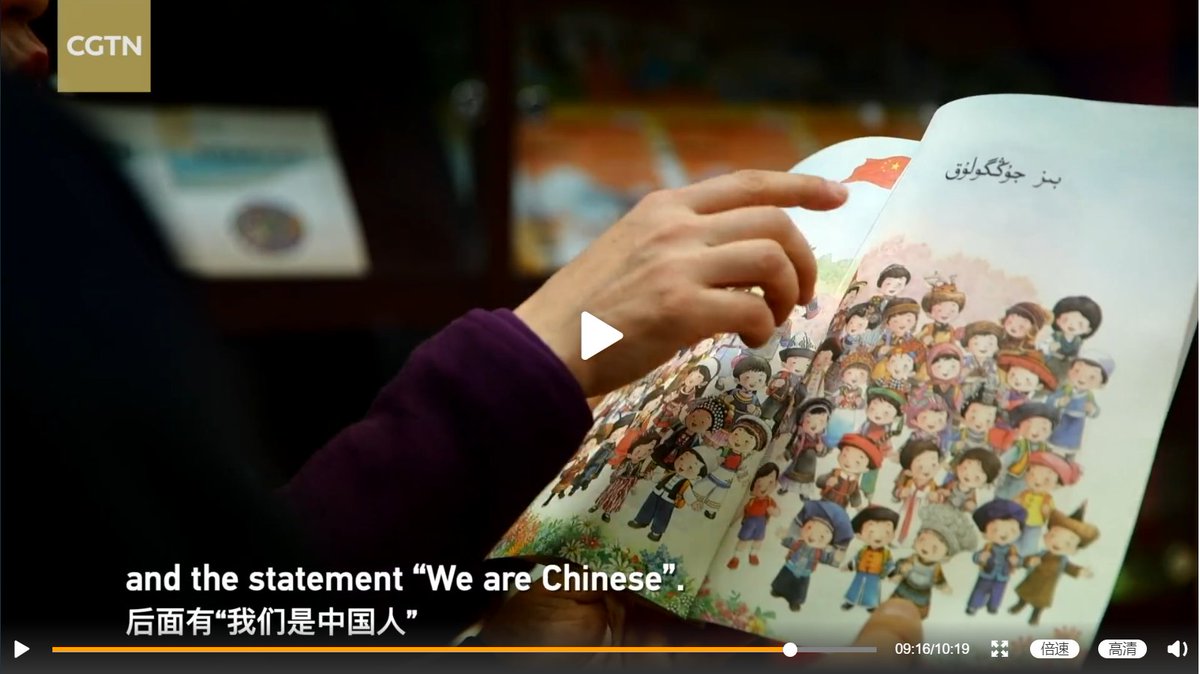 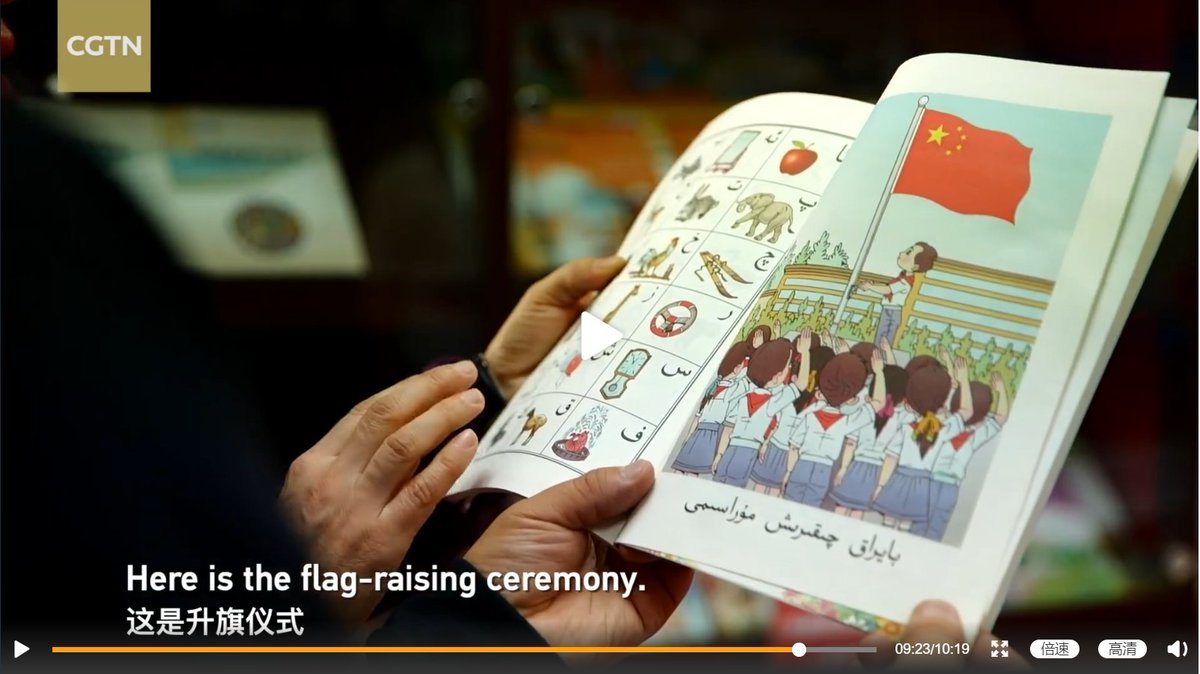 yes. the rest of the video is these former officials and former publishers, who have been sentenced to death or life imprisonment, "confessing" their "crimes".
https://t.co/11pw58qEEy