THREAD on the viral pneumonia outbreak in Wuhan that bears striking similarities to SARS, and as such has the Chinese public on the verge of panic despite there being just 27 confirmed infections. 1/

According to a police notice Wednesday, authorities in the central Chinese city have taken 8 people into custody on suspicion of “spreading rumors.” 2/ https://t.co/05akR81yMP

The notice says the suspects will be “handled according to the law” and reminds the public that “the internet is not outside the law.” 3/

In China, spreading rumors about disasters, emergencies, or disease outbreaks is punishable by up to 3 years in prison for routine cases or up to 7 years for serious cases. 4/

While the timeline of the infections remains unclear, the Wuhan Municipal Health Commission issued a statement Tuesday saying a preliminary investigation had determined the illness to be pneumonia caused by an unknown virus. 5/ https://t.co/IAb3IKvKx7 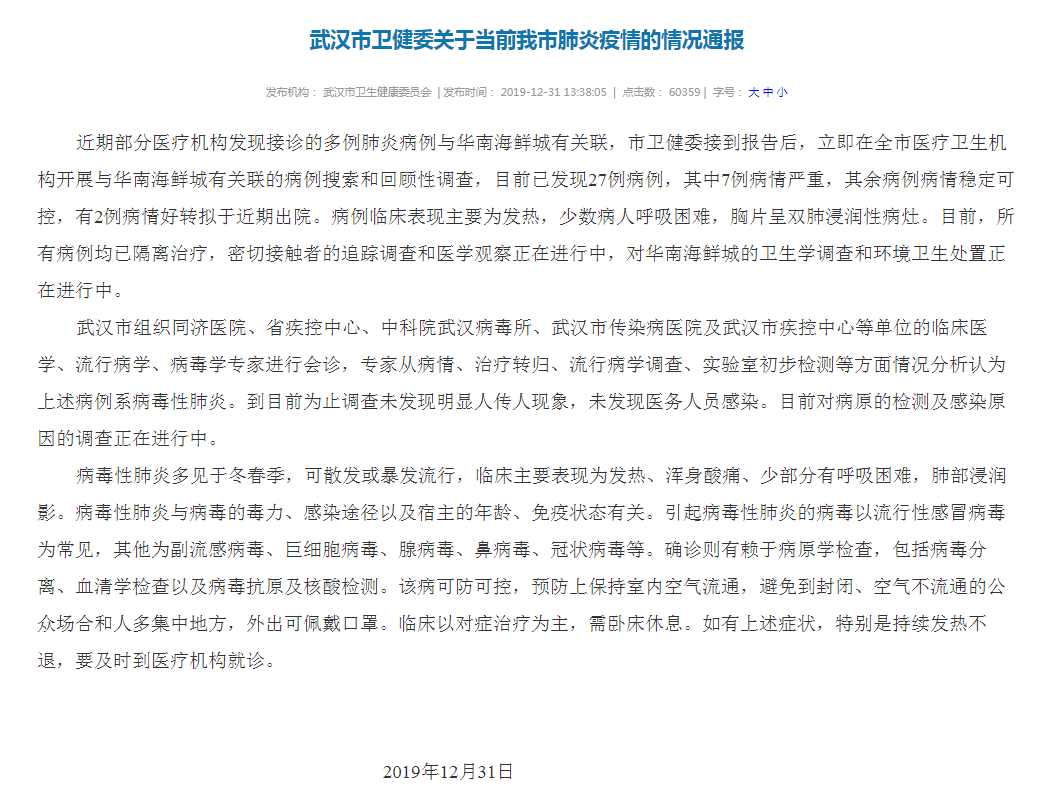 The main symptom exhibited by those affected was fever, followed by difficulty breathing. The health authorities’ statement said that of the 27 patients, 7 were in critical condition, 2 were nearly ready to be discharged, and the rest were stable but still receiving treatment. 6/

When @SixthTone called the Wuhan Municipal Health Commission on Thursday, a staff member said she did not know when the first infections were reported. Staff at the provincial and municipal disease control centers said it was “inconvenient” to comment. 7/

@SixthTone “People spread rumors precisely because the authorities didn’t respond in a timely manner — so how can we be blamed?” wrote one user. “Don’t I have the right to know the truth, be afraid, and try to save myself?” 9/ https://t.co/aPkScHaXhs

@SixthTone Others claimed they had received timelier information on the outbreak from China Central Television — the national broadcaster — than the local government, saying without CCTV’s coverage, “who knows when you (Wuhan authorities) would have reported it?” 10/ https://t.co/hWf3pde2Yv

@SixthTone The strong reactions in China to the mysterious infection may be because memories of another respiratory pneumonia are still raw: In 2002 and 2003, the SARS virus infected thousands of people in Hong Kong, Taiwan, and the Chinese mainland, killing hundreds. 11/

At the time, some in the Chinese medical community accused the government of covering up both the number of infections and the severity of the disease. 12/ https://t.co/rLcjim5Eeu

On Thursday, a Hong Kong woman was hospitalized and quarantined in the city after returning from Wuhan with an upper respiratory infection. She is reportedly in stable condition. 13/ https://t.co/V52cDSBqwk

According to the World Health Organization, nearly 300 people in Hong Kong died during the 2002-2003 SARS epidemic. 14/ https://t.co/RiWxH6CsgO https://t.co/ayfzjFSyoA 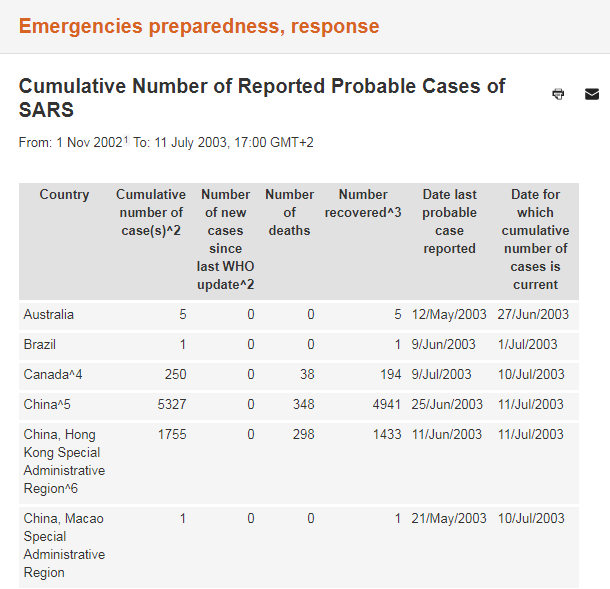 Chinese authorities have been quick to quell disease-related rumors in recent years. In March, police in Hainan detained a man for 10 days after he allegedly spread rumors on WeChat about an H7N9 bird flu epidemic in Haikou, the provincial capital. 15/ https://t.co/KoYQqP9lzf

In April 2018, a Henan man received the same punishment after claiming online that 10,000 people had contracted the same virus from eating contaminated watermelons. (He had apparently started the rumor to drive down the fruit’s price.) 16/ https://t.co/cPEC7YyC6u

Despite the Wuhan authorities’ assurances that there has been no evidence of human-to-human transmission among the recent cases, many on Chinese social media have expressed fears of another SARS outbreak. 17/

As of Thursday evening, a Weibo hashtag translating to “Wuhan found unidentified pneumonia” had been viewed over 830 million times. 18/ https://t.co/FtzutqI4FU https://t.co/gKsAUS2vf0

Wuhan authorities have not elaborated on the rumors that led to the arrests. The seafood market where the infections are believed to have occurred — the exact source is still being investigated — was closed Wednesday. 19/ https://t.co/Uke1rTwy5i

The fact that this is a tweet thread rather than a published article should give you some idea of how worried Chinese authorities are, despite the relatively small number of infections. Also key that the virus has not yet been identified. Will post any updates/links below. 20/end

Wuhan health authorities confirm a dramatic increase in the number of viral pneumonia cases to 44 patients, 11 of whom are in “serious condition.”

Cause of the illness "still unknown," which smells super fishy at this point. https://t.co/pmj4xHuVdh