There's two reasons that Facebook is such a cesspit of disinformation, unproductive flamewars and trolling:

First, it's too fucking big. That is, not only is Zuck monumentally unqualified to control the social lives of 2.6b people - NO ONE IS. 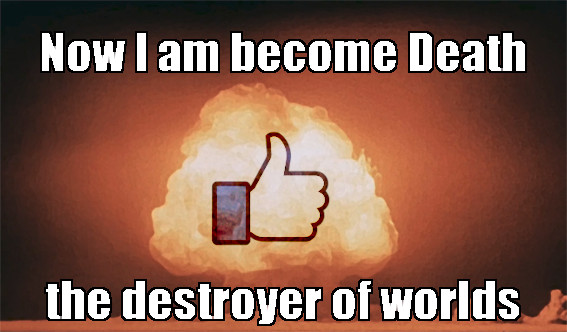 Second, they don't really want to shut down the bad stuff. Paid disinformation is revenue, after all. That's why FB (which insists it should gobble up its competitors because scale is "efficient") outsources the bulk of its "user safety" function.

Those outsource subcontractors don't work for Facebook because they believe in its mission - they take the jobs because they don't have any leverage, which is why they're paid low wages and denied the benefits that FB lavishes on its in-house tech employees.

But high wages and free kombucha in the campus mini-kitchen only go so far. Those high-paid workers are running up against the limits of their ability to rationalize their role in one of the world's most toxic enterprises.

The ones that joined to fix Facebook from the inside have overwhelming evidence that Facebook doesn't actually want to fix its problems, particularly disinformation.

Reality has a leftist bias, so any crackdown on disinformation will disproportionately affect conservatives.

When that happens, Ted Cruz gets angry at Zuck and drags him into the Senate. Plus, Zuck really enjoys the company of far right assholes, and his version of "listening to both sides" boils down to "I meet with Stormfront AND the RNC."

There's a tradition for departing Facebookers: a "badge post" - a farewell note to the company summarizing the lessons they've learned in their tenure. These days, badge posts are apt to be full-throated denunciations of the company:

These employees want their colleagues to know that Facebook's toxic stew isn't just down to the enormity of its task: there are plenty of instances in which Facebook CAN stop harmful (even lethal) disinfo, and chooses not to.

The company has disbanded its civic integrity team (mission: "protect the democratic process...stopthe spread of viral misinformation and fake accounts") after spiking the team's plan to block provable disinformation posted by Trump's account.

The company failed to act on its team's warnings about armed right-wing militias that were planning murder-sprees, including the plans that led to the murders of protesters in Kenosha, WI.

It ignores the data generated by its own researchers that attribute the bulk of disinformation to powerful, politically connected far-right outlets and figures like Breitbart, Fox, the Daily Caller, Ben Shapiro and Donald Trump.

That blind eye doesn't just mean that these accounts' disinformation spreads - it also generates income for them by helping them solicit donations and payments.

Facebook's internal research consistently shows that fighting disinformation would have the largest impact on right-wing causes, and the departing scientists and techies say that the fear of political retaliation prevents FB from acting on its own data.

The departing employees' badge posts say that working for Facebook is "embarrassing" and call the company's vision "a dystopia." They dismiss claims that automation will solve FB's problems as self-serving delusions.

One described FB as "a net negative effect on the quality of political discourse."

All of this reminds me of Robert Oppenheimer, the brilliant physicist and manager who led the Manhattan Project and created the first atom bomb, an act he regretted instantly and forever.

Oppenheimer turned away from that first test blast and quoted the Bhagavad Gita: "Now I am become Death, the destroyer of worlds." He spent the rest of his career trying to end nuclear proliferation.

Imagine if Oppenheimer had yielded to his moral sensibilities BEFORE he helped usher in the atomic age.

Moral reckonings are definitely in season in 2020. People are taking stock of the trade-offs they made to get by - or get rich - and wondering if they were worth it.

Our ability to rationalize our way into terrible situations - and the difficulty we face in reasoning our way out of them - is the theme of my novel ATTACK SURFACE, the third Little Brother novel, which just came out.

It's an urgent question: what does it take to get people to confront their rationalizations...and what do we expect them to do then?