Here's something weird: in the wake of Roe v Wade in the 1970s, the Southern Baptist Convention repeatedly passed resolutions affirming the right to abortion and rejecting government interference in the decision to bear a child to term: 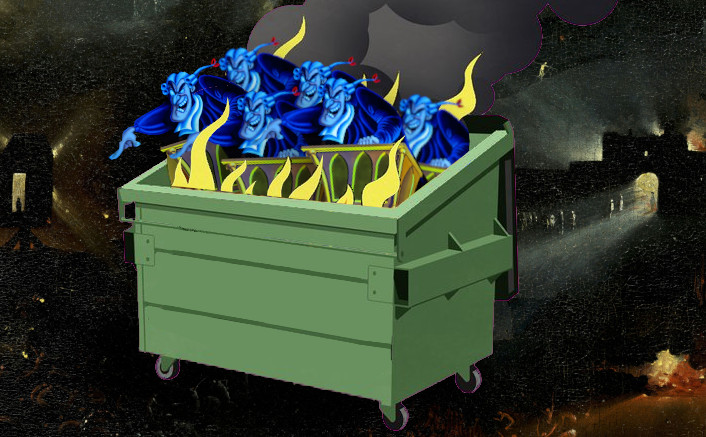 If you'd like an essay-formatted version of this thread to read or share, here's a link to it on http://pluralistic.net, my surveillance-free, ad-free, tracker-free blog:

The weirdest thing about this is that today, white evangelicals will vote for *anyone* who promise to end abortion - even a philandering, foul-mouthed, unprincipled habitual liar and likely atheist. 4/

They are single-issue voters - whose single issue is something that, in living memory, they actually opposed.

They'll vote for politicians like Scott Dejarlais, the GOP congressghoul from Tennessee who was re-elected three times. 5/

Dejarlais, an MD, impregnated one of his patients, then coerced her into getting an abortion. He also coerced his ex-wife into getting two abortions. But he reliably voted to ban abortion:

Dejarlais "received a 100% score by the National Right to Life Committee."

If you've seen the polling on abortion, you know that these single-issue voters are in a tiny and generally unimportant minority. Americans overwhelmingly support the right to get an abortion. 7/

And yet, here we are. Obviously, America is a nation founded on antimajoritarian principles, whose Constitution is designed to let rural, southern gentry steer the nation, but is it really *that* antimajoritarian? 8/

Not really. The GOP is a coalition of single-issue voters, and substantial numbers of the GOP base are actually pretty cool with abortion - they're pursuing *other* single issues, and they're willing to give up abortion in exchange for progress on their pet issues. 9/

Another critical bloc in the GOP coalition is people with low-tax brain-worms, including many self-described "libertarians," who will vote for authoritarian state intrusion into the most private realm of (other) people's lives.... 10/

...Provided that they save at least 25 cents on their tax bill as a result:

These two blocs, along with racists, homophobes and transphobes, provide the bulk for the master strategists of the GOP, people who aren't merely elitists, but actual *elites*. 12/

By definition, elite politics can't win majorities on its own, because elites are always in the minority - that's what "elite" means.

An oft-repeated truism about abortion laws is they don't affect wealthy people who can afford to miss work and travel. Some argue with this, pointing out that being merely wealthy won't save you if you need an emergency D&C after a miscarriage, say.

These are people whose wealth allows them to bend reality - to charter private jets, or to have private doctors fly to them on private jets. People who have their names on hospital wings. 17/

The defining characteristic of these people is *impunity*, the power to do as they like without consequence, to bypass the rules, laws and challenges of the rest of us. 18/

These are the people building luxury bunkers in New Zealand and whose only concern about civilizational collapse is the logistics of coercing their private goons in the Great After:

Dobbs, the case that overturned Roe v Wade, was decided by an illegitimate court whose appointees were nominated and confirmed by politicians who lost the popular election. 20/

The illegitimate Supremes are the apex of a vast cohort of federal judges who were likewise appointed by politicians who lost the popular vote:

These judges have emitted a steady stream of unhinged and cruel decisions on culture-war issues, and these have real, human consequences. 22/

But it's a mistake to assume that the reason that billionaires put so much energy into getting these judges appointed was to strike down New York's concealed carry law. 23/

That was - again - a means to an end, a way to get turkeys to vote for Christmas (there are a lot of musket-fucking single-issue ammosexual voters who will vote for anyone who makes it easier to get guns). 24/

The reasons so much money was poured into the elections that resulted in these judges' lifetime appointments to the federal bench were economic, not cultural. 25/

These are judges who will reliably rule in corporations' favor, whether they have maimed their workers, poisoned our planet, price-gouged the public, or killed us with unsafe products. They will wave through mergers that the FTC or DOJ have blocked. 26/

They will make extremely rich people *much* richer.

These judges will put Black and poor people in jail, sure - and that will make the Christmas-voting turkeys happy. But just as importantly, they'll let millionaires escape consequences, no matter how heinous their crimes. 27/

Whether it's getting drunk and mowing down four people:

Or raping a teenager:

The cruelty isn't the point, power is: the power to use other people in cruel ways, to be sure, but also the power to float above other people's pain, sorrow and concern. The rich dream of a world where "personal responsibility" is code for "total lack of empathy." 29/

Subverting the legislature and the judiciary is an iterative process: first you buy some politicians who pass favorable laws and appoint favorable judges; then those judges rule in your favor when those laws are called into question. 30/

That makes you richer, which lets you buy more politicians, who pass more laws and appoint more judges. 31/

As Bill Clinton - who used his strong majority in both chambers of Congress to get NAFTA passed, smashing unions, but not to turn the right to an abortion into a federal law - liked to remind us: "It's the economy, stupid." 32/

The stupid economy just keeps getting stupider. The rich have gotten *so much richer* and each surging transfer of wealth from our teeming millions to their board-room handful has been attended by more political power for America's oligarchs. 33/

This freed them up to make unlimited, secret campaign contributions to politicians who would make them richer and thus able to buy more politicians. 35/

Citizens United was key to the election of the politicians who gave us the illegitimate Supreme Court who, in turn, gave us the Dobbs decision. 36/

Despite the prominence of Dobbs in our national discourse (and its importance to pregnant people and the children they are forced to bear), there's plenty that SCOTUS is doing that is equally terrifying. 37/

The Supreme Court of Oligarchs is primarily concerned with elite impunity and power, not cruelty - the cruelty is merely the means, power is the end.

One extremely relatable way of understanding elite impunity is the tax evasion of the ultra-rich. 38/

A year ago, @Propublica began reporting on #TheIRSFiles, leaks detailing the tax strategies of the 0.1%.

The oligarchs whose finances were thus exposed are all heavy political spenders. 39/

Unsurprisingly, they lobbied hard for the Trump #TaxScam, and received highly specific tax loopholes that applied single, very rich donors. Bechtel spent $1m getting one such loophole, and netted $111m in return - a shrewd investment indeed:

The most revolting GOP politicians - the ones who are forever in the news for their authoritarianism and bigotry - have been *showered* with money by billionaires, including self-styled "progressives." 41/

These billionaires are the true single-issue voters, because their single issue is *themselves*:

Many of these high-rolling donors got rich by being born rich, and boy do they hate inheritance tax. 42/

They argue that the ability to steer our whole society - to steer our ecosystem off a planetary cliff - should be allocated on the basis of whether you emerged from a very lucky orifice:

The tax-evasion tactics that Propublica documented over the past year are eye-glazingly complex, and if you *do* manage to figure out how they work, you realize that they are idiots' fictions. That's true for Peter Theil's $5 billion tax-free ROTH:

And for the Real Estate Investment trusts that have "hollowed out" hotels and smashed their unions:

For the sports teams whose billionaire owners pay no tax on a torrent of money, even as their players cough up their share:

Or whose hobbies - playing with the horsey set, say, or "ranches" - can yield hundreds of millions of dollars' worth of tax avoidance.

There are ten major tactics that US oligarchs use to escape the taxes everyone else has to pay, allowing them to retain cash they can use to buy more impunity, provided they keep up the culture-war side-hustles that get useful idiots out to the polls.

I. The Ultra Wealth Effect (borrowing against vast asset wealth)

V. Build, Drill and Save: The Real Estate and Oil Businesses Can Both Be Tax Havens

VI. Even a Billionaire’s Hobbies Can Pay Off at Tax Time 49/

VII. Think Your Taxes are Too High? Change the Tax Laws

IX: Brother, Can You Spare a Stimulus Check?

X. Trust This: How Wealthy Families Pass Billions to Heirs While Avoiding Taxes

It's sometimes said that GOP politicians fear their base, but it's truer to say that their fear their *bases*. 51/

They understand that the culture-war cruelty is the key to keeping the billionaire money-taps flowing, and vice versa. Politicians who lose elections also lose their dark money.

Dem politicians, on the other hand, are *not* afraid of their base. 52/

They understand that having an openly anti-democratic, racist, homophobic, misogynist christofascist opposition means that they can rely on voters turning out for them no matter what:

It's why they'll go with their donors to back anti-abortion politicians in primary races, even as they're publicly vowing to protect abortion rights:

Lots of oligarchs are bigots of one stripe or another, but even when they aren't, they are still pro-bigotry, because bigotry is how they secure power. 56/