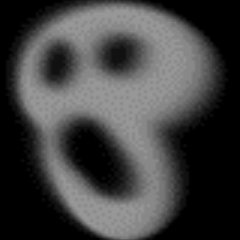 So here's my hypothesis on the whole Musk twitter deal. 1/

Dude LOVES Twitter. As a narcissist, he can't get enough of the adulation of the right-wing mouth-breathers. But Twitter keeps banning the people he loves, so he becomes convinced that Twitter is a liberal SJW organization. 2/

He decides to teach them a lesson, and make an offer to buy the company. Absolutely convinced that it is a left-wing political site, he's sure they'll refuse his offer, even a ridiculously good offer. Then he can say "aha! they're so woke!" and his fans will cheer. 3/

But Twitter is actually governed by businesspeople who see his offer as absurdly high, and they jump at it. Musk freaks out, tries to get out of the deal, but he's already locked in solidly. 4/

Now his Dunning-Kruger kicks in to protect him from his panic, and he says, "heck, it's not that hard to run this site; I'll turn it around right quick!" He's not completely stupid, so he cons investors into going in with him. 5/

Dude has fundamentally never understood how Twitter works, and what it takes to make Twitter work. To him, it's a company filled with a bunch of lefties who just sit around censoring everyone. He can dump that dead weight and everything will run fine. 6/

He goes into it with the same bluster that he used to boost his car and space companies: act like the genius "disruptor" that can fix anything. But those companies are not ad-based, and advertisers immediately become spooked by his approach. 7/

He is utterly baffled; don't they see how he's going to make Twitter better than ever before? He fundamentally doesn't understand how much effort Twitter put into protecting brands. He's high on his own supply of "free speech," which he also doesn't understand. 8/

He clearly thinks that the value of twitter is entirely in the number of users. That is important, but the *quality* of users matters, too, which he doesn't get. He starts his ill-advised (stupid) change to the blue check system. 9/

With the blue checks, again he's high on his own supply. He see the check as a status symbol (which it is), but thinks that he can sell that status, which he can't. People are verified because users need to be able to separate real people from scams. 10/

Elon also thinks that everyone is just as addicted to Twitter as he is. He's a narcissist; he NEEDS Twitter just like Trump needed it. But relatively few people are that addicted to the site, and the real blue checks know that they *bring* value to the site. 11/

So more advisors leave. Elon is desperate to turn things around quickly, so he just throws shit at the wall to see what sticks. Nothing does, because he has no concept of how actual human beings experience reality. 12/

I think he's in a panic state, because he *knows* that his mystique is evaporating quickly. He's the golden boy who had "made 3 companies worth a billion dollars." He can't afford, mentally, to be seen as the guy holding the company losing a billion a year. 13/

He probably can't financially, either, which has got to be intense pressure on his psyche. He keeps trying to turn things around by doing things exactly like he does at Tesla and SpaceX: he's got a hammer, Twitter is the nail. 14/

But Twitter's corporate culture is very different from those other companies, so most people aren't interested in his appeals to going "hardcore." And his immediate layoffs trigger company-wide resentment, which means almost everyone is ready to bail. 15/

He assumes that he can make things so shitty for workers that only the best, "hardcore" workers will remain. But pretty much the opposite is true: the best workers can jump somewhere else instantly. So his plan backfires 100%.

Now, he's left with a company with no advertisers, massive debt, and a toxic work environment that will struggle to find new employees. Institutional knowledge has walked out the door. 17/

Overall? I think he is a victim of being a legend in his own mind. He felt he understood twitter well enough that they would never sell. They did. Then he thought he understood it well enough to slash it in half to improve efficiency. He didn't. 18/

To summarize: he thought that Twitter was run by a bunch of left-wingers, who were therefore inferior to him. He was wrong on both counts, and now he's stuck with a company that may not function at all within days. END/

This was a bit of a ramble, but just putting together my impressions of watching him work. PS his tough guy snarky comments? That, to me, is another facade. The sort of thing that someone does to hide the fact that they're panicking and don't know what to do.

PPS this was my thought as well. Saudi and other investors may have recognized that Twitter was a bad deal, but by investing they're hoping to leverage control of his other companies. https://twitter.com/ilovaussiesheps/status/1593471660111368193?s=20&t=TR54RMkKSCLbm6xFlkrFkw