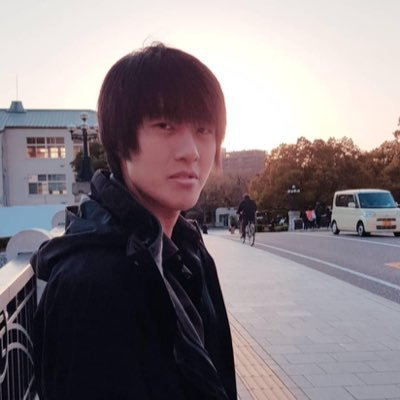 Singapore #GE2020 history feature: How did Aljunied GRC come about? Why is it nowhere near Aljunied? Why does it have a ward called Bedok Reservoir-Punggol? What does this say about electoral boundaries in Singapore? A short history of the GRC's evolution, in a thread: https://t.co/lRop30PQN6

The political ward of Aljunied (a single seat, all wards were single-seat then) came about in 1959, when a General Election was held for all 51 seats in the Legislative Assembly. This was a key election - with this, Britain was to grant Singapore full internal self-government. https://t.co/vMf6Y59inH

Aljunied's creation in 1959 made sense because Aljunied-Upper Aljunied Road ran through it. The ward occupied an area which is mostly Potong Pasir SMC and MacPherson SMC today. It covered the farming communities and villages of the Potong Pasir, Aljunied, and MacPherson areas. https://t.co/Cvtwcylwll

For 1959, please take note of two other wards near Aljunied: 1) Paya Lebar. Its sharp boundaries to the east were because of the runway of Singapore Airport (right, now Paya Lebar Air Base). 2) Kampong Kembangan (I'll explain why later). https://t.co/kuyW7eXRni

Fast forward two elections to 1968. Aljunied was carved up into Potong Pasir, Aljunied, and part of MacPherson. Aljunied-Upper Aljunied Road was now Aljunied ward's western boundary. As for Potong Pasir, it would go to the Opposition - SDP's Chiam See Tong - in 1984. https://t.co/oWFktfZO8Z

Meanwhile, to the east, the ward of Kampong Ubi was created out of Geylang Serai and Joo Chiat. The ward of Kampong Kembangan was reduced in size, although it still made up a good portion of the Malay Settlement off Jalan Eunos. https://t.co/ewHesnXzQg

The 1988 election saw the implementation of the Group Representation Constituency (GRC) system. Official reason: To "ensure that Singapore's Parliament would always be multiracial in composition and representation". https://t.co/lT6KPfmdzs https://t.co/3Rn1U3YabC

However, there are numerous criticisms of the GRC system, such as making it harder for Opposition candidates to be elected, diluting voting power, and allowing less popular MPs (almost always from the incumbent) to be "protected" or "parachuted" into office. https://t.co/j3nMnp7k5s

As a result of the GRC system, 13 GRCs were created in 1988. One of them was Aljunied GRC (in blue), created from the wards of Aljunied, Kampong Ubi, and Kampong Kembangan. It also took in parts of Braddell Heights, Geylang Serai, and Paya Lebar wards. https://t.co/Ddg0AnQqVG

The result was a three-member Aljunied GRC which spread from Upper Serangoon Road to East Coast Road, with an electorate of 65,351. Even though Kampong Ubi was the ward located in the geographical centre, the name adopted for the GRC was Aljunied. https://t.co/Jra2UxLglj

In 1988, the Singapore Democratic Party contested the incumbent PAP in Aljunied GRC, but the latter won with a team of Chin Harn Tong, Wan Hussin bin Zoohri, and newcomer George Yeo, securing 56.3% of the vote. Yeo eventually became the MP for Kampong Kembangan. https://t.co/pbo49XSPZY

In the 1991 election, Aljunied GRC absorbed Paya Lebar ward to become a four-member GRC, increasing its electorate to 94,490. Now, because of Paya Lebar, the GRC reached as far north as Tampines Road and Lorong Halus (left). For this election, the GRC was uncontested. https://t.co/skQl5Wfeqt

As for the ward of Aljunied, it was redrawn. To the northwest, it absorbed part of Serangoon Gardens ward (Thomson GRC). To the west, a strip of land was handed over to Geylang Serai ward (Marine Parade GRC).

So, for the 1997 election, a geographical oddity was created, because Aljunied-Upper Aljunied Road was no longer in Aljunied ward or Aljunied GRC - it was now between Potong Pasir SMC and Marine Parade GRC! https://t.co/jwVi9EveP1

For the 1997 election, Aljunied GRC comprised the wards of Aljunied, Kampong Kembangan, Paya Lebar, Eunos, and Changi-Simei, with an electorate of 103,466. The SDP challenged the PAP again, but lost; George Yeo's team increased its vote share to 67%. https://t.co/jegw7wxD54

This is a good time to bring in the Electoral Boundaries Review Committee (EBRC). The panel is appointed by the Prime Minister. It is responsible for the drawing of polling districts, i.e. its work directly affects the evolution of electoral maps. https://t.co/ho2Mg17xyW https://t.co/WYkvjm34fn

The Opposition has argued that the EBRC redraws political boundaries without clear explanation, e.g. constituencies absorbed into GRCs after close electoral fights. One word has been tossed around: Gerrymandering. https://t.co/tnhiILICT5 https://t.co/89scXeiCxr https://t.co/eV9DbPGhkT

Back to Aljunied GRC. The 2001 election saw big changes for the GRC. Back in 1997, there was a big battle between the PAP and the Workers' Party in Cheng San GRC, which the latter narrowly lost, grabbing 45.2% of the vote. In 2001, surprise! Cheng San GRC was dissolved. https://t.co/xhLYPUxcbM

For the 2001 election, Aljunied GRC took in part of Cheng San GRC's Punggol South ward, which was renamed the odd-sounding Aljunied-Hougang. The place name "Aljunied" was attached to "Hougang" only because an area in Hougang town was shoehorned into a new GRC.

But there's more. The ward of Kampong Kembangan was divided into Aljunied-Kembangan and Kembangan-Punggol. Again, "Aljunied" was attached to "Kembangan" only because an area in Kembangan belonged to Aljunied GRC.

Finally, the ward of Changi-Simei was handed to East Coast GRC. The redrawn Aljunied GRC for the 2001 election now comprised Aljunied-Kembangan, Kembangan-Punggol, Paya Lebar, Eunos, and Aljunied-Hougang, with an electorate of 125,115. https://t.co/ZrcUCoebZG

For the 2001 election, Aljunied GRC enjoyed another walkover, and Minister for Trade and Industry George Yeo took charge of Kembangan-Punggol. Aljunied GRC had no Aljunied ward, but the place name "Aljunied" was attached to two wards. https://t.co/y2AKqAWjeC

More changes in store for Aljunied GRC in 2006! First, it swapped wards with Marine Parade GRC, taking in Serangoon, and giving away Aljunied-Kembangan, which was reorganised and renamed Kampong Ubi-Kembangan. Meanwhile, Kembangan-Punggol was renamed Bedok Reservoir-Punggol.

In the 2006 election, the Workers' Party challenged the PAP in Aljunied GRC (electorate size - 145,141) for the first time. George Yeo's team prevailed over Sylvia Lim's team, winning 56.1% of the vote. https://t.co/RjzBMY8uBP

Since 2011, under Opposition rule, Aljunied GRC has hardly seen any significant boundary changes. It still has the five wards of Bedok Reservoir-Punggol, Paya Lebar, Eunos, Serangoon, and Kaki Bukit. https://t.co/uDl6fJkLjj

This history explains why today, Aljunied GRC spreads from Serangoon Gardens to Tampines Avenue 10, from Punggol Park to Bedok Town Park, but is nowhere near Aljunied Road or Aljunied MRT Station. It doesn't even have a ward called Aljunied. https://t.co/p67Dx2V5lu