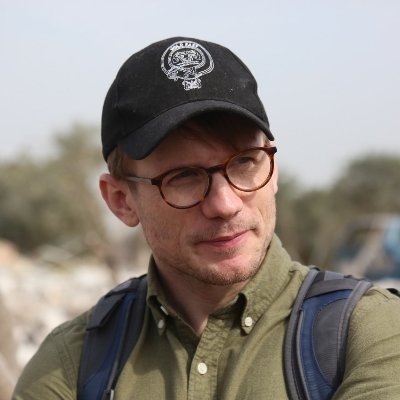 Intercepted phone calls made by Russian soldiers during the first days of the Ukraine invasion, obtained by @nytimes, provide damning accounts of battlefield failures, contempt for leadership and the execution of civilians. Our new investigation: https://t.co/B6s4rA6BAA https://t.co/tNUwx47o7S

In candid calls to friends and family back home, Russian soldiers fighting in and around Bucha in March say they are losing and that President Vladimir V. Putin is “a fool.”

"They wanted to fucking do it in one fell swoop here, and it didn’t fucking work like that," one says. https://t.co/kJr3TcG7rK

In more than 4,000 calls, made by dozens of men in airborne and National Guard units, Russian soldiers say they were “fooled like little kids” by commanders who told them they were going on a training mission, and that they are now suffering heavy losses. https://t.co/JrGfOt7zWF

The calls cover nearly every day in March during a pivotal moment in the battle for Kyiv. Our team authenticated them by cross-referencing numbers with messaging apps, social media accounts and leaked Russian databases. Some soldiers said their names or their unit number.

In what may be evidence of war crimes, one soldier says his captain ordered the execution of three men who were “walking past our storehouse” because they could “give away our position.” He tells his girlfriend: "We would have had to feed them, and we don’t have enough food." https://t.co/JDpyp2STSF

The soldier tells his mother he's seen a "sea of corpses in civilian clothing" in a forest near his division headquarters. "I’ve never seen so many corpses in my fucking life. It’s just completely fucked."

Another describes civilian bodies left scattered across the roads. https://t.co/c8Pmp6A4YE

The soldiers say they’ve been halted around Bucha, including by a blown-up bridge — likely referencing the bridge over the Irpin River destroyed by Ukrainian forces. The paratrooper units at the front of their advance have been devastated, they say. https://t.co/R3ssPOdAhO

Just two weeks into the invasion, on a phone shared by members of the 331st Airborne Regiment, a soldier estimates a third of his regiment is gone. Another describes rows of coffins containing the bodies of 400 paratroopers waiting to be returned home from an airport hangar. https://t.co/LMCyFkfHYj

Back home in Russia, mounting deaths are reverberating in military towns. Relatives describe rows of corpses and coffins arriving in their cities. Some families say they have begun to see psychologists. A woman says wives are "going crazy" and "even writing to Putin." https://t.co/BWKmGscQSp

Fear and fatigue set in as soldiers describe a military in disarray. “One guy is fucking crying, and another one is fucking suicidal,” a soldier says. They complain of frostbite and say they’ve eaten all their rations and have resorted to looting and slaughtering farm animals.

The soldiers hold commanders in contempt, saying they steal from care packages, think only of medals, and lead soldiers into death. “I’m constantly fucking thinking about how lucky I am that I manage to fucking survive here. Because of some fucking moron’s orders,” one says. https://t.co/VMJRBQYkgy

Many say they want to quit or desert, promising never to put their kids in the military. But they say their commanders have threatened them with prison time if they end their contracts — a scare tactic that had no legal grounds at the time, a Russian human rights lawyer told us. https://t.co/G5LTUTpsed

Others fear losing their military salary. Soldiers say they are earning $53 per day in combat pay, which is triple the average salary in a place like Pskov, the hometown of many paratroopers. One wife says: “I don't need your fucking money. I just need my husband back.” https://t.co/DauQKrhezN

Amazed by the relative luxury of Ukraine, the soldiers loot freely, often encouraged by their commanders. One takes flat screen TVs, another finds 5.2 million rubles in a safe. When his partner tells him to put it back, he says: “I’m not an idiot." https://t.co/ioBp5bx1tI

They promise to bring “trophies” back home to their families, who are variously pleased and dismayed by the looting. Nothing was too big or too small for the taking, including extension cords, Christmas lights, blenders, construction tools, fishing gear and even a toothbrush.

The calls reveal a stark contrast between the soldiers’ horrifying reality and the rosy picture back home on Russian media. One soldier calls asking for news about the war. “Victory here, victory there. That’s all we see,” his father says. https://t.co/g9XCnIyuJf

Few of the Russian soldiers can be heard supporting the war. Most scoff when their friends or relatives tell them how well they think it's going, or how much they support the military. Sergey confronts his mother: “This war is based on a false pretense. No one needed it." https://t.co/pyEemFHMbC

On the afternoon of March 30, nearly five weeks into the invasion, soldiers sharing the same cellphone make seven back-to-back calls in 15 minutes. Each of the fighters shares one last piece of news: they've left Ukraine. https://t.co/0o0floMtKL

Russian authorities recast the failed campaign as a feint, and soon many of the same soldiers will be sent to fight and die in the east.

On April 1, Ukrainian forces enter the liberated territories of the Kyiv region.