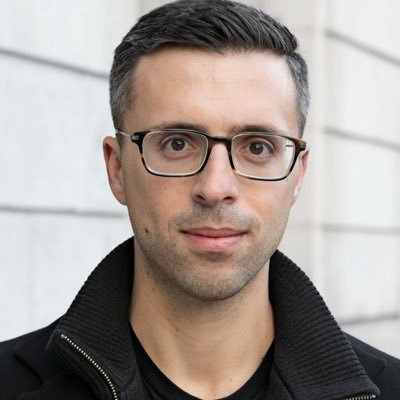 -Almost 70% of American seniors are white and Christian.

-Only 29% of young adults are white and Christian.

-In 2018, Americans who claim no religion passed Catholics and Evangelicals as the largest group on the General Social Survey.

This is a *very* big shift in American culture, power, and values, and it animates more of our politics than people realize.

For all the political power the Christian right holds, they feel they're losing the culture war, and losing the future.

Here's Attorney General Bill Barr: There has never been anything like "the force, fervor, and comprehensiveness of the assault on religion we are experiencing today. This is not decay; it is organized destruction."

.@roddreher told me, “Religious conservatives, social conservatives, have lost the cultural war. The other side is just bouncing the rubble and it seems that they will not be satisfied until they grind my side into the dirt.”

This can read strange to liberals, but it emerges out of those demographic trends. And many Christian conservatives have convinced themselves that it's happening to them because they can't match the left in ruthlessness.

Or AG Barr: "Conservatives tend to have more scruple over their political tactics and rarely feel that the ends justify the means. And this is as it should be, but there is no getting around the fact that this puts conservatives at a disadvantage when facing progressive holy war"

Obviously at this point the words "Merrick Garland" will ring loudly in your head. And I agree. I'm not endorsing this view.

But this subjective experience is behind a lot of support for Trump:

Whatever his moral failings, he’s a street fighter suited for an era of political combat. He is the enemy they believe the secular left deserves, maybe the only hope Christian conservatives have.

I've always thought this is one of the era's most telling statements. https://t.co/soJN99VDtw

The irony is that if you look at why young people are leaving Christianity, a lot of is the Christian Right's politics, and Trump will only make this problem worse.

An evangelical polling firm asked 16- to 29-year-olds for their top 3 associations with present-day Christianity. “Antigay” was first, with 91%, followed by “judgmental,” 87%, and “hypocritical,” with 85%.

Trump polls at 31% among millennials and 29% among Generation Z. Tying Christian conservatism to Trump is not likely to help with the core problems here.

But that's another question.

The big point I want to make is this: Much of the right's embrace of Trump emerges out of the desperation driven by truly epochal demographic-religious change, and the way people are rationalizing/reacting to it: https://t.co/p3NXEje7bP