I recently had the opportunity to visit an Arctic research station. One day we traveled four hours by speedboat to a stretch of exposed permafrost. The ongoing thaw had created a bizarre landscape: spongy terraces, hillocks of soil, disintegrating cliffs & scalloped walls of ice https://t.co/zsezWheIr6 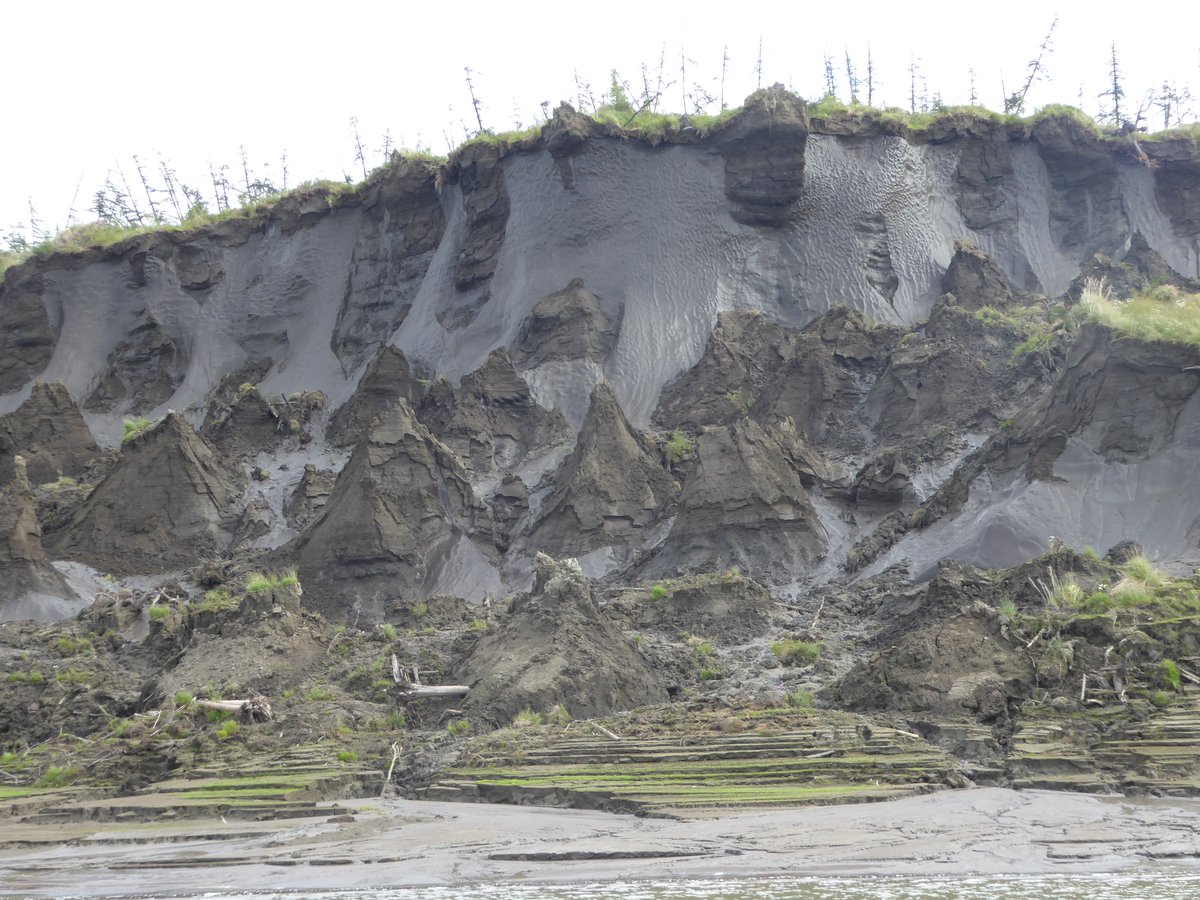 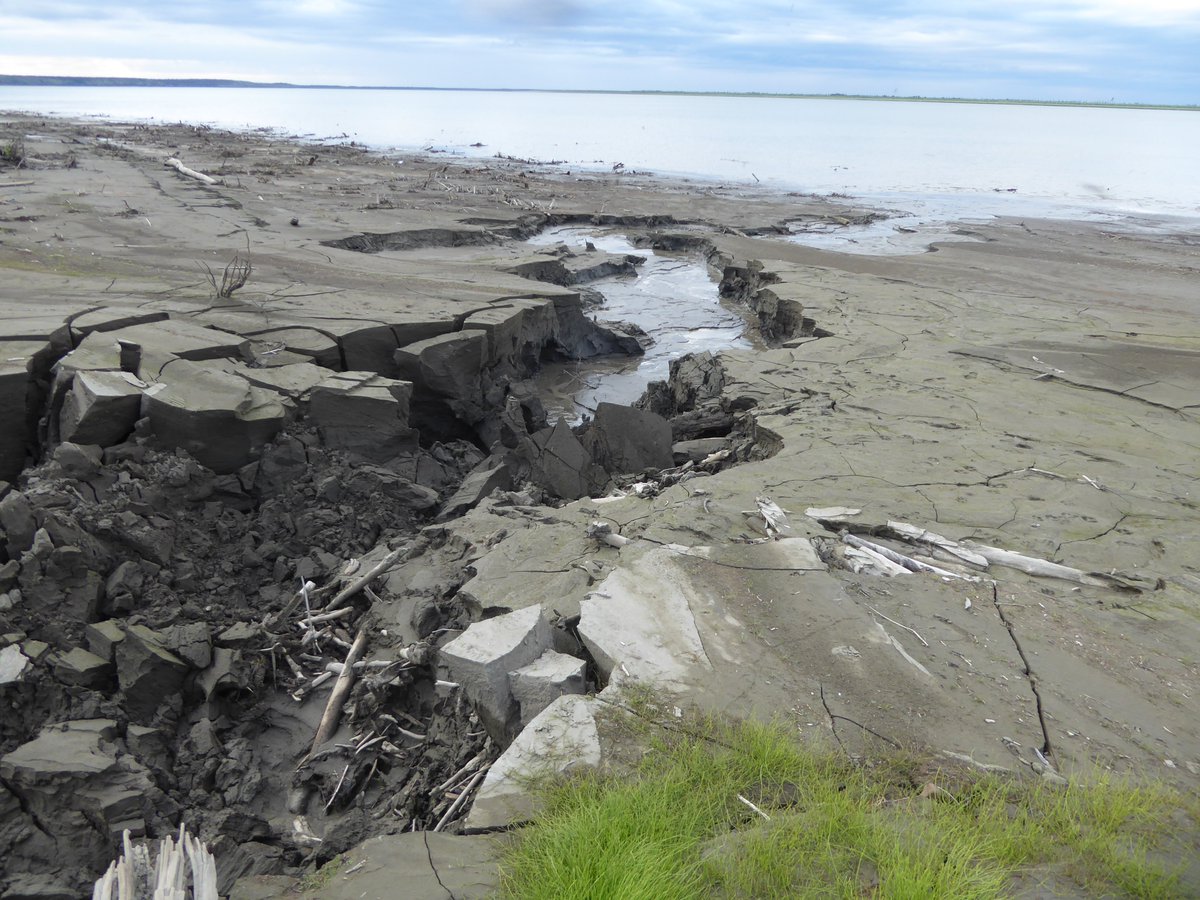 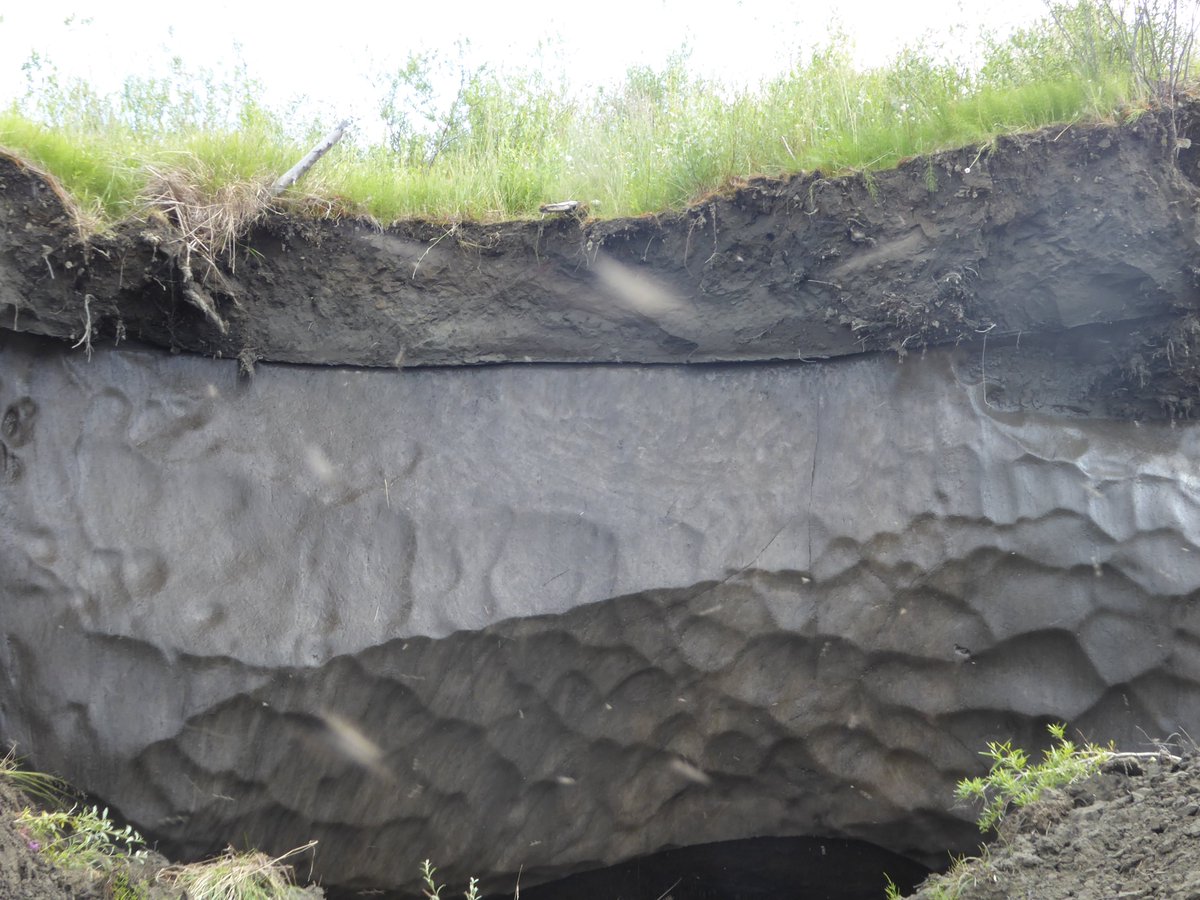 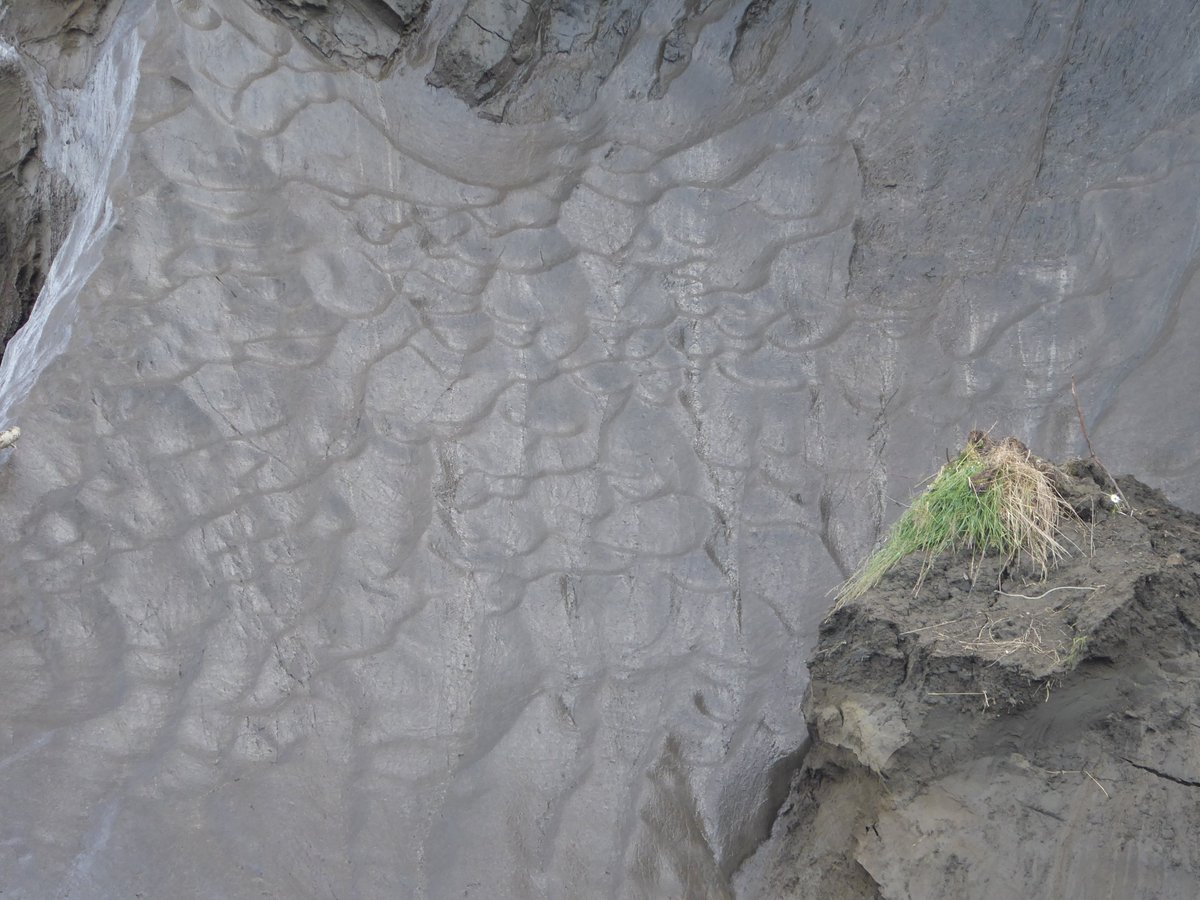 The muddy riverbank was strewn with the bones of Pleistocene creatures: mammoths, bison, horses, wolves. Technically they're not fossils; they have not turned to stone. These are the actual remains of animals that lived tens of thousands of years ago, frozen until recently https://t.co/m6AtJiB02x 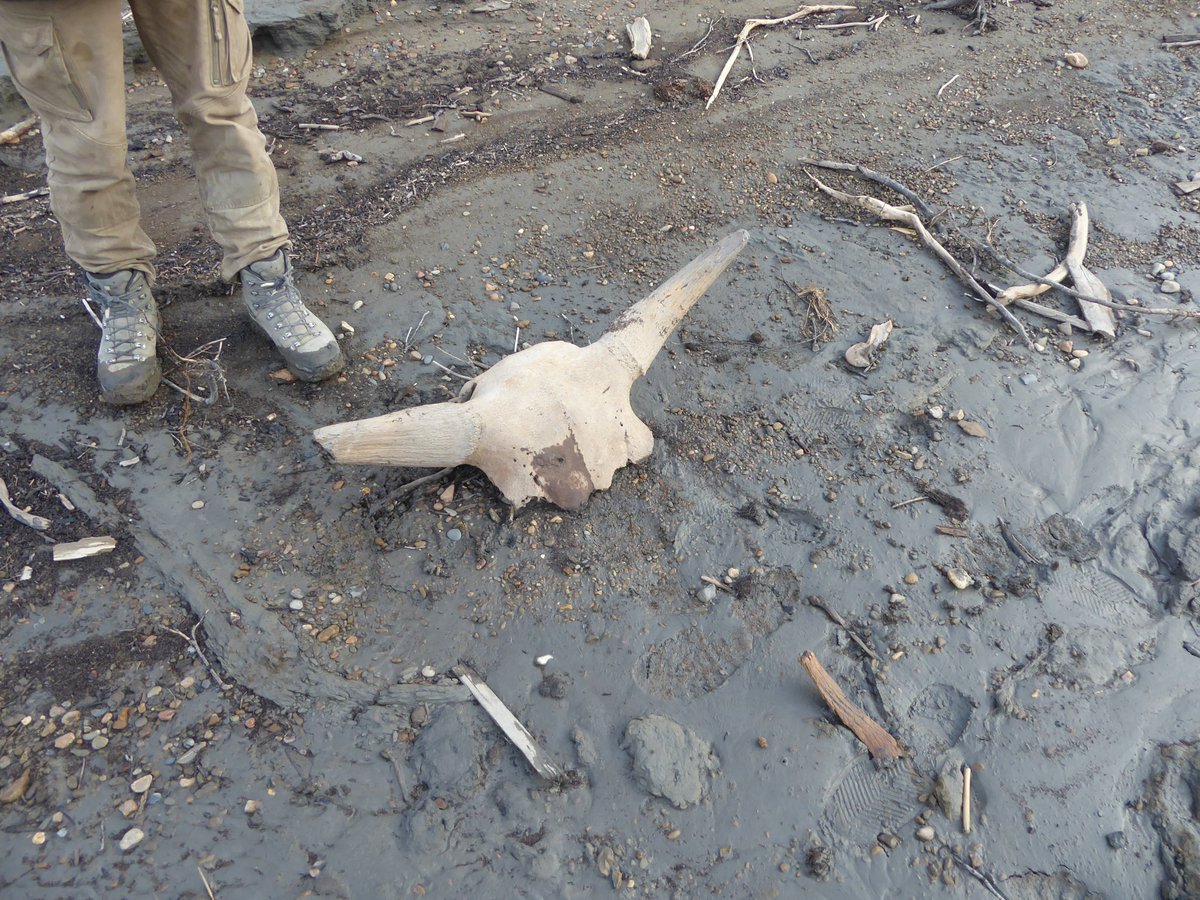 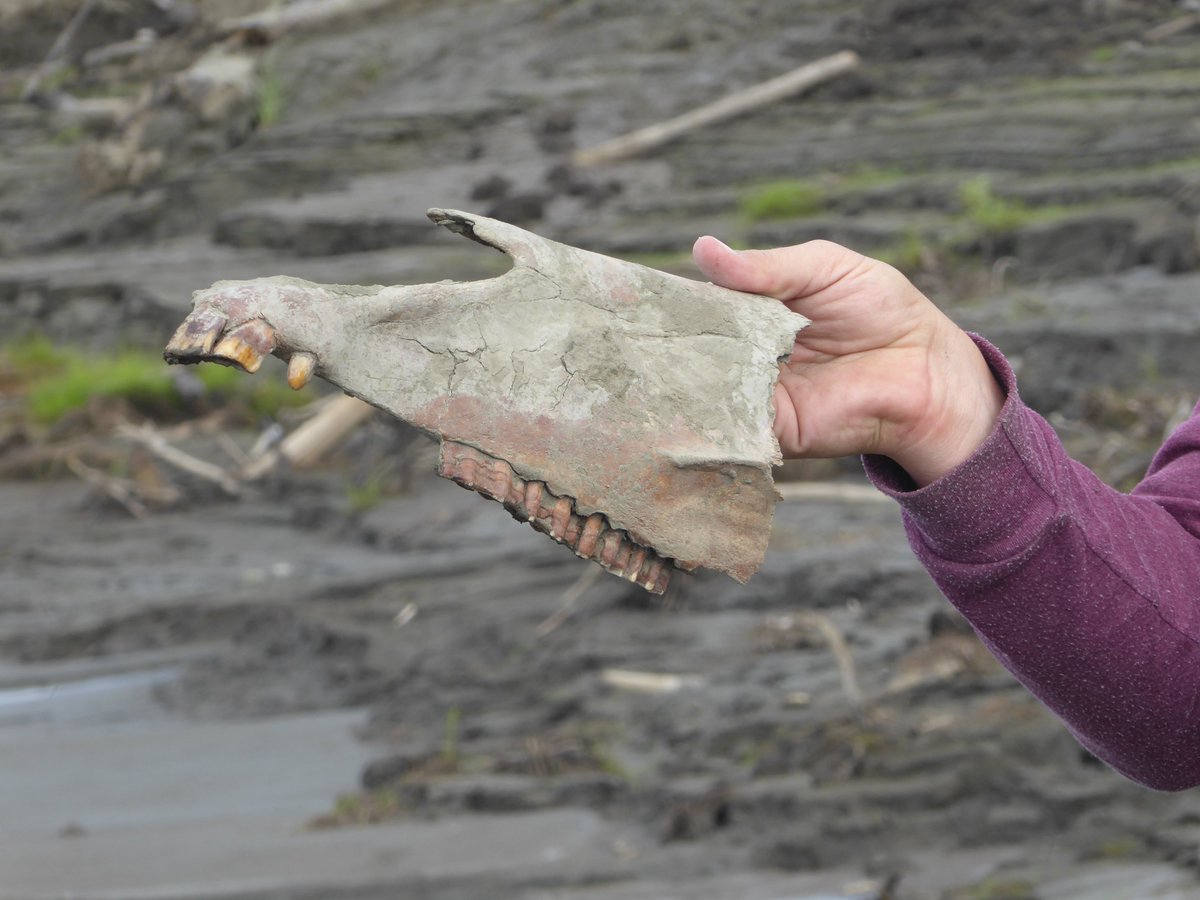 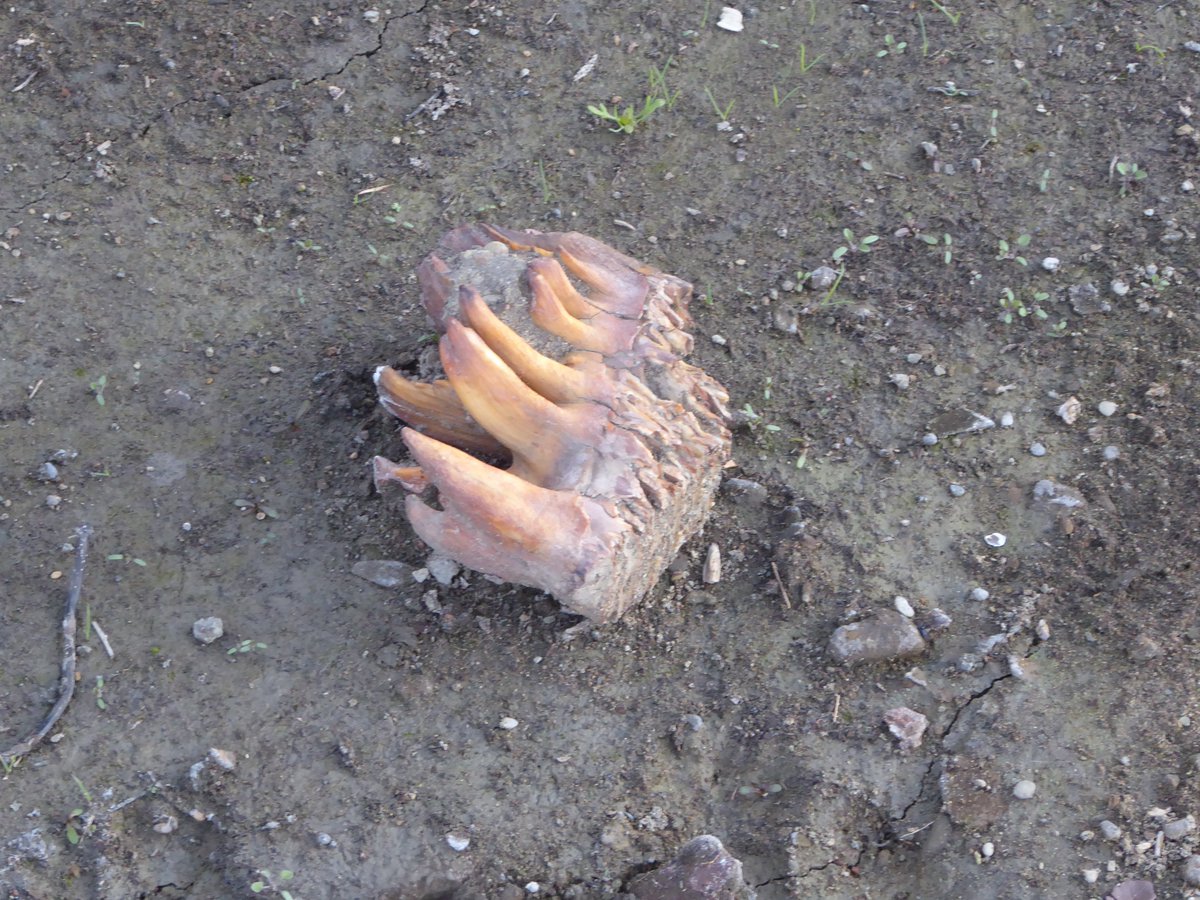 The bones were not supposed to be there. They should have been secreted away in the earth. But as global temperatures rise, permafrost dwindles—in some areas 70 years earlier than expected. Ancient graveyards are forced to the surface

The Arctic is eating itself up. It is melting, it is pooling, it is caving in. The Arctic is on fire, consumed by multitudes of flames—orange and fevered, hungry and invisible.

Several times that day, while walking the muddy shores, we were startled by a kind of terrestrial thunder—a split, a slip, a crash. Soil and ice surrendering to gravity. The sound of fractured earth.