1/ I want to tell a story about me and violence.
It was back to July 21, I was dragging my body back home at midnight after a long day of protest. I lay in my bed, Priscilla was asleep, and I scroll on my phone in the dark. My newsfeed was swarmed with footages..
#HongKongProtest https://t.co/sBSxlOrEB5 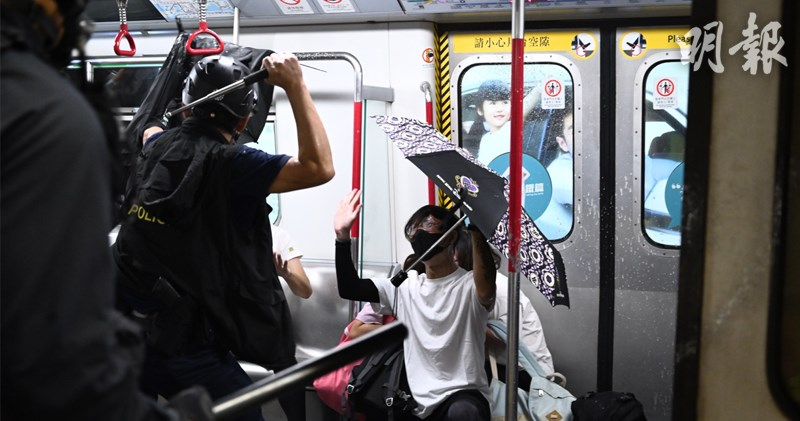 2/ featuring thugs who held metal rods and hit train passengers indiscriminately at a train station. These hired thugs, later confirmed as gangs connected to pro-Beijing lawmaker and the Chinese liaison office of Hong Kong. They were beating people under the watch of the police.. https://t.co/y9ZlJGqKls 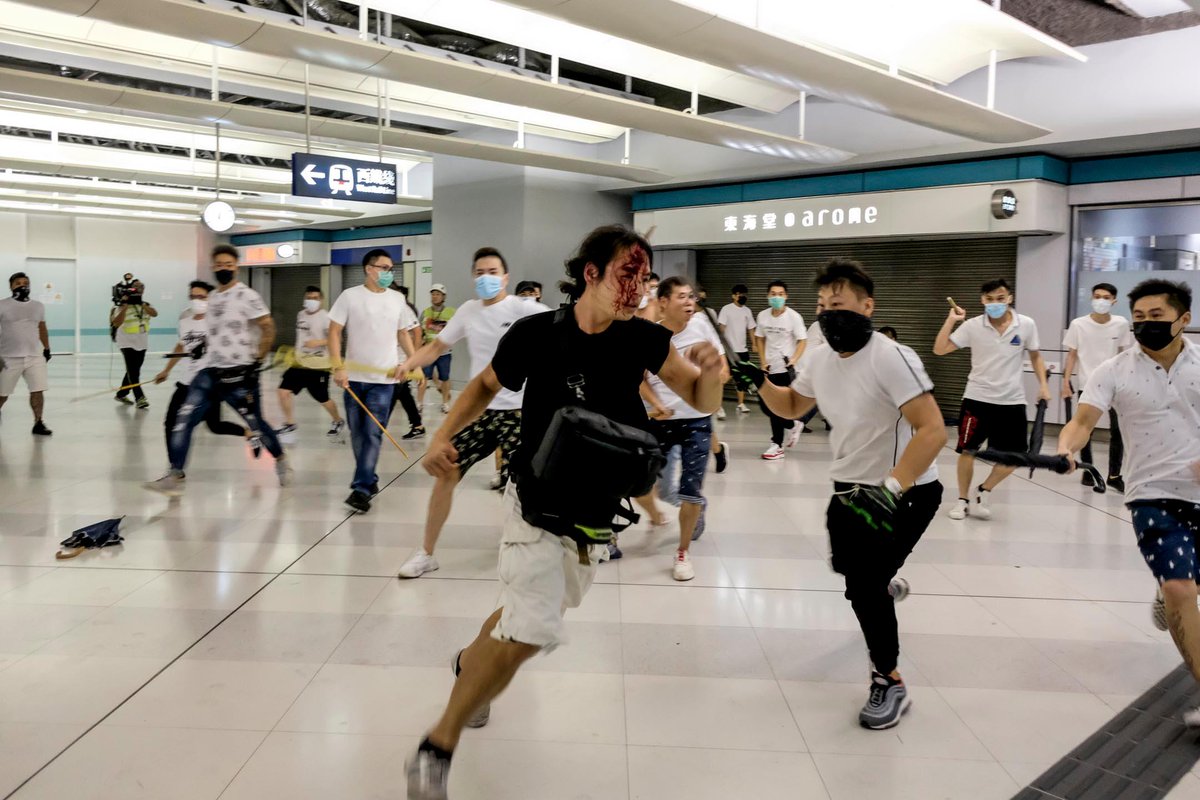 3/ some were escorted personally by riot police to their safe haven.

I barely slept that night, adrenaline in my body kept me awake. My mind kept rehearsing how would I defend the passengers if I was on the train. The next day, terror has occupied the atmosphere of Hong Kong. https://t.co/MldpKeVBQB 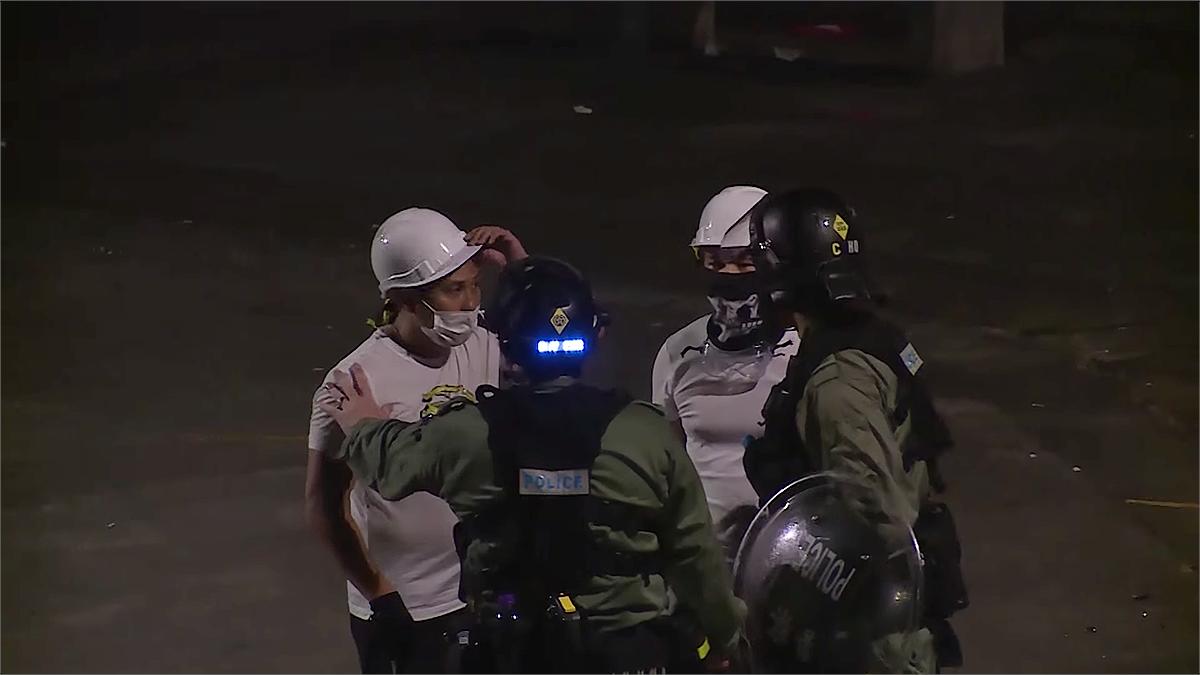 4/ Shops and malls were closed, fear of another wave of attack. During lunch, a colleague invited me to protest at the area where thugs are based. I nodded immediately, finish my lunchbox in 5 minutes, grab a PVC pipe and put it in my backpack.

5/ I was ready to get into a scuffle. Not only I was prepared to fight, I was looking forward to encountering the thugs so I could bring justice to them.

I didn't meet any thugs on that day, but I still remember the impulse to use violence.

6/ Is #HongKongProtest getting more violent? Yes. The protest is largely non-violent, but vandalism, use of force against the police, and vigilantism has become more frequent. I know exactly why is this happening -- It is because no justice is served in the last four months.

7/ The police have been systematically violating rights and hurting people. Thousands are arbitrarily injured, some lost their eyes, some arms were broken into two pieces during detention, some were sexually abused by "law" enforcement.

8/ Speaking of "law" enforcers, a journalist is hospitalized because a thug stabs her into the lung. A teenager could spend his whole life in a wheelchair because hired gangs cut his tendons. And yesterday, a young girl lost her legs because a pro-government taxi driver... https://t.co/UK9ZG0VFkY

9/ deliberately ran over the protestors. Will these thugs be brought to justice? I doubt it, I have seen multiple times the police work side by side with them.

85%, 85% of the population demands an independent inquiry into police brutality, and the government responds by...

10/ invoking emergency power and ban people from wearing masks. Keep in mind, we didn't choose the government. The emergency power has destroyed the very, last bit of checks and balance and turn Hong Kong into a real authoritarian country.

11/ It shut down EVERY SINGLE peaceful means to resolve this political crisis. The people would not sit there and be butchery. They resist. Remember how Hobbes describes the State of Nature? No government, no laws, no common power to restrain. Sounds familiar?

12/ That's Hong Kong nowadays. People gave the state power to monopolize violence because they trust the state would use violence according to the law, this piece of social contract has burnt into ash, by the government. For so many times, I have impulses of ...

13/ wanting to throw a petrol bomb. I pictured in my head of taking a pistol from an officer's holster. And do you know what is stopping me from implementing these ideas? It’s because I am carrying the name of my organization that is committed to non-violent, and...

14/ because I believe a largely non-violent movement has a bigger chance to succeed. Most importantly, I convinced myself that justice would be served in the long run. That doesn’t mean everyone can and should think as I do. I feel impatient, and I feel the pain of people...

15/ who believe finding justice within the system is a joke. For them, vandalizing a store owned by a crony of the government, or vigilantism against pro-government attackers, are ways to find some justice. Violence should not be condoned. It should be stopped...

16/ and we need to start by stopping state violence. Hong Kong is in a state of emergency, and the law that was once respected by its citizens is melting. I am not asking you to tolerate violence created by protestors, I am asking you to understand it. Martin Luther King once...

17/ said, “Riot is the language of the unheard” -- without understanding where it comes from, we aren't hearing what the people say. Justice is what we entitled, and it should be returned right now.