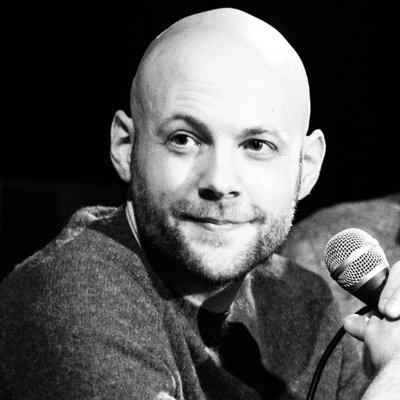 Wow. Just... wow. Just went through LAX immigration. Presented my journalist visa and was stopped by the CBP agent and accused of being part of the ‘fake news media’.

He wanted to know if I’d ever worked for CNN or MSNBC or other outlets that are “spreading lies to the American people.” He aggressively told me that journalists are liars and are attacking their democracy.

Apparently the only truth now comes from YouTube and the president. All this said under a CBP sign that says “we are the face of our nation.” And with a framed picture of 45 staring down. In fucking California!!! Welcome to Trump’s America!

He let me go after I said that I was just here to write about Star Wars, and would keep the fake news about that to a bare minimum. Thankfully the statute of limitations has expired on @ChrisHewitt’s 5 star review of Attack Of The Clones...

The fact that I had been watching Years And Years on the plane made it particularly poignant! This isn’t news but the malignant affect this presidency has had on what was once a beacon of democracy and freedom is absolutely chilling.

To clarify for those (kindly) saying this was illegal detention, I wasn’t detained or taken into a room. This all happened at the visa/passport/fingerprint check and only lasted a couple of minutes. He made no attempt to physically detain me beyond the questions (and lecture).

So clearly this has become a thing. My mentions have melted down at this point but to answer the questions I’m mainly getting...

- Yes it did happen (and calling this fake news in itself is more irony than my jetlagged mind can take).

- No I wasn’t mistreated or detained in any way. Questions at customs are to be expected while fingerprinting etc is going on. It’s just the fake news/MSM diatribe that was surprising and inappropriate.

- No I didn’t get his name or make a complaint. As I said, he didn’t mistreat me so while I despair that an official made these comments and that these troubling views have clearly been so normalised, I didn’t take it any further. (I just moaned about it on twitter!)

- Yes, Chris did give AOTC 5 stars but it’s been 17 years so it’s probably time to let that go.

For the benefit of the “it never happened/I call bullshit” commenters: https://t.co/fsV21Mmcbq 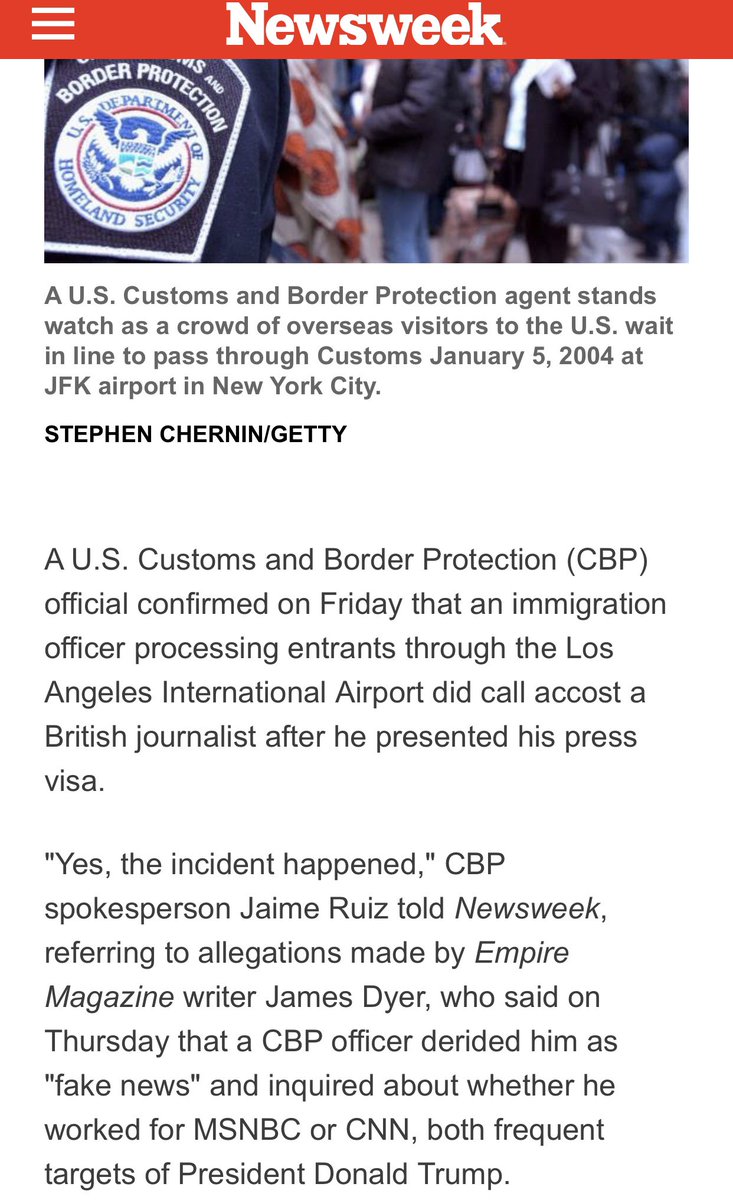 Update: just heard from the CBP Director of Field Operations in LA who called personally to apologise. He said they’ve identified the agent concerned and are taking appropriate action to ensure it doesn’t happen again.

He reiterated that CBP has very strict rules about how agents are supposed to comport themselves and that this kind of bias will not be tolerated.

He affirmed that the CBP values its relationship with the media, that this treatment shouldn’t occur and assured me that this won’t happen to me again on my next trip to LA!

All of which marks the end of a somewhat surreal 24 hours. I appreciated his call and the fact that they a) took it seriously and b) owned up to it straight away and didn’t try to dismiss it as, yes, fake news.

My main take away from all this is just how normalised abnormality has become here. Regardless of your political leaning, accepting propaganda and wilful disinformation as fact has pretty scary consequences.

Republican or Democrat, it should be fairly obvious to anyone paying attention that this administration has, at best, an alarmingly casual relationship with the truth.

The dismissal of all negative opinion as ‘fake news’ is Orwellian and insidious and the demonising of a free press is the first step in dismantling the freedoms this country is supposed to celebrate.

Look, I’m a privileged white male who watches films for a living and flew out to LA to write about wookiees. That someone was mean to me at customs is a symphony for the world’s smallest violin.

But when members of law enforcement (let alone the guy in the White House!) see all press as an enemy of the people then you’ve strayed into some pretty fucking dark territory. Maybe try not to do that, okay?