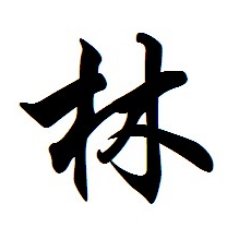 A more serious thread on decolonization, authoritarianism, and the zombie of the Republic of China that just won't die 1/ https://t.co/Vx8Lx6vCkb

The idea of "Chineseness" is not an exclusive national sphere, meaning that being Chinese is not merely because you have a PRC passport or an ROC passport that one can be "Chinese." It's a term that spans ethnicity, identity, race, diaspora, language, culture, ancestry, etc. 2/

This becomes complicated because political actors, whether nation-states, dictators, migrants, etc., have co-opted and reconstructed the term for specific political purposes. 3/

In the case of Taiwan, it was ruled for over 40 years by an authoritarian regime whose political legitimacy was in part defined by its Chinese "authenticity." Some argue this is a type of chauvinism, but I wouldn't agree. It's political, and historical. 4/

The KMT was founded in a revolutionary moment of Chinese nationalism. Sun Yat-sen evoked the language of revolutionary nationalism against multiethnic Qing rule, and offered a Han-centric vision of a nation-state that would return power to the Chinese people. 5/

This legacy continued under Chiang Kai-shek. When CKS lost to the communists and retreated to Taiwan, the KMT doubled down on its identity as being the authentic China. For the KMT elite, this was absolutely necessary; they could not accept that Taiwan was a permanent home. 6/

The fragility of KMT rule had to be held together by the idea that they would were upholding the true values of China, and that they would one day return to the mainland and free their compatriots of communist rule. 7/

You'll see this in oral histories of the KMT. Mahlon Meyer's book, for example, shows how one 外省人 woman classically trained in Peking opera saw it as her patriotic duty to maintain authentic Chinese culture, and to continue performing it in Taiwan to educate the Taiwanese. 8/

This vision began to fall apart by the 1970-80s, and the authoritarian KMT regime was challenged by native Taiwanese movements such as the Kaohsiung Incident that galvanized opposition to the KMT. Opposition became a wave, martial law ended, and democratization began. 9/

This is a *classic* case of decolonization. The KMT imposed an education system, cultural norms, and military rule in order to sustain a nationalist vision that dated from the early 20th century. In the years since the 1980s, Taiwan has embraced a multicultural identity. 10/

Naturally, one cannot deny the Chinese connections. Authoritarian KMT rule was highly effective in that regard -- when you have state capacity to impose mandatory Mandarin language training through both carrot (awards for perfecting Chinese calligraphy and poetry) 11/

and the stick (punishment for speaking non-Mandarin languages such as Hokkien or Hakka), then Chinese fluency is going to be nearly 100%. 12/

What is a problem though, is to mistake Chinese fluency, or the remnants of Chinese nationalism through a state name, with the identity and desires of current-day Taiwan. Whether or not one wants to identify as Chinese is, I'd argue, an individual decision. 13/

It's strange, then, when others say that this comes across as "whining" all because of a colonial past under an authoritarian regime, over which the current "whiners" have no agency or control over the actions of a state government they never elected.

Hope this short history lesson shows the importance of understanding not just Taiwanese history, but also global history. Decolonization and postcolonialism were important precisely because they made evident colonial structures. Read some Fanon, everyone. /end

Finally, thanks to @lnachman32 for encouraging me to write this instead of just defaulting to snark.