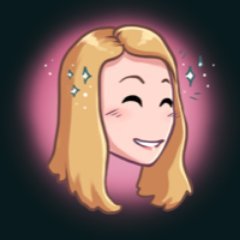 I have been living in the UK for 10 years this year. Please have a short thread of things that are still weird as hell to me 🧵

British people have rising intonation when they say “bye” on the phone so it’s a bouncy “byYEEE” and why do you people do that?

Please why beans on toast there are so many other lazy foods that are actually good why is this a thing?

Britishes call their fanciest private schools public schools which is weird and confusing, likely by design.

British beaches are often just banks of sharp stones by the water and people here excitedly go to them on purpose. When you get there you can buy disappointing candy sticks called rock and seagulls will fight you.

They have proms here but they mean outdoor classic music things, not a school dance. Except now sometimes they have school dances called proms. I give up.

Signing “sincerely” in an email means “fuck off”.

Saying “fuck off” in a pub means “I appreciate our friendship” 98% the time and 2% of the time it is a precursor to violence.

If there is a mistake at a coffee shop or restaurant British people will complain to everyone but the people who could fix the issue and if asked by those people will report that everything is fine.

On getting off a bus saying thank you to the driver is optional until the person leaving in front of you says thank you. Then you are legally required to say it. So is everyone behind you.

90% of all public conflicts here are queue related. The other more serious 10% are about football or having the right shoes to get into a club.

People get full on arguing mad about the order you assemble breakfast items (when you put milk in when making tea or what you put first on a scone) and it does not matter at all.

If you mention swans to a British person they’ll tell you swans will break your arm and nod knowingly. No other information will be forthcoming on the topic.

Bathroom sink faucets in the UK often have two separate taps for the hot and cold water.

Fuck you, that's why.

If you mention a weird dream or nightmare, Britishes will ask if you ate a lot of cheese before going to bed.

Oh god, I almost forgot the round system for drinks.

On its surface, it's a commonly used system where everyone takes turns buying drinks for everyone else in their group but there are a million complex subtleties that make it confusing and delightful.

This process may involve several rounds of "No, you"s and is resolved via unknown means.

I've had to mute this thread because I have work to do and y'all's beans on toast takes are too powerful for me.

If you want to ask about using these Tweets in a press thing, please DM me👋. Don't bother if you work for right wing tabloids, the answer is no, sincerely.