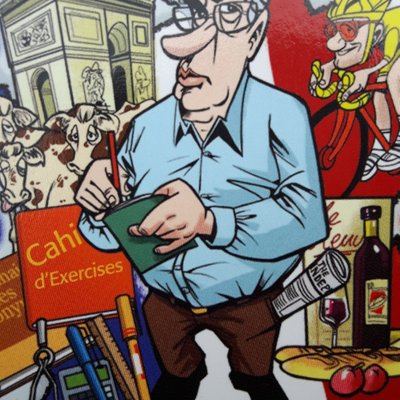 Something has been bugging me for days about the French Covid vaccination programme. The published figures don’t add up. They don’t explain why France has local shortages of vaccines and has postponed all “first jabs” in three big regions next week. 1/14

Yes, yes I know that Pfizer has temporarily reduced output (cutting France’s deliveries by 200,000). I know (who couldn’t know?) that AstraZeneca has slashed its promised supplies to the EU. But the French figures still don’t add up. 2/14

I have asked the health ministry press office to explain. No response. I’m surprised the French media has not asked the same question. So I’ve decided to lay out the figures (as far as I can establish them) and see if anyone can enlighten me. 3/14

As of last night, France had performed 1,353,277 injections, according to the wonderful Vaccintracker site. It is now also possible (with great patience) to consult the government’s own muddled site. https://t.co/oaJM15t8cB
4/14

We don’t yet know, because there are no clear, official figures, how many of these are 1st jabs and how many are 2nd jabs. In theory (taking the 21-day official Pfizer delay) about 90,000 2nd jabs should have been performed by now. 6/14

That’s not my question, however. Vaccintracker, using official figures, tells us that France has received 2,653,200 doses – mostly Pfizer but some Moderna – from the EU. That means that France has used only circa 50% of its doses in the first month of its programme. Why? 7/14

Why is France delaying 1st jabs when it has 1,300,000 doses in stock? Part of the answer, of course is that an avalanche of 2nd jabs is due. Fr. has decided, rightly or wrongly, not to take the UK gamble of ignoring the 21-day (Pfizer) or 28-day (Moderna) top-up timetable. 8/14

Judging from the first jabs daily returns on the governments site, the 21-day delay should mean that another 300,000 second jabs are due in the next week. Still, that doesn’t come anywhere near explaining why so many first jabs have been delayed. 9/14

Le Figaro says that the government does not now believe that it can hit its “first injection” target of 2,500,000” in February (for a promised end-Feb running total of 4m). Officials tell the newspaper that it’s counting on only 1,000,000 first jabs in Feb. Why? 10/14

Conclusion: The EU supply programme may be slow. The EU may have been let down by the Pharma companies.
But that does NOT explain why the French programme, after speeding up in mid-January, has fallen off the pace again. 14/14