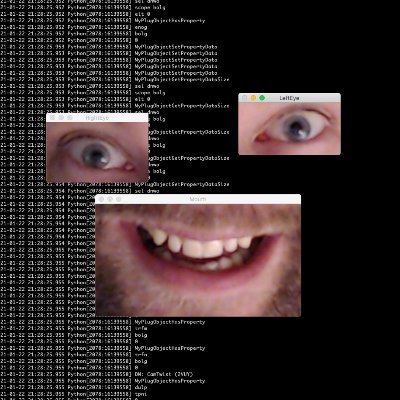 Oh, and that URL is not the media. That URL is a JSON metadata file

Here's an example. This artwork is by Beeple and sold via Nifty:

The NFT token is for this JSON file hosted directly on Nifty's servers: 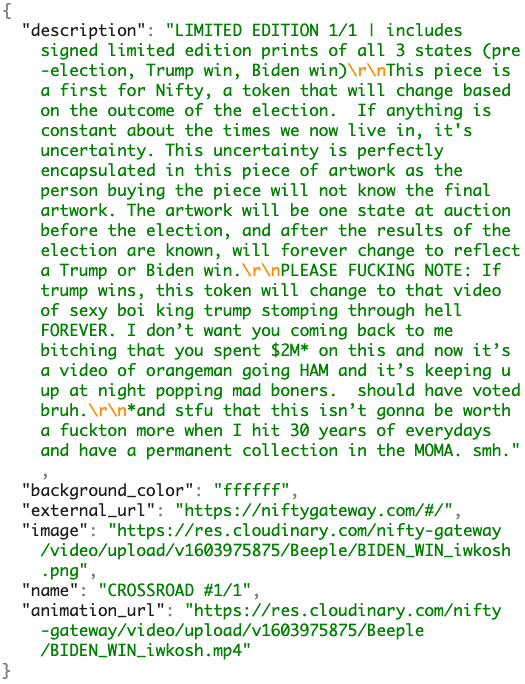 THAT file refers to the actual media you just "bought". Which in this case is hosted via a @cloudinary CDN, served by Nifty's servers again.

So if Nifty goes bust, your token is now worthless. It refers to nothing. This can't be changed.

"But you said some use IPFS!"

Let's look at the $65m Beeple, sold by Christies. Fancy.

That NFT token refers directly to an IPFS hash (https://t.co/QUdtdgtssH). We can take that IPFS hash and fetch the JSON metadata using a public gateway: 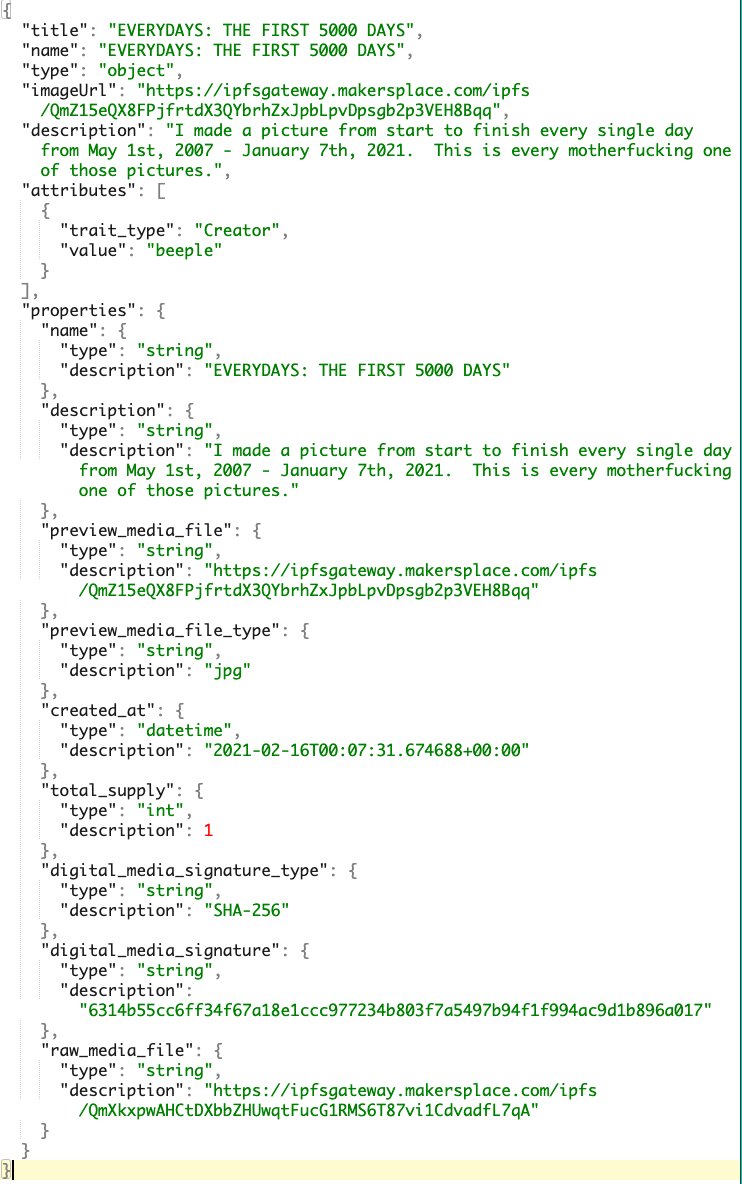 So, well done for referring to IPFS - it references the specific file rather than a URL that might break!

...however the metadata links to "https://t.co/RzXLzsqegH"

This is an IPFS gateway run by https://t.co/yR25JR9mkk, the NFT-minting startup.

Who will go bust one day

You might say "Just refer to the IPFS hash in _both_ places!"

Well ...no. IPFS only serves files as long as a node in the IPFS network _intentionally_ keeps hosting it.

Which means when the startup who sold you the NFT goes bust, the files will probably vanish from IPFS too

In fact, this is already happening: https://t.co/UdUfMuyurw

In short: Right now NFT's are built on an absolute house of cards constructed by the people selling them.

It is likely that _every_ NFT sold so far will be broken within a decade.

Will that make them worthless? Hard to say

"NFT startups are long-game blackmailers" is an entertaining concept

"WELL ACTUALLY you just pin the file to your own IPFS node":

You absolutely can! But the metadata file generally points to a specific HTTP IPFS gateway URL - NOT the IPFS hash.

So @CheckMyNFT has been tracking NFTs created on Nifty, and apparently most of them are already broken 😬

I can't believe I have to say this but: Not ALL NFTs

Yes I know there are plenty of NFTs that do not suffer from these problems. I was just covering the mainstream ones that have been hitting the news.

Honestly I'm not just making this up
https://t.co/S3nzWBKXqg