Suniuo, or Teruo Nakamura, a Taiwanese Indigenous man, is the longest-lasting holdout of the Imperial Japanese forces. He survived in the jungles of Indonesia in complete isolation for 31 years. He returned to ROC-controlled Taiwan in 1974 & struggled to fit into his homeland. 1/ https://t.co/6KlIebVTLQ 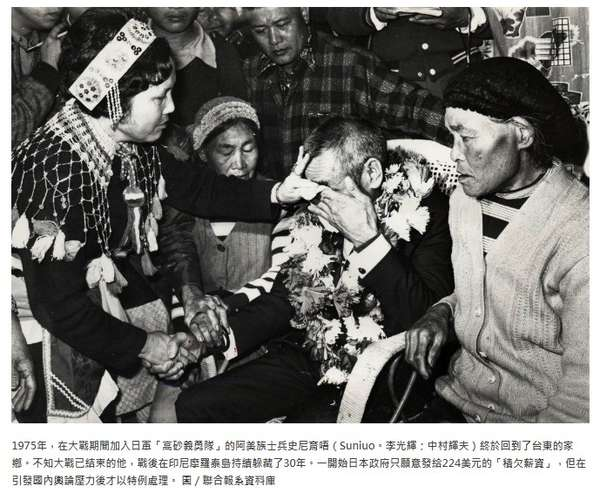 Born in 1919, Suniuo, a member of the Amis, was a young sumo & baseball enthusiast from the East coast of Japanese Taiwan. He was enlisted in the Takasago Unit (高砂義勇軍) & was stationed in Morotai island of Indonesia before it was overrun by the US-Australian troop in 1944. 2/

After 1944, the patriotic Suniuo rejected demobilisation & "stayed hidden at all costs, cooking only in the dark so people wouldn’t see the smoke." He built a hut & remained in the Indonesian jungle alone for 31 years, surviving by hunting, farming, & recording moon cycles. 3/

“Although I didn’t have anybody to talk to, buried deep in my heart was a glimmer of hope and expectation. The only trace of happiness during this time came from the fact that I was still alive and I hadn’t lost my sense of existence yet.” He recalled. 4/
https://t.co/xwD8e3wkKJ

In 1974, local rumours about a “naked wild man” prompted the Japanese Embassy in Jakarta to request assistance of a search mission. After locating Suniuo, the search team sang the Japanese national anthem 君が代 to lure Suniuo out from the forest. 5/ https://t.co/7oH9s7dJRz

One of the Japanese ambassadors in Jakarta flew over to meet with Suniuo. Refused to believe that Japan had surrender three decades ago, Suniuo said, in clear Japanese: "日本は負けてはおりません、自分は日本に帰りたい。" (Japan is not defeated, I want to go back to Japan.) 6/

The Japanese embassy held a press conference in Jakarta in the following week. Hokkien-speaking interpreters & reporters were presented at the press conference, but Suniuo responded all questions in Japanese since he only understood basic Hokkien as an Indigenous Taiwanese. 7/

He was repatriated to Taiwan, which had come under the controlled of Republic of China in exile. His homeland, Taiwan, has become unrecognisable to him after just 31 years time. He was given a Mandarin Chinese name 李光輝 by the ROC, a name he learned of only after his return. 8/ https://t.co/L9EjD83MV0 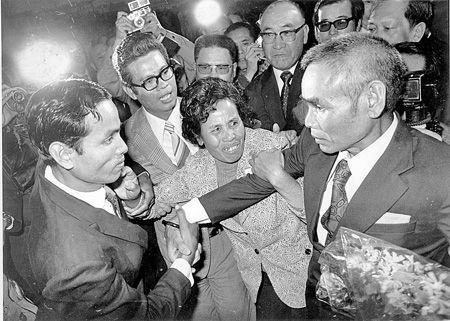 His wife, one of the reasons that kept him alive for the past 31 years, had remarried. His parents were dead, and only two siblings survived — all going by Mandarin Chinese names now. This "homeland" has become so distant & unfamiliar that he truly struggled to adapt to it. 9/ https://t.co/W1L4zjFj7f 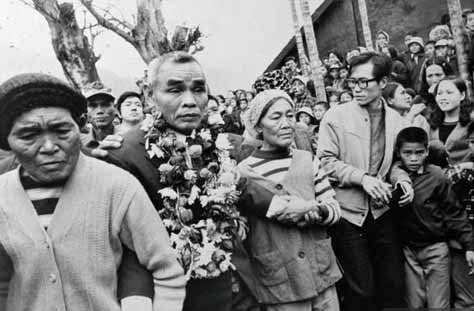 The cultural change & language barrier had posed challenges for Suniuo to interact with his family & the increasingly Sinicised ROC-Taiwan society. He survived 31 years alone in harsh jungle conditions, yet just four years after his return, he died of lung cancer in 1979. 10/ https://t.co/wOI0t6AMBA 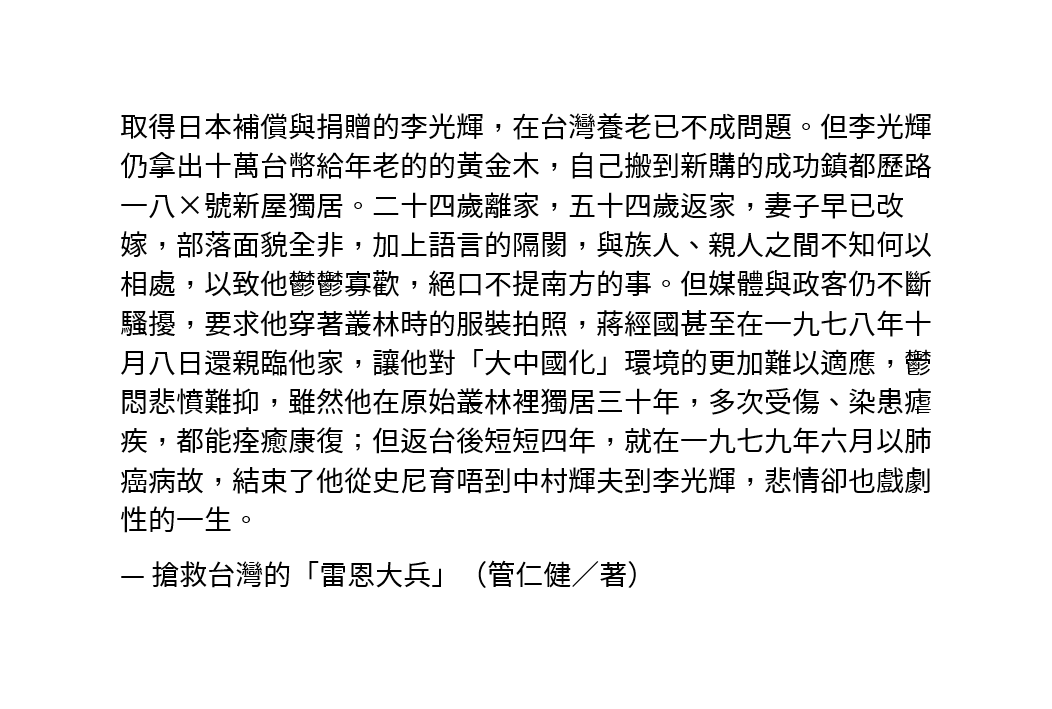 His village name was Suniuo. He was given an Aboriginal name Attun Palalin & a Japanese name Nakamura Teruo. After his return, he was eventually assigned a Chinese name Lee Kuang-hui. The variation is an epitome that reflects the complexity of forced identity shift in Taiwan. 11/

As a victim of both Japanese & Chinese colonisations, Suniuo could at best be a subordinate that serves a dominant foreign power. And he paid the price of a lifetime.

Taiwan Bar did a fantastic video on this with English sub. Next Cast Away movie maybe? https://t.co/3mq8XFgpmU