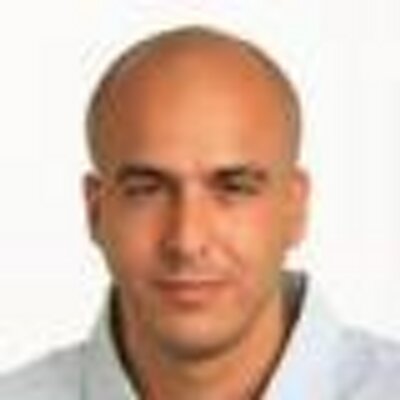 We recently announced a license change.

This was an incredibly hard decision, especially with my background and history around Open Source. I take our responsibility very seriously. (2 of 22)

And to be clear, this change most likely has zero effect on you, our users. It has no effect on our customers that engage with us either in cloud or on premises. Its goal, hopefully, is pretty clear. (3 of 22)

So why the change? AWS and Amazon Elasticsearch Service. They have been doing things that are just NOT OK since 2015 and it has only gotten worse. If we don’t stand up to them now, as a successful company and leader in the market, who will? (4 of 22)

Our license change is aimed at preventing companies from taking our Elasticsearch and Kibana products and providing them directly as a service without collaborating with us. (5 of 22)

Our license change comes after years of what we believe to be Amazon/AWS misleading and confusing the community - enough is enough. (6 of 22)

We’ve tried every avenue available including going through the courts, but with AWS’s ongoing behavior, we have decided to change our license so that we can focus on building products and innovating rather than litigating. (7 of 22)

AWS’s behavior has forced us to take this step and we do not do so lightly. If they had not acted as they have, we would not be having this discussion today. (8 of 22)

We think that Amazon’s behavior is inconsistent with the norms and values that are especially important in the open source ecosystem. Our hope is to take our presence in the market and use it to stand up to this now so others don’t face these same issues in the future. (9 of 22)

In open source, trademarks are considered a great and positive way to protect product reputation. They have been used and enforced broadly. They are considered sacred by the open source community, from small projects to foundations (Apache) to companies (RedHat). (10 of 22)

So imagine our surprise when Amazon launched their service in 2015 based on Elasticsearch and called it Amazon Elasticsearch Service. We considered this to be a pretty obvious trademark violation. NOT OK. (11 of 22)

I took a personal loan to register the Elasticsearch trademark in 2011 believing in this norm. Seeing the trademark so blatantly misused was especially painful to me. Our efforts to resolve the problem with Amazon failed, forcing us to file a lawsuit. NOT OK. (12 of 22)

We have seen that this trademark issue drives confusion with users thinking Amazon Elasticsearch Service is actually a service provided jointly with Elastic, with our blessing and collaboration. This is just not true. NOT OK. (13 of 22)

When the service launched, imagine our surprise when the Amazon CTO tweeted https://t.co/R10MINaWUA that it was released in collaboration with us. It was not. Over the years, we have heard repeatedly that this confusion has persisted. NOT OK. (14 of 22) https://t.co/I6KQOJHbWE 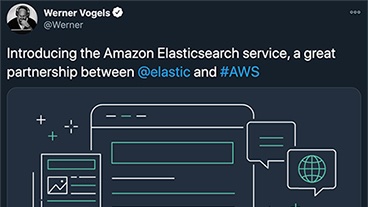 When Amazon announced their Open Distro for Elasticsearch fork, they used code that we believe was copied by a third party from our commercial code and provided it as part of the Open Distro project. NOT OK. (15 of 22)

We believe this further divided our community and drove additional confusion. More on this here: https://t.co/HKuMOgsHAO NOT OK. (16 of 22)

Recently, we found more examples of what we consider to be ethically challenged behavior. We have differentiated with proprietary features, and now see these feature designs serving as "inspiration" for Amazon, telling us their brazen behavior continues. NOT OK. (17 of 22)

We are happy to collaborate with cloud service providers, including Microsoft, Google, Alibaba, Tencent, Clever Cloud, and others. We have shown we can find a way to do it. We even work with other parts of Amazon. We are always open to do it, it just needs to be OK. (18 of 22)

I believe in the core values of the Open Source Community: transparency, collaboration, openness. Building great products to benefit users across the world. Amazing things have been built and will continue to be built using Elasticsearch and Kibana. (19 of 22)

And to be clear, this change most likely has zero effect on you, our users. And no effect on our customers that engage with us either in cloud or on premises. (20 of 22)

We created Elasticsearch; we care about it more than anyone else. It is our life’s work. We will wake up every day and do more to move the technology forward and innovate on your behalf. (21 of 22)

Thanks for listening. If you have more questions or you want more clarification please read here https://t.co/FCrovhQ0J0 or contact us at elastic_license@elastic.co.