Following on from yesterday's thread, I'd like to talk a bit about the clemency process in #Singapore in relation to the #deathpenalty.
https://t.co/U5iIQfWOW4

Under Article 22P of the Constitution of #Singapore, the President is able to, on the advice of the Cabinet (this bit is important), grant clemency to death row inmates. This is usually understood to mean that the President will commute the death sentence to life imprisonment. https://t.co/kCZ1lEHA9W 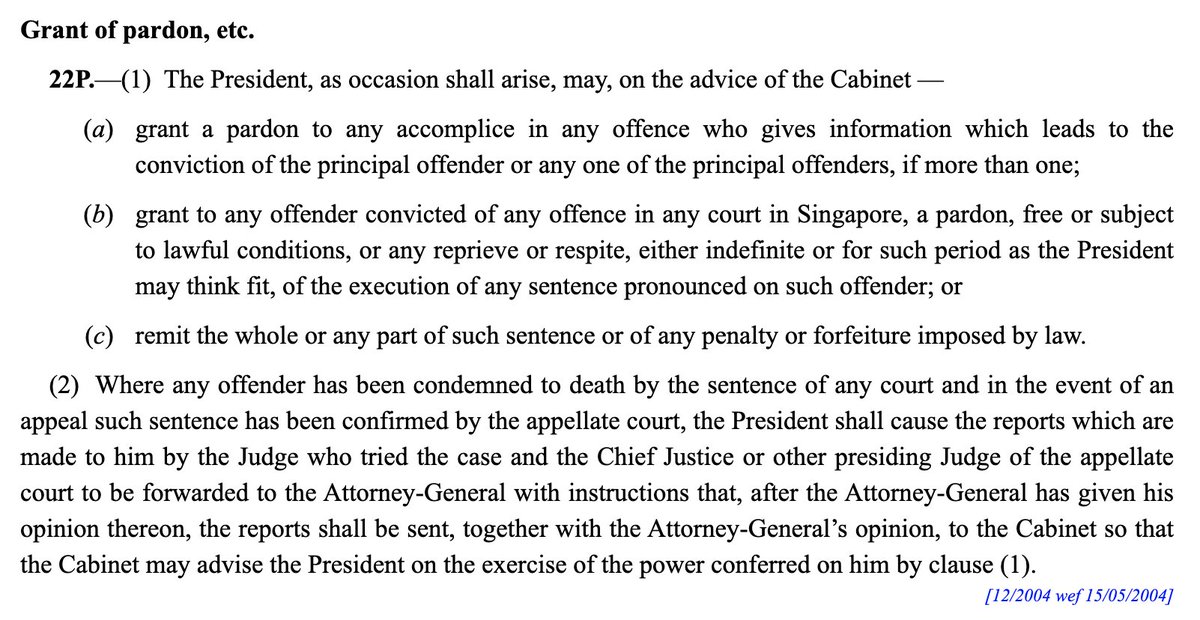 There's a catch: the words "on the advice of the Cabinet". In 2011, the Court of Appeal ruled that this means the President must act according to what the Cabinet says. Essentially, while it is known as a presidential pardon, it is actually the Cabinet of #Singapore that decides.

For those who enjoy reading legal arguments, you can dive into the court's grounds of decision here: https://t.co/Y8nKaFfIoZ

If interested in further reading, here's a paper by an academic dissecting the decision: https://t.co/5wKycgLyyK

This was a matter of controversy in 2010/2011 in relation to the case of Yong Vui Kong, a young Sabahan who was on death row for drug trafficking. In 2010, while Yong's case was still before the Court of Appeal, Law Minister K Shanmugam said this: https://t.co/CT9QcyzZdW

At the time, Yong's lawyer, M Ravi, argued that these comments were sub judice and had "poisoned" his client's case with "biasedness". After the Court of Appeal decision that the President has to act according to the Cabinet's decision in clemency cases, we had more concerns.

Where the law ends, mercy begins. The president's power to grant a pardon should be the final check on the system — and it is especially important when the punishment is as grave and *irreversible* as the #deathpenalty.

But this check is completely undermined if the president can't consider a case and decide independently. #Singapore's ministers often defend the #deathpenalty, domestically & abroad. Look at Shanmugam's comment on whether Yong should get clemency, and what MinLaw said about it: https://t.co/reRk6tGGg3

How independent and fair is the process if the Cabinet, including a minister like Shanmugam, is then the one considering Yong (or any other inmate)'s clemency plea, and telling the President what to do about it?

Why is the President just a rubber stamp in such a serious matter?

Every death row inmate has the right to submit an appeal to the President. I've accompanied multiple families to the Istana so they can submit their own pleas on behalf of their loved ones. These families have knelt on tarmac, stood under the hot sun, been drenched by rain. https://t.co/LKjJntX9x0 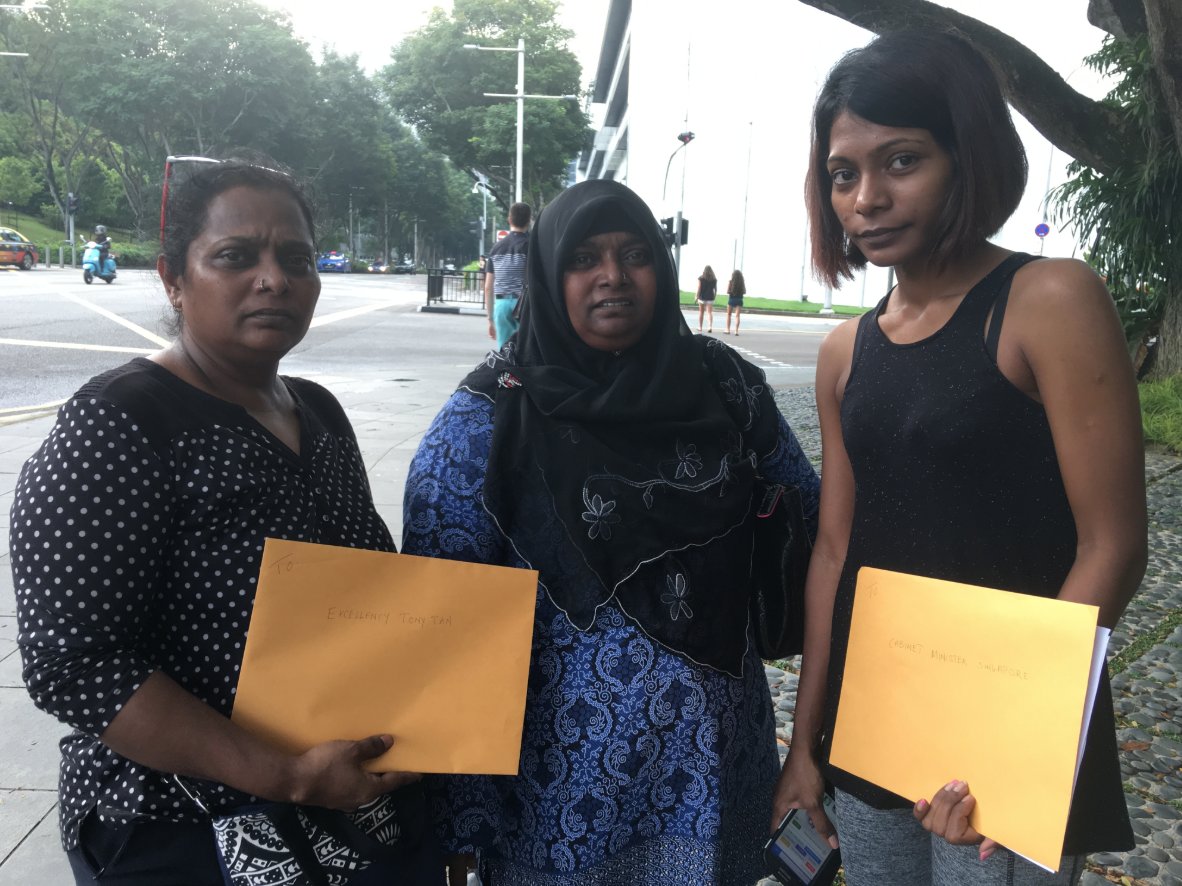 In the 10 years I've been involved in the #deathpenalty issue in #Singapore, I've never seen a successful clemency application (although we always try anyway).

Actually, there's been no clemency granted since 1998.

This is an example of a response. In my experience, the letter is signed by the President's Principal Private Secretary, not by the President. After this response, the prison authorities are free to schedule the hanging. #deathpenalty #Singapore https://t.co/kYffTgYm3e

There was a clemency case in 2018, an inmate who was 15 when convicted of a capital offence. I haven’t counted this as a case #deathpenalty clemency, since his age at conviction meant he was detained at the president’s pleasure rather than on death row. https://t.co/XEFvviA8sM