Today: A protest by Singaporeans against transphobia in the education system. https://t.co/ZRy14e9nHZ 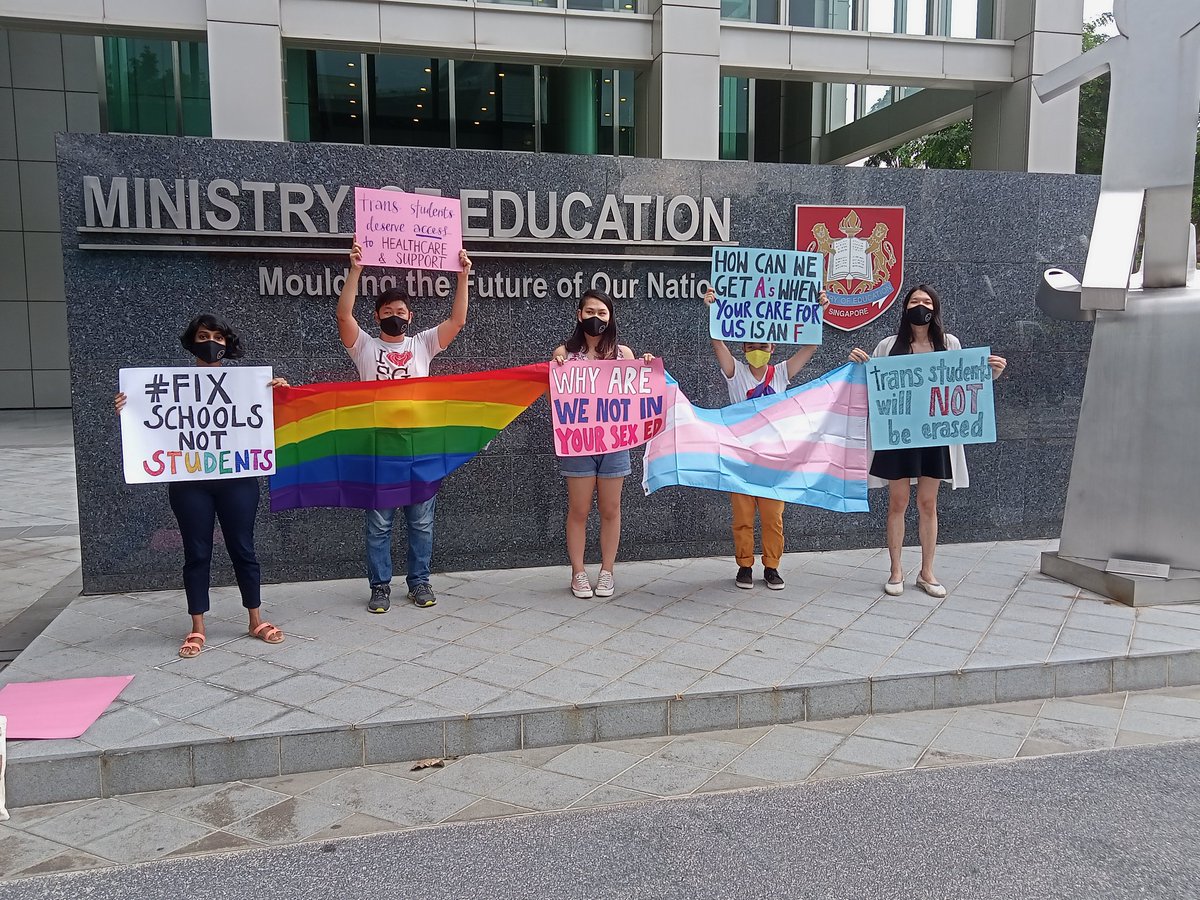 They've issued a statement and are using the hashtag #FixSchoolsNotStudents https://t.co/IzgYSVFBUD 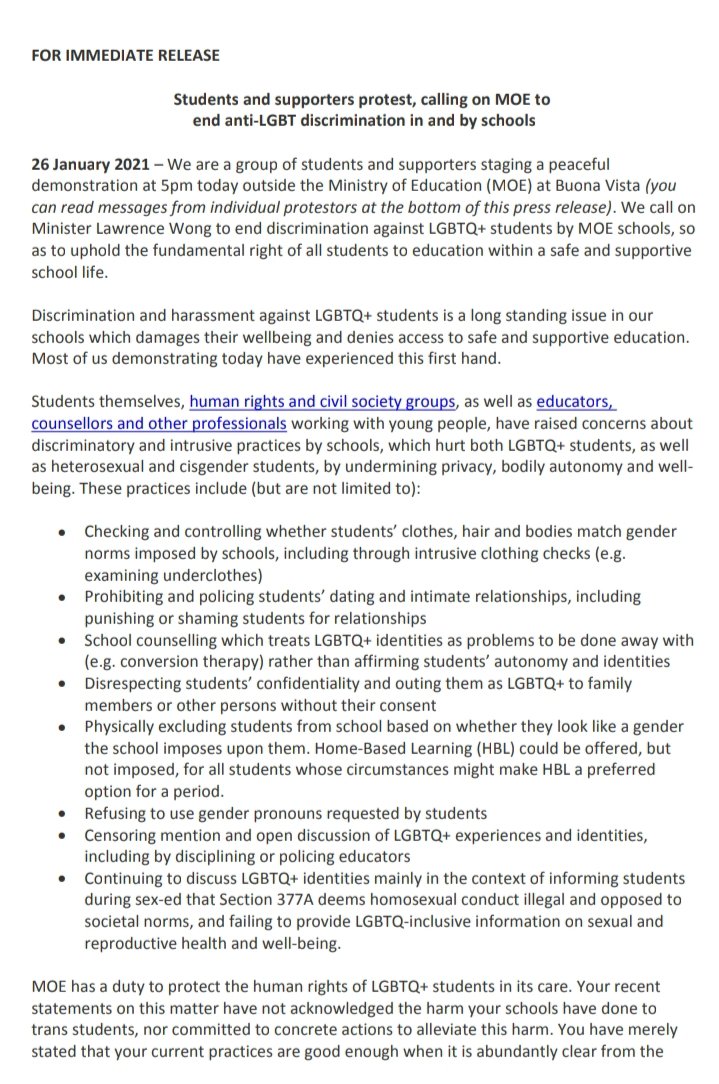 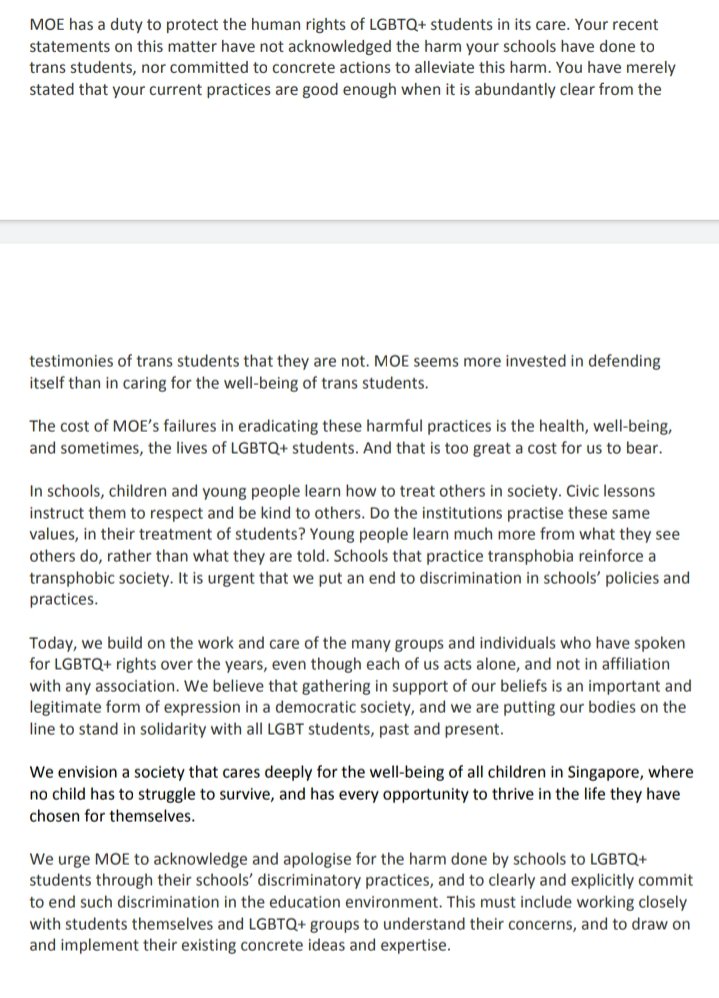 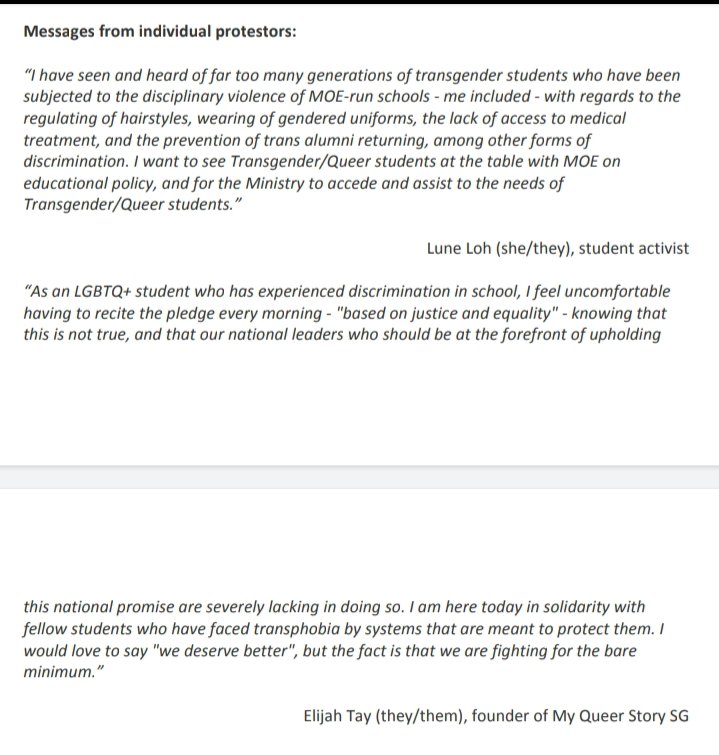 Within minutes security officers have shown up saying that photos can't be taken and asking them to leave. 2 protesters have left but 3 remain. #FixSchoolsNotStudents 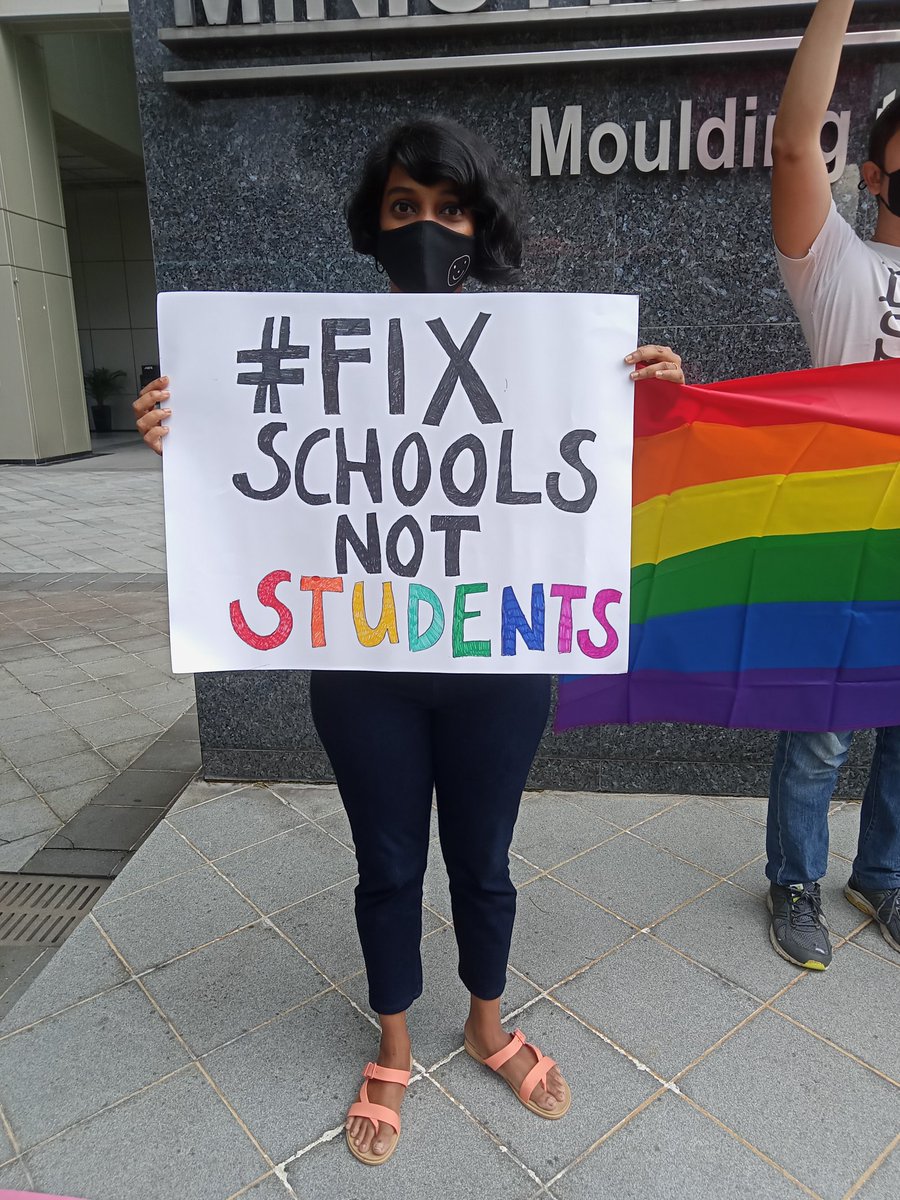 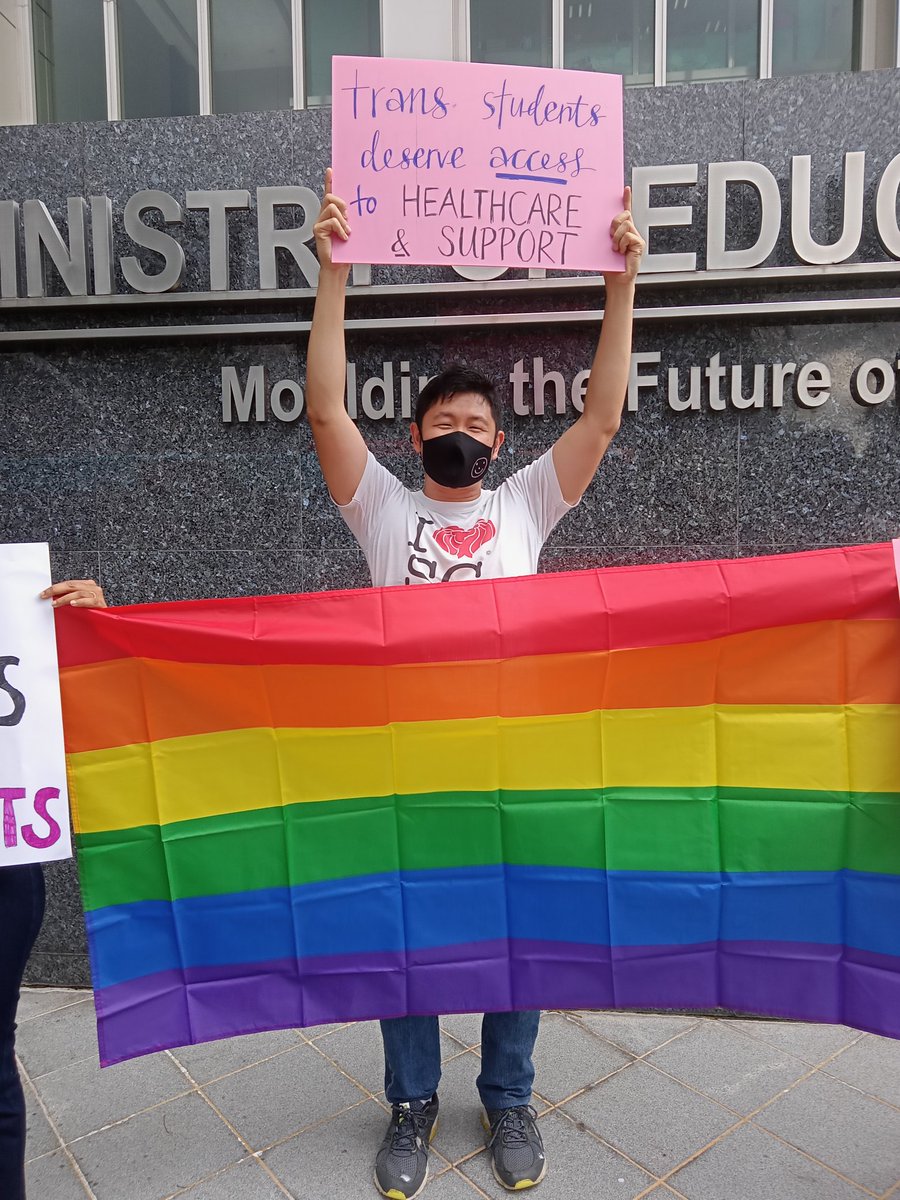 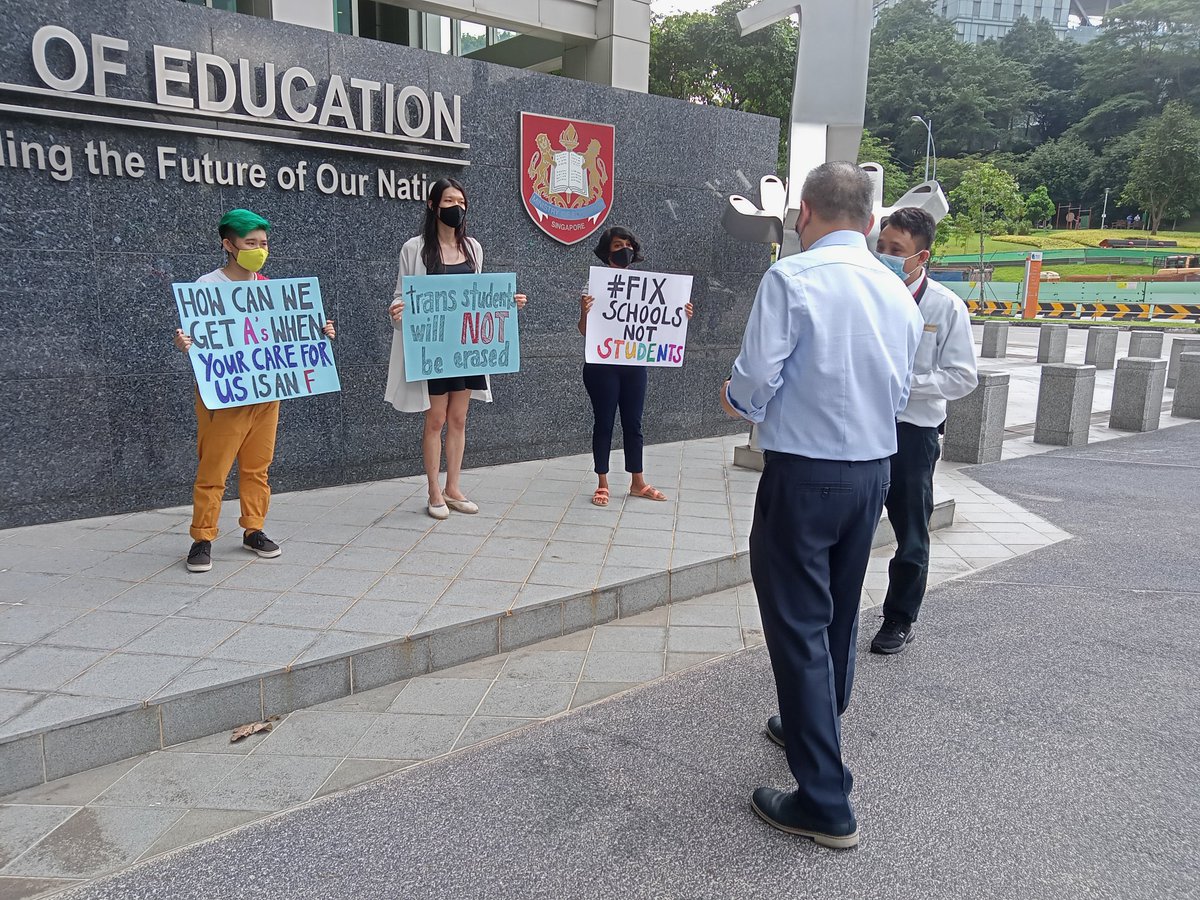 A whole bunch of people (I suspect plainclothes police officers?) have arrived -- it's all happened quite quickly! https://t.co/3iRnDhu2em

The police are now taking down their particulars and issuing them an order telling the protesters to leave. https://t.co/8wkKzOX8sX 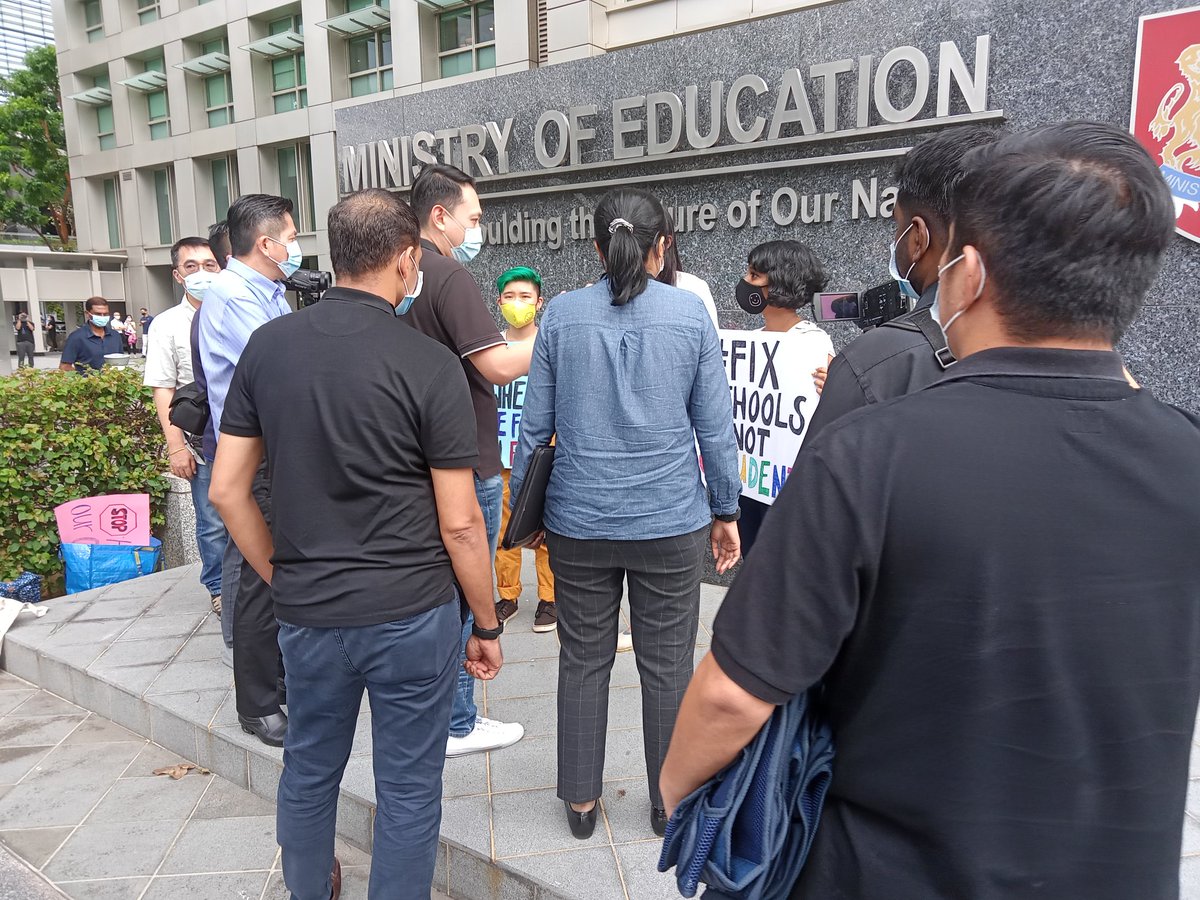 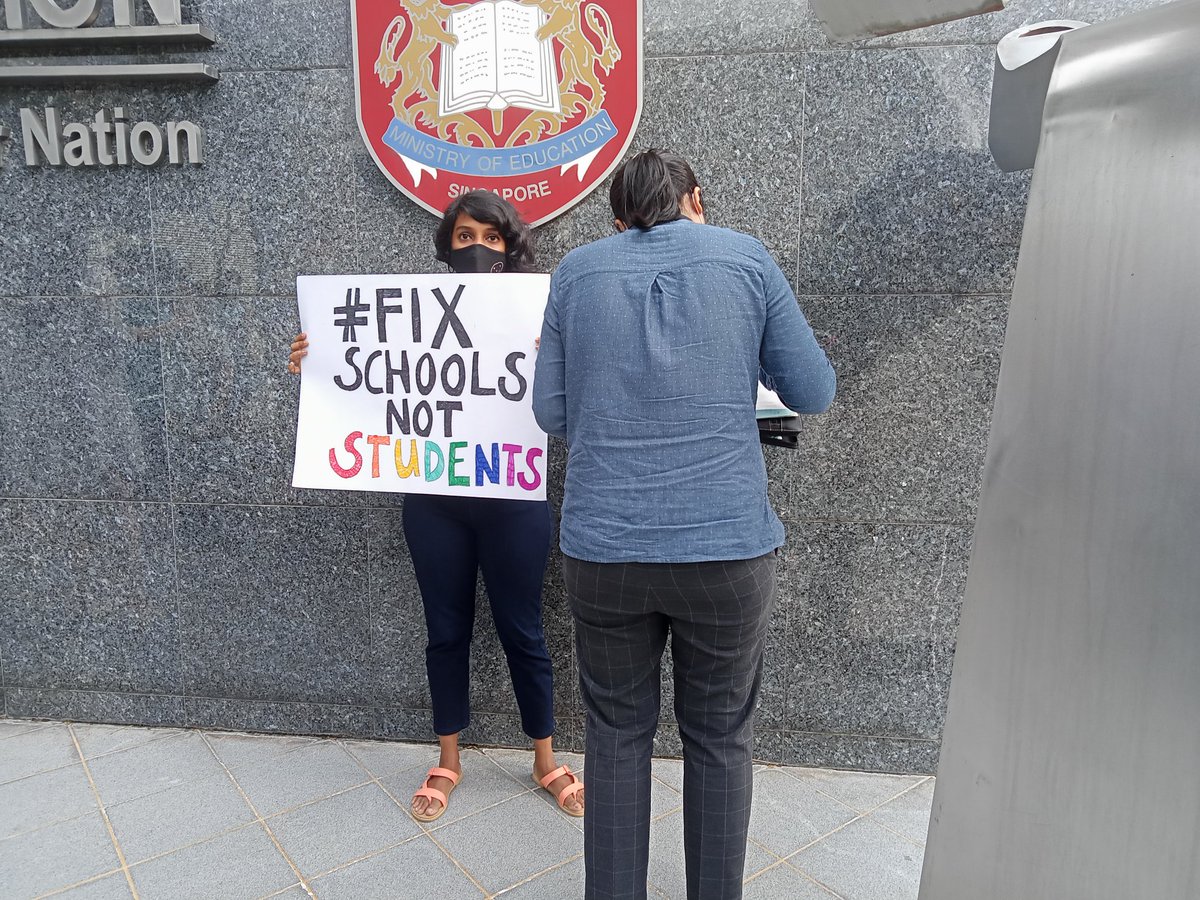 The authorities are trying to get them to leave but the three protesters want to talk to each other first before they make any decisions. They're now in a huddle surrounded by officers. https://t.co/8jzGEUx6Jc 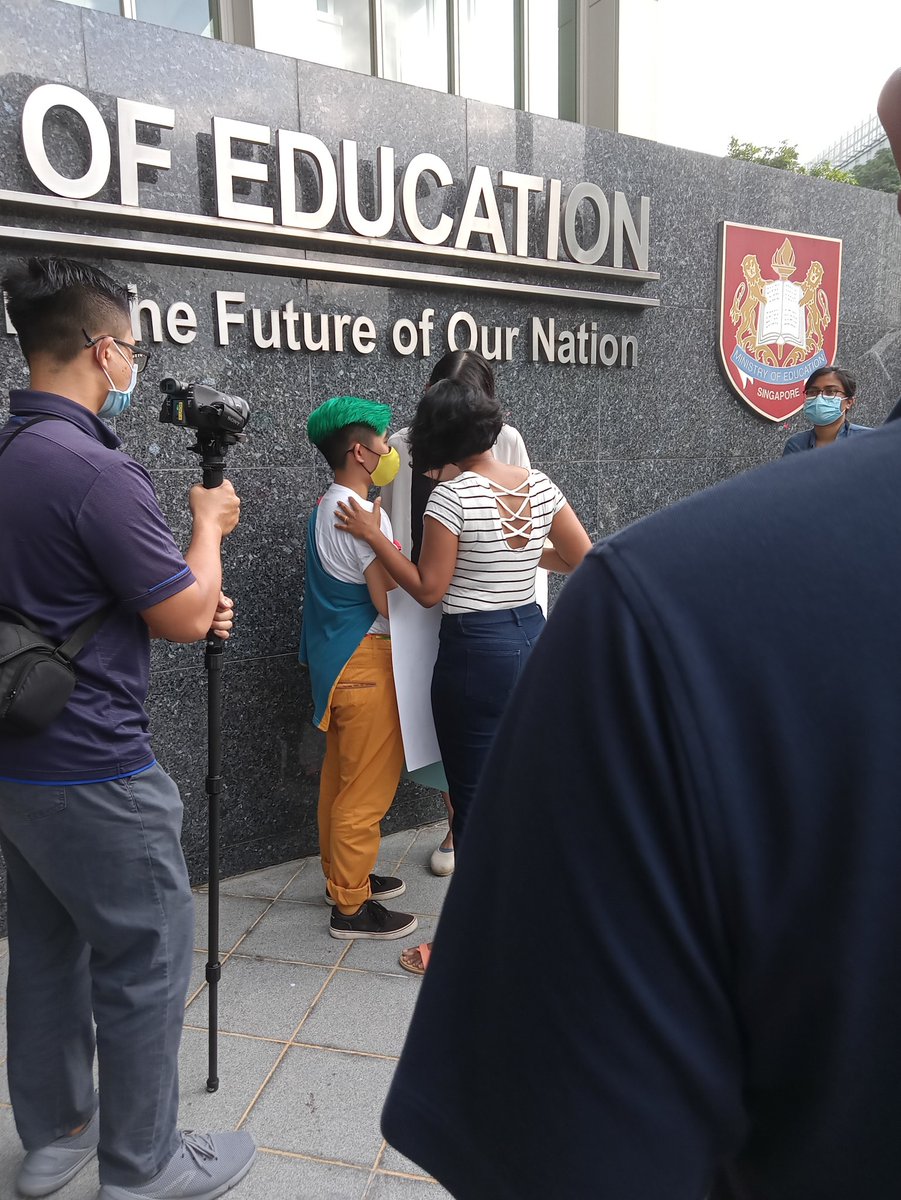 An officer is talking to them about "other avenues".

Response: "There have not been other successful avenues."

The protesters highlighted how statements and other actions have previously been taken on the issue of #LGBT discrimination and trans rights. https://t.co/cX4Rs96b2g

Response: "You've been standing in front of us for most of it!"

The officer is saying they are being given a move on order, and if not, he will have them arrested.

The three protesters have been arrested. https://t.co/5lQ73WlbTX

I took that photo in the first tweet of this thread right after the protesters first set up, and tweeted it soon after that, so this thread is pretty much a real-time of how things unfolded.

For those who need context: the only space in #Singapore where Singaporeans can gather to demonstrate without first obtaining a police permit is Hong Lim Park. However, the park is closed for such activities until further notice because of #COVID19.

UPDATE: Averyn, one of the two protesters who chose to leave early on (and therefore wasn't arrested), has been informed that she needs to present herself at the police station for questioning today. #FixSchoolsNotStudents

According to the government, permits have been granted thousands of times since 2009, but activists say it is very difficult to get a permit for what they want to do. Applications for solo protests have previously been rejected. https://t.co/39b7wQfQGs https://t.co/lykVlfFCTS

UPDATE: The three arrested protesters (2 are students, one isn't), are in lock-up in police headquarters at Cantonment Complex now. One more, who wasn't arrested, is going in to be questioned over her participation in #FixSchoolsNotStudents.

CLARIFICATION: This is according to supporters/friends of the protesters who say they have been told they can bail out the three later tonight.https://t.co/1eK8hvaXa7

UPDATE: I've heard that the last #FixSchoolsNotStudents protester -- one of the two who left earlier and therefore wasn't arrested -- has also been called in for questioning, although probably not tonight.

[Sorry if I haven’t responded to your messages/DMs — had to get some other work done (and also have dinner), and now I need to do some writing! Will catch up.]

UPDATE: The three arrested protesters have been bailed out. The police have sent out a statement to the press. https://t.co/DG4mVsEojk 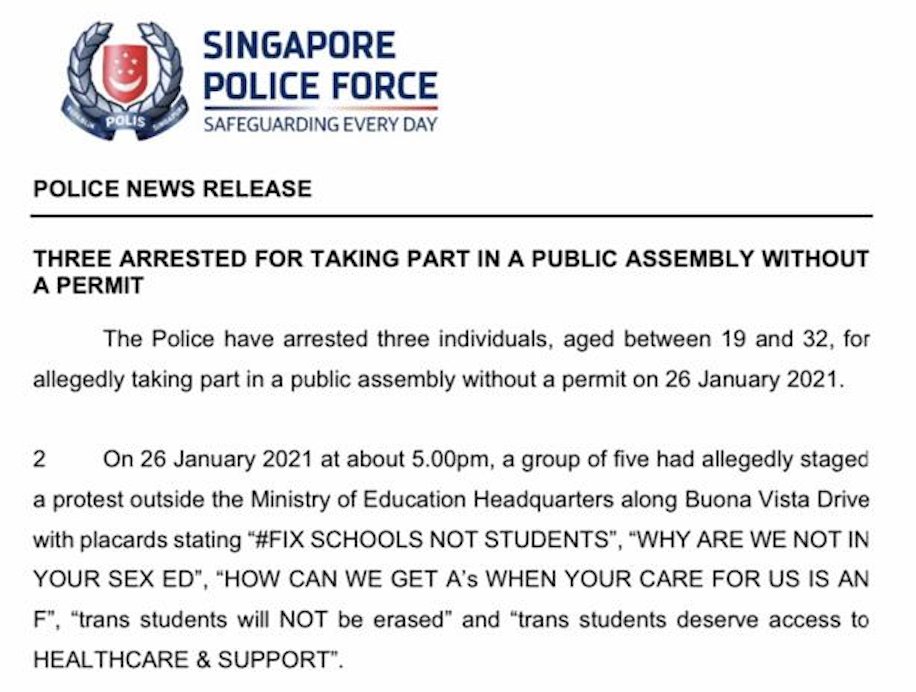