As a layperson, trying to follow #Singapore’s #Covid19 messaging since early 2020 has become incredibly confusing and just so damn exhausting.

This is a Covid fatigue thread/rant.

We’ve been praised for our handling of the pandemic (despite some serious fuck-ups, like with the migrant worker dormitories), but if you’re living in Singapore trying to follow the comms, it’s mind-boggling.

Yes, we have to keep in mind that #Covid19 is new and there's still so much that we don’t know about it. Things change as the science reveals more. That’s understandable. But there’s still a lack of clarity in communication that makes people more anxious and uncertain.

The way the government talks about pandemic measures has changed multiple times. When #Covid19 cases first emerged, they pointed us to the DORSCON measures to give an idea of what #Singapore’s plans will be like depending on the situation.

Remember DORSCON? There was a chart and everything: https://t.co/Zdhy7YTzAY

Only they didn’t stick to it, moving us up to DORSCON Red levels while insisting it was still Orange. Then DORSCON went out the window completely. https://t.co/puYvMOkVTp 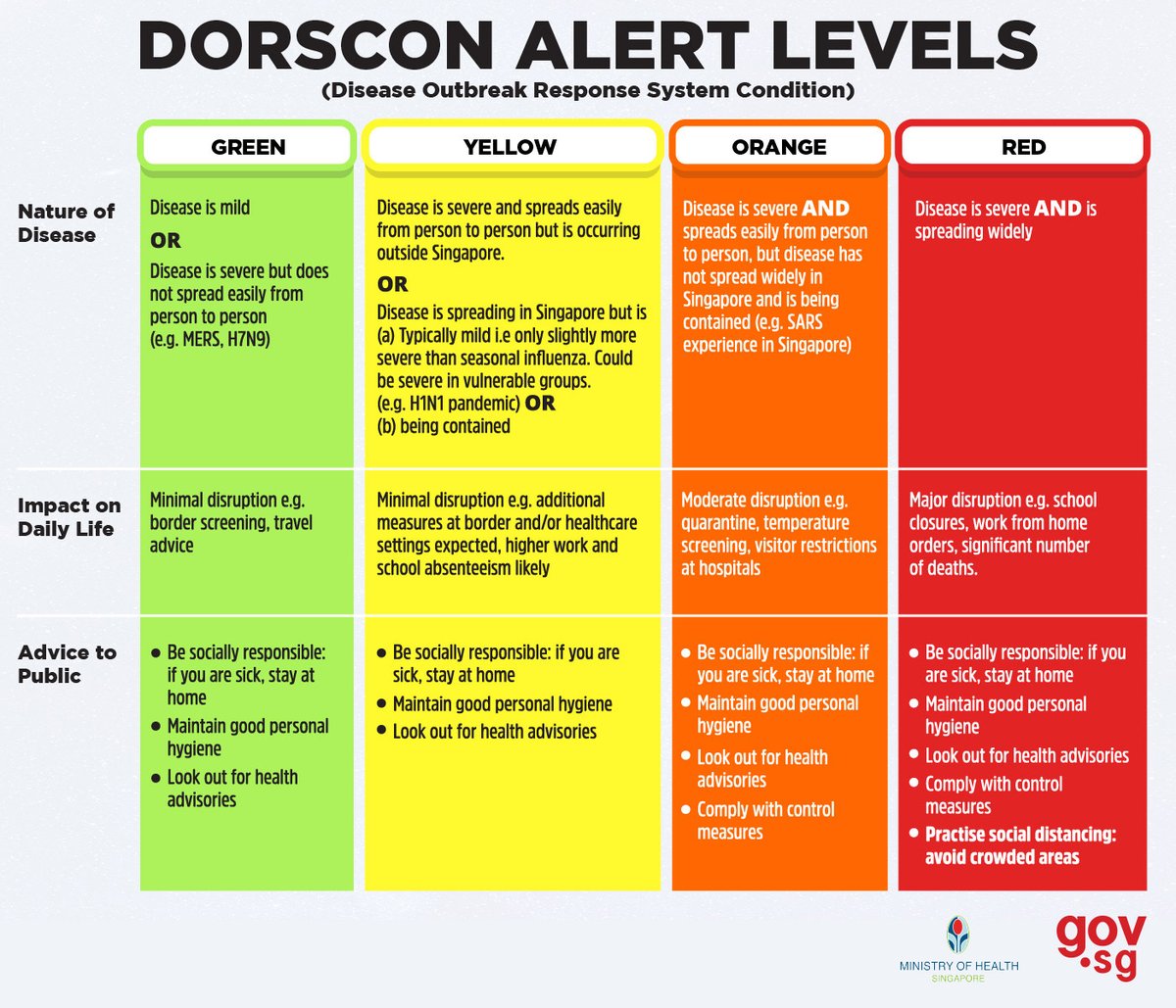 After the “circuit breaker” lockdown, there was no more talk of DORSCON and we went to this phased approach: https://t.co/uQom8illUf

Over a year after the end of the circuit breaker, we’re still phasing, which isn’t necessarily a problem…

…but then there came the “Heightened Alert” versions of phases? https://t.co/B6ADumlnxF and https://t.co/y2Ra1eLEdb

Every time there is something like this, there are new rules. It’s confusing for the average person, but a nightmare for businesses, especially F&B outlets who are constantly playing catch-up trying to adjust their staffing, stock, etc. to deal with whatever new rules are coming.

Members of Parliament have brought up the difficulties of this uncertainty: https://t.co/iwo0faH7XS https://t.co/Q24loJ90IP

In June, ministers sketched out this plan for #Singapore to treat #Covid19 as endemic: https://t.co/ra0BVDu59r

Their plans were predicated on high rates of vaccination, which we've achieved. 80% of Singapore's population is now fully vaccinated.

But things don’t look like we’re treating #Covid19 as endemic. Instead, the government has put a stop to workplace interactions: https://t.co/R8VMrjniXy

They’ve also aren’t ruling out a return to heightened alerts or even a circuit breaker: https://t.co/6GQOZHAUVH

This is because the number of #Covid19 cases have gone up, and the authorities are concerned about the rate of transmission. This might translate to more people ending up in ICU: https://t.co/FZO7rULTXK https://t.co/j8j3tKimRT 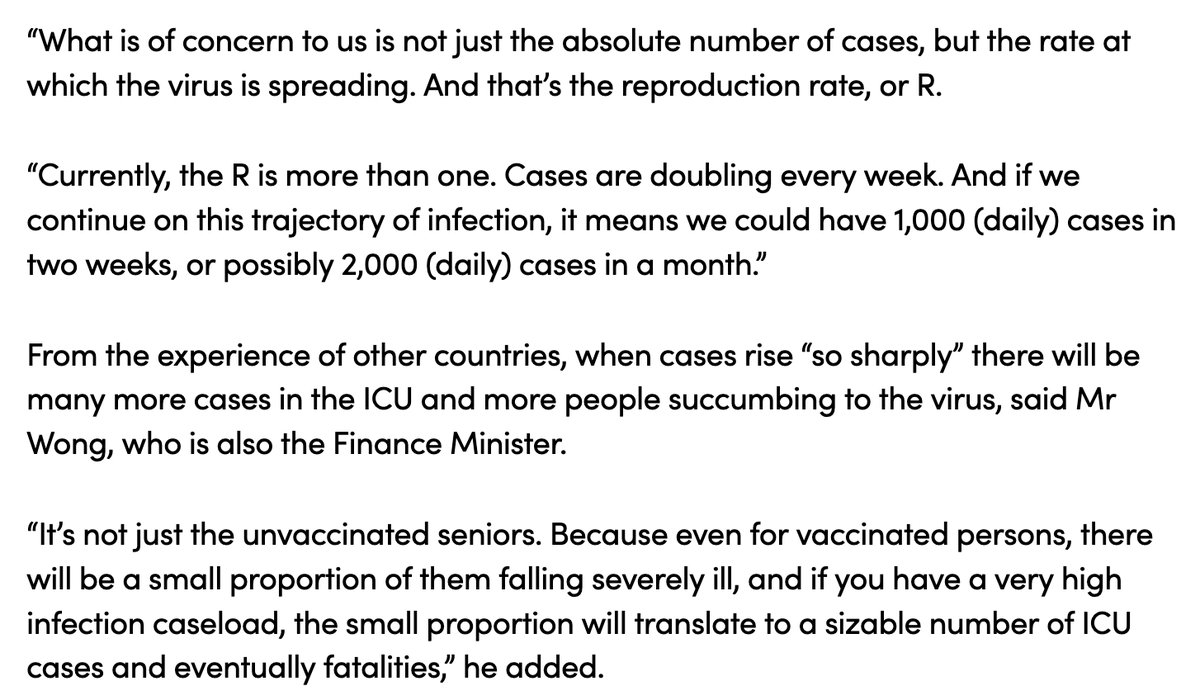 However, the government has earlier denied that the number of ICU beds is an obstacle to Singapore opening up. This is a letter written by a doctor in July calling for attention to ICU capacity: https://t.co/SWKoeaQGKL

MOH’s responded saying that vaccination, not ICU beds, are the key: https://t.co/zSpRbTtq1n

But we now have vaccinations, so…?

A lot of this also has to do with Delta being suuuuuuch a shit: https://t.co/hiYfwMffAA https://t.co/yTFldpxNGK

There’s also been talk from the government about possibly giving booster shots not just to the vulnerable and elderly, but also younger adults. Experts have questioned this, ‘cos the benefit of a booster for young adults isn’t clear at this stage: https://t.co/yblgh7w3Nz

I'm not an infectious diseases expert or an epidemiologist. I don't want to pretend that I know better than experts. I want to be a responsible citizen. But I don't know how much of what the govt is saying is based on sound expert advice, either. It's a lot and it's confusing. 😫