This is a good point.

When anti-vaxxers cite their freedoms, constitutional rights, and–the whitest thing of all–the Founding Fathers to rail against vaccine mandates, do they know what they're talking about?

What if I told you this happens EXACTLY every 100 years?

In 1706, the members of a Boston church gave the pastor Cotton Mather a gift bag with a very special present--an enslaved Black man named Onesimus.

( That's how they collected tithes and offerings, but times were very different back then)

Some of it was because Onesimus laughed his ass off when Mather tried to convince him that God was white. Mather said Onesimus was "wicked" because he was too smart. Plus, Onesimus tried to tell Mather something that was unbelievable.

In Africa, they had cured smallpox. https://t.co/qEVFJwcRne

Smallpox was a deadly, contagious disease. When it came to the US, they blamed the pandemic on immigrants who came here on ships. Then…

There's no way anyone living today would understand this part.

But he told his pharmacist friend about it, and they decided to try it. So Mather & his doctor friend inoculated 248 of their friends and family.

When white people heard this, they lost their minds. One Boston newspaper stayed impartial. But the publisher and his little brother secretly printed pamphlets that said the slaves were trying to kill the white people by injecting them with smallpox

It sparked the first anti-vaxxer movement. They even firebombed Mather's house with a note that said "I will inoculate you with this."

Only 6 of the 248 people inoculated by Onesimus' recipe died—or one in 40.

The next year, another smallpox epidemic hit. Less than 3% even caught it. It worked.

But that publisher's little brother, who was printing those anti-vaxx pamphlets, he was too embarrassed to get his kids vaccinated and his son died.

He regretted it so much that he moved to Philadelphia, opened America's first hospital.

I'm not saying this guy was more intelligent than you, but when you talk about your "freedoms" & what the Founders stood for, you should know that this guy was kinda like a Founding Father. His nickname was "The first American"

But most people just call him Ben Franklin

Ben was all for vaccine mandates, but a lot of people weren't. States banned vaccines, & people rioted in Virginia in 1769. One Virginian wasn't worried because he had already gone to Philadelphia to get vaccinated.
Ben even helped him edit this breakup letter he wrote. https://t.co/vnDqhF80ot

It was called the Declaration of Independence

In his 2nd term as president, he began mandating vaccines.

Literally 100 years after someone put a human being in the offering plate, Jefferson wrote a doctor concerning vaccines calling it the greatest discovery in medical history. https://t.co/RiX0p5EyKA 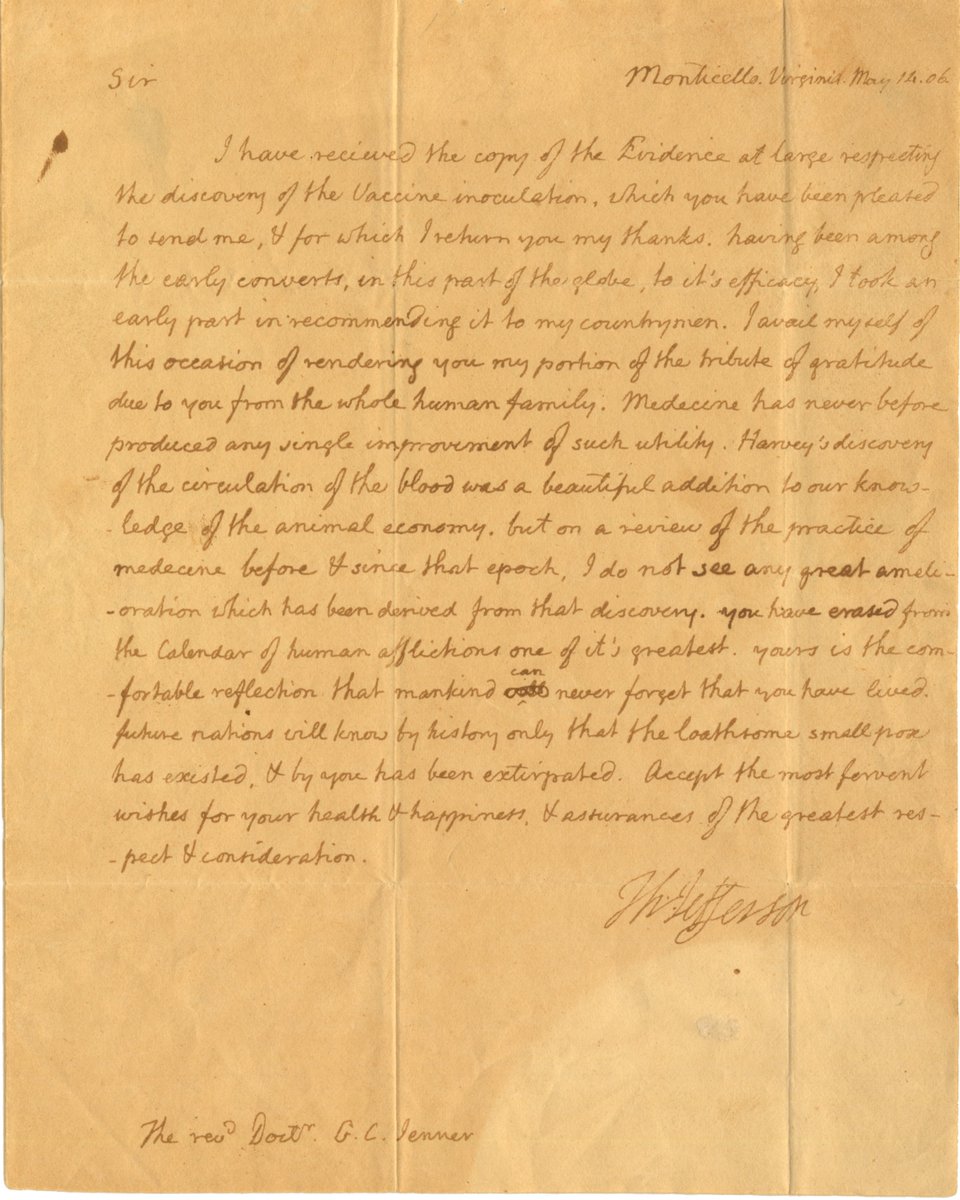 A few years later, Jefferson's homeboy created the National Vaccine Agency. If you believe in the Founders, you should know the guy who created the Agency was some dude named James Madison, who also wrote this thing called the Constitution of the United States of America.

In 1900, another smallpox epidemic broke out, The city closed all the schools and told everyone to get the vaccine or pay a fine. Another preacher, Hennig Jacobson, protested & refused to pay fines for the so-called vaccine mandate.

Again, this would NEVER happen today.

Newspapers called the so-called vaccine mandate the "greatest crime of the age" and said it was "worse than slavery." To be fair, it's possible that the people in this city didn't really know much about vaccines because it happened in *checks notes*...

So what did the Supreme Court, the highest court in the land, say about the "freedoms" and the Founding Fathers' intentions? https://t.co/T1J4qhVeY6 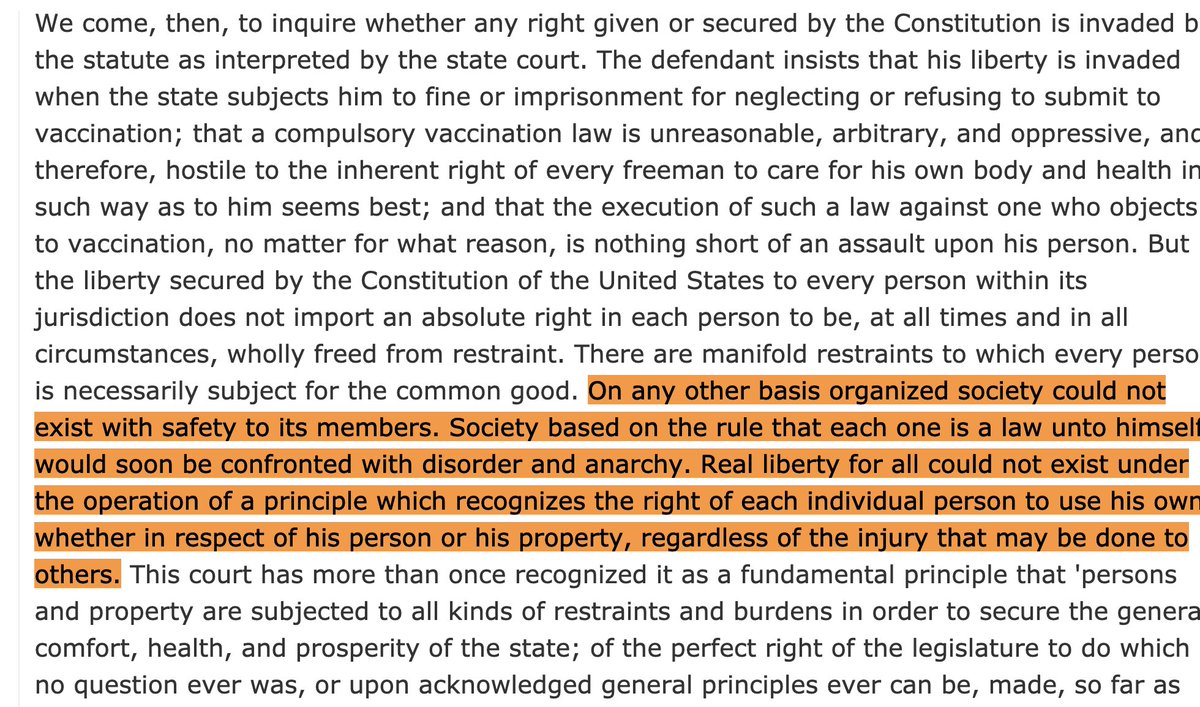 "It is within the police power of a State to enact a compulsory vaccination law."

Apparently, the highest court in the country doesn't seem to think that spreading a pandemic is a constitutional right.

In 1906, EXACTLY 200 Years after Onesimus arrived, Jacobson got the shot.

This brings us to the modern anti-vax movement.
I'm sure you've heard about this one. In 1998, a British medical journal published a study by Andrew Wakefield concluding that the Measles/Mumps/Rubella vaccine caused autism.

After it made headlines around the world, parents around the globe refused the MMR vaccine. The story just kind of went away, which is why many people still believe that vaccines cause autism

But that's not what really happened.

See, that study never actually said that vaccines cause autism. But, just like in 1706 and 1806 and 1906, newspapers didn't really understand science, so they just wrote what they heard Wakefield say. But the other doctors in the study said, "Ummm… that's not what we found."

Then investigators discovered the whole thing was a hoax. A rival vaccine company & lawyers hoping to file a civil suit paid him millions to falsify the research. Some of the kids didn't even have autism! https://t.co/H2OnZHccqt 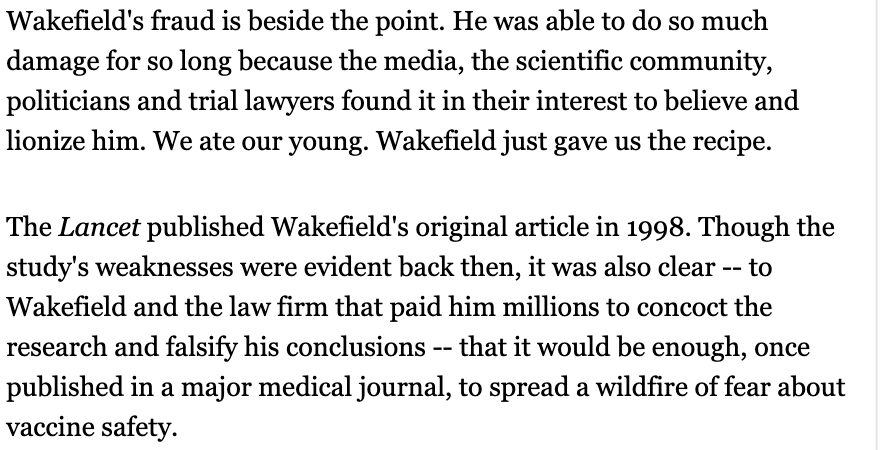 But the biggest news outlets never reported this. VERY FEW reported that THEY had misreported the initial research

Because of the Wakefield hoax, measles children around the world died.

BECAUSE WE HAVE A VACCINE MANDATE! https://t.co/3AmCR389fx 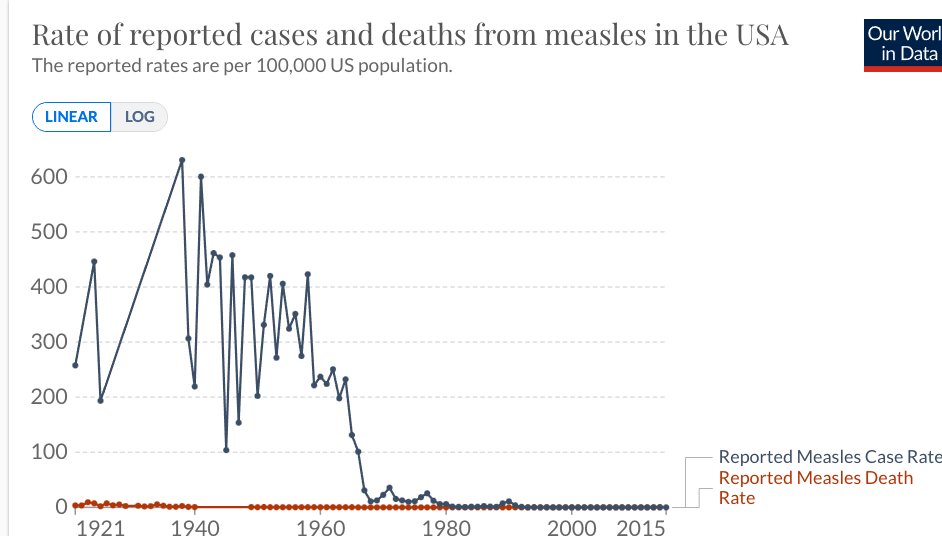 When did we discover out lawyers, medical companies and individuals had paid $19 million for Wakefield to create this hoax?

Exactly four hundred years after a Boston Church gave away the worst gift bag ever. https://t.co/aJ9UTuJGF6

So no, the Founders would not have turned over in their graves. But, to be fair, you gotta admit...

The anti-vaxxer movement and white people dying science because of their "freedoms" is a time-honored American tradition.

One last bit of proof:

During the Revolutionary War, smallpox ravaged British and American troops. So George Washington came up with an idea on how he could gain an advantage. 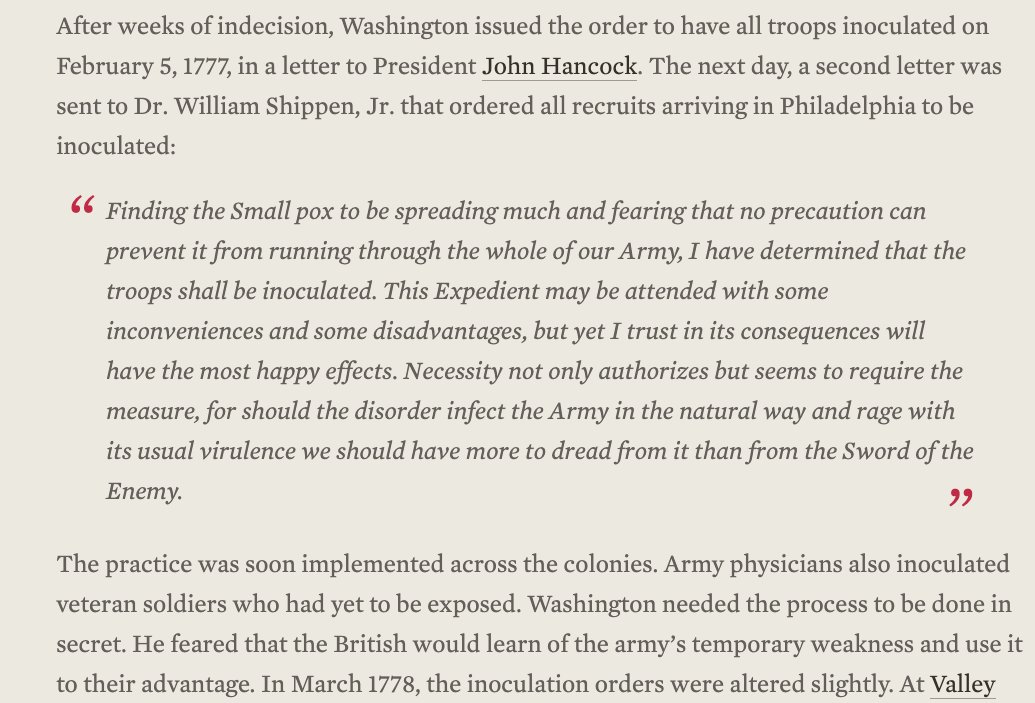