While pro-Trump mobs were attacking the Capitol, Republican lawmakers attacked the health of their colleagues by refusing to wear masks while they sheltered in place for hours in a confined space. https://t.co/y019l3kLbg 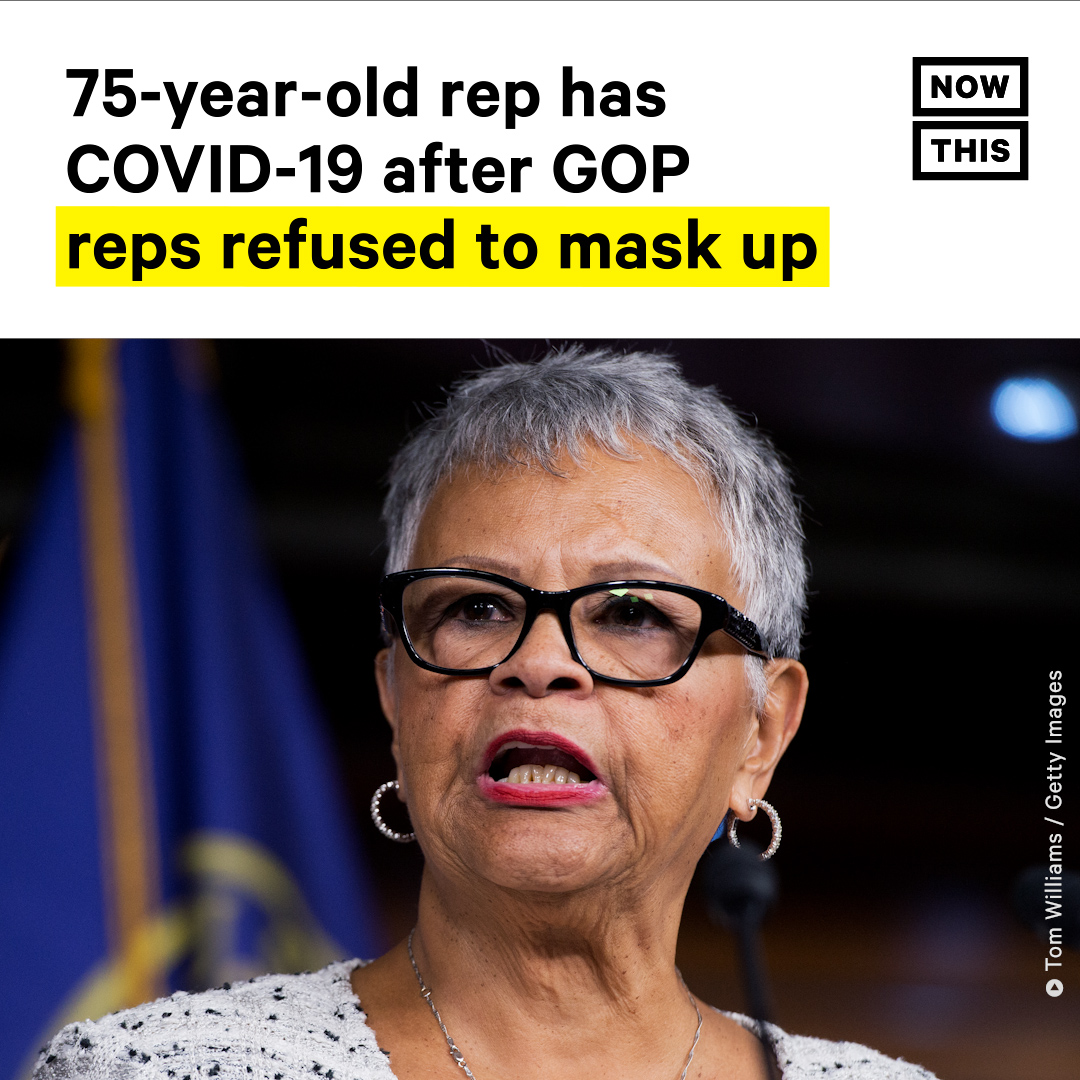 One Democrat told MSNBC, 'There's a severe covid outbreak coming among members. At the secure location yesterday at least 50 GOP members refused to wear masks. They were asked repeatedly. Older Dem members pleaded. And they wouldn't do it.'

Days later, Rep. Bonnie Watson Coleman (D-NJ) has tested positive for coronavirus. The 75-year-old cancer survivor believes she became infected as a result of being confined in a close space with Republican anti-maskers.

‘Following the events of Wednesday, including sheltering with several colleagues who refused to wear masks, I decided to take a Covid test. I have tested positive,’ Watson Coleman tweeted earlier today.

‘I am home resting at this time,’ her tweet continued. ‘While I am experiencing mild, cold-like symptoms, I remain in good spirits and will continue to work on behalf of my constituents.’

Over the weekend, the Capitol’s attending physician, Dr. Brian P. Monahan, sent a memo out to House members and their offices.

Rep. Pramila Jayapal (D-WA) told New York Magazine on Friday that she believes ‘there were over 100 people and many were Republicans not wearing masks’ in the secure location, calling it a ‘super-spreader’ event.

Multiple other representatives who were sheltering together have canceled upcoming public events and gone into isolation, as well.

In a viral video, QAnon conspiracy theorist Rep. Majorie Taylor Greene is among the GOP anti-maskers who can be seen appearing to mock and deride Democrats imploring them not to jeopardize everyone else's lives.