Police departments across the country are investigating if any off-duty cops from their ranks took part in the domestic terrorist attack on the U.S. Capitol last week. https://t.co/5YcofahoUN 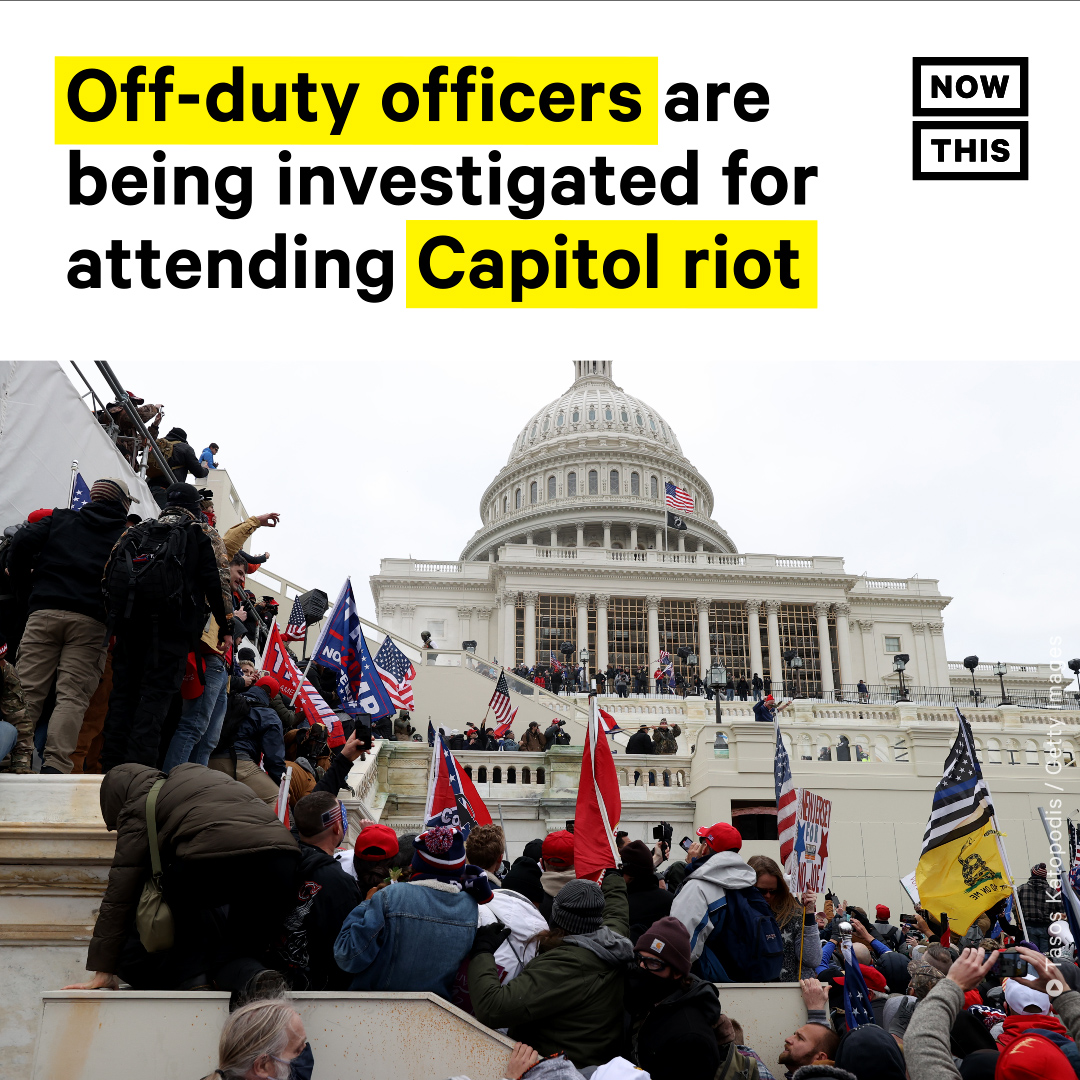 Officers in Washington state & Virginia have been placed on leave, a police chief in New Hampshire is being called on to resign, and police departments in California, Texas, & Pennsylvania are pursuing their own internal investigations in response to tips and social media posts.

Fire departments in New York state and Florida have also reported to the FBI that some of their members were allegedly present at the Capitol on Wednesday.

Most police departments do not allow officers to participate in political events or rallies while in uniform. However Houston Police Chief Art Acevedo, who heads the Major Cities Chiefs Police Association, says violent behavior, even outside of uniform, could lead to termination.

‘If you’re openly liking and supporting comments [conveying] support for people who had nooses, or were screaming about finding the vice president of the United States and harming him, and who were caught with Molotov cocktails — you’ll likely receive severe sanctions,’ he said.

At least 5 people were killed, including a Capitol Hill police officer, when pro-Trump rioters violently broke into the Capitol. The FBI is enlisting the public’s help across the district in identifying some of the domestic terrorists and gathering information about the attack.

Dozens have already been arrested — though this is only a small fraction compared to the number of peaceful protesters arrested while calling for racial justice over the past summer.