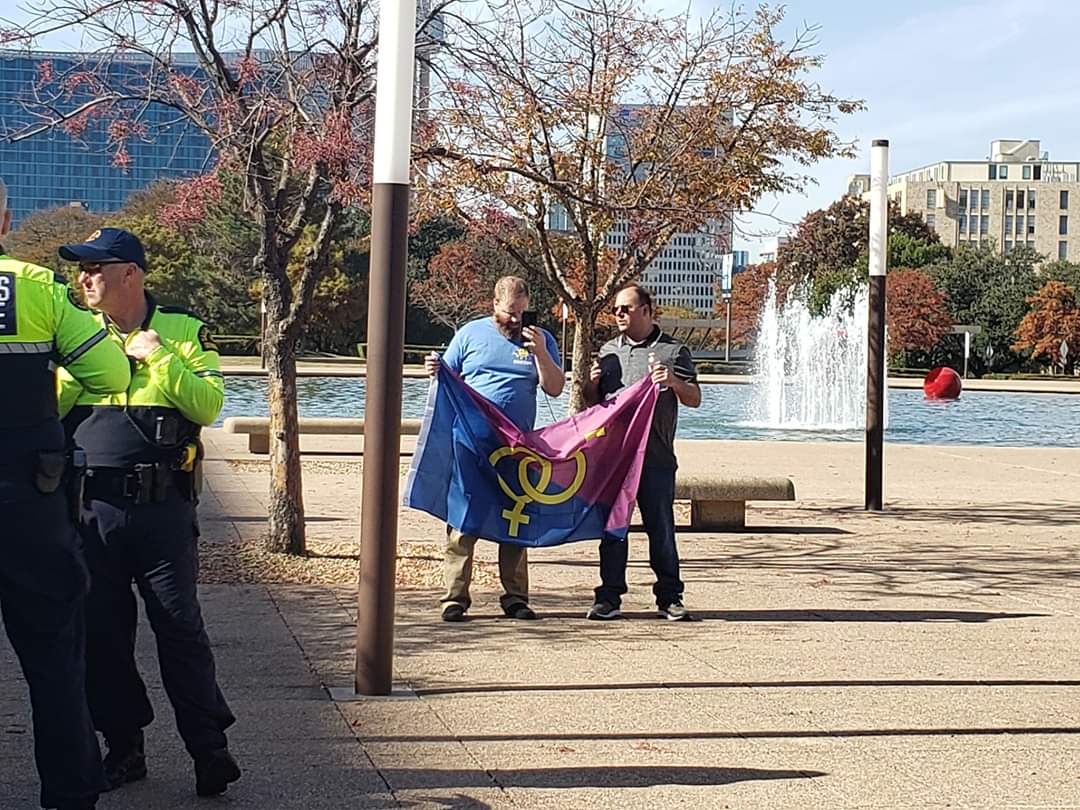 This was the event organized by the alt-right hate org Super Happy Fun America and an anti-LGBT group called "Protecting Our Next Generations" which shares ridiculous, hysterical lies to promote its agenda.

SHFA is claiming oppression and "bully tactics" from the "Democrat-controlled" Dallas city government for "gouging" them with fees to host their event on City Hall plaza and are threatening to sue - (cont.)

- even though the fees are totally legal and required of ANY group wanting to host an event at the Dallas City Hall plaza. At today's event, the SHFA rep was surprised to learn that a trans rally was cancelled recently because they couldn't afford the fees either.

SFHA had told the city there would be 2k people at their parade, necessitating street closures and major security, hence the fees. No one was denying them the right to speak and gather - nor us the right to protest.

The 2 SHFA organizers were hilariously outnumbered by pro-LGBT & anti-fascist protestors - and about a dozen police. Much later, they were joined by a member of the Dallas Proud Boys and a woman named Princess Vanna who claims she converted from lesbianism after finding God 🤣🙄

That's it - that was their "parade." "Princess Vanna" claims she "rebuked" them because she didn't know what the event was really about and as a "Christian" she doesn't like "pride." She spent an hour proselytizing while the SHFA chumps livestreamed their non-event.

Here's my livestream of the event

One of the straight Pride people yelled insults at the transgender attendees saying, “We know there are only two genders.” He also said, “I’m part of the oppressed majority.”