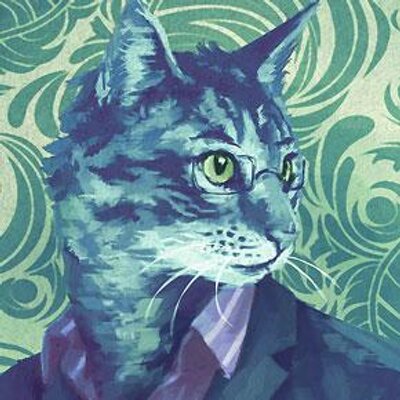 Let's talk a bit about @Displate and its particularly dishonest policy. Like many other artists, it has been months since I noticed the theft of my illustrations on this site.
/1 https://t.co/rssiTrtKb2 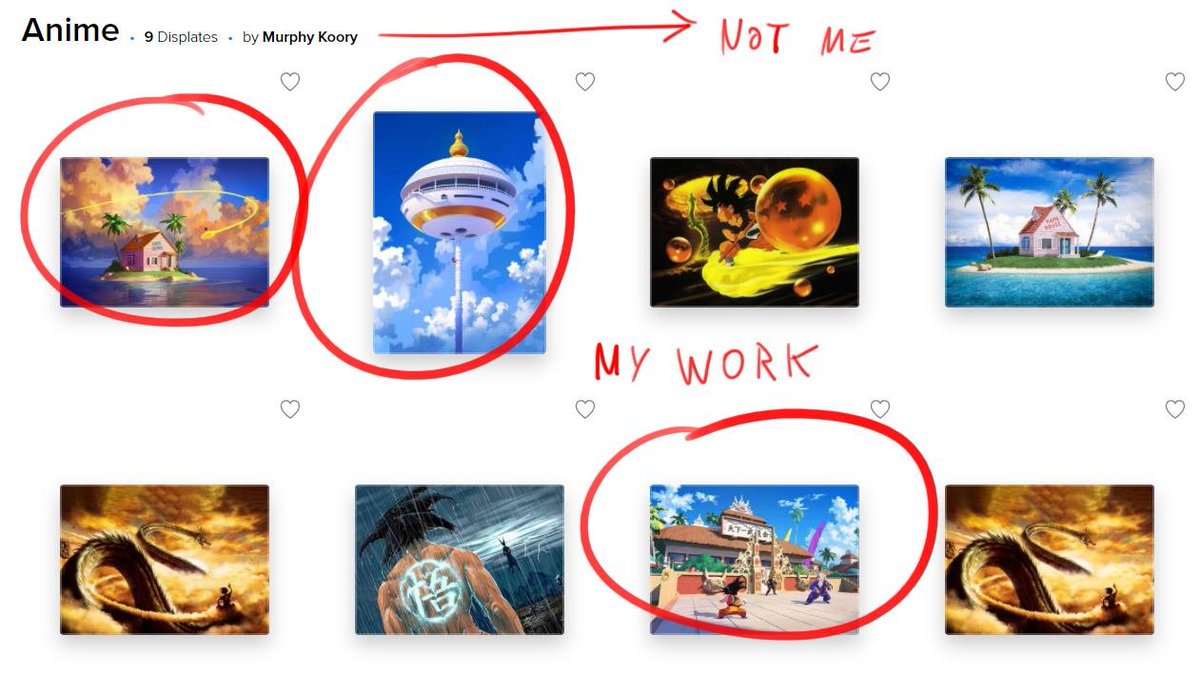 After spending hours trying to report thefts with clear evidence, a new level has been reached. For its facebook ads, #Displate highlights an artist who seems very "inspired by my work": https://t.co/eAQwi5tZCz 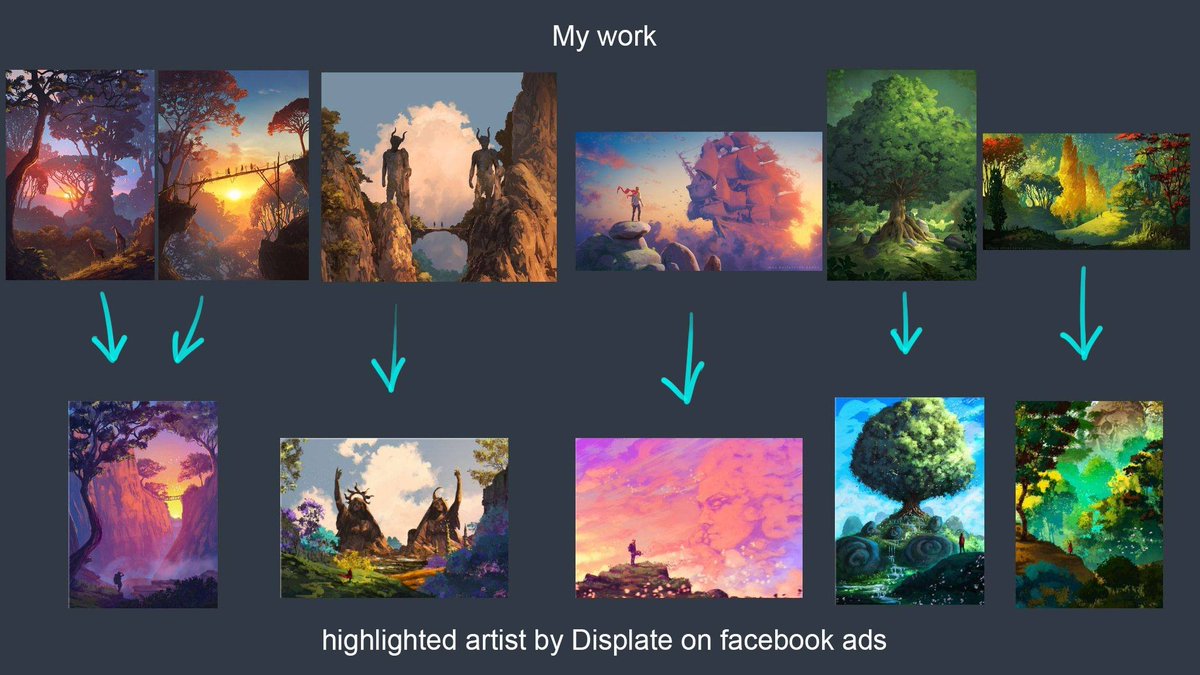 I'm not going to comment on the topic between inspiration and plagiarism, that's not the topic. But Displate probably targeted my profile as an advertising keyword because I get messages every day from my friends and my community to ask if these are my drawings. https://t.co/Yc70pxSQTE

For me this is too much abuse after months of trying to find common ground with them. They told me that if I didn't want to suffer more image theft on their site I just had to open a store on #Displate.

Supposedly their algorithm is able to detect the images already present. And that's where we get into copyright madness. Most of my images are refused or deleted without explanation because thieves were on Displate before me. https://t.co/IP75jwy1gN 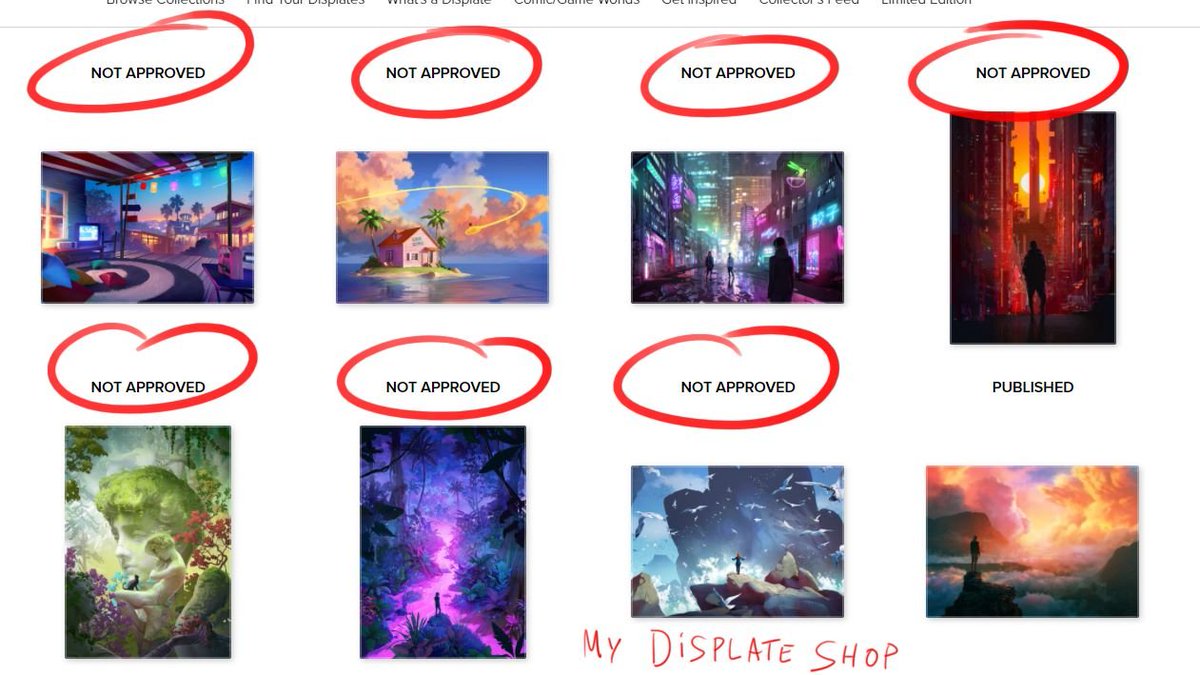 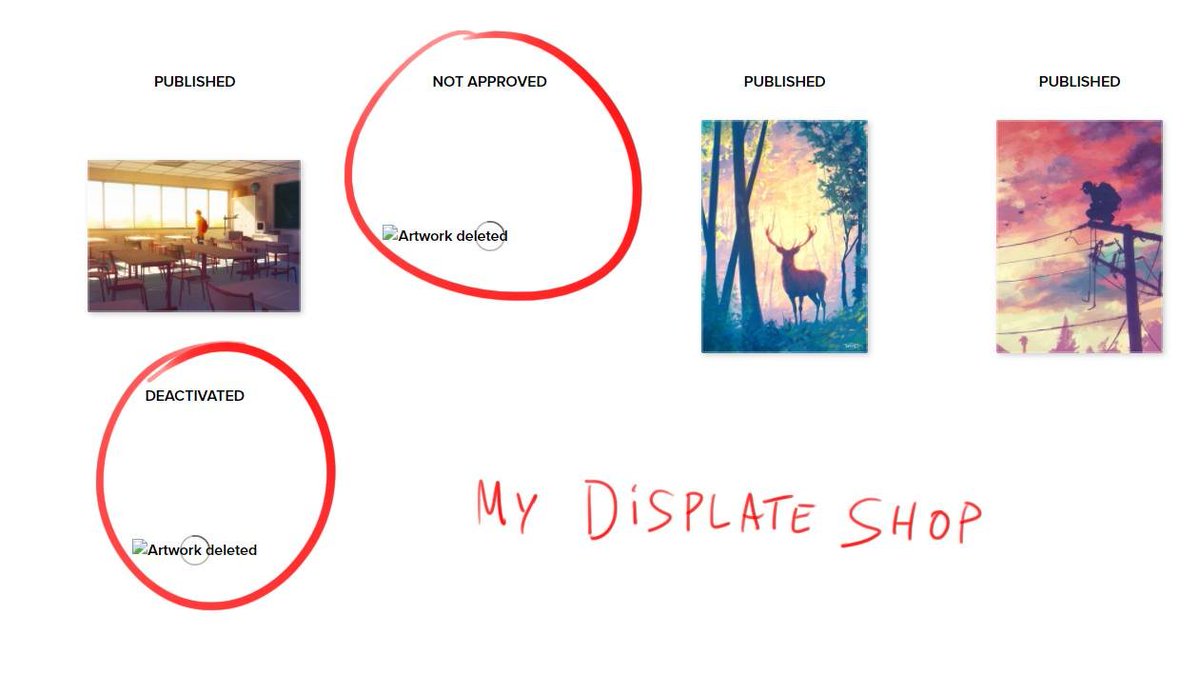 However, my Dragon Ball fanart is uploaded to @Displate every month by different users. Sometimes they change the colors, put it upside down, ect... 50% messages that I receive from my followers is to report a theft. https://t.co/ueTUunHmxf 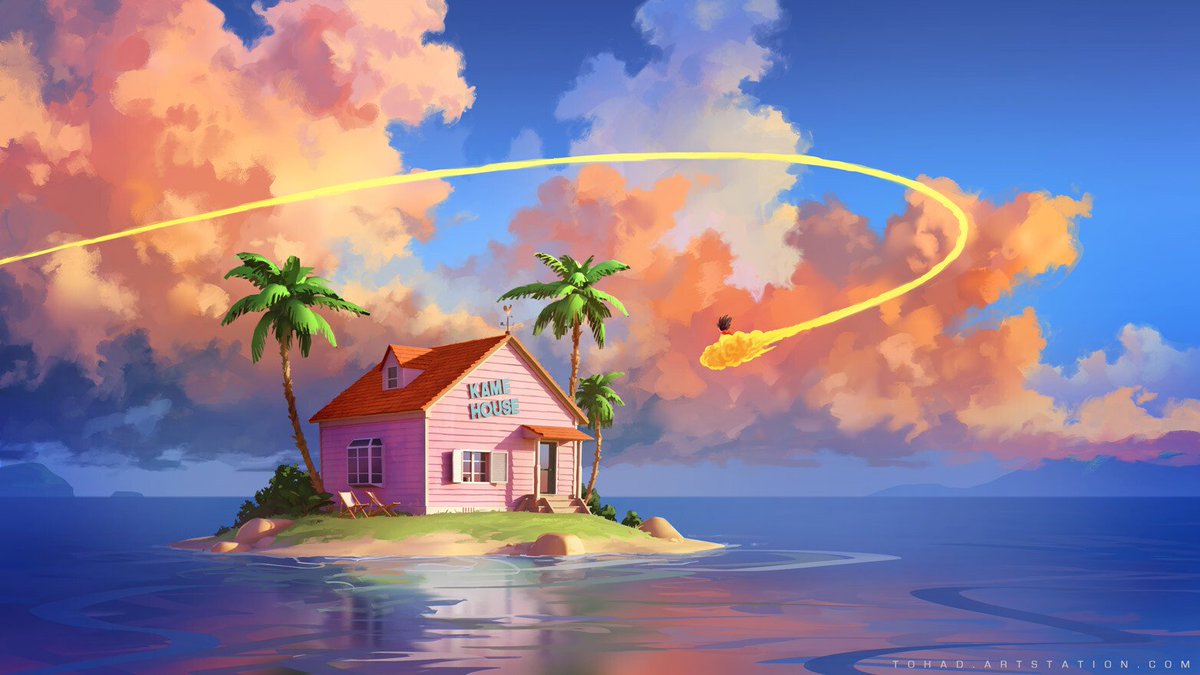 For the stolen artworks, it's a pain to succeed in having them removed. You have to report the images one by one with forms. Users who steal the images are not banned, they can continue to upload other stolen artwork. https://t.co/K7EtBWjoMC 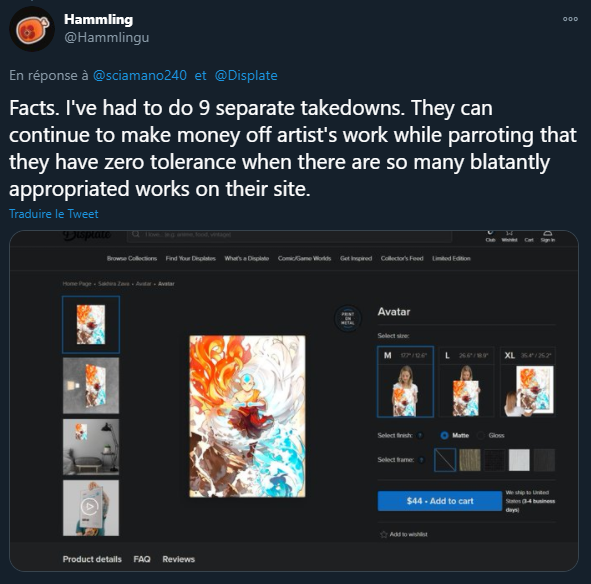 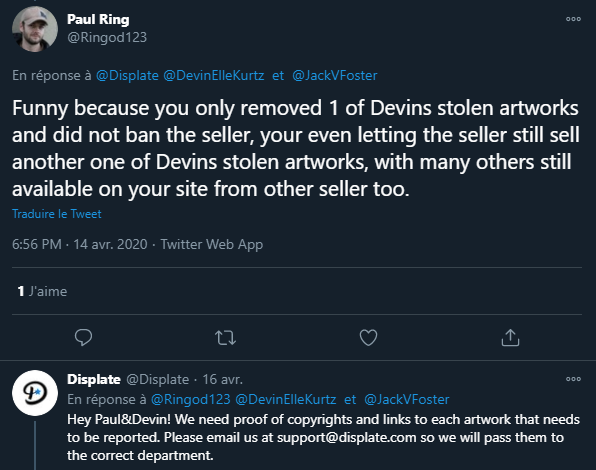 For each of my complaints, I have never had the slightest compensation or explanation. I would like to point out that I am not the only one, many artists are being looted. It has become a classic, if your image has an audience, it will be plagiarized on Displate. https://t.co/TFAl6w8gVH 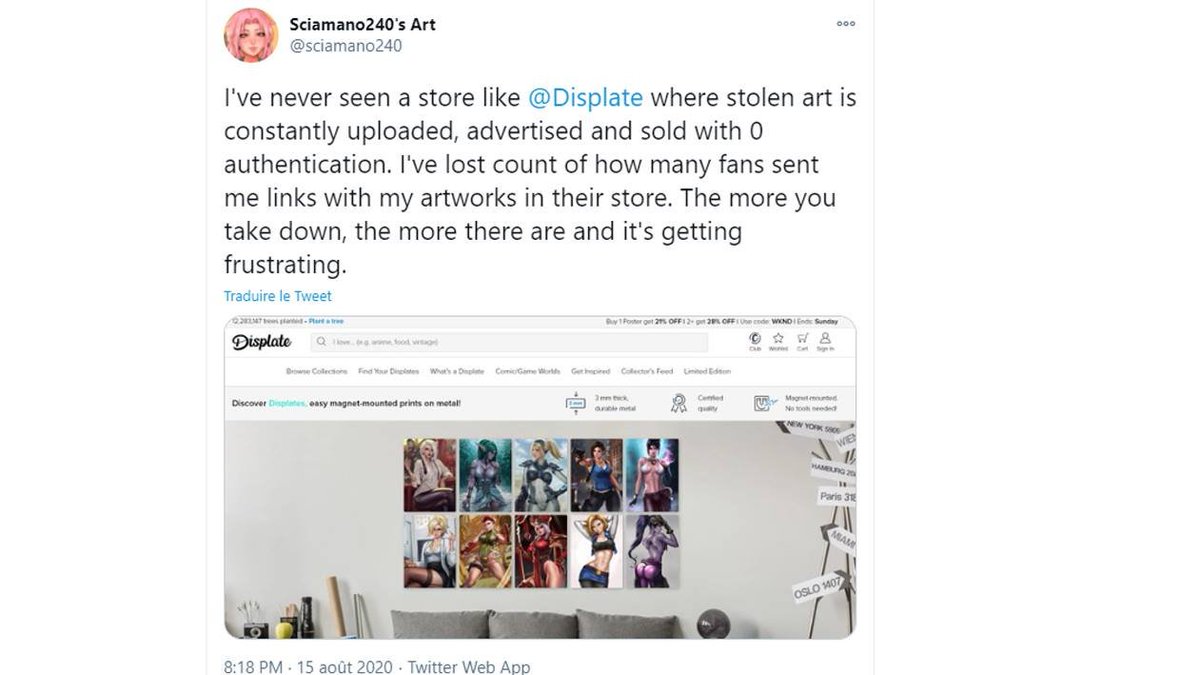 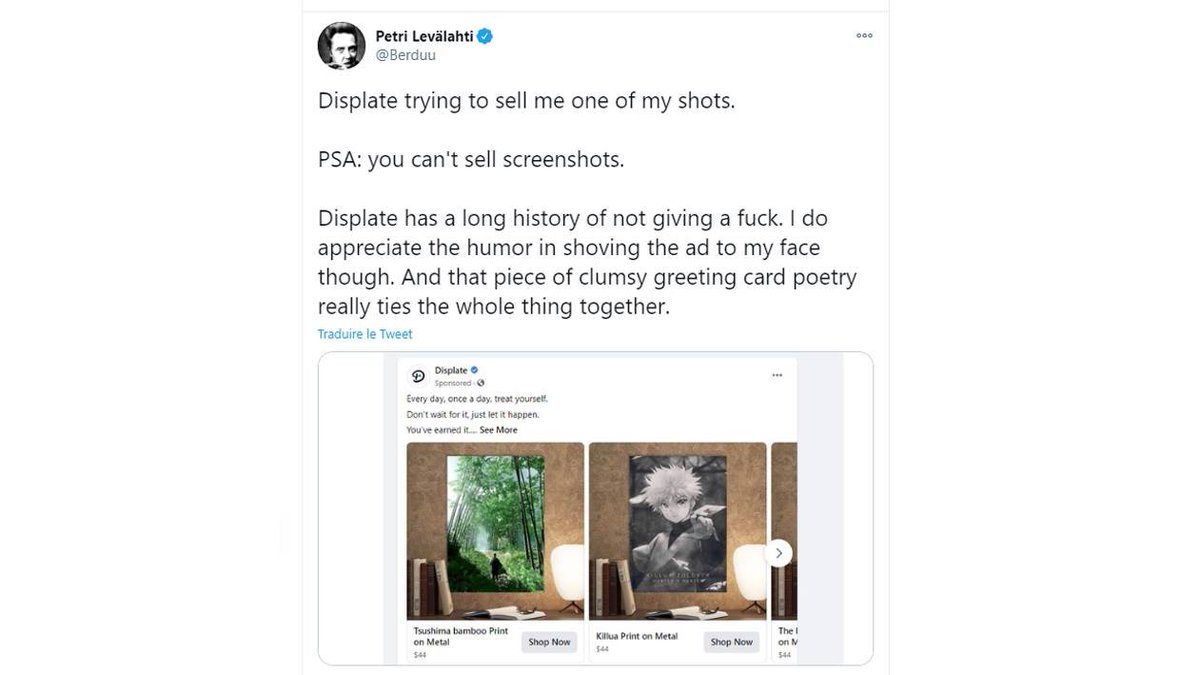 If artists suffer from Displate's dishonesty, it's same for clients. Stolen images are enlargements of the web version. The resolution will be much too low to make it a quality work.
https://t.co/dRvyTx20o1

Ho and the price percentage earned by a #displate "artist" is 9% while influencers and YouTubers with affiliate links can earn 40%. We can see the meaning of Displate's priorities. https://t.co/9IfNHN3A65 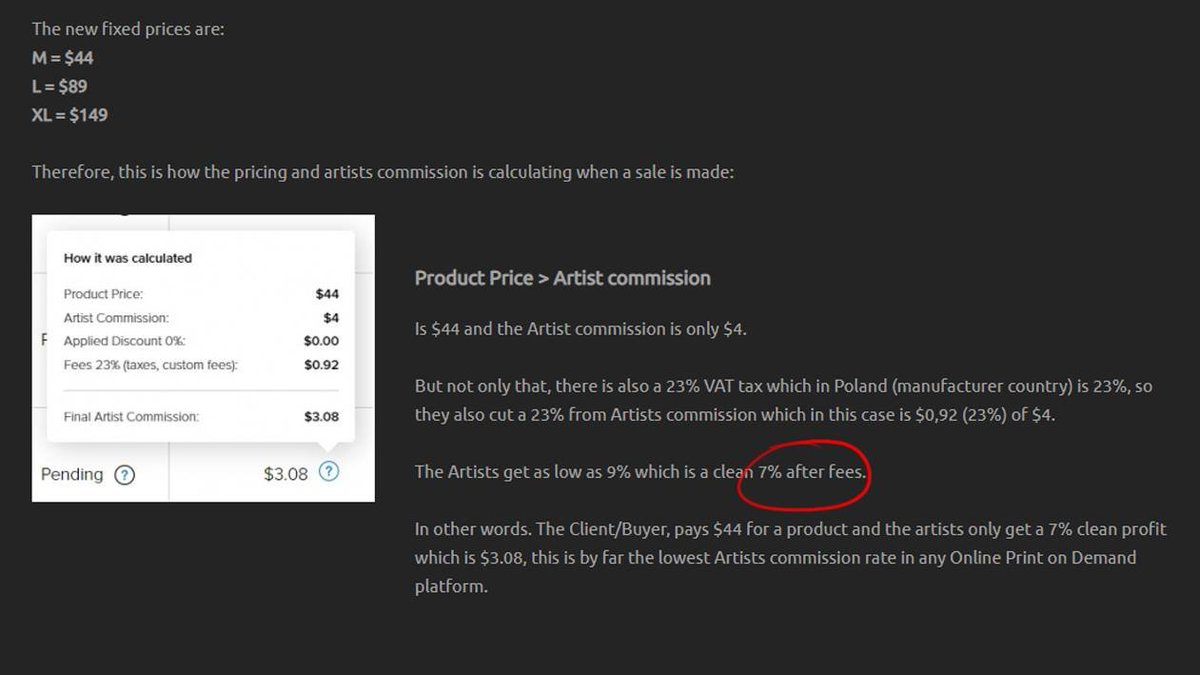 I know many artists don't have my audience. If you have been the victim of images theft on Displate, I would be grateful if you could reply to this tweet, it will be useful to show the reality of this website https://t.co/x1KVkY4NKY

Whether you are an artist or a client, @Displate is a trash website that doesn't care about any notion of art and quality. I also advise against @redbubble which does not seem to have too many qualms on the same subject.

If you are an illustrator and you have your online store or on a trustworthy platform. I invite you to respond under this tweet to share the link accompanied by your illustrations in order to end on a colorful note and a real respect for the artists. 🎨❤️

I would like to thank all of the vigilant people who regularly report Displate's abuse of my images. I wish courage to those who are in the same situation as me. Thank you for your attention to the subject! 🙌

Thanks to @Irisvel_ for her french thread which motivated me to share my troubles with Displate. She sums up the situation much better than I do if you want to know the extent of the Displate problem : https://t.co/UTQ1BhG4AQ

Last week, I have received many calls from different people regarding the Displate case. While waiting to get the answers I expect from my interlocutors, the French media @arretsurimages wrote an article on the subject: https://t.co/K9JlpzSmda

Just an important point: the author of the images compared with my work call me last week. He admitted going way too far in inspiration and apologized. He told me that it was old images he had put on Displate... so they wouldn't be stolen by Displate users.

I have nothing against him, and I am honored to inspire other peers. That's why I didn't mention it and I don't try to talk about it more. He has chosen to remain publicly silent on the subject for reasons that I cannot discuss.

Anyway, that's not the subject.
The subject is Displate, their curious Facebook ads and the many messages I receive from people asking me if these are my illustrations.
I wanted to be clear on this point, this isn't an argument for debate : it's not my illustrations.