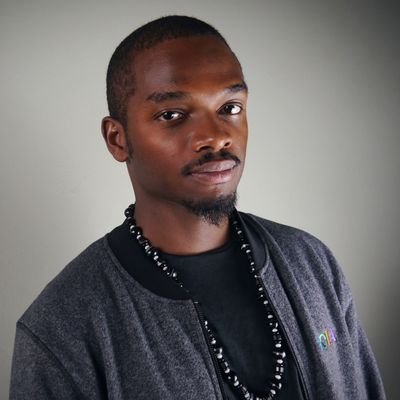 TRAVELER BEWARE! Have you ever had a rental car company steal their car back from you? Well this just happened to me. I’m not usually one to take to Twitter in this way. I’m barely ever here. But I feel this is my only option short of taking legal action. So here goes

Last Friday, I flew to NJ for the weekend to visit friends and family. I rented a white 2020 Toyota Camry from the Newark Liberty International Airport branch of @Avis. All was going well until my rental disappeared from right outside my childhood home on Saturday night.

I was getting ready to drive out and meet some friends around 10:30PM when I noticed the car was no longer where I left it. On the quiet, safe, suburban, and free parking street in Teaneck, NJ that I literally grew up on. Freaked out, I called the local police.

The police confirmed that there was no impound order on the car, so it couldn’t have been towed. That left me with the thought that it could have been stolen. Even though I still had the keys? And it wasn’t a keyless start vehicle? And car theft has never been a problem here?

The police suggested I call @Avis to see if they could GPS track the car. After waiting on hold with their emergency assistance line for over an hour, I was told by a representative that they couldn’t track it and was instructed to file a stolen vehicle report with the police.

I called the police back to file a report. They sent an officer to my home who wrote it up. I told him where I’d been all day with the car and that the last time I’d seen it, it was legally parked right outside my home. It was 2:30AM and I had a flight back to Boston at 9AM.

After about 4 hours of sleep, I woke up and took a $50 lyft to the Newark @Avis branch. I told the front desk everything that transpired: the car was missing despite me having the keys, the police confirmed it wasn’t towed, the call with emergency assistance, the police report.

The @Avis rep told me that because I hadn’t returned the car I would continue to be charged for it and would be liable if it wasn’t returned. She said the car could maybe be tracked and gave me someone’s business card to follow up with. I gave back the keys. Got on my flight. https://t.co/rjlPRbnokn

After I got back to Boston, I called my aunt who lives on the same street where the car went missing about what happened. I was concerned about the potential for crime happening around her and other relatives. I also had my EZPASS transponder that was in the rental disconnected.

That was when I got the idea to check the EZPASS activity on that transponder. Like if it had been stolen and the transponder wasn’t removed, then it would have pinged whenever going through a toll and I could sort of track what highways and exits the car went through.

And this was the first real clue that something was fishy about this. Looking at the recent activity, the transponder entered the NJ turnpike at 10:30PM at exit 18W (closest exit to my home) and exited at exit 14 for Newark Airport 11 minutes later... https://t.co/y6dMkLYGiT

Strange…so right around the time I noticed the car was missing, it was on its way to the same area where I picked it up. What a coincidence that a thief would take it there…By itself, this wasn’t much…but then I got a call from my aunt about what her home security picked up.

My aunt has a home security system that’s constantly recording the area from her front door to the street. She zeroed in on the time window when the car must have been taken. Low and behold, a large red tow truck drives straight to where the car was parked….and stops. https://t.co/SVOlKk8ObY

The tow truck spent 12 minutes loading the car and then left with it, rejecting the theory it’d been stolen. But remember, the police hadn’t ordered it to be impounded. Also I hadn’t given out my NJ address to anyone, not even @Avis. My driver’s license address is in Boston.

The only way that truck could have found where the car was parked is if it had the ability to track it. I called @Avis immediately about this. But all I got in return was an acknowledgment that this discovery was strange and that they still couldn’t track the car themselves.

The @Avis app on my phone suddenly showed the vehicle was “returned” at 11:59AM on Sunday, 4 hours after I returned to the Newark branch by lyft and 90 minutes after I'd already landed in Boston. Well geez, who could have returned it??? By now, it should be clear what happened. https://t.co/RtFKcKmdVs 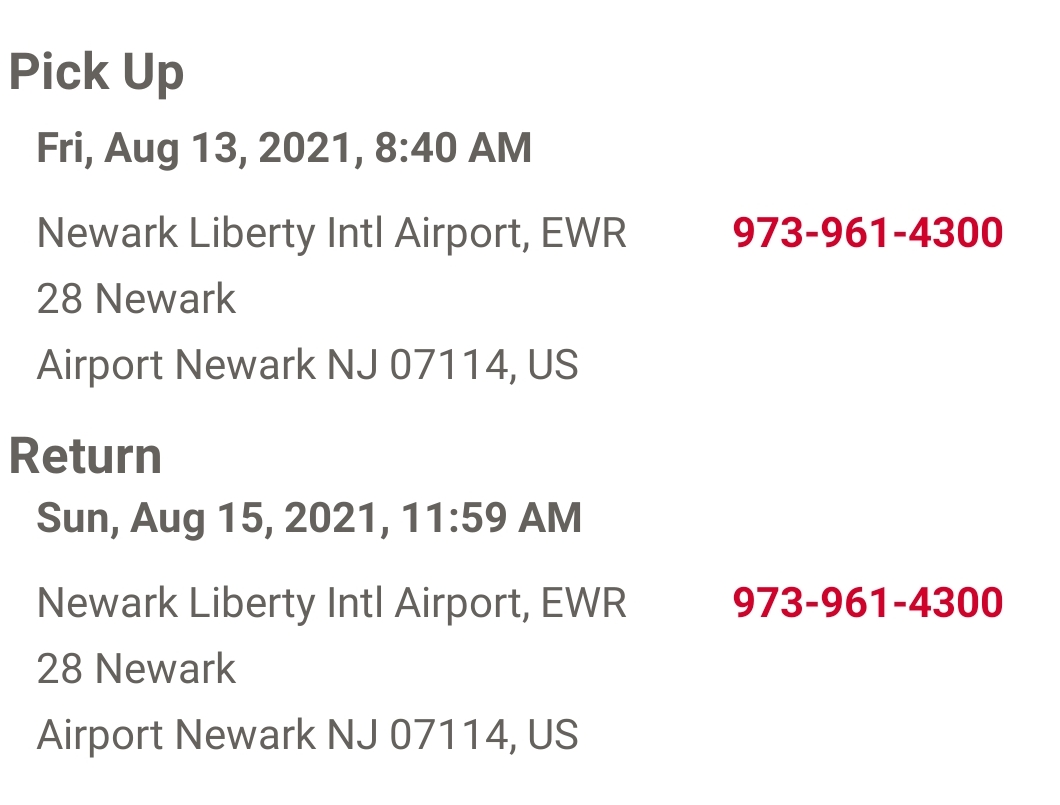 For some ungiven reason, @Avis sent a tow truck to repossess the vehicle and return it to their lot. I had no tickets or infractions while using the vehicle prior. And up until I figured this out, their representatives seemed to have no idea this even happened.

So now I’m really blowing up @Avis' lines. Remember the business card I was given for someone at the branch to follow up with? Out of service. Another local number I was given: no pick-up and doesn’t take VMs. Customer service reps refusing to connect me directly with the branch. https://t.co/vUzpYb652G

I’ve made tons of calls, wasting hours trying to connect directly with the Newark branch. I’ve been given misleading information on how to reach it and even been hung up on by customer service reps. The local number doesn’t even directly connect to any employees or managers there https://t.co/CItMeg1Tmz 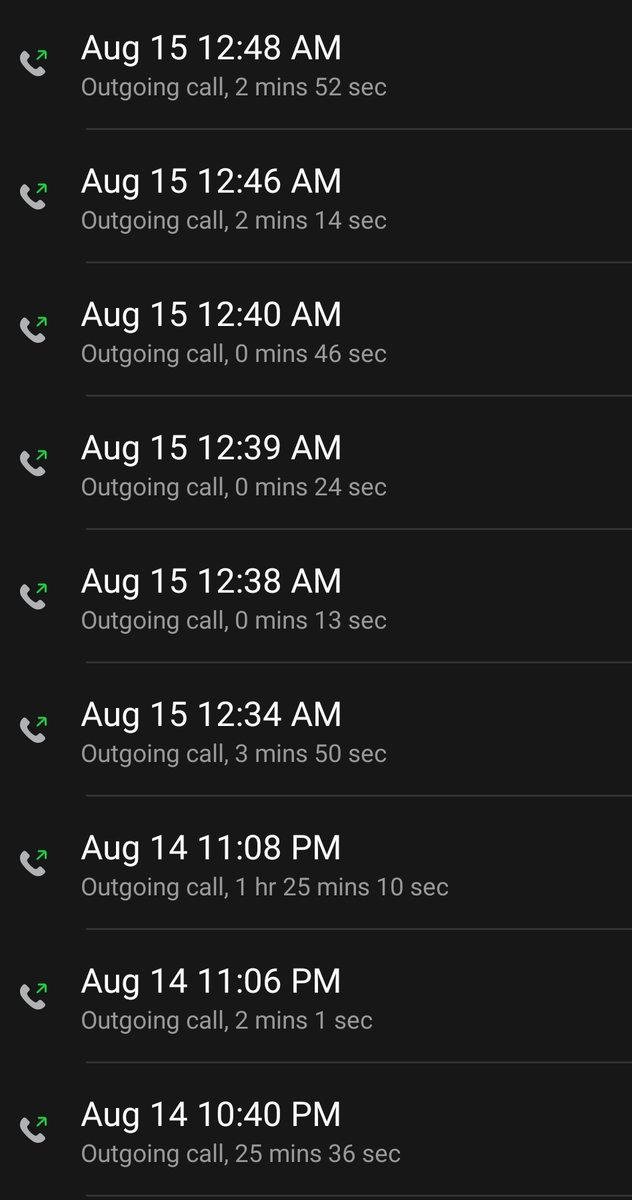 And to add insult to injury, @Avis has proceeded to bill me as if I returned the car AND they’re charging me late fees! All without any acknowledgement that they repossessed the vehicle and that I’ve been trying to reach out to them for days.

If you’ve read this far, it means you care. I appreciate you for taking the time. Please retweet this thread to get @Avis attention and to warn people traveling that this can happen to them.

For all the trouble I’ve been caused: losing my rental, filing a police report, worrying my neighborhood, being told I was liable for a $20K+ car, hours wasted trying to reach @Avis, and being charged full price + late fees. I just want @Avis to do the right thing.

OMG the outpouring of care, concern, and solidarity is AMAZING! I appreciate you all! Because of your voices, Avis has responded! I just got a call informing me that Avis will refund the full charges including the undeserved late fees.

Avis is also escalating and investigating this matter. Now while my charges are rightfully being refunded, the overall ordeal has yet to be redressed! And I will not let up. Being made whole will require a lot more than just a refund!!!

Thank you @USATODAY @northjersey for sharing my story. Travelers everywhere need to think carefully about what businesses they'll put their trust and safety in.
https://t.co/l7U0QX2xNO

The @TeaneckPD has finally assigned a detective to my report so I've given Det. Florio my entire account. @Avis repo'd my rental, told me I was liable for its disappearance, dodged and charged me even after I proved they did it, admitted responsibility only when this went viral.

I've asked him to reorient this investigation to whether unlawful activities or operations were performed by any agents of the company and additional collaborators, and whether there might be additional victims.

I know you've been waiting for updates. So am I. I and every reporter I've spoken with that's reached out to @Avis has been told they're investigating...

UPDATE: Avis reached out to me again yesterday to give me the results of their investigation. In their words "there was an incorrect tow triggered by an administrative error." Make of that what you will.

I received an apology but no explanation for why customer service had been so dodgy and unable to track the already repo'd vehicle. Avis is reimbursing my additional costs, returning my personal items, and ironically...offering me a future credit.

While this doesn't feel like it makes up for all the stress I endured last week, the invasion of privacy in tracking my location, being made to feel at blame for this, and the constant misdirection by their employees, it's unlikely to go much further.

I'm ready to move on and have a normal, uneventful life again. While it took all your voices to get this much addressed, nothing might have been addressed without your voices. You hit them where they care most: their brand and reputation.

Your stories were amplified along with mine. Because of this, future customers are likely to be treated better and rental car companies see why they need to crack down on bad operations. You caused that.

For anyone who followed me during this crazy ordeal, you've reignited my desire to get back into Twitter. Please stick around to get to know the real me. The last thing I want to be known to you as is the "Avis Guy" 😂🙅🏿‍♂️