Next prediction whilst I’m on a bit of a roll: if Gab becomes the platform the existing violent content on Parler migrates to (and arguably there’s a lot of that there already), the odds of it remaining easily accessible to the masses will be short https://t.co/dPY8PDQGJV

Just signed up to Gab to take a look around, took several minutes for each page to load during registration so looks like they're getting absolutely hammered right now

And they're down. Also just realised they're behind Cloudflare who've previously terminated services such as Daily Stormer and 8chan. Life gets real hard when that protection is removed regardless of how much of the origin services you have complete control over. https://t.co/mlB4lqZsTl 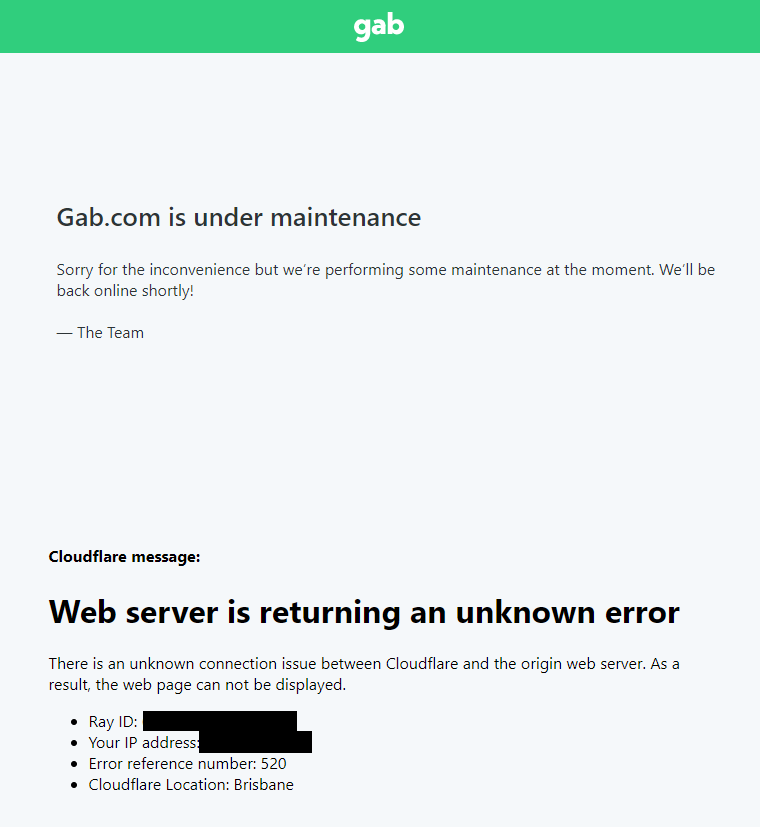 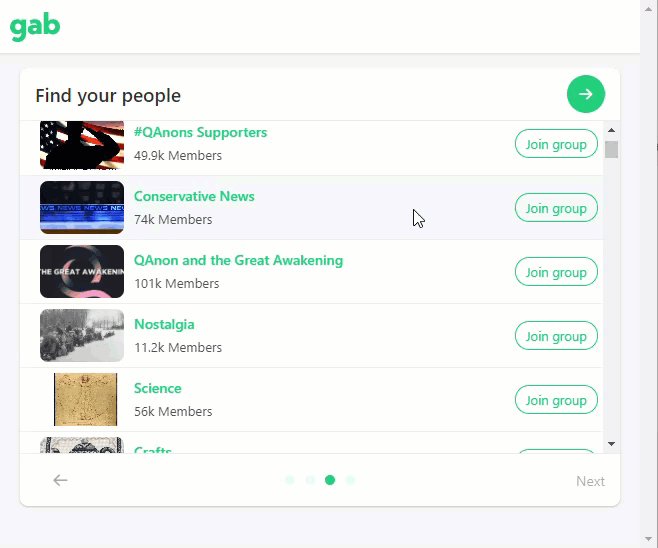 This makes for interesting reading and I'm learning as I go here folks so bear with me while I unpack this: https://t.co/NcPkhe3y99

"Over the past four years we have been banned from multiple cloud hosting providers" - Joyent ditched them in 2018 after the Pittsburgh’s Tree of Life synagogue massacre. GoDaddy also ditched them as did Microsoft.

They were also booted off payment providers including PayPal and Stripe and kicked off Medium as well. So they turned to crypto payments and were summarily removed from Coinbase too: https://t.co/BKljsdrLVh

On the app front, Apple declined their store submission due to violating their rules on hate speech: https://t.co/s0skE8VNW5

Same with Google - Gab was booted from the Play Store due to violating their hate speech policy: https://t.co/QxmzuiqVDf

So with Twitter and Facebook now removing more and more inciteful content then Google and Apple nuking Parler from their app stores and Amazon nuking it from, well, the entire internet, this is to be expected: https://t.co/LpwFyGVkCo

And no, the irony of a "free speech social network" disabling replies on their tweets was not lost on me 🤣 So to the original point, the chances of all the same content that's been removed from so many other places remaining easily accessible to the masses is... slim.

And they're struggling with perf again, 1.2 mins just to load posts from a user on the platform: https://t.co/PlVMVsR6tJ