SCOOP: China is using over $930,000 of foreign tech to control the South China Sea, mostly from US companies, including unmanned surface vehicle components and a military-grade countersurveillance device.

Thread on my findings: (1/)
https://t.co/NGEePcNFdY

I found that Sansha City has acquired or plans to acquire hardware, equipment, software, and materials from at least 25 different companies based in the United States, Sweden, Austria, Italy, the United Kingdom, Japan, and Taiwan, amounting to 66 items across 13 contracts. (2/) https://t.co/cMocH2fRiY 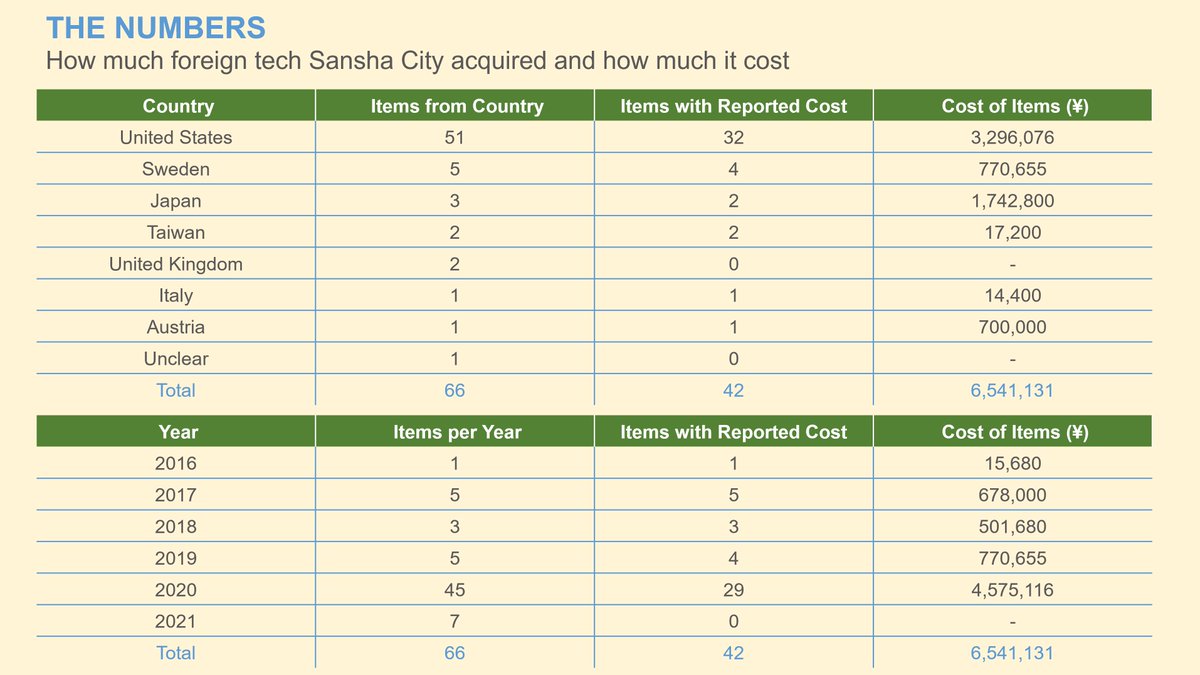 Sansha City is headquartered on Woody Island, is responsible for directly administering the PRC’s claims in the South China Sea, and has an extremely close organizational and operational relationship with the People’s Liberation Army (PLA). (3/)

This means that all of the foreign tech acquired by Sansha City, which is basically a civilian front for the PLA, is directly helping China assert control over the contested South China Sea at the expense of other countries in the region. (4/) 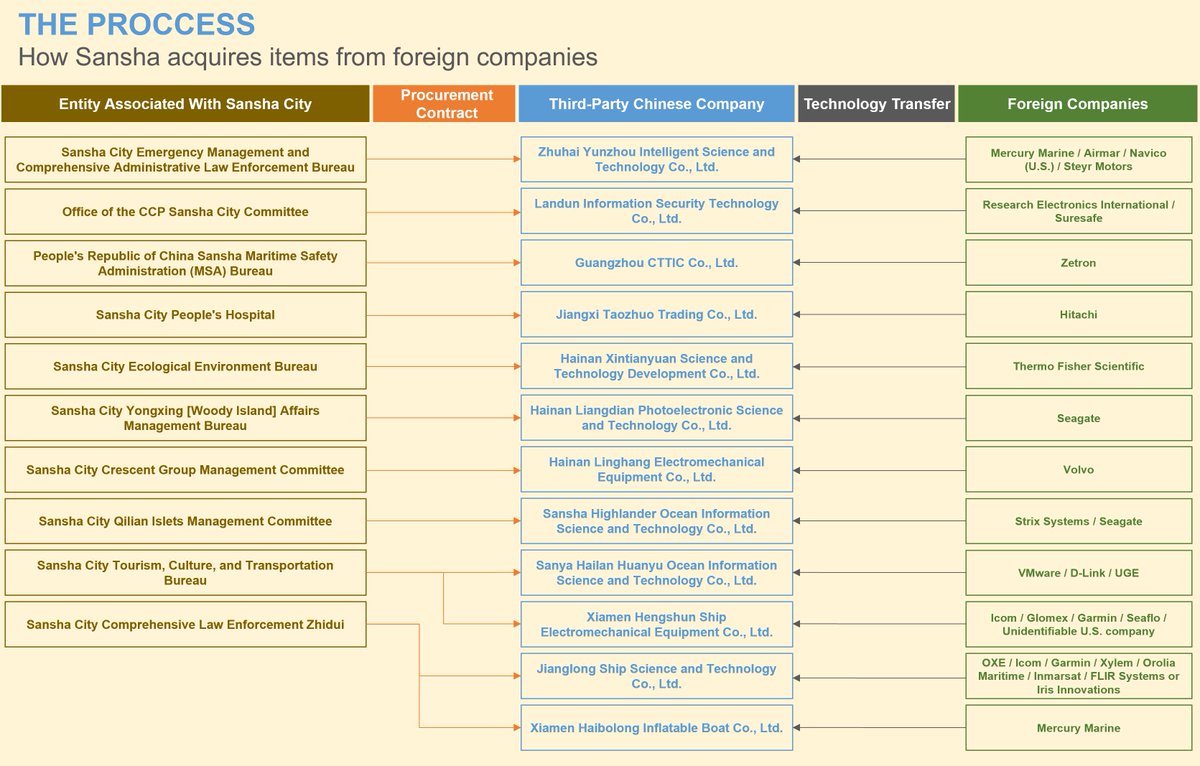 One notable example of how Sansha is using this foreign tech is in the L30 unmanned surface vehicle, sometimes known as the “Look Out”, which can navigate autonomously and mount a precision missile launcher. (7/) https://t.co/75cSCpNgqz 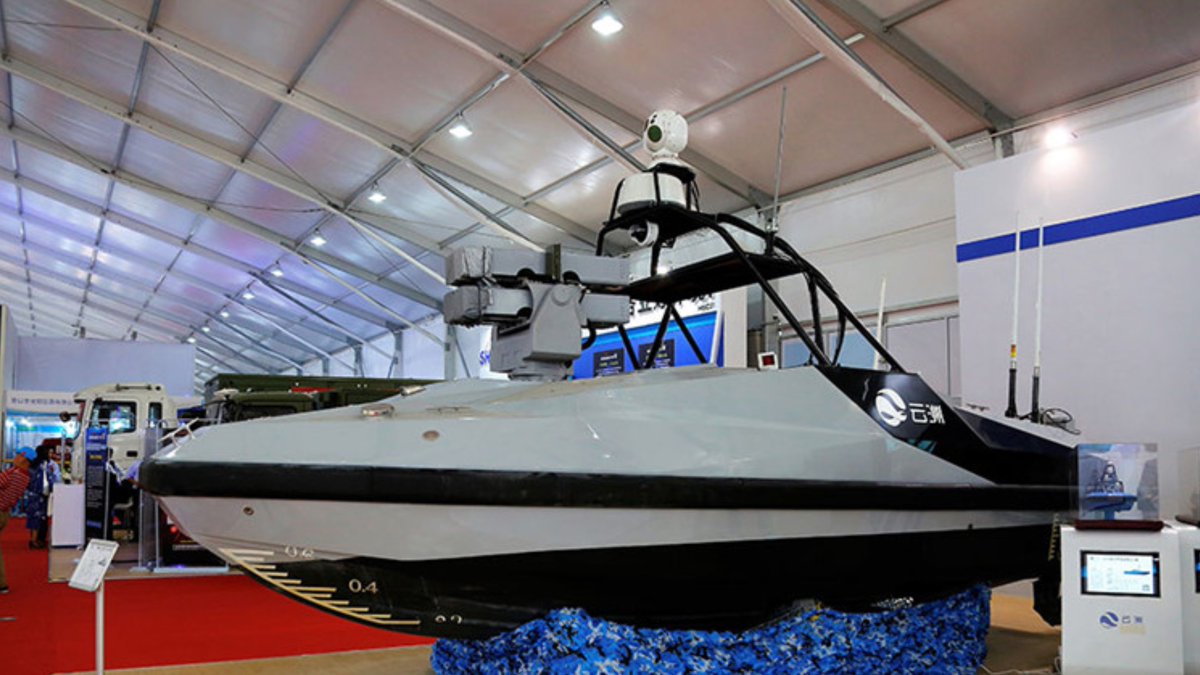 The L30 ordered by Sansha includes $233,571 of components from foreign companies, namely an AIS transponder, a weather monitoring device, two drives, and two diesel engines. You can even see the foreign drives on the L30 at expos and in promotional videos. (8/) https://t.co/BlgbkpAObS

The L30 is designed to carry out missions such as reconnaissance, precision strikes, and guarding islands and reefs as well as their surrounding waters. It will be used by Sansha City’s municipal coastguard force. (9/)

The city also appears to have acquired a countersurveillance device from Research Electronics International (REI), a US company. Records indicate that REI has sold this device and other products in the same line to the FBI, the DOD, the US Navy, and the US Coast Guard. (10/)

According to REI, the device can “rapidly and reliably detect and locate illicit tampering and security vulnerabilities on both digital and analog telephone systems” and “accurately analyze phones and lines for faults and security breaches.” (11/) https://t.co/1UfJaH4wyW 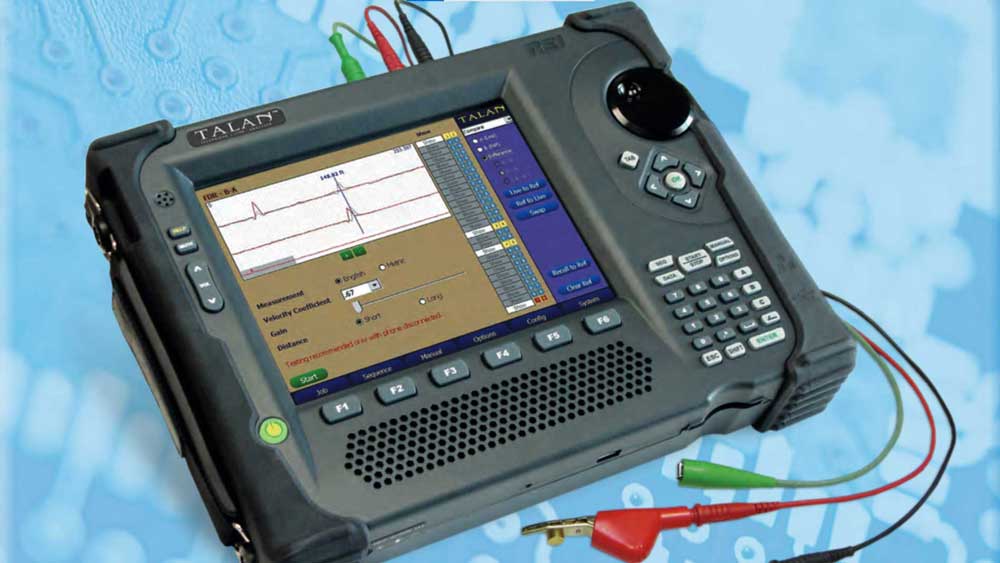 REI told me that “all of our sales, throughout the world, are made in full compliance with the law and US export regulations” and that “we have no records of the companies you are inquiring about and we have not made any sales to Sansha City.” (12/)

If REI’s statement is accurate, that means Sansha City may have illicitly acquired the device in question, which relevant U.S. authorities might view as a sensitive item subject to certain export restrictions on national security grounds. (13/)

I talked with @emily_sw1, @afeng79, and @jmulvenon about how Sansha City’s behavior mirrors longstanding Chinese government tech transfer practices and why this issue is a big concern for the US government. (14/)

Importantly, because Sansha is still actively acquiring foreign tech, unless the U.S. government and other relevant authorities take action, China’s efforts to dominate the South China Sea will continue to be supported by foreign technology. (15/)

Be sure to check out the full article for more details and this fantastic cartoon by @RadioFreeAsia’s cartoonist! (16/) https://t.co/dCMcsWbXTi 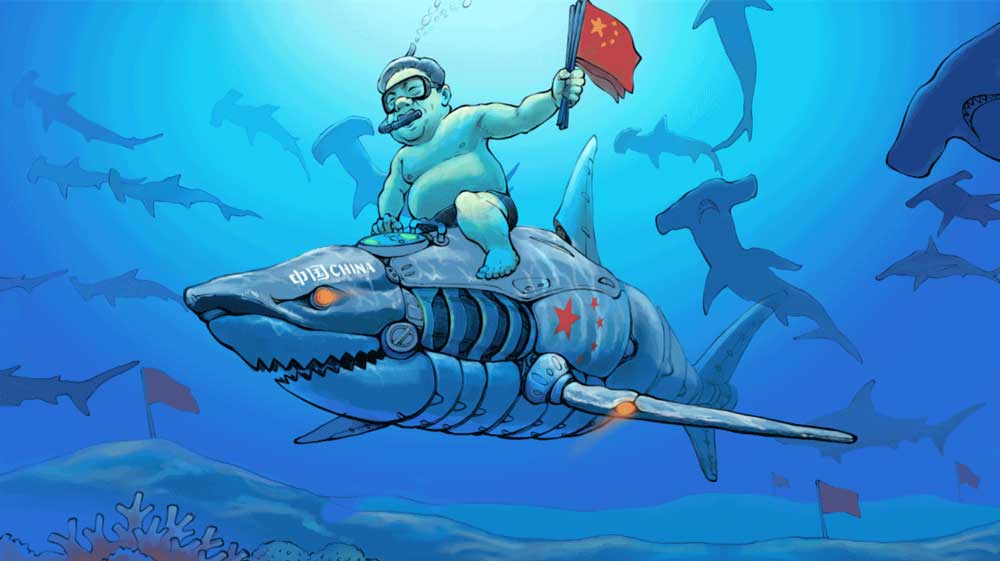