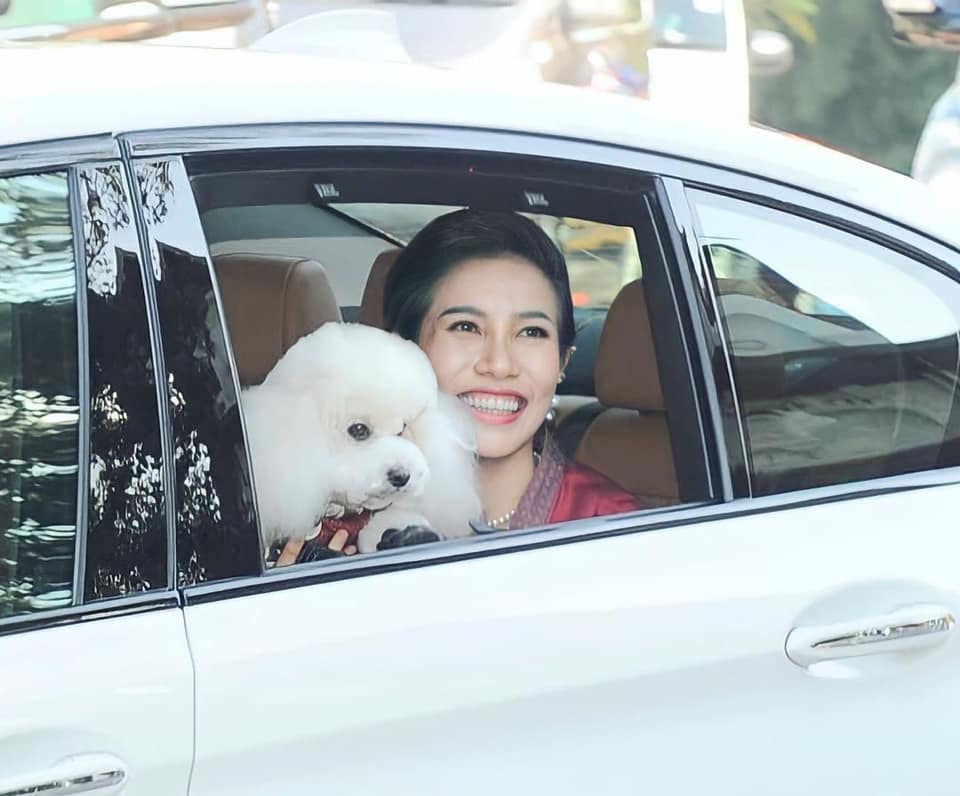 Three months ago, in August, a letter was sent to an address where I used to live, and was forwarded to me. Inside was a SD card with 1,443 photographs that had apparently been extracted from 3 iPhones that Koi used to own — an iPhone 4S, an iPhone 5S, and an iPhone 5.

The photographs are clearly from Koi's personal phones. Most of the images are photographs she took of herself, and dozens of them are sexually explicit. It seems probable that she had taken explicit photographs of herself to send to Vajiralongkorn. 4/15

The envelope had a fake return address — Gardenshutzenweg 71-101 in Berlin, an office of Germany's BND foreign intelligence agency. It also included a letter claiming that the images had been obtained by pro-democracy Thai hackers. However this is almost certainly untrue. 5/15

The photographs were sent to me shortly before Koi was released from Lat Yao women’s prison in Bangkok and returned to Munich on August 29 to rejoin Vajiralongkorn, with all her royal titles and privileges restored. 6/15

Koi's return was bitterly opposed by palace factions supporting Queen Suthida and Princess Bajrakitiyabha and it is highly probable the images of Koi were leaked in an effort to sabotage her return as Vajiralongkorn's consort. 7/15

This kind of thing has happened several times before in Thailand's royal family. When Vajiralongkorn expelled second wife Yuvathida Polpraserth in 1996, naked photographs of her were sent "to embassies and newspapers and posted on the Internet," according to @PaulHandley2 8/15

In 2007 a notorious video was leaked showing Vajiralongkorn's third wife Srirasmi semi-naked at her birthday party in 2001, and many naked photographs of Srirasmi have been leaked over the years. 9/15

After receiving the photographs in August, I made the decision not to publish them, or even to publicly mention that I had received them. 11/15

In my view, publishing intimate private photographs of Koi is an invasion of privacy that can't be justified in terms of providing significant valuable new information to the public. 12/15

However, the photographs are now starting to be shared by others. Pavin Chachavalpongpun commented on October 25 that he had also received them, and since then he has shared several of the images, although so far none of the most explicit ones. 13/15

Some media organisations have also received the photographs and are likely to publish some of them soon.

So in these circumstances, I decided to explain what I know about the background of these leaked images, although I still will not be publishing them. 14/15

They show there is an ugly power struggle in the palace due to Vajiralongkorn's chronically complicated sex life, and the royal civil war is likely to get progressively worse as Suthida and Koi compete for status and attention. 15/15